The teenager has mostly stepped away from the spotlight after spending four years in the White House with dad Donald and mom Melania. 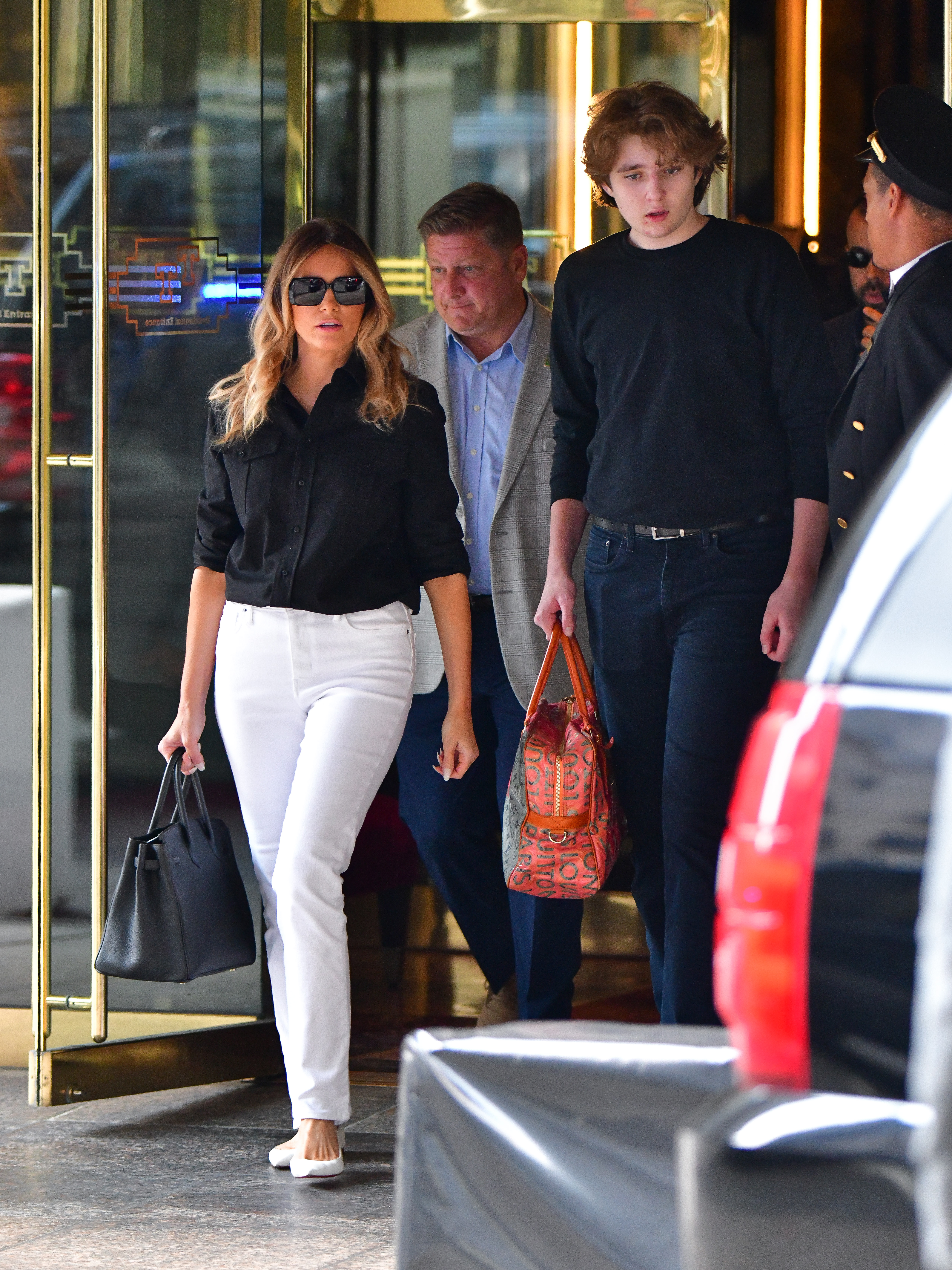 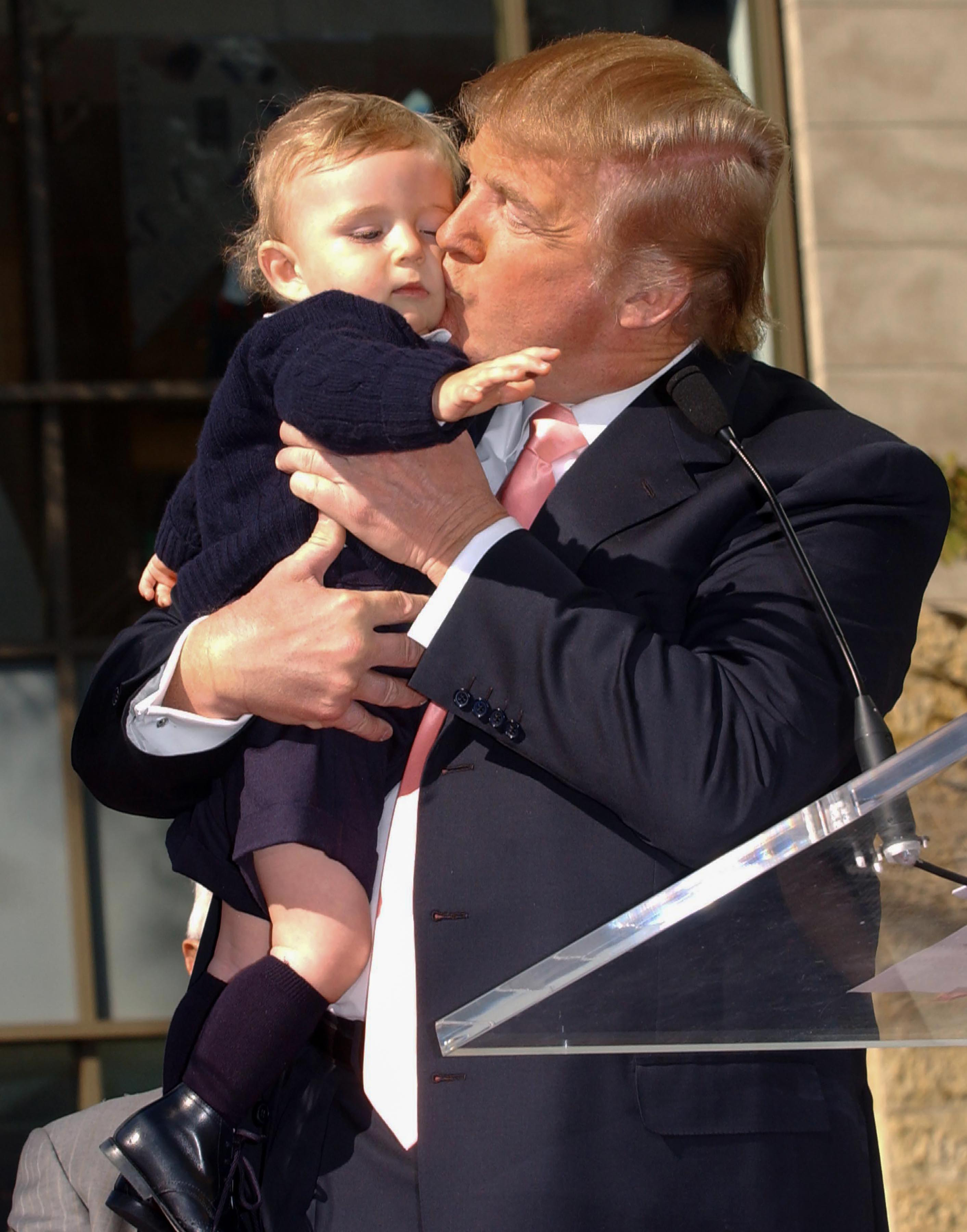 It is unclear exactly how the Trumps spent the day celebrating Barron's birthday on Sunday.

But Barron did not appear to have a public celebration.

Instead, he may have enjoyed time with friends from his $34,800-a-year private Palm Beach school.

A spokesperson for Oxbridge Academy, which was founded by a Koch brother, has already confirmed Barron will graduate from the class of 2024. 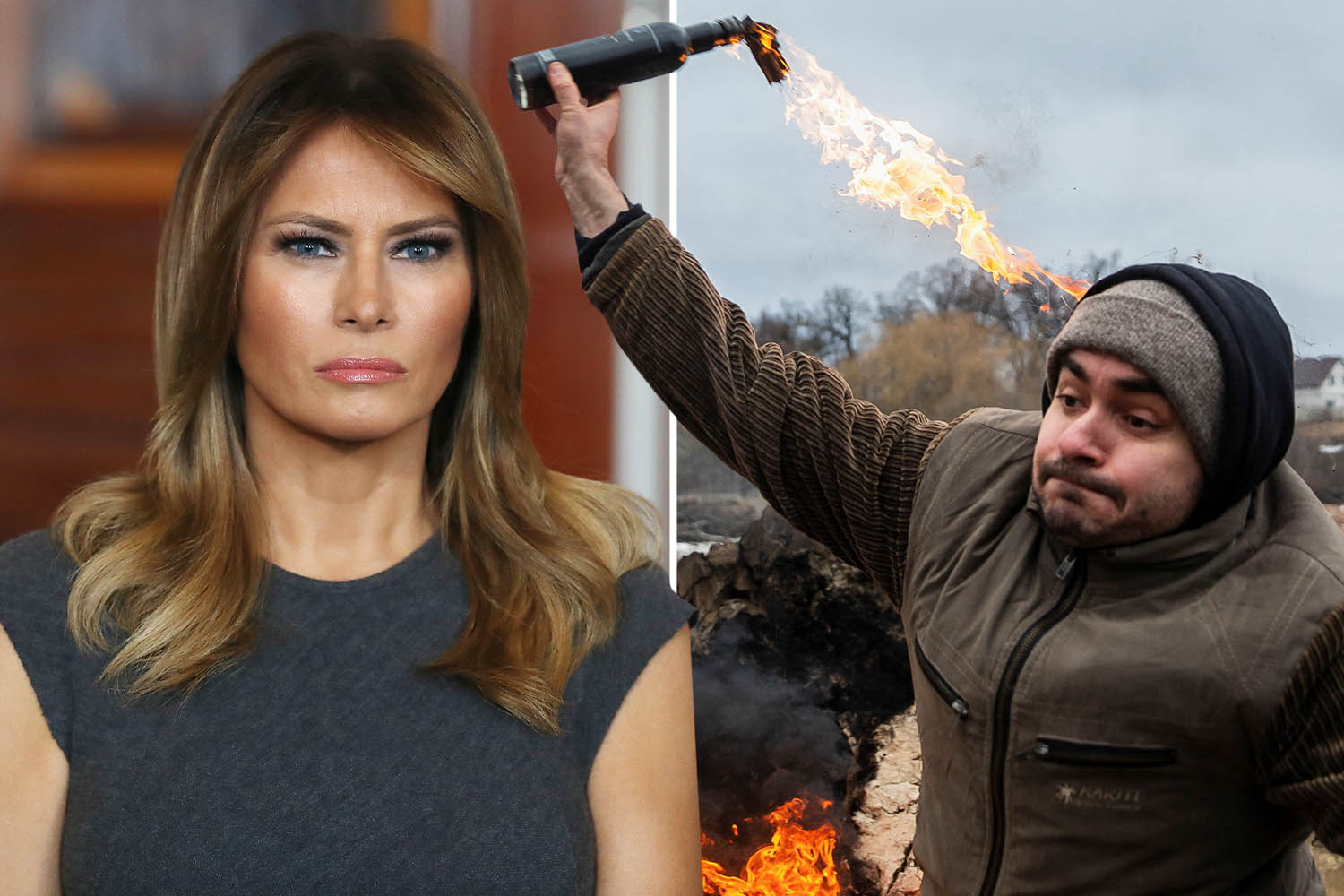 Known in the family as “Little Donald”, the youngster already towers above his 6 foot 3 famous father at 6 foot 7.

His mom Melania last year shared heartwarming pictures of her son calling him "my champion."

The former First Lady shared best wishes to her son on his 15th birthday, writing: "Happy birthday BWT," alongside a picture of "15" balloons.

Melania went on to share pictures of a beach day where the youngest Trump charge manning a shovel in front of an opulent sandcastle.

She also posted a sweet selfie snapped in 2014 where jetskiing with Barron holding on tight behind her in the water.

And she shared a snap a year later of Barron and his father pacing together while dressed in identical suits.

Melania revealed in 2015 her youngest son enjoys playing sport and described her only son as a "very strong-minded, very special boy."

She added: "He is independent and opinionated and knows exactly what he wants."

Barron, who "wanted to be like daddy" at the age of five, also loves to build things, pays attention to detail while drawing, and remembers "everything" he sees when he travels, Melania said.

Speaking at Liberty University back in 2018, Melania revealed her son to be "all into sports."

Barron has been spotted wearing an Arsenal Football Club shirt on the White House front lawn.

The former president's son has also played with Arlington Soccer Association’s under-14 and DC United under-12 teams, SCMP reports.

Dad Donald admitted in February that his son is able to hack into his computer, even after locking it.

“I have a young son, Barron. He can make his computer sing,” Trump said.

Rare Barron sightings over the past year showed the teenager towering over the former president and his ex-model mother.

Barron was spotted with Melania last July while they visited New York and he carried her bag as they left Trump tower.

If Barron continues his growth spurt, he could soon be the tallest of the Trump kids by far.

Eric is 6-foot-5-inches while Donald Jr is 6-foot-1, Ivanka is 5-foot-11-inches and Tiffany is 5-foot-8-inches, the International Business Times reported.

In October 2020, Trump revealed his son Barron had Covid-19 for "like two seconds" as he declared the pandemic shouldn’t stop kids going to school.

The President gave the update on Barron's condition to supporters hours after First Lady Melania told how the 14-year-old had tested positive for the virus.

Addressing a rally in Des Moines, Trump also told how he was impressed at just how quickly the teenager had bounced back to health.

"And he had it for such a short period of time, I don't even think he knew he had it…because they're young and their immune systems are strong and they fight it off," Trump said.

Melania confirmed Barron is "a strong teenager and exhibited no symptoms."

Barron has appeared on TV alongside his dad on both The Apprentice and The Oprah Winfrey Show.

He made few appearances during his father's presidential campaign, with Melania saying the couple wished to shield him from the spotlight.

But he did attend Trump's inauguration becoming a viral hit online after he couldn't keep his eyes open at his father's acceptance speech after the 2016 election.

The Sun has contacted a representative of the family for comment. 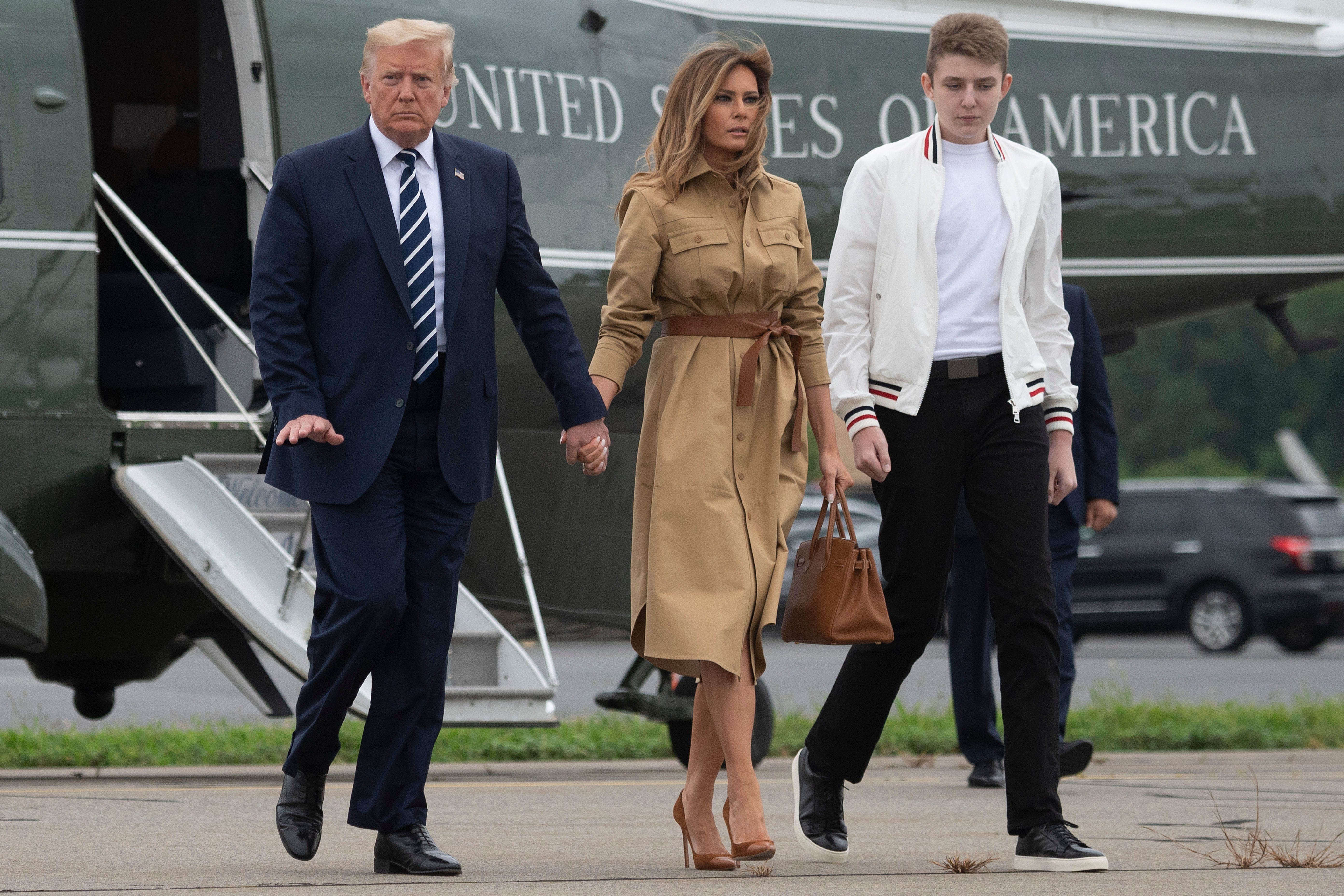 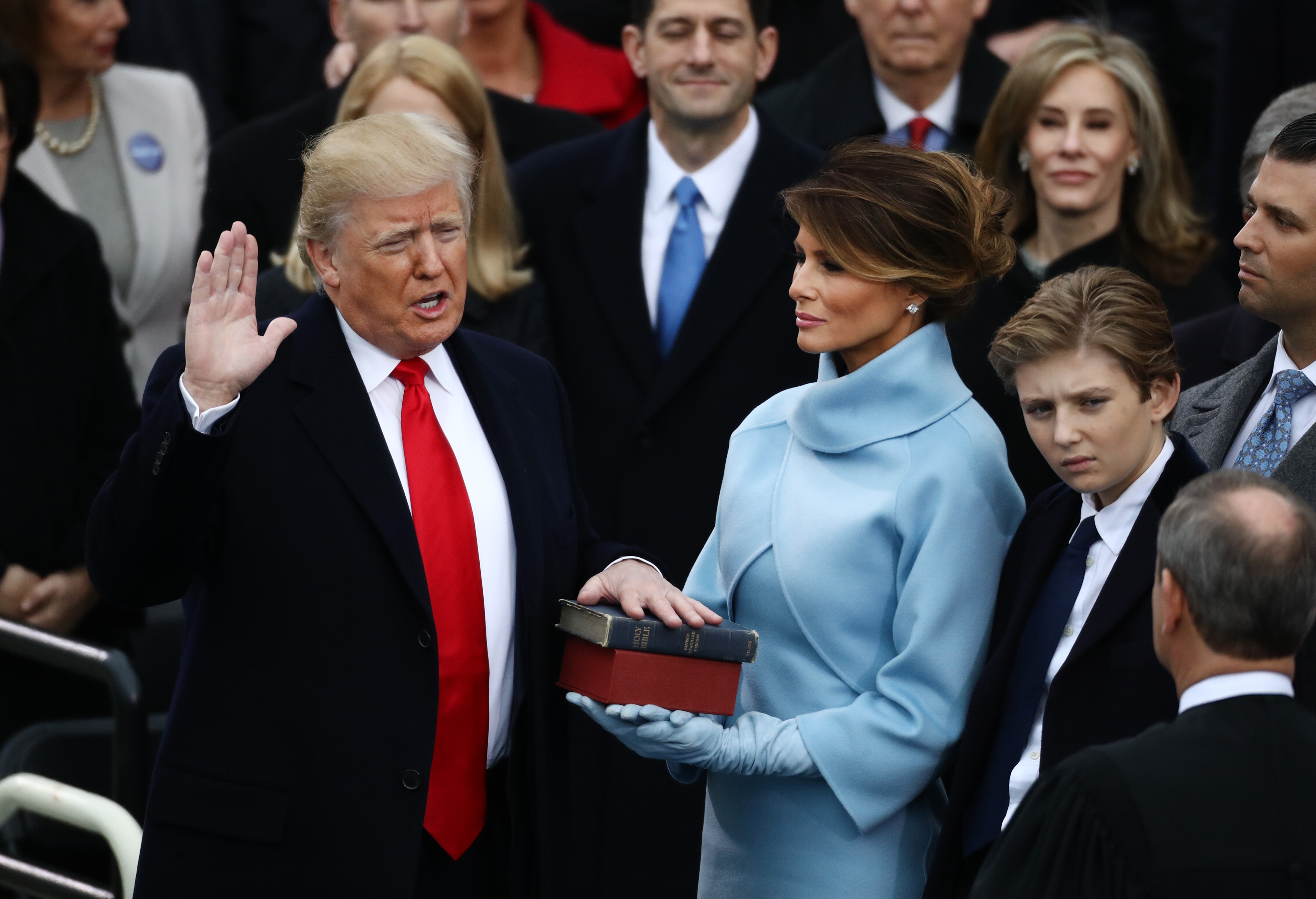