THESE troubling images show the dark side to captive wildlife tourism where monkeys are forced to do sit ups and bears ballroom dance on ice.

The animals are kept in filthy cages and beaten to perform tricks for holidaymakers. 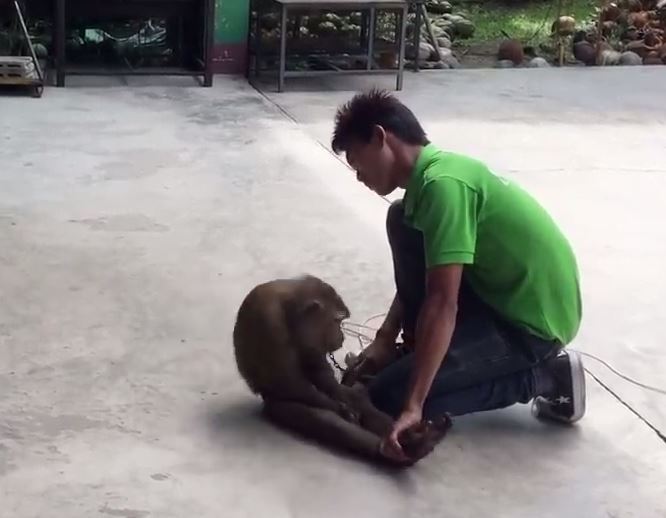 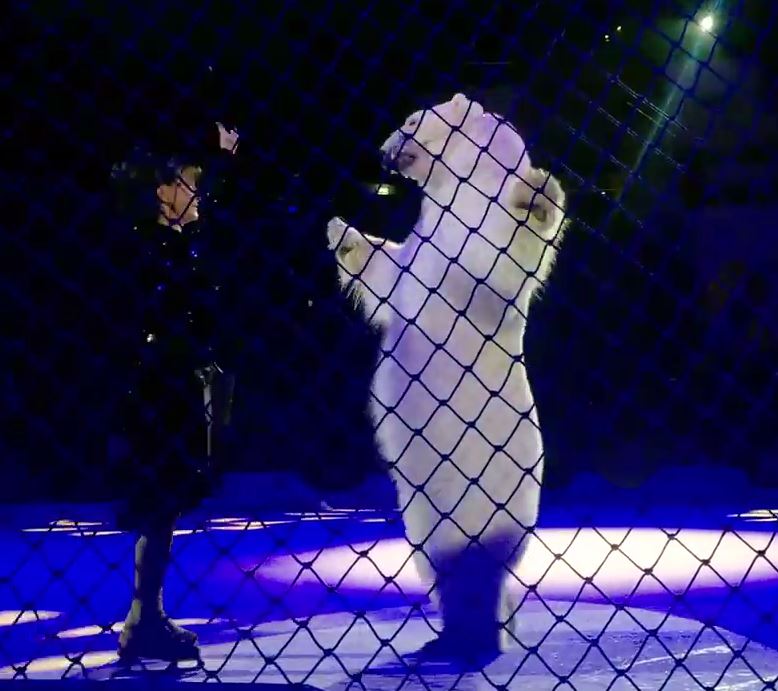 Elephants are shackled with blood oozing from their wounds as they are made to endure giving tourists rides, painting for them or to stand on their back legs in Thailand.

In another harrowing image from Thailand, tourists pose with a cathartic tiger while chained to a table.

Although wildlife tourism isn’t a new concept, the industry is booming thanks to social media, a National Geographic report has found.

Every time someone shares an image posing with a tiger or riding an elephant it becomes viral advertising for the attractions.

Well-meaning endorsements from influencers and trendsetters are potentially legitimising the unethical and harmful attractions.

These close-up experiences offer so much viral advertising that from 2014 to 2016 the number of wildlife selfies quadrupled, the report adds.

The tigers living in the squalor and unnatural conditions may be declawed, drugged or both.

There are always cubs available for tourists to snuggle with because the big cats are speed bred and separated from their mothers a few days after birth.

Other images show a tiger cub with a cone around its head in a cage.

In one part of Thailand, one toddler elephant is tied to a spiked chain because she has a tendency to kick.

Meena cannot put her foot down because the spikes only press deeper into her ankle.

Monkeys are often chained and taught tricks like riding a bicycle in Thailand.

In one image, a monkey is rocking itself and back forth while a man holds it down.

Polar bears wear muzzles and ballroom dance on ice in Russia and beluga whales are forced to perform under a inflatable tent.

One image shows how two men wrestle and hold crocodiles up for crowds to see in Bangkok.

Natasha Daly, one of the report’s authors, said that the tourist’s intentions stem from their love of animals but they don’t realise they’re exploiting the creatures they love.

She said: “The wildlife tourism industry clearly caters to people’s genuine love of animals, and the industry’s economy depends largely on people believing that the animals they’re paying to watch, ride or feed are having fun too.

“But what we found in our reporting is that this is rarely the case.

“Instead, many businesses that have been bolstered by an increased demand for animal encounters seek to maximize their profits — and to do so, they’re exploiting animals from birth to death.” 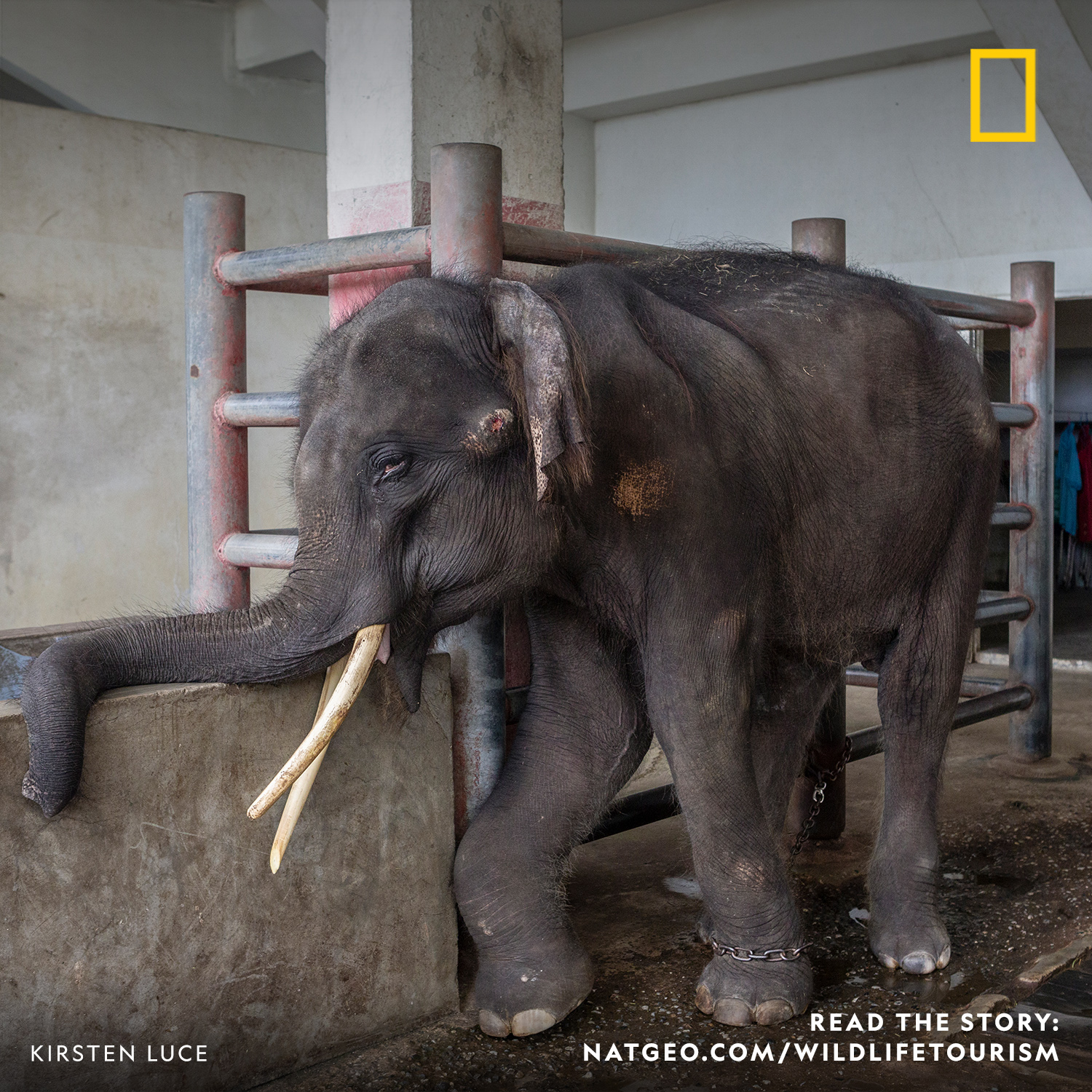 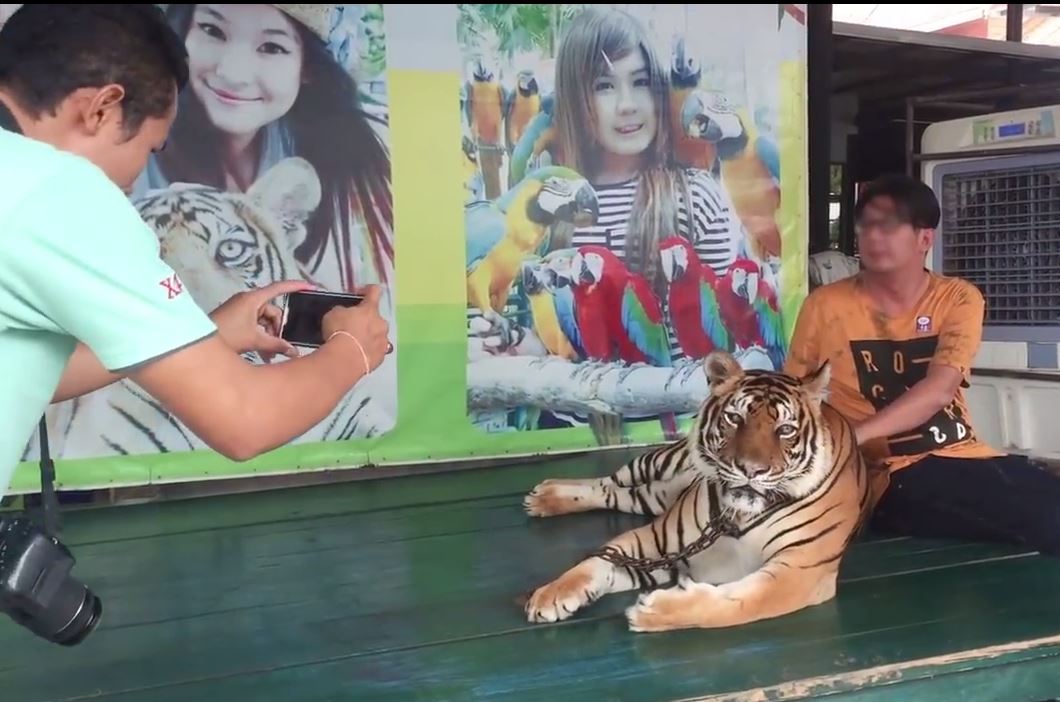 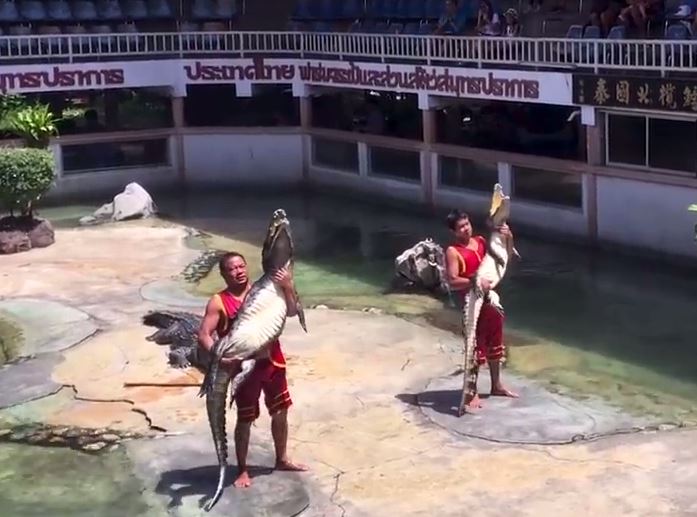 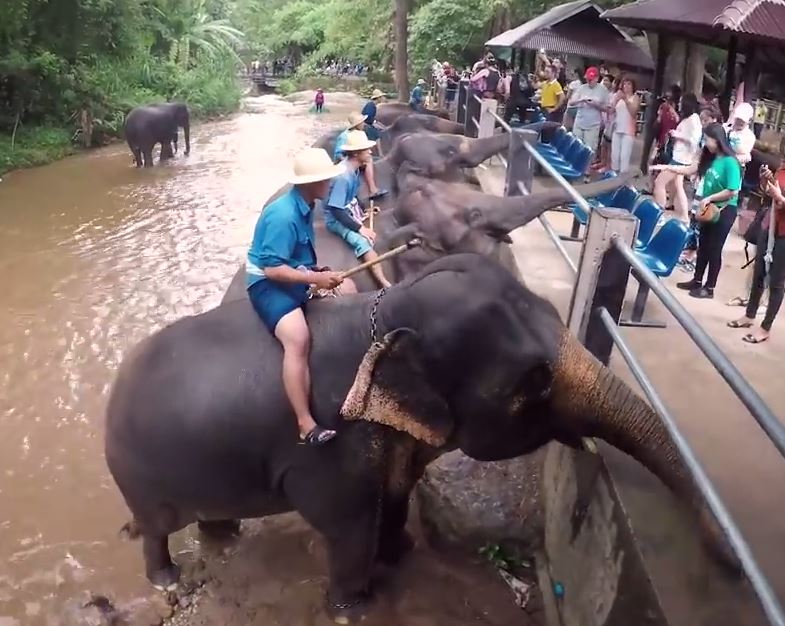 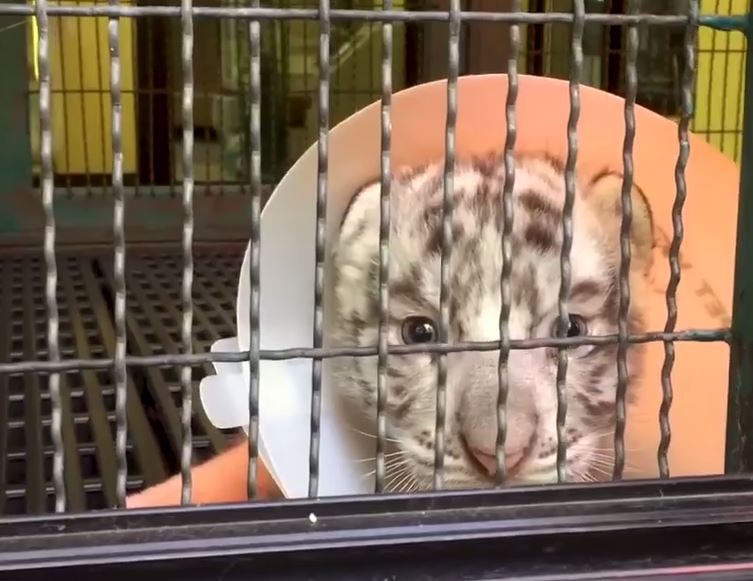 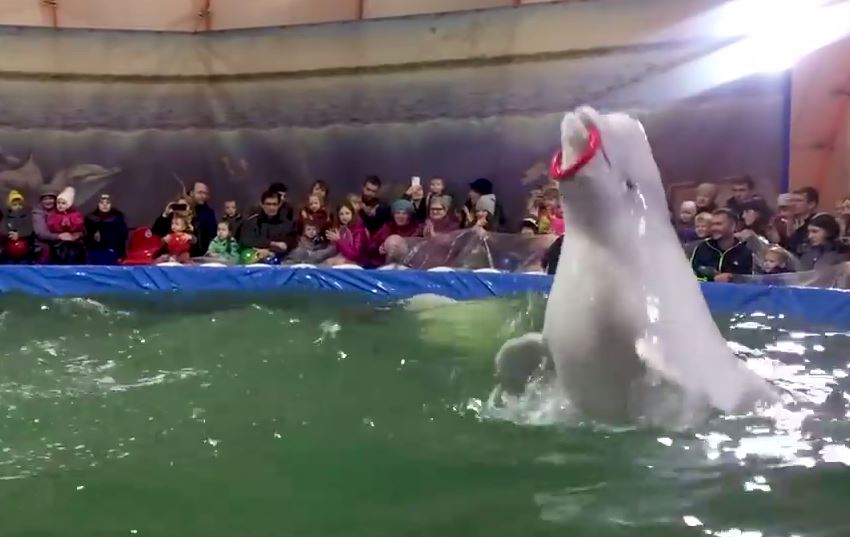