AN INSTAGRAM model complained about "mask police" after a Tube passenger unleashed a foul-mouthed rant at her for not wearing a mask.

The 22-year-old, who goes by Duana W, filmed the man yelling "F***ing sort your s*** out" as she stood on the platform at the Tottenham Court Road station. 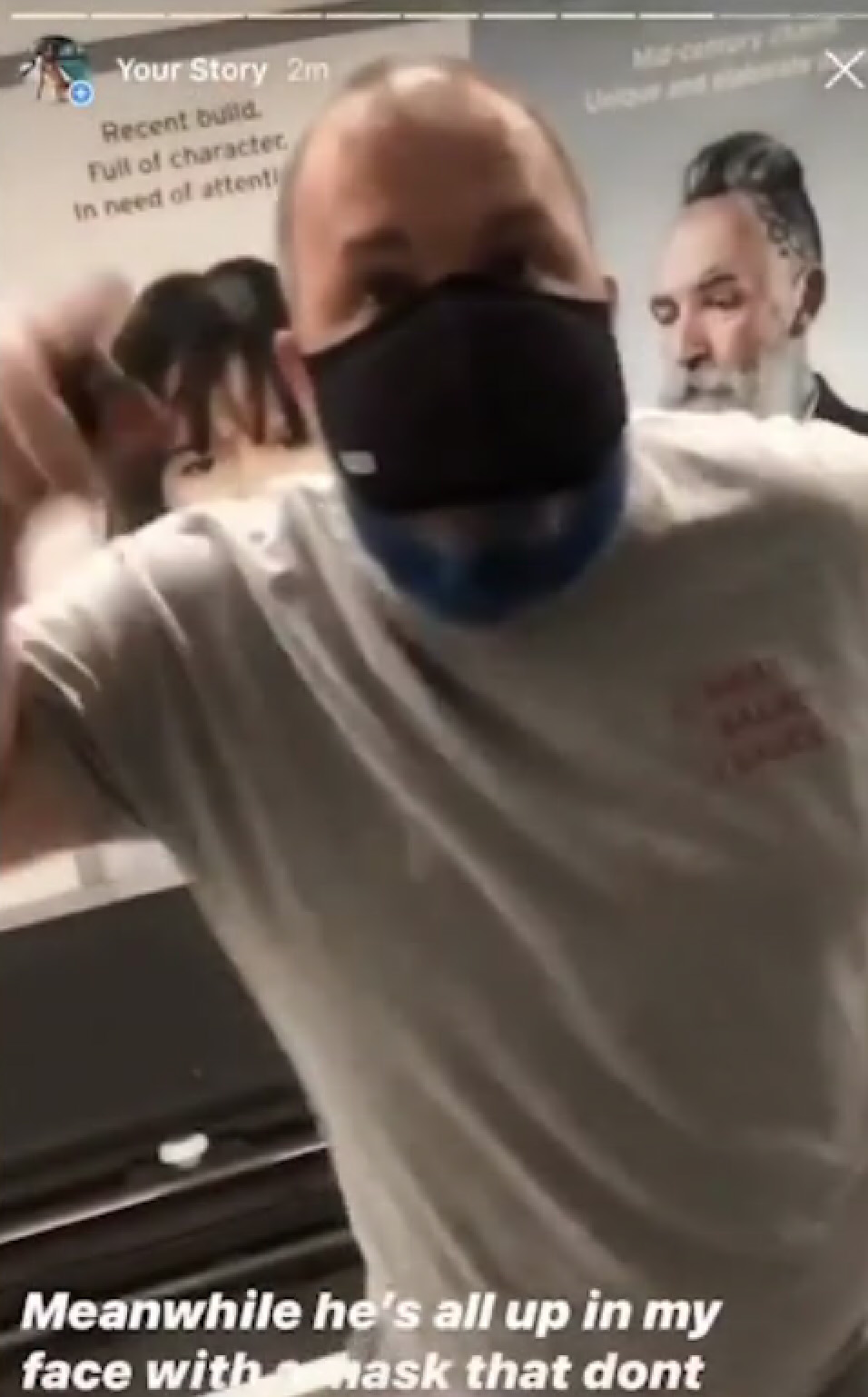 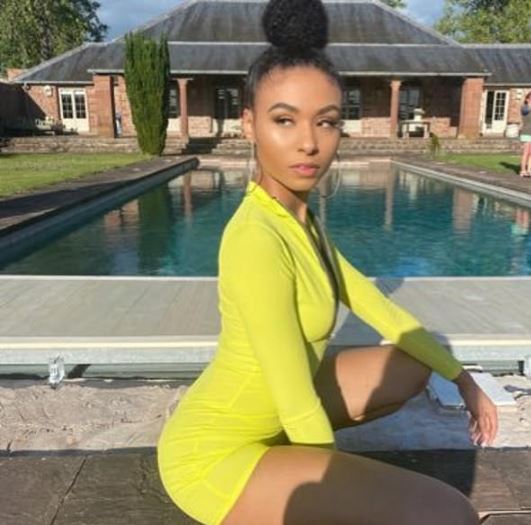 The footage showed the bald man confronting the young woman on Sunday, yelling: "There might be other people who are scared to confront you.

Duana W, who has more than 11,000 followers, then shared the footage – hitting back at the man for being "all up in my face".

It wasn't until another passenger told the man to step back that he finally walked away.

Face masks have been compulsory on public transport since June 15.

British Transport Police today confirmed they were investigating as Brits took to social media to weigh in on the debate.

One wrote: "I would agree that the delivery is off- especially when talking to a woman, but at this point, with folks continuing to die and the curve not flattening, people are just selfish."

Another added: "Disgraceful, rude way he spoke to you, but, it's a responsibility to wear a mask now."

A third said: "Sorry but he's right. Unless you have a medical issue which you clearly haven't otherwise you would have spoken up, you should be wearing a mask.

"Everyone should be wearing a mask as per the instruction. It's you that are passing the virus around. You should be embarrassed." 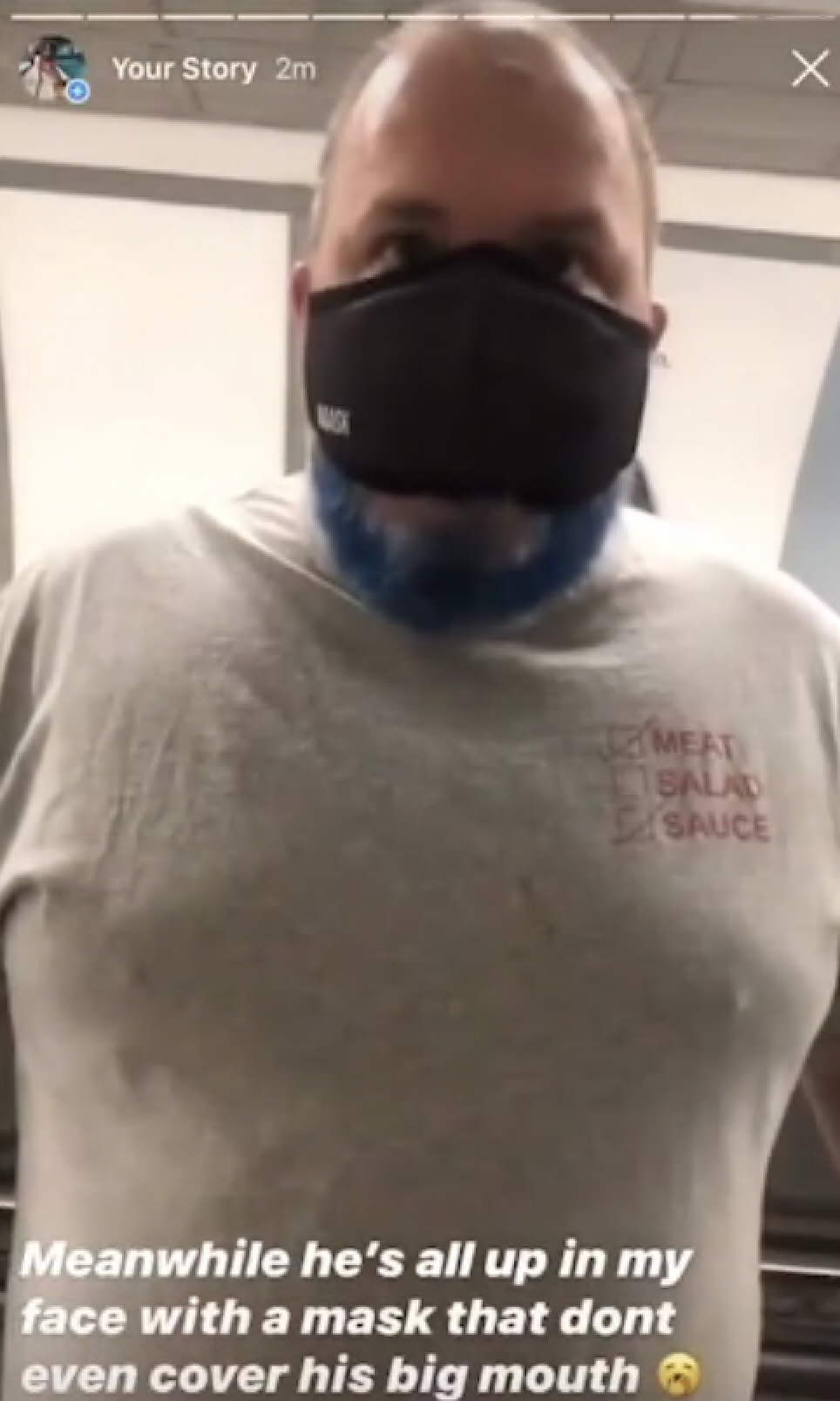 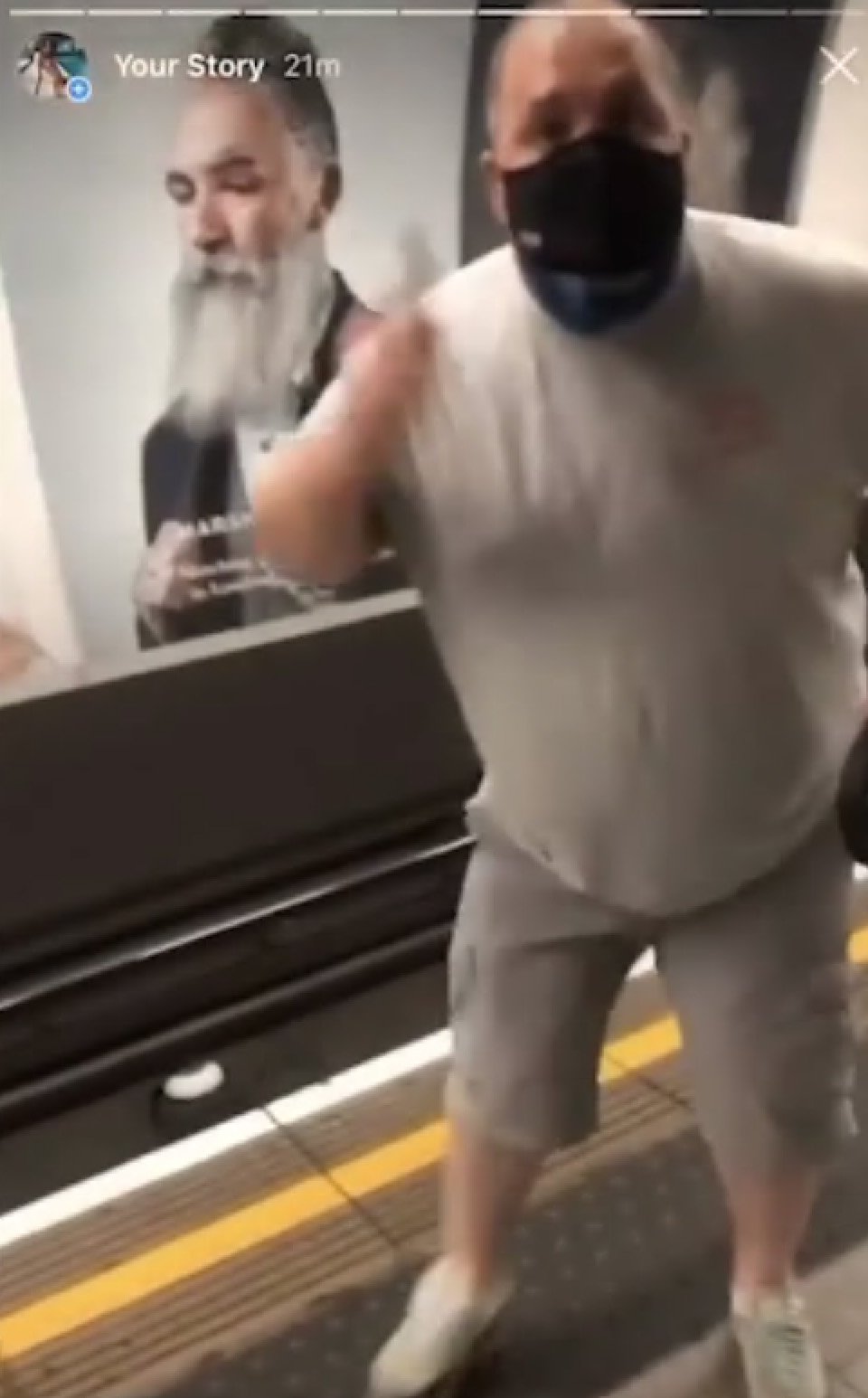 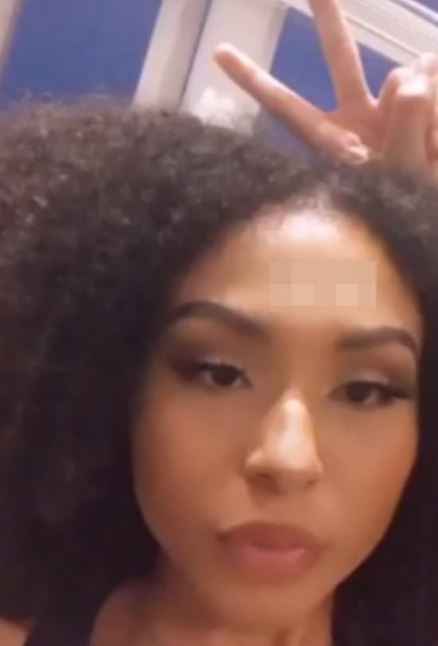 However after the footage went viral, the model wrote: "I actually do wear a mask when its needed however it wasn't needed on a virtually empty, socially distanced, hot Central line platform at 11pm on a Sunday night.

"I can assure you no one was put at risk by me not wearing it apart from the blue bearded Peter Griffin looking a** who came into my personal space harassing me.

"He was clearly looking for a fight which is why I didn't provoke him further by answering him and I doubt he cared for anyone's health as he claims when clearly doesn't care for his own."

Face masks have been compulsory since June 15 in an effort to stop the spread of coronavirus.

Wearing masks may reduce the risk of spreading the virus but it won't stop someone from catching it.

They are far less effective if not worn and fitted properly as they will not be able to form a seal and filtration.

Also, the majority of face masks only work once and then they either need to be disposed of or sanitised.

If you buy or make your own cloth mask they can be reused if you wash it thoroughly at over 60C.

What are the rules for face coverings?

Face masks are compulsory in:

Masking the mouth and nose reduces the risk of asymptomatic carriers — people who are infected but showing no symptoms — from passing on the bug.

And while face masks are compulsory on public transport, the rules do not cover bus stops, railway stations and other terminals. It is encouraged by station staff, though.

Anyone not wearing a mask will be kicked off unless they are disabled, young children or have breathing difficulties.

A simple face covering is all you need to keep relatively safe in day to day circumstances like public transport.

Experts say this could be a scarf or a bandana wrapped around the nose and mouth, rather than a surgical face mask which should be reserved for medics.

While no mask can guarantee you not catching the virus, it will catch a lot more infectious airborne particles than nothing, upping your personal safety drastically.

Who doesn't need to wear a mask?

A British Transport Police spokeswoman said: "We are aware of this video that is being circulated on social media and our officers are looking in to it further.