The loss of hundreds of thousands of international students to Australia’s strict border closures will punch an $18 billion hole in the economy, as the Morrison government warns universities to be less reliant on foreign fees in the wake of COVID-19.

Research commissioned by The Sunday Age has shed fresh light on the devastating economic impact of coronavirus, particularly in Melbourne’s CBD – which has lost almost half of its student population since December 2019 – and in education hubs in the outer suburbs such as Clayton, Box Hill and Springvale. 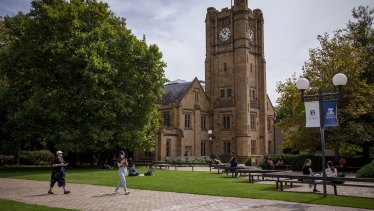 Universities are reeling over the loss of international students due to Australia’s strict border closures Credit:The Age

The figures come as the sector faces its biggest crisis in decades. Universities have slashed courses and subjects, and at least 17,300 higher education jobs have been lost nationally following the slump in revenue caused by the collapse in enrolments of international students, who pay high up-front fees.

There are now widespread calls for a rethink of higher education funding, which comes in part from the federal government but increasingly from international student fees. 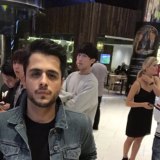 Saad Ahmed, a former student at Holmes Institute in Melbourne, who has a 485 post-study visa but is stuck in Pakistan due to COVID border restrictions.

About 260,000 have been stranded offshore since the pandemic, including Saad Ahmed, who attained his Bachelor of Professional Accounting from Melbourne CBD private college the Holmes Institute in late 2019.

After more than four years of study in Australia, Mr Ahmed went home to visit family in Pakistan in January 2020. He has been stuck there ever since, waiting anxiously as the temporary graduate visa he paid $1950 for nears its expiry date.

“My visa is expiring in December 2021 and I don’t know if I would ever be able to get back,” he said.

An education industry expert said the Victorian government was lagging behind other states in taking action to restart the flow of foreign students, despite international education being the state’s single biggest export.

“NSW, South Australia, the ACT and the Northern Territory have all advanced their plans but Victoria is still at the drawing board stage,” said International Education Association of Australia chair Phil Honeywood.

Concerns about Victoria’s inaction intensified this week after the NSW government called for expressions of interest from student accommodation providers to set up a stand-alone quarantine system for returning international students.

Tender documents show the plan would accommodate students beyond the state’s weekly cap of 3000 international arrivals a week, “and sit alongside the current quarantine hotel model applying the same protocols and processes and led by NSW Police and Health.”

The Victorian government, meanwhile, was given a proposal three months ago to set up a special quarantine program using existing student housing now largely vacant due to COVID border closures. The plan was backed by commercial entities and presented by Mr Honeywood on behalf of the sector, but the government has not responded.

It has instead focused its efforts on a “short-term recovery plan” announced in December, involving greater online support to help domestic students and those studying offshore.

“We look forward to welcoming international students back to Victoria when it is safe to do so,” a spokeswoman said. 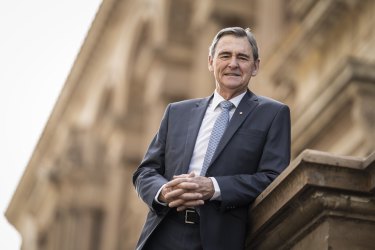 Former Victorian treasurer John Brumby, who is now chair of the International Education Advisory Council, is pushing for a standalone quarantine facility to be built near the airport, partly funded by universities and commercial developers.

“I think a substantial proportion of them would be willing to contribute to such a facility,” he told The Sunday Age. “The big issue is getting federal government support and approval.

“But if you want to get the CBD and the national economy going, we need to be bringing in international students, skilled migrants, family reunion and tourists – in that order.”

With so many foreign students unable to get back to Australia, the Mitchell Institute’s analysis for The Sunday Age found that their contribution to the nation’s economy is set to almost halve from a high of more than $40 billion in 2019 to an estimated $22 billion by the end of this year – a drop of almost $18 billion.

In Victoria, the economic hit will be $6 billion, while in NSW, it is expected to fall by $7 billion. The forecasts show the economic damage is likely to worsen through 2021.

Mitchell Institute policy analyst Peter Hurley warned the pain would continue as the number of international students finishing courses continued to outweigh the number of students replacing them.

“Even if the government did open the border or try to find temporary quarantine arrangements, it may not be enough to stop the decline,” he said.

Federal Education Minister Alan Tudge has told vice chancellors to diversify their revenue streams by doing more to commercialise research, broaden the countries from which they source international students and focus more on domestic students.

“International students have been good for our country in terms of revenue they’ve provided – in terms of the individuals which stay on and become great citizens and in terms of the relationships with other countries – but at the end of the day, the purpose of our public universities is to teach Australian students, and we shouldn’t forget that,” Mr Tudge told The Sunday Age.

However, one year after the Morrison government told international students to “go home” as it shut the nation’s borders, the government’s approach has fuelled concerns that students will increasingly turn to competitor countries such as Canada and the UK.

Angela Lehmann from international education consultancy The Lygon Group said her research – based on 28 written accounts of what life has been like for Chinese students over the past year – showed many felt an acute sense of shame and embarrassment within their communities for not being able to return to Australia to complete their studies.