IRAN says it's "ready for war" after shooting down a US "spy" drone today as tensions continue to rise in the Persian Gulf.

The Islamic Republic's state-run IRNA news agency has insisted the country's Revolutionary Guard hit the drone when it flew over Iran in a "clear message" to Washington.

But in a shocking twist it was claimed the image Iran used to make the claim is fake – and actually shows a drone being shot down over Yemen two years ago. 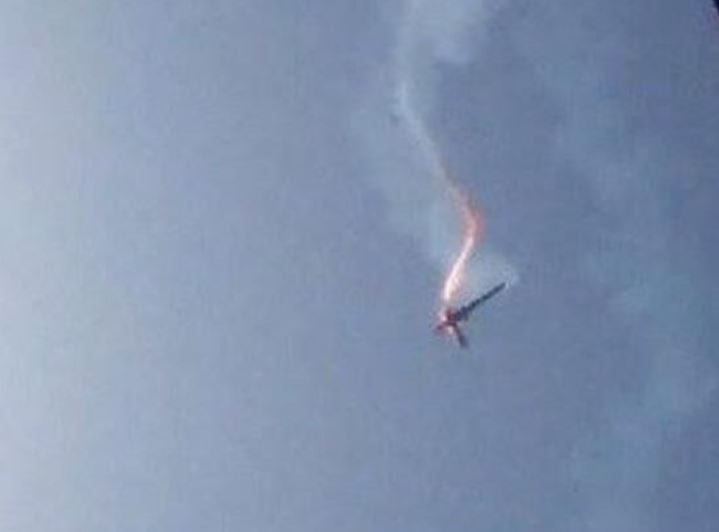 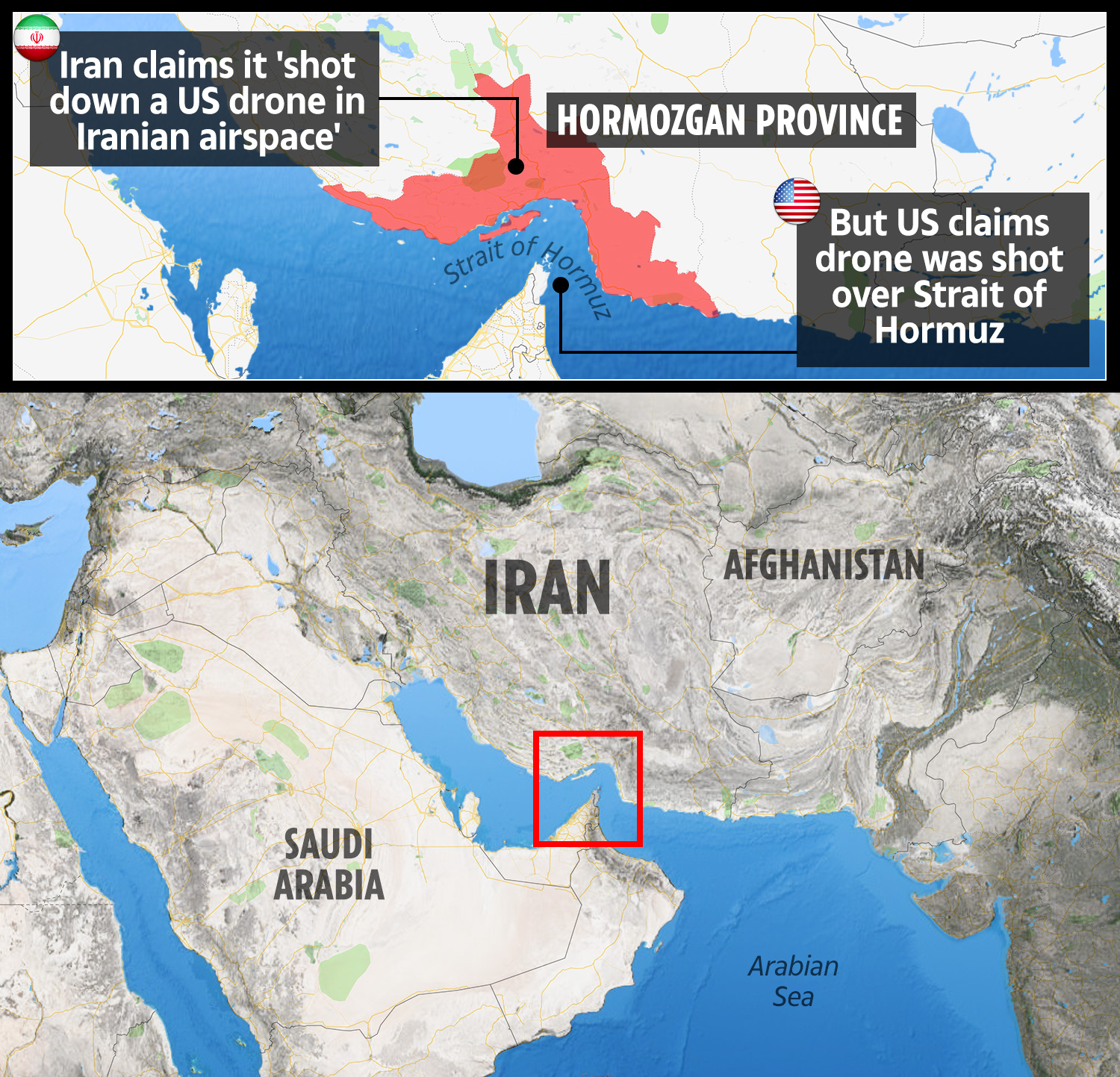 The US military challenged Iran's claims saying the drone was gunned down in international airspace over the Strait of Hormuz by an Iranian surface-to-air missile.

Hossein Salami, the commander of Iran’s Revolutionary Guard, said that Tehran does “not have any intention for war with any country, but we are ready for war" while insisting "our airspace is a red line".

Speaking on Iranian state television, he said this morning's incident sends a “clear message” to the US while issuing a threat to the country's "enemies".

General Salami said: "We warn enemies of any aggression at this stage and assure them that we can reach them wherever they are."

IRNA, citing the paramilitary Revolutionary Guard, identified the drone as an RQ-4 Global Hawk – an unmanned aircraft system (UAS) which can fly at high altitudes for more than 30 hours.

When revealing Iran had shot down the drone, the country's state-run IRNA news agency released a picture of an aircraft appearing to spiral towards Earth.

It claimed the image showed a RQ-4 Global Hawk, a US military drone, being blasted out the sky over Iranian territory.

However the same photograph – albeit in a wider crop – had previously appeared in a two-year-old report of a spy drone being shot down over Yemen in 2017.

That report quoted Yemeni military sources as saying it showed an American MQ 9 drone falling to Earth near the country's capital Sanaa – and included pictures of the crashed drone burning on the ground.

It wasn't immediately clear whether Iran mistakenly shared the old image or whether it was a deliberate attempt at spreading misinformation. 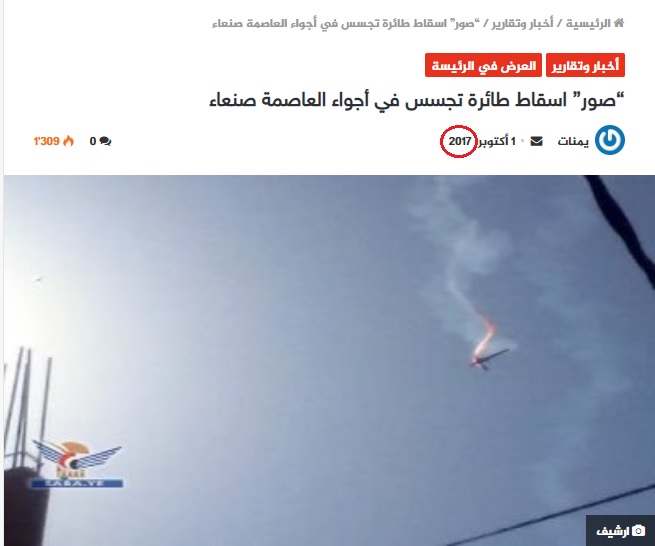 The reported shoot-down comes amid heightened tensions between Tehran and Washington.

In recent days, the US confirmed an attempt by Iran to shoot down an American drone last week as well as a successful destruction of one on June 6 by Iran-aligned Houthi forces in Yemen

Earlier this week, the US announced plans to deploy more than 1,000 additional troops to the Middle East following bomb attacks on two oil tankers.

Photos released by the Pentagon appear to prove Iran's Revolutionary Guard were behind the bomb attacks on the tankers in the Gulf of Oman.

Acting Defence Secretary Patrick Shanahan announced the deployment for what he said were "defensive purposes" citing concerns about a threat from Iran.

He said the "recent Iranian attacks validate the reliable, credible intelligence we have received on hostile behaviour by Iranian forces and their proxy groups" towards America.

The new images, many taken from a Navy helicopter, show what the Pentagon said were Iranian forces removing an unexploded mine from the side of the Kokuka Courageous tanker.

Other photos show a large hole on the side of the Japanese-owned ship, above the water line, that officials say appears to have been caused by another similar mine.

The vessel is believed to have been targeted by a magnetic mine causing a series of massive explosions.

Recent US and Iran tensions 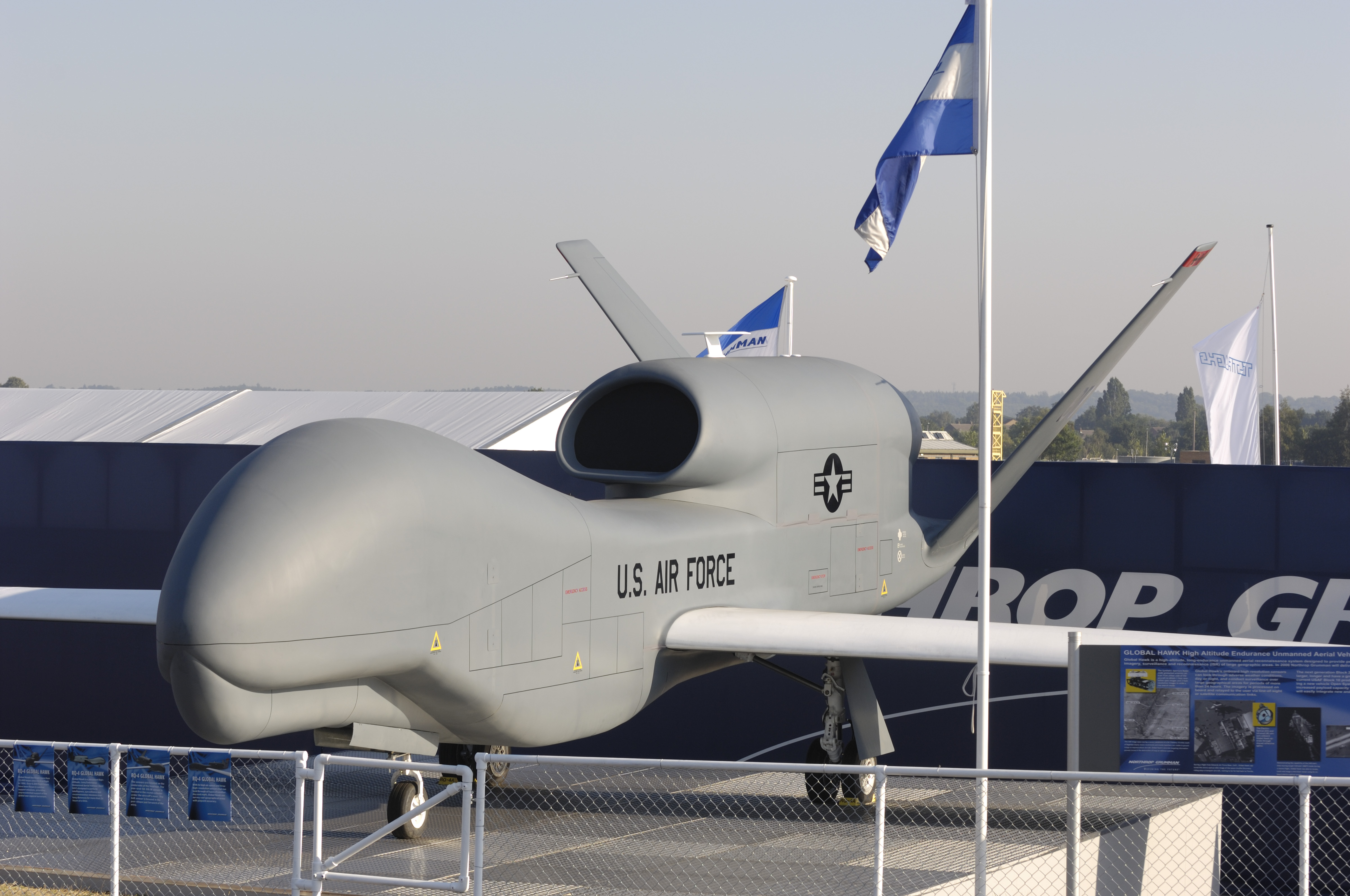 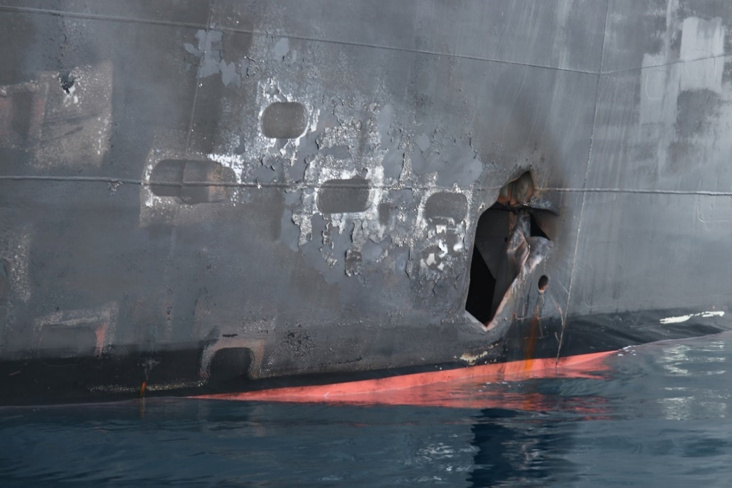 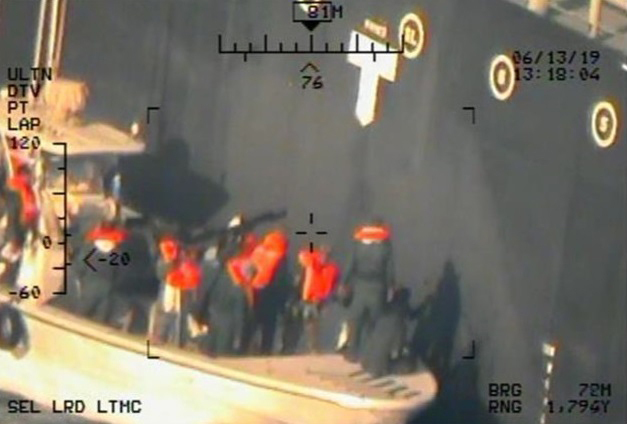 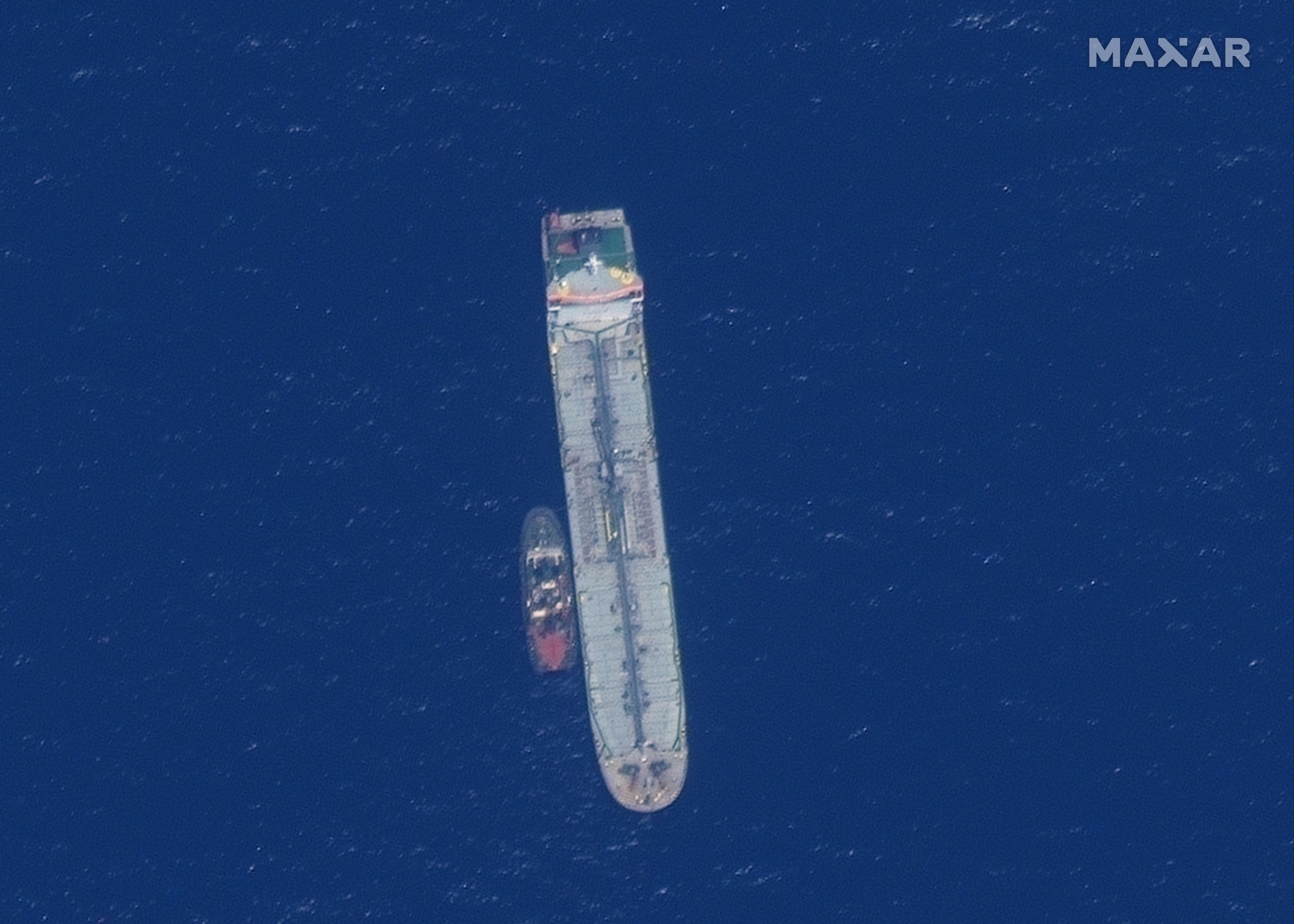 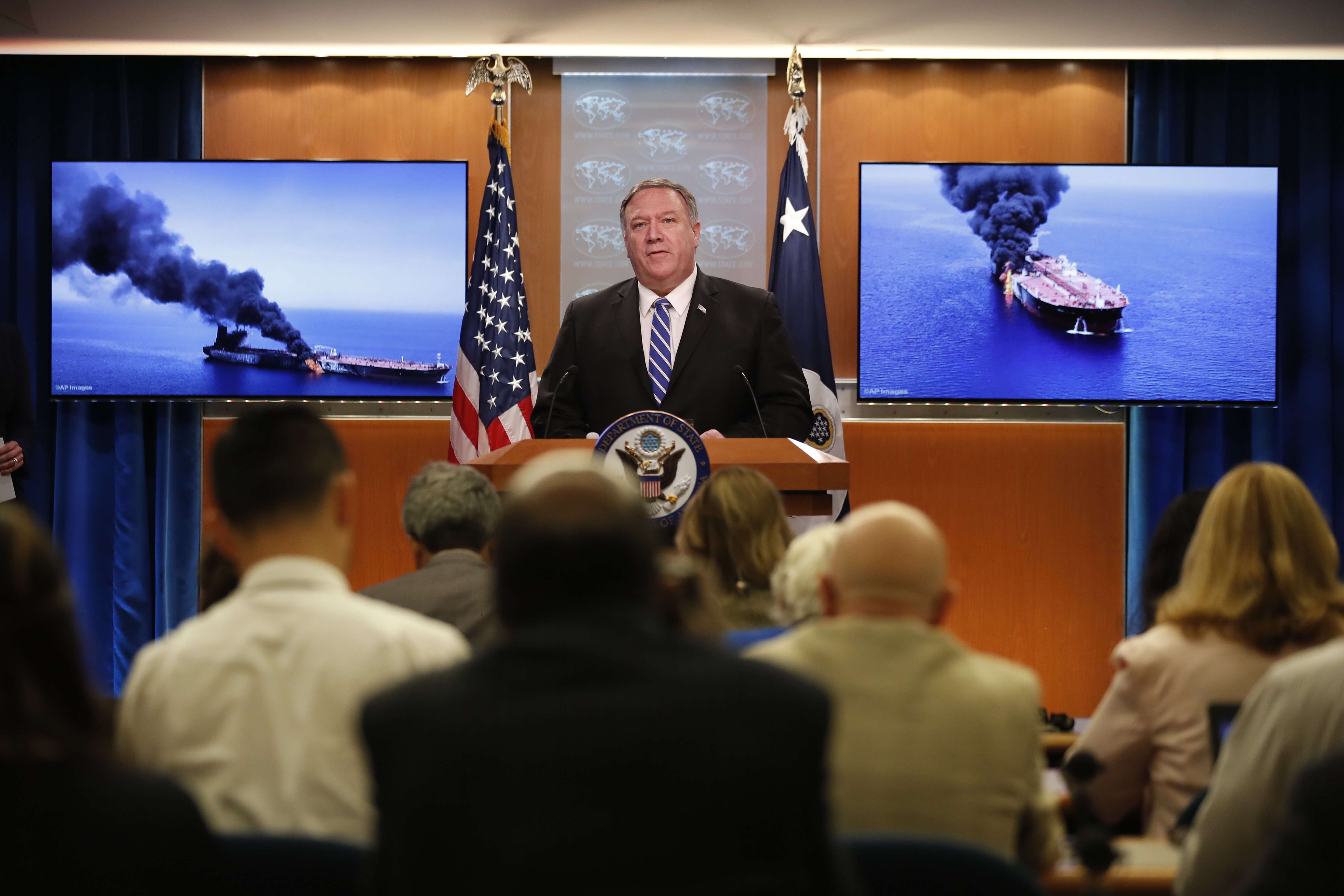 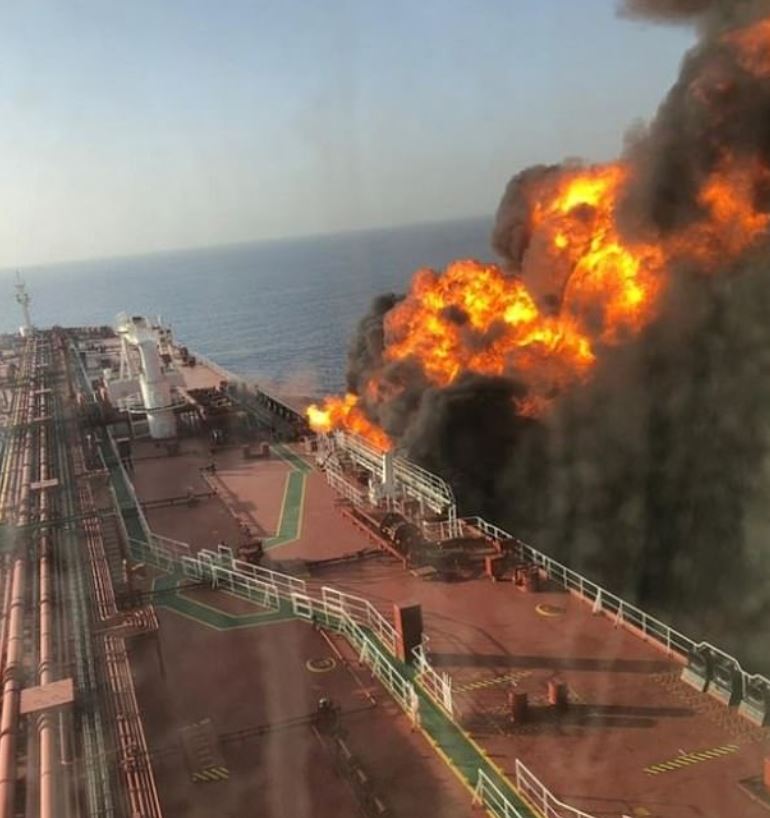 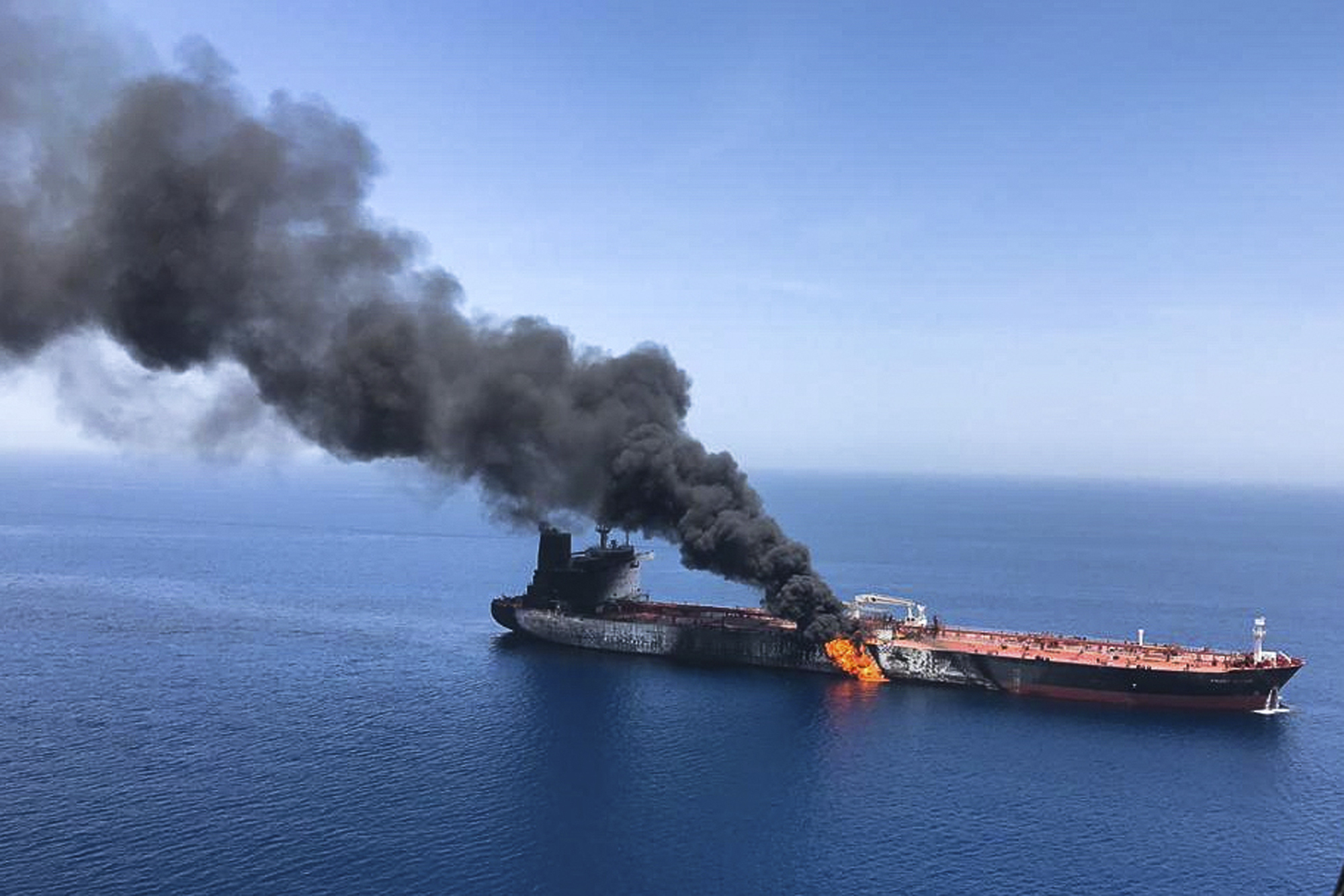 Both it and the Front Altair burst into flames and were forced to evacuate the troubled region.

Iran has denied any involvement in the explosions.

It comes as US Secretary of State Mike Pompeo said the United States is "considering a full range of options" after the attacks.

"We have briefed the President a couple of times, we'll continue to keep him updated," he said.

"We are confident that we can take a set of actions that can restore deterrence which is our mission set," Pompeo said in an interview on CBS's Face The Nation.

When questioned if a military response was one of the options, Pompeo responded: "Of course."

He then added: "The President will consider everything we need to do to make sure, right? But what's the President said? We don't want Iran to get a nuclear weapon.

"President Trump has said very clearly, he doesn't want to go to war."

And when asked if the administration had the legal authorisation to strike Iran without approval from Congress, Pompeo said: "We always have the authorisation to defend American interests."

US and Iran – a troubled history

It was also revealed the US Navy is sending the guided missile destroyer USS Mason to the scene of the attacks.

The deployment of extra troops is part of a broader military package of options that were initially laid out to US leaders late last month.

They include many as 10,000 personnel, Patriot missile batteries, aircraft and ships.

The Royal Navy is also set to send Marines to the region amid rising tensions.

The attacks came as tensions in the Persian Gulf between the United States and Iran reach boiling point.

In recent weeks, Washington has deployed an aircraft carriers and B-52 bombers to the region in response to what it says are Iranian threats against American interests and its allies in the region. 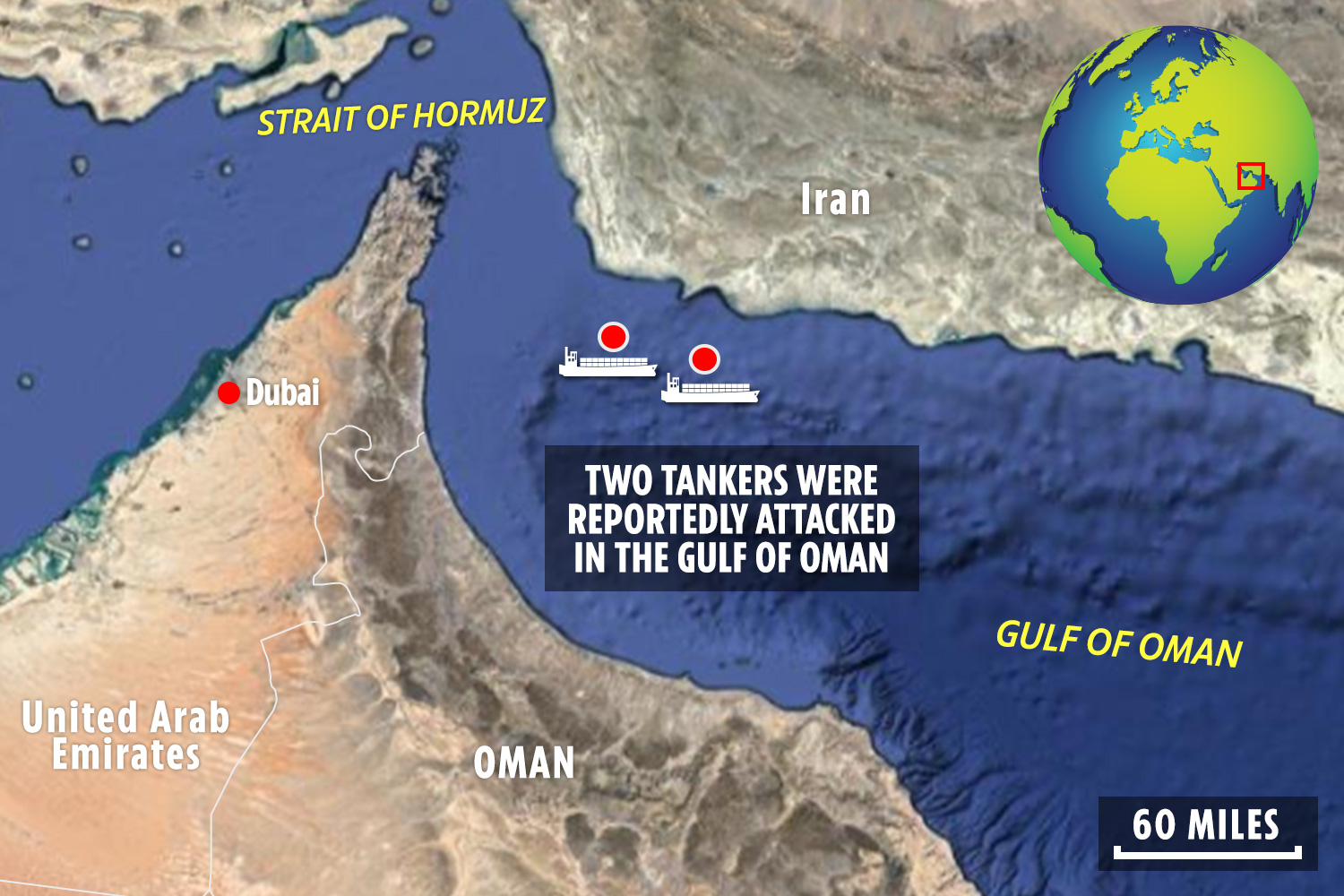 'shoots, Down, Iran, U
World News