Home » World News » Irishwoman, 81, meets mum, 103, for first time after six-decade search and travelling to Scotland to surprise her

Irishwoman, 81, meets mum, 103, for first time after six-decade search and travelling to Scotland to surprise her

AN Irish pensioner met her 103-year-old mum for the first time in an emotional reunion following a six-decade search to find her.

The 81-year-old was astounded to hear her mother was still alive, and decided to travel to Scotland for a surprise visit. 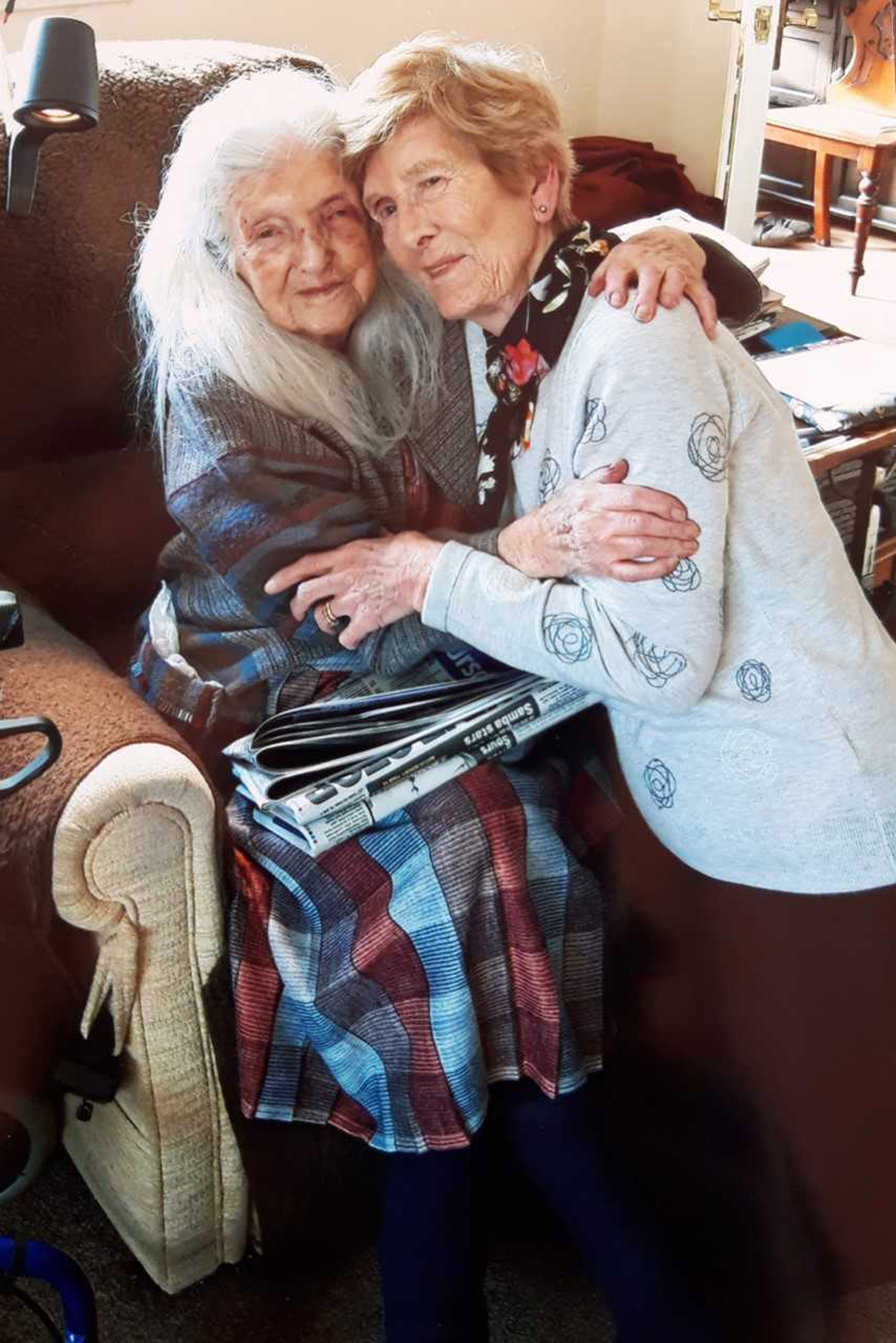 Eileen Macken grew up in an orphanage in Dublin, after her mum gave her up aged 22 when she gave birth out of wedlock.

She decided to try and find her mother when she was 19, and despite never managing to never stopped trying to reconnect with her.

More than sixty years later she was able to finally embrace the mum she never knew, after a genealogist tracked Elizabeth down.

Once she got the news her mum was living in Scotland, Mrs Macken told RTE Radio 1's Liveline "nothing would stop me trying to get to see her".

She flew from Ireland with her husband, George, 82, and one of her daughters on April 11 with a plan to turn up on her mum's doorstep.

And despite her family's concerns about arriving uninvited, they were welcomed in for the pair to meet.

Mrs Macken said: "I said to my children: all my life I love this lady, and I don't know who she is. But now I am so happy."

And as she hugged Elizabeth, Mrs Macken told her: "You've no idea what it's done to me. I'm just so happy."

The pensioner spent her first few months in the Bethany Mother and Baby Home in Dublin, before being moved to the Church of Ireland Orphan House until she was 17.

Mother and baby homes were generally institutions where women who became pregnant outside marriage gave birth.

I said to my children: all my life I love this lady, and I don't know who she is. But now I am so happy.

It has been one of a number scrutinised by an Irish government-appointed Commission of Investigation.

She recalled: "I went over to see her and she's the most beautiful lady, lovely family, they gave me a great welcome.

"We came in and, honestly, I haven't got over the acceptance that I got.

"They accepted me and I had a great chat with my mother."

After spending three days together they went their separate ways, with Mrs Macken happily recalling of their visit: "My mother said to me, 'Oh I'd love to make you some tea, but I don't think I'll be able to'.

"And I told her 'don't worry at all about it. I don't want tea I just wanted to chat to you'."

And in an extra thrill, the mum-of-three discovered after meeting her mother she also has two half-brothers, when one opened the front door to her.

She told Liveline: "I told him I was from Ireland and that I had found my mum here and could we come in to see her, and he said, 'certainly'."

"There was such a bond between the two of us, it was fantastic.

"She was reading the newspaper and when she saw me, I said we were from Ireland and she said, 'I was born in Ireland'.

"She was thrilled and she never let go of my hand."

She told the BBC: "I don't think I've done any work in the house [since she came back], I'm that happy. I'm going around singing."

Mrs Macken added: "I don't think I'll ever come down out of the cloud." 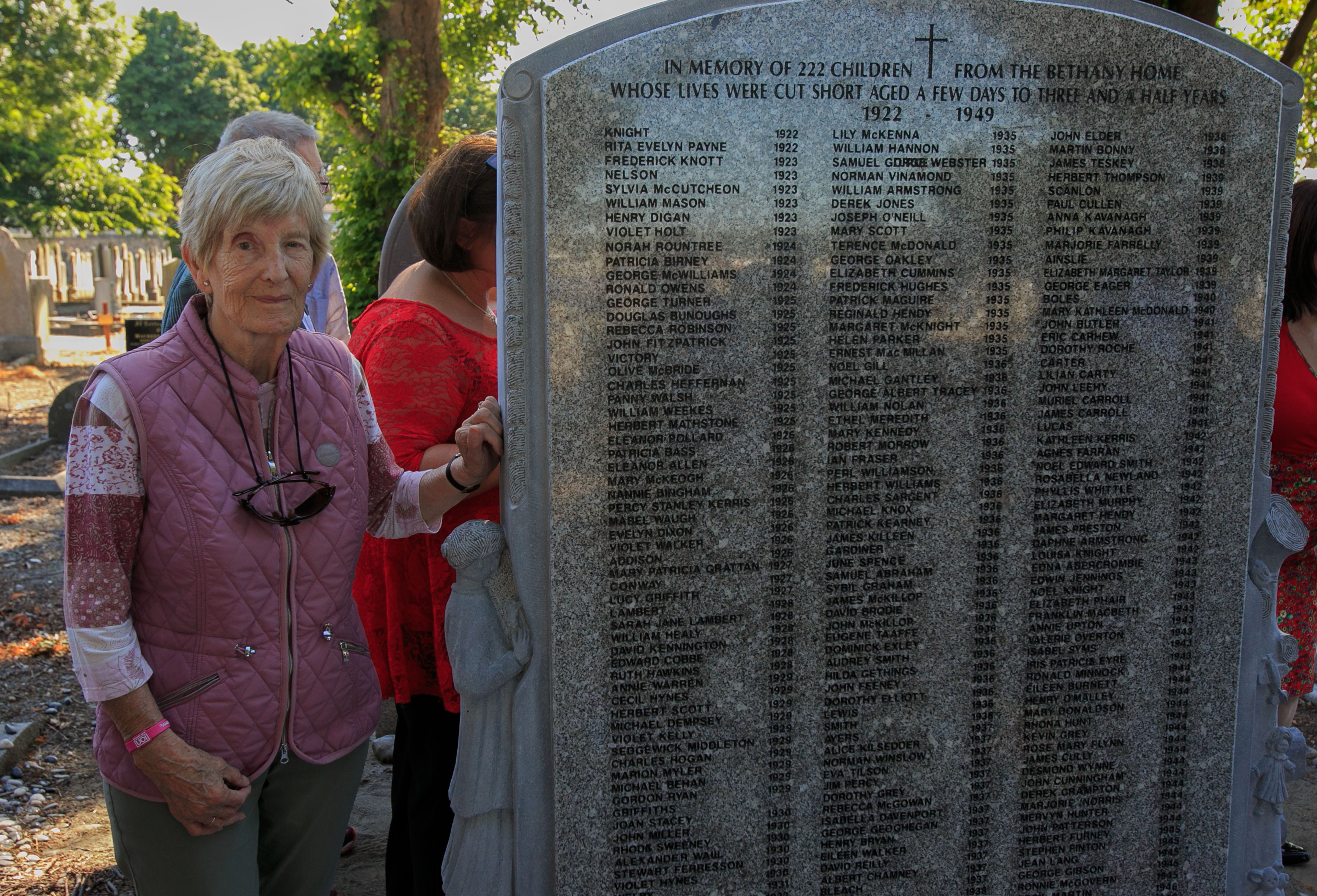 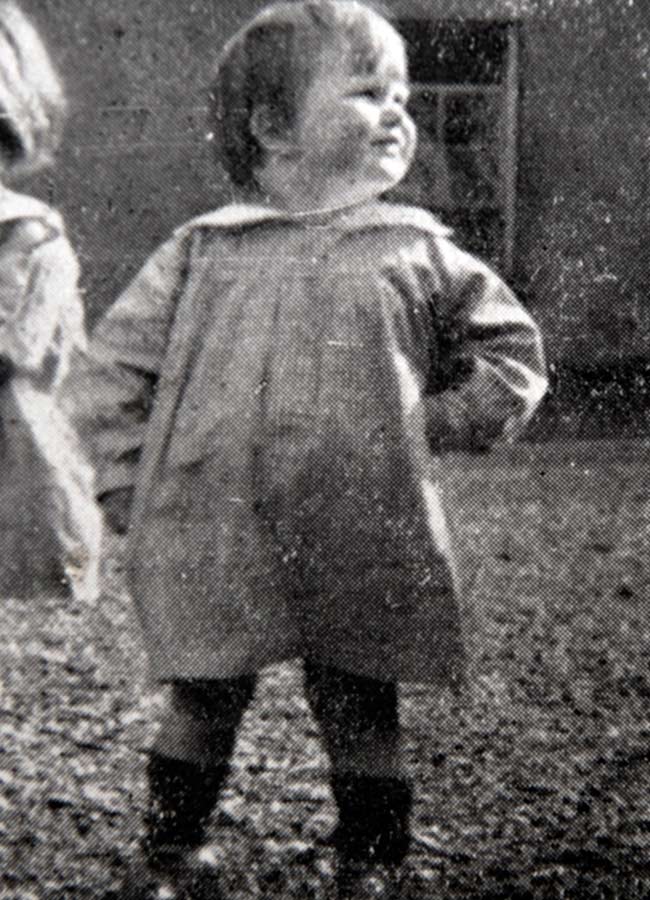