A good Samaritan has returned a lost World War I medal to the family of its owner 63 years after it was lost, after a sleuthing mission that uncovered a story of courage and resilience from more than 100 years ago.

Eltham man Jeff Welsh found the medal earlier this month among relics of his own World War I veteran grandfather and a historian friend, Ray Jelley, traced its origins. 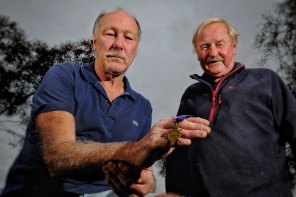 The grandson of its original owner, Steven Sole, says he is “over the moon” that the 1914-15 Star medal has been found, 63 years after his grandfather Tom Jewell lost it at a 1958 Anzac Day march.

Private Jewell spent three months fighting at Gallipoli in late 1915. Transferred to France in early 1916, he saw heavy action over two years. He was shot in the shoulder at Fromelles, wounded in the arm by artillery fire at Pozieres, and struck in the knees by shrapnel at Bullecourt.

Each time, he was “patched up and sent back”, Mr Welsh said. 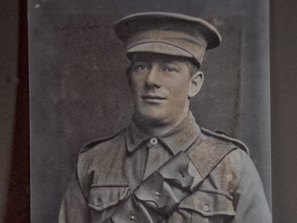 Private Jewell spent the last 14 weeks of the war as a prisoner of war.

He had migrated from England to Australia in 1913.

His brother, also named Tom, fought in the British army in WWI, was also wounded multiple times and was a POW.

In December 1918, the brothers went home to the village of Crowcombe, Somerset, within days of each other.

The man in the bed is believed to be Tom Jewell recovering from shrapnel sustained at Bullecourt, France, in 1917.

Returning to Australia in early 1919, Mr Jewell farmed at Quambatook, in north-western Victoria, and then at South Morang, now a north-east Melbourne suburb.

Mr Jewell’s medal is stamped with his birth initials WHT (William Henry Thomas) Jewell and the ‘23rd BTN’ (battalion), into which he enlisted.

But he fought with the 22nd Battalion, which Mr Welsh says probably hindered the medal’s return.

Mr Welsh’s grandfather, Ern Welsh was a 23rd Battalion Association secretary in the 1950s, so he may have been handed the medal. 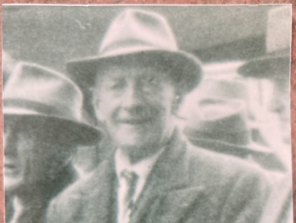 Tom Jewell at the Melbourne Anzac Day march in 1958 where he lost the medal..

Mr Jelley is a current member of the 22nd Battalion Association and found Private Jewell’s war and family records online.

Mr Jewell’s grandson Steven Sole, 60, of Mernda, said he knew his “pop”, who died in 1964, had lost his medal marching down Swanston Street on Anzac Day in 1958.

Mr Sole was stunned last Wednesday to get a letter from Mr Welsh saying he had found the medal.

Mr Sole drove to Mr Welsh’s house the next day to pick it up and says he “couldn’t thank him enough”.

“It blew me away. I couldn’t believe it,” Mr Sole said.

He said “not many people” would do what Mr Welsh and Mr Jelley did – “chase it up and find out who it belonged to”.

“It’s a big thing to us. It’s a good story, a happy story. We haven’t got much of that going on at the moment.”

Mr Sole intends to hand the medal to his uncle, Tom’s son Don Jewell, of Shepparton, when restrictions ease.

“It’s been lost for that long, I couldn’t put it in the post.”

He said the medal was a reminder of the sacrifices “of not just my grandfather but what all those blokes did, years ago”.