It’s time Andrews stepped back from his cultish press conferences

Events in Victoria over the past week have been a good example of why centralisation of power creates its own risks. The state government needs to learn the lessons of recent days and put more voices around the table to ensure decision-making is increasingly decentralised. 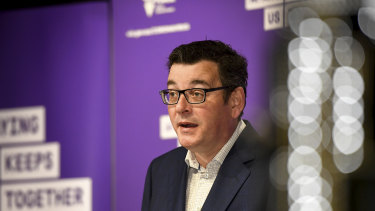 The first thing the government needs to do is reinstate the full cabinet. The crisis cabinet should end, with all ministers stepping up.

Second, the government needs to take consultation seriously. It cannot afford to allow community expectations to be built up only to see them shattered when government announcements fail those expectations.

Last week’s announcement on the road map, along with the weekend’s announcement of further business support, were classic examples. For some reason, the government encouraged mounting expectations in the days preceding the release of the road map that prompted normally restrained business and union leaders to condemn the strategy in a fashion I have not seen for many years. VECCI, the Australian Industry Group, some union leaders and the Business Council of Australia were all scathing of the announcement. There was little or no pretence of any circumspection in their criticisms.

Sunday’s business support package is to be welcomed, but it heavily favours tax deferrals over immediate relief. More obvious was that it appeared to be a process rushed to stem the level of escalating outrage over the road map.

Even the City of Melbourne has sharpened its rhetoric. And, with a mayoral election now fully under way, the government faces the dynamic of a contest that will see an auction in how tough each candidate can be in speaking truth to the state government.

Third, while much of the criticism of the Premier's handling of the public health effort over the past couple of weeks has been justified, some of it clearly has not been warranted.

That said, the Premier's approach might be enhanced if there were less of a cultish flavour to the way he managed operations. For one, the daily media conferences are being overwhelmed by a preoccupation with the politics of the Premier appearing. When the focus needs always to be trained on the key issues, it’s clear that his performance and demeanour are distracting from what ought to be a vital information-gathering exercise for media to impart to the broader public.

Added to this, his own performance has often appeared defensive in response to legitimate questions from journalists and has been at times ill-disciplined. And, with little new information to accompany the important daily figures on most days, his preference to appear rather than delegate risks diminishing him further at the very time he needs to be able to rally the state.

Finally, the government can ill-afford any further controversies around who makes important decisions to restrict basic freedoms and on what grounds. Victorians had every right to be furious last week when the issue of the curfew emerged, with Victoria’s Chief Health Officer saying it was not his idea, only to be followed two days later by the chief commissioner of police who equally said it was not his proposal. 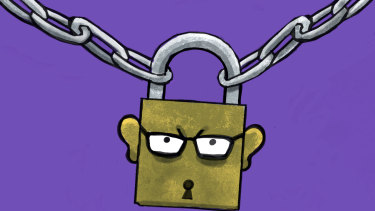 The Premier later said the curfew was his decision. My criticism here is not that the decision in substance was good or bad, although I have my own strong view. My concern is that such a decision was not the Premier’s to make. The authority to issue restrictions under the Public Health and Wellbeing Act 2008, once a state of emergency has been declared, rests squarely with the Chief Health Officer.

Just why the Premier did this is perhaps best explained by what happens when power and responsibility are so concentrated.

It tends to exclude people who should be making decisions while also potentially overbearing the judgment to be exercised by public health officials who are meant to be independent. Under Victoria’s public health and emergency management regimes, this policy is reflected in the fact that in so many respects the power to make decisions about restrictions is generally situated with public officials who are not political figures.

Maintaining public confidence and buy-in from stakeholders is worth ensuring that such power is properly dispersed.

Regardless of the criticisms we may have, we should all want the government to succeed on our behalf to drive down infection rates so that we can return to as normal a life as we enjoyed before the pandemic. And, while we have all been asked to do our part, the government should do its part too, including by looking constructively at how it can improve its current handling, especially after a very poor week.

John Pesutto is a senior fellow at Melbourne University's school of government, a panellist on ABC Melbourne’s The Party Line and was Victoria’s shadow attorney-general from 2014 to 2018.