Madrid: It was a humiliating video that fuelled outrage on social media. A YouTube prankster filmed himself offering a homeless man in Barcelona an Oreo biscuit filled with toothpaste rather than cream.

Now the prankster, known as ReSet to his followers on YouTube but whose real name is Kanghua Ren, has been handed a 15-month prison sentence and must pay €20,000 ($32,000) compensation to his victim. 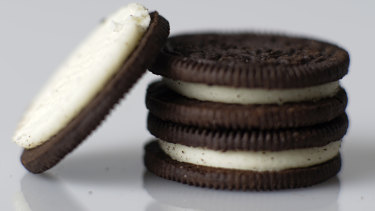 A vile prank has earned a YouTuber a jail sentence.

Ren was found guilty of violating the moral integrity of the homeless man. He is unlikely to serve any time behind bars, however, as Spanish law normally allows sentences of less than two years for first-time offenders in nonviolent crimes to be suspended.

The Barcelona court, in a verdict published in the Spanish news media, also ordered Ren's YouTube and other social media channels to be shut down for five years.

Ren, who was 19 at the time, filmed himself in early 2017 replacing the cream inside the biscuits with toothpaste after being challenged by one of his 1.2 million followers to carry out the prank. He gave them to the homeless man outside a supermarket, along with a €20 bill. The homeless man was identified only as Gheorge L, a man in his early 50s who was born in Romania and who once worked as a shepherd before migrating to Barcelona, according to the newspaper El Pais. The homeless man vomited after eating the biscuit.

After the posting of the video prompted widespread condemnation, Ren replaced it with one in which he visited the homeless man again and offered him another €20 bill. According to police, he later offered €300 to the daughter of his victim in return for not filing a lawsuit.

In his defense, Ren said that the video was just a bad joke, for which he had later sought to make amends. "I do things to mount a show: People like what is morbid," he told the court, according to reports in the Spanish news media.

But the judge noted that Ren had earned more than €2000 from advertising revenues generated by the video, one of several he filmed in response to various challenges received from his followers.

"This was not an isolated act," Judge Rosa Aragones concluded in her ruling. In other videos, Ren also displayed "cruel behaviours" toward "easy or vulnerable victims," the ruling added.

Ren was born in China, but has lived in Barcelona since childhood, according to Spanish news outlets.

In the original video, which was later removed from YouTube, Ren acknowledged that he "may have gone a bit far," but added that there was "a positive side," saying, "This will help clean his teeth — I don't think he has cleaned them since he became poor."