Shelley Anne Lewis – who was revealed by The Mail on Sunday last week to have dated the shamed US financier between 1999 and 2002 – tied the knot with Mahir Furtun five years ago, but they divorced in 2017.

Her marriage to Mr Furtun came a few months after Ghislaine Maxwell asked serial paedophile Epstein to encourage Ms Lewis to make public her relationship with him.

‘I would appreciate it if shelley would come out and say she was your g’friend – I think she was from end [19]99 to 2002,’ the British socialite wrote in an email that was released last month in a tranche of court documents. 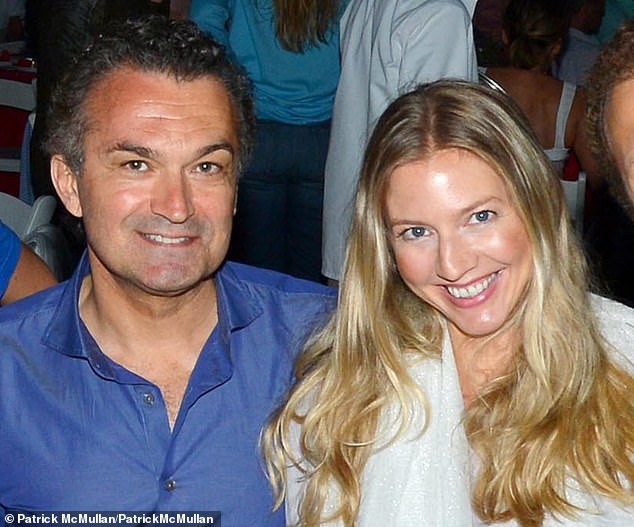 Wed: Shelley Anne Lewis, who was revealed by The Mail on Sunday last week to have dated the shamed US financier between 1999 and 2002, and Mahir Furtun divorced after two years

Ms Lewis, 43, is believed to have met Mr Furtun, 61, on holiday in Turkey. He is president of a property firm thought to have been involved in developments across New York since the mid-1980s.

A month before they married, the couple and Ms Maxwell were among the guests at a party in the city to mark the release of a book by Salman Rushdie in 2015.

After that, Ms Lewis stepped back from the New York party scene, apparently having found spiritualism.

One socialite said: ‘I would see her every couple of weeks at parties and then she just disappeared. I have not seen her for around five years.’

Following her divorce, Ms Lewis was photographed wearing a pink tutu and bikini top at the 2017 Burning Man arts and cultural festival in Nevada.

In an interview a few months earlier, she referred to a ‘mentor’ in New York who was ‘so original in all his thought processes that he couldn’t even see the box’.

This may have been a reference to Epstein on whose private jets she flew on as many as 55 occasions between 1999 and 2002.

In property records she was registered at an apartment block used by the multi-millionaire in New York’s Upper East Side between 2000 and 2003.

Ms Lewis did not respond to requests to comment, but there is no suggestion that she was involved with, or aware of, any criminality.

The daughter of Brian Lewis, the founder of the Cash Generator retail empire, Ms Lewis grew up in Cheshire.

She later ran a publishing firm before becoming a self-styled ‘spiritual entrepreneur’.