Jeremy Corbyn has been bitterly attacked by his brother for abandoning his support for Brexit and campaigning against a No Deal.

Since Boris Johnson became Prime Minister, Piers Corbyn has relentlessly criticised Labour’s approach to Brexit on Twitter and even described the EU as ‘the Fourth Reich’.

The 72-year-old weather forecaster, who is a sceptic about climate change, described Labour’s campaign against No Deal as ‘a cover to trash the historic democratic mandate to leave’ and describes its backers as ‘enemies of the people’. 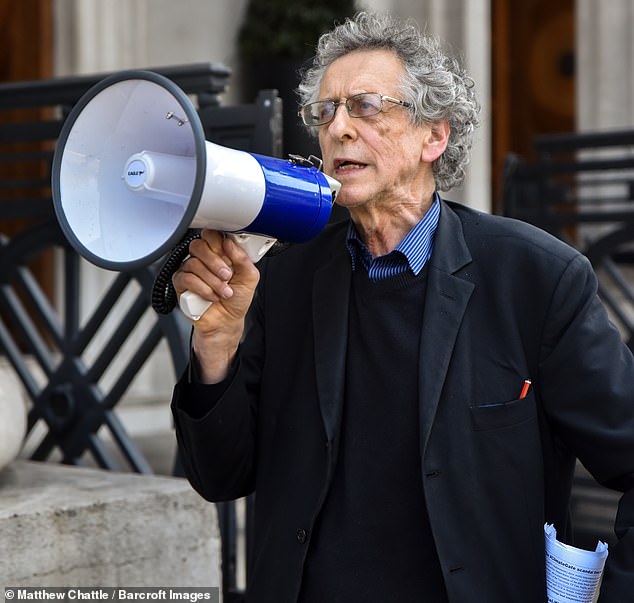 Jeremy Corbyn’s brother has bitterly attacked his decision to abandon his support for Brexit and campaign against a no-deal. (Pictured: The 72-year-old weather forecaster protesting against climate change activists as people queue to see young climate activist Greta Thunberg)

The comments have emerged after Labour made political capital last week out of the resignation of Mr Johnson’s brother Jo, who said he was leaving the Government because he felt ‘torn between family loyalty and the national interest’.

The former Universities Minister backed Remain in the 2016 referendum and objected to the expulsion from the Tory Party of 21 rebels who voted to block No Deal last week.

To add to the Labour leader’s discomfort, Piers Corbyn has also been expressing enthusiastic support for the Prime Minister’s approach to negotiations.

While Jeremy Corbyn attacks ‘No Deal Brexit’ and insists on delaying withdrawal, Piers calls for ‘WTO Brexit now’ and says that sticking to the October 31 deadline is the way to get a good deal.

On Wednesday he attacked Labour’s electoral strategy and his brother’s support for Hilary Benn’s bill to outlaw a No Deal Brexit.

He tweeted: ‘What the ** are labour playing at? One clause in Benn’s bill means that we can only leave EU if EU agree. 5milllion leavers voted labour at last election I don’t think they’ll vote labour next time, so much for labour respecting the result of 2016 ref’. 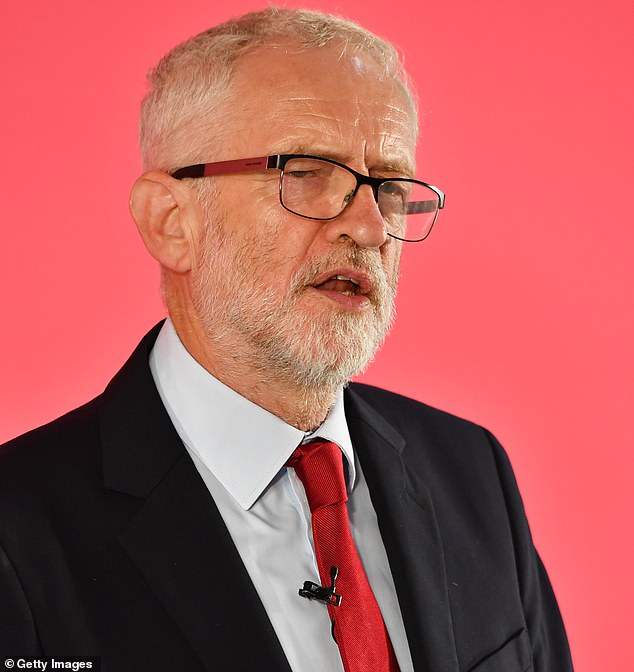 He also tweeted that his brother’s campaign against no-deal amounted to a ‘cover to trash the historic mandate to leave’.

Piers has also shared graphics and videos saying brother Jeremy, 70, has broken promises not to block Brexit, suggesting that he’s part of a ‘shameless Europhile Parliament’.

Piers also expressed support for Boris Johnson and even retweeted an account called ‘Keep Labour Out Of No. 10’.

On Tuesday he retweeted a Leave.EU video of Labour Brexiteer Kate Hoey praising Boris Johnson and criticising the Opposition.

In the video she says: ‘We’ve finally got a PM who will stand up to the EU. I’ll use my vote in parliament to help the 17.4m who voted Leave & to stop parliament’s coup!’

He also retweeted another Leave.EU graphic calling for ‘a Boris/Nigel pact to crush the Brexit wreckers and secure national independence!’ Last month he tweeted: ‘The majority voted Leave without a deal, if there wasn’t a deal.

‘Campaigns against #NoDeal are a cover to trash the historic democratic mandate to #Leave. 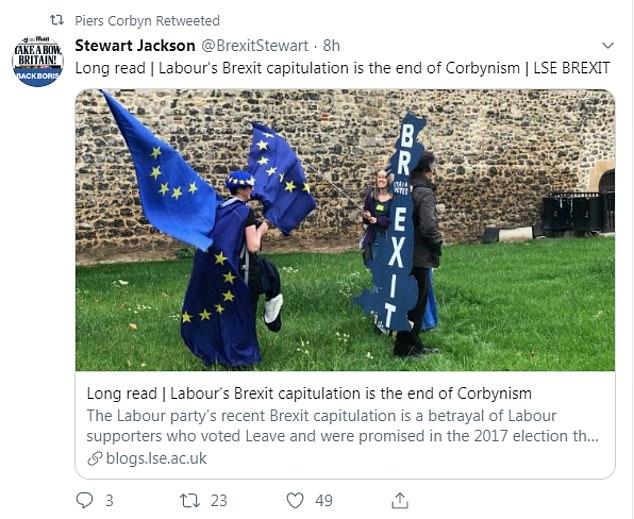 Although Jeremy Corbyn has been a life-long critic of the EU he campaigned – half-heartedly – for Remain in the 2016 referendum, and has recently caved in to pressure from Shadow Chancellor John McDonnell for Labour to back Remain in a second poll. Piers celebrated the 2016 result at a party with Nigel Farage.

The most infamous sibling rivalry of all in modern politics is the battle between the Milibands.

After Ed Miliband defeated brother David to become Labour leader in 2010, he faced accusations of back-stabbing and betrayal.