A leading candidate to succeed Jeremy Corbyn yesterday said she was ready to ‘fight’ to take Britain back into the EU, as fresh divisions over Brexit emerged in Labour’s top ranks.

Jess Phillips, who is third favourite for the Labour leadership, said she still believed Leave voters got it wrong – and claimed Britain was ‘safer and more economically viable’ inside the EU.

However, shadow Brexit secretary Sir Keir Starmer, who finally confirmed his bid for the Labour crown yesterday, said it was time for the party to move on over Brexit. 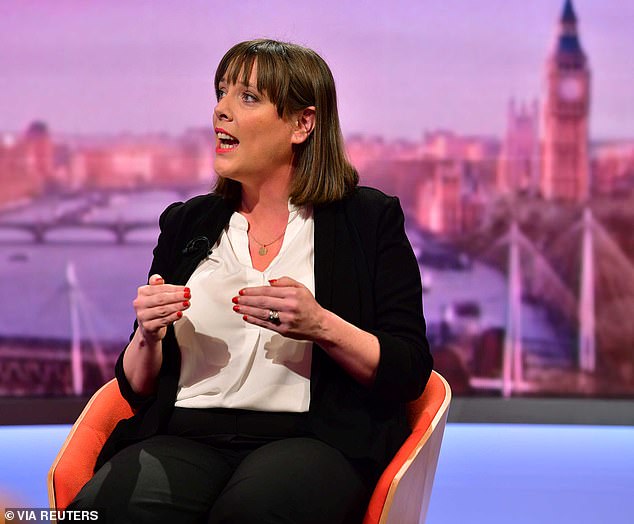 MP Jess Phillips claimed Britain was ‘safer and more economically viable’ inside the EU, on the Andrew Marr Show on January 5

Sir Keir acknowledged that the idea of staying in the EU had been crushed by Boris Johnson’s election victory last month.

Speaking on the BBC’s Andrew Marr Show, he said: ‘We are going to leave the EU in the next few weeks and it is important for all of us, including myself, to recognise that the argument about Leave and Remain goes with it. We are leaving. We will have left the EU. This election blew away the argument for a second referendum, rightly or wrongly, and we have to adjust to that situation.’

Sir Keir is the odds-on favourite to succeed Mr Corbyn. But his launch was overshadowed as Mrs Phillips made an eye-catching pledge to campaign for Britain to rejoin the EU after it leaves at the end of this month. The Birmingham Yardley MP said: ‘I have a Leave seat but I campaigned for Remain because I thought it was the best thing for the people I represent. I am not just going to change my mind on that.’ 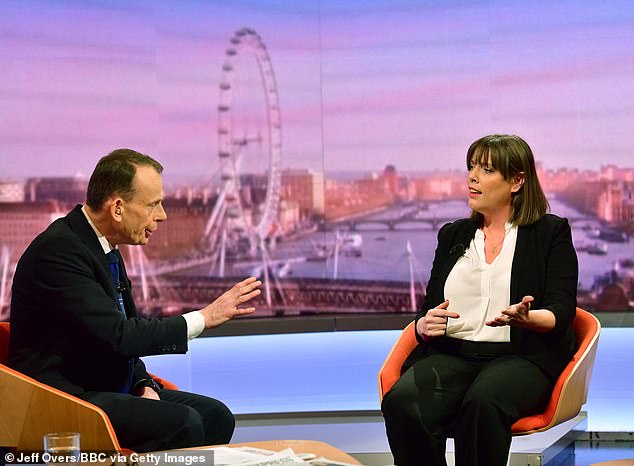 She revealed how she is willing to ‘fight for that, regardless of how difficult that argument is to make’, on the current affairs programme

Asked if she would lead a campaign to take Britain back in, she said: ‘The reality is, if our country is safer, if it is more economically viable to be in the European Union, then I will fight for that, regardless of how difficult that argument is to make.’

Sadiq Khan yesterday called on Mr Corbyn and his allies to ‘have the humility to recognise… we got pasted’. The London mayor told The Sunday Times: ‘Did we deserve to win the general election? Probably not, so the public got it right.’ 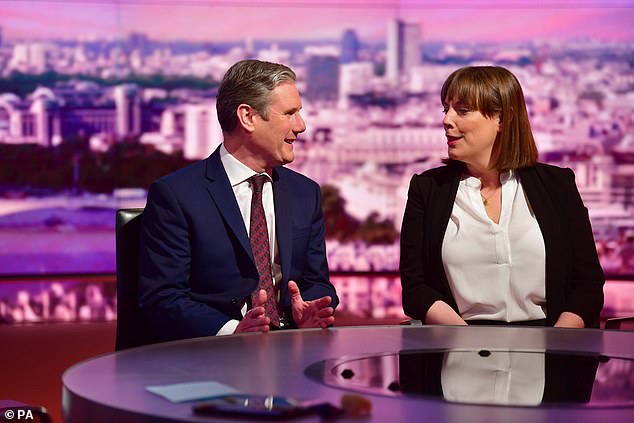 Joust: Meanwhile shadow Brexit secretary Sir Keir Starmer, who has just confirmed he is running for the Labour crown, said it was time for the party to move on from Brexit. He claimed the ‘election blew away the argument for a second referendum, rightly or wrongly, and we have to adjust to that situation’

Sir Keir yesterday acknowledged that Labour’s ‘neutral’ stance on Brexit had cost it votes. The former Director of Public Prosecutions, whose campaign slogan is ‘another future is possible’, said Labour lost trust over a lack of clarity on Brexit, anti-Semitism, and a ‘feeling that the manifesto was overloaded’. 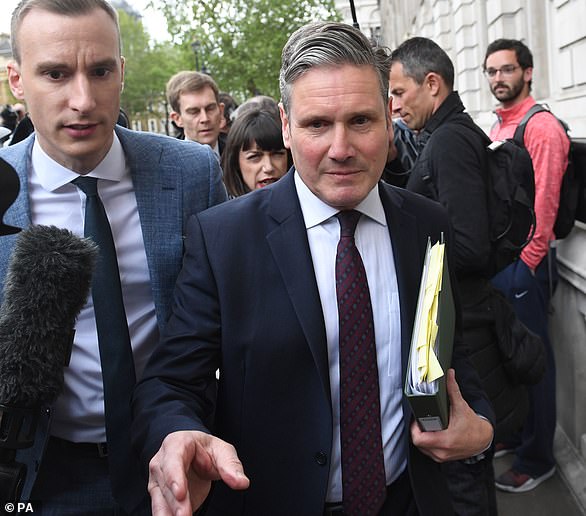 The pitch: A return to competence after years of chaos

The big challenge: Winning back Labour Leavers after championing Remain

The former human rights lawyer is the bookies’ favourite. As shadow Brexit secretary, the 57-year-old was a key player in shaping Labour’s Brexit policy. He joined the exodus of frontbenchers against Jeremy Corbyn in 2016, but returned after the coup failed. The grammar school boy is shy of his success. His website makes no mention of his knighthood, and a reference to his millionaire status vanished from his Wikipedia page last month. The man to beat.

Shares flat with her rival 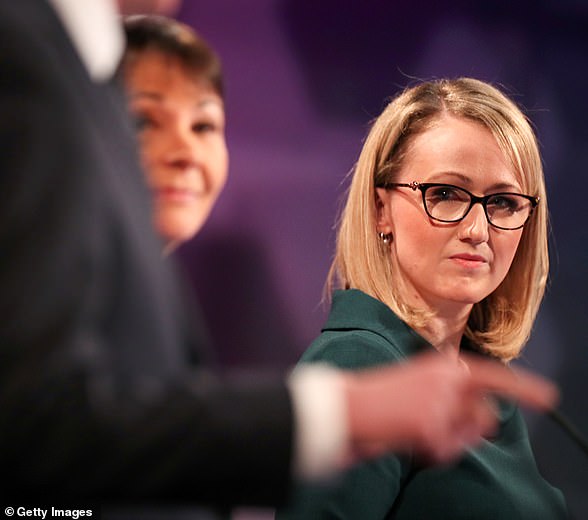 The big challenge: Overcoming an acute lack of charisma

The 40-year-old business spokesman has been groomed by Mr Corbyn’s allies as the ‘continuity’ candidate to carry on his hard-Left mission. But little is known about the former solicitor. She shares a flat with shadow education secretary Angela Rayner, who many think would make a better candidate. 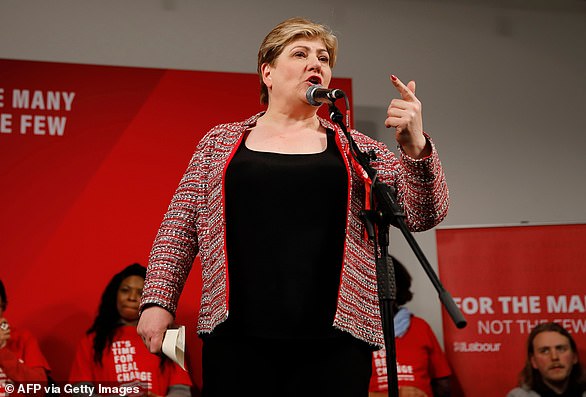 The pitch: Will stand up to Boris Johnson and Donald Trump

The big challenge: Playing down claims she is a snob

The Shadow Foreign Secretary, 59, was sacked by Ed Miliband in 2014 over a tweet mocking a house draped in an England flag. She is now threatening to sue Caroline Flint after the former minister said she had told a Labour MP in a northern Leave constituency: ‘I’m glad my constituents aren’t as stupid as yours.’ The former barrister is married to High Court judge Sir Christopher Nugee, but bristles at being referred to by her honorary title Lady Nugee. 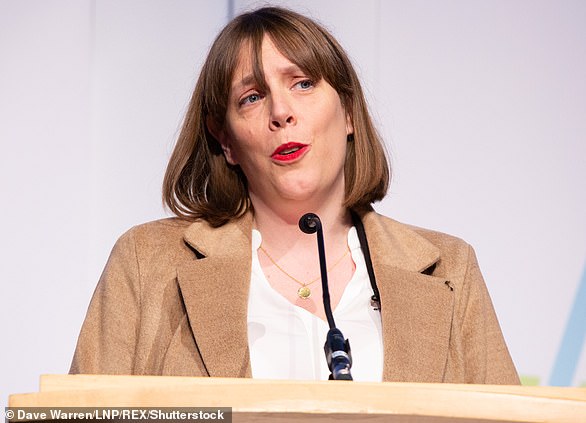 Pitch: Will dismantle the Corbyn project

The big challenge: Persuading Labour activists she is on their side

The 38-year-old former women’s refuge worker has built a high profile with attacks on Mr Corbyn and his allies, but has yet to hold even a junior role on the Labour front bench. Boasted that she had told Diane Abbott to ‘f*** off’.

Punched wall in a rage 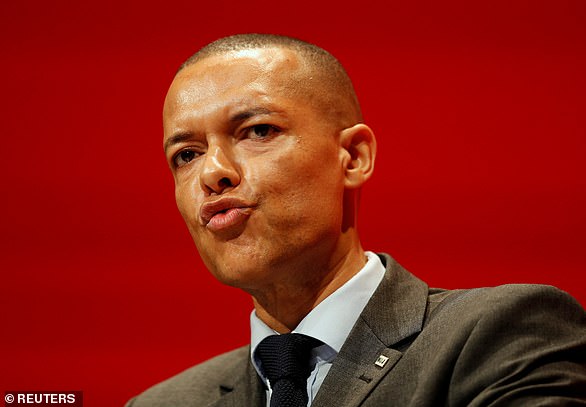 The big challenge: Lack of name recognition in a crowded field

Left-winger and uber-Remainer. The former BBC reporter, 48, has suggested Labour lost the election because it was not Left-wing enough. Was forced to apologise for telling a male activist: ‘Get on your knees, b****.’ Has a reputation for being hot-headed and once punched a wall in frustration. 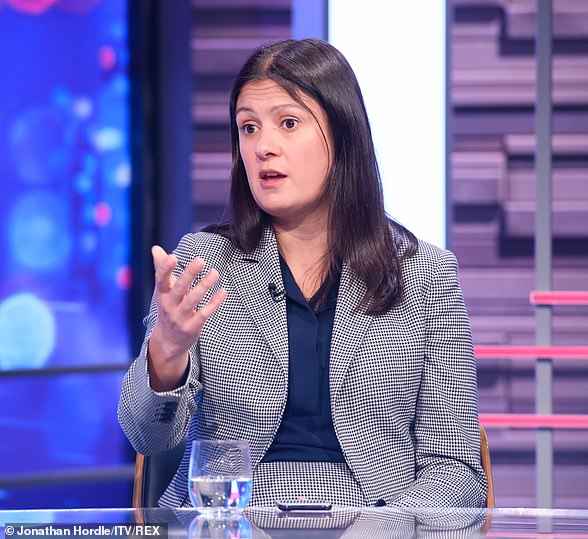 The big challenge: Convincing people she is tough enough to lead

The popular MP for Wigan gained a reputation as a ditherer on Brexit last year, but the 40-year-old’s status as an opponent of Mr Corbyn makes her an outside bet. 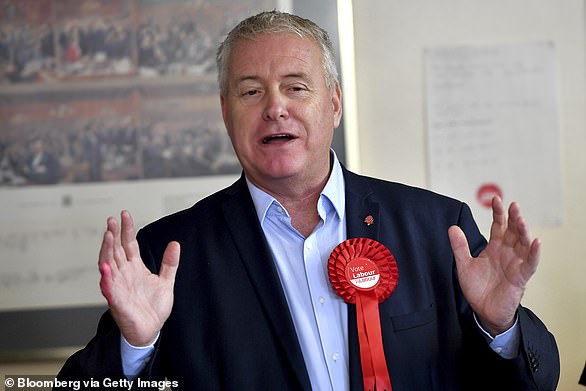 The big challenge: Glossing over his role in Labour’s election disaster

As Labour Party chairman, Mr Lavery, 56, was the architect of the election campaign that produced the party’s worst defeat since 1935. But as the sole Brexiteer candidate, he blames Remainers, saying traditional voters did not want a second referendum.