Home » World News » Jim hid from his abusers in a cinema. Movies became his life

Jim hid from his abusers in a cinema. Movies became his life

The moment that saved Jim Sherlock sounds like it’s from a movie. Fittingly, it happened in a cinema – a refuge that started off as shelter and later became his life’s work.

Jim was a runaway. That’s why they put him in the children’s homes to begin with, because he used to flee the family home and his father’s terrible temper. He was made a ward of the state, like many other truants in the 1960s.

The bureaucratic form that put him in the government’s care at age 9 said Jim needed protection because he was “likely to lapse into a life of crime”. It was, as Jim puts it, from the frying pan into the fire. 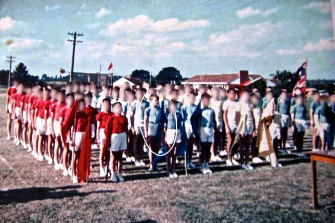 He spent the rest of his childhood in three homes: Allambie, Turana and Tally Ho. The physical and sexual abuse was so vicious he buried it for decades.

The worst of the 13 rapes was at the notorious Tally Ho Boys Training Farm in Burwood East. He can still list the staff and teachers who abused him. The details would shock anyone who hears them.

One night, when he was 11, Jim absconded and caught a train from Syndal into the city. He sat by the door the whole way, to avoid the ticket inspectors.

When the train pulled into Flinders Street, he looked for somewhere to stay. He was in too much trouble to go back to the beatings of the caretaker.

“It started to rain. I remember that vividly,” he says.

“It was about two or three in the morning. I remember wandering around Flinders Lane. I just wanted to get out of the rain and I was scared shitless. I didn’t know what to do.” 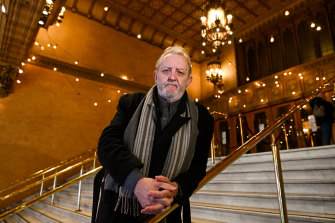 Jim Sherlock, now 67, at the Regent Theatre where he hid as a boy.Credit:Joe Armao

Jim found a doorway and looked down to see an air vent that was broken. He pulled it open and climbed inside to get out of the weather. It was very dark, he walked up a stairway to find himself behind a large screen.

“I thought ‘this must be one of those picture theatres’,” he says, now aged 67.

“If I hadn’t found cinema the way I did, accidentally, I wouldn’t be here talking to you today.”

It was the Regent on Collins Street, one of Melbourne’s grand cinemas that had fallen into a state of disrepair. It would close in 1970, recommended for demolition but saved and later restored after a public campaign.

Jim made himself a bed in his new hiding spot. Among the cinema debris, he found some velvet cloth for a blanket. 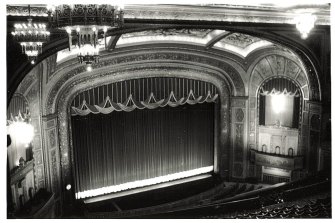 The Regent as a cinema.

“I remember it being green,” says Jim over a coffee in the city this week, his deep voice sometimes faltering as he recalls the story.

“It was very warm and secure. It was probably the most comfortable bed I’ve ever had.”

A few nights later, he went out looking for food and raided the candy bar, covering his tracks to avoid being discovered.

“It sounded like a kid’s dream but it wasn’t – you’re just eating chocolate all the time, it was too much,” he says.

That cubbyhole was a place Jim would come back to on and off for the next six years.

Lonely, he took in a stray cat, an orange tabby he named Miss Moneypenny.

He remembers standing on top of the theatre, looking down on Regent Place. He had run away from Tally Ho and wanted to end the torment. Miss Moneypenny nudged his elbow and he didn’t jump. 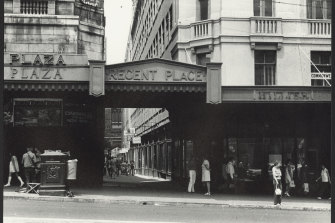 “It just gave me hope. I never knew I would spend the rest of my life in movies,” he says.

Jim went on to have a long career in film. He has worked as an usher, publicist, critic, director and historian.

He has written about movies for the Herald Sun and The Age and was a regular on 3AW. He tells anecdotes with Hollywood legends such as Charlton Heston, Jack Nicholson and Robert Evans.

Many years later he would be involved in the reopening of the Regent as a cinema in 1997. The first film shown was My Fair Lady. 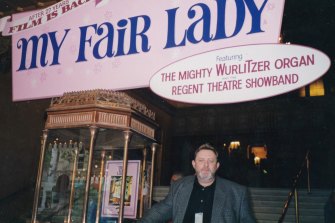 Jim Sherlock at the reopening of cinema at the Regent Theatre in 1997.

For most of his life, Jim never talked about the worst of what happened to him. There is another cinematic moment that brought him to where he is today.

A few years ago, Jim was speaking on 3AW about being a former Tally Ho boy. It was close to midnight and a man named Boris Georgievski was listening to the radio as he drove his truck.

Boris was also at Tally Ho and had suffered similarly awful abuse. He rang the talkback line and asked Jim to call him back. They had a chat and eventually met up for a coffee. 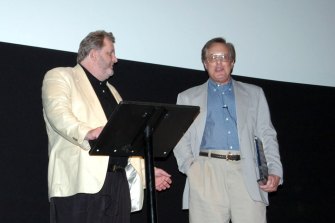 During one conversation, Boris recalled an incident when several boys were taken to the Mornington area, where Jim was raped in a car.

“And he just stood there gobsmacked, he was flabbergasted. He said, ‘do you remember that?’ I said, ‘yes I do’.” 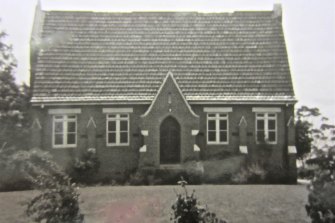 The chapel at Tally Ho.

The pair were witnesses to each other’s abuse and would prove crucial in legal action against the state of Victoria, which ran Turana and Allambie, and the Uniting Church, which is now responsible for the Methodist home Tally Ho.

“If he hadn’t turned on the radio that day, he would never have found me,” says Jim.

Jim recently won a significant settlement out of court. Uniting Church has apologised unreservedly for what took place. 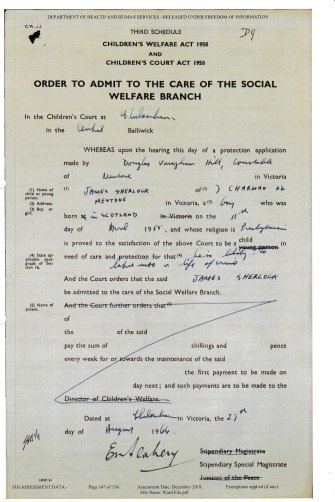 “It takes a great deal of courage to come forward,” says Aleksander Dukovski, an abuse law lawyer from Arnold Thomas & Becker who handled the cases of Jim and Boris.

There was alcohol and drug abuse. He’s had two strokes and many anxiety attacks. For years, he didn’t know why. He still feels guilty and blames himself for what happened. 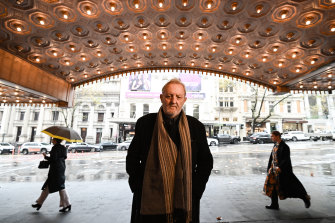 Jim Sherlock at the Regent this week.Credit:Joe Armao

He could have been working for a Hollywood studio, he reckons. There was an invite from director William Friedkin and his wife Sherry Lansing, head of Paramount, to travel to America. But he didn’t go: “I kept having breakdowns.”

Looking back, Jim has made the best of his life but he regrets the opportunities he’s missed.

“I’ve been shown a trailer of my life and I see what could have been,” he says. “I’ve had to walk away.”

Crisis support is available from Lifeline on 13 11 14.