Home » World News » Joe Biden UK visit: Where is the President staying in the UK and what's his itinerary?

Joe Biden UK visit: Where is the President staying in the UK and what's his itinerary?

US PRESIDENT Joe Biden has arrived in the UK on Air Force One ahead of the G7 summit being held in Cornwall.

Here’s everything you need to know about Biden’s arrival. 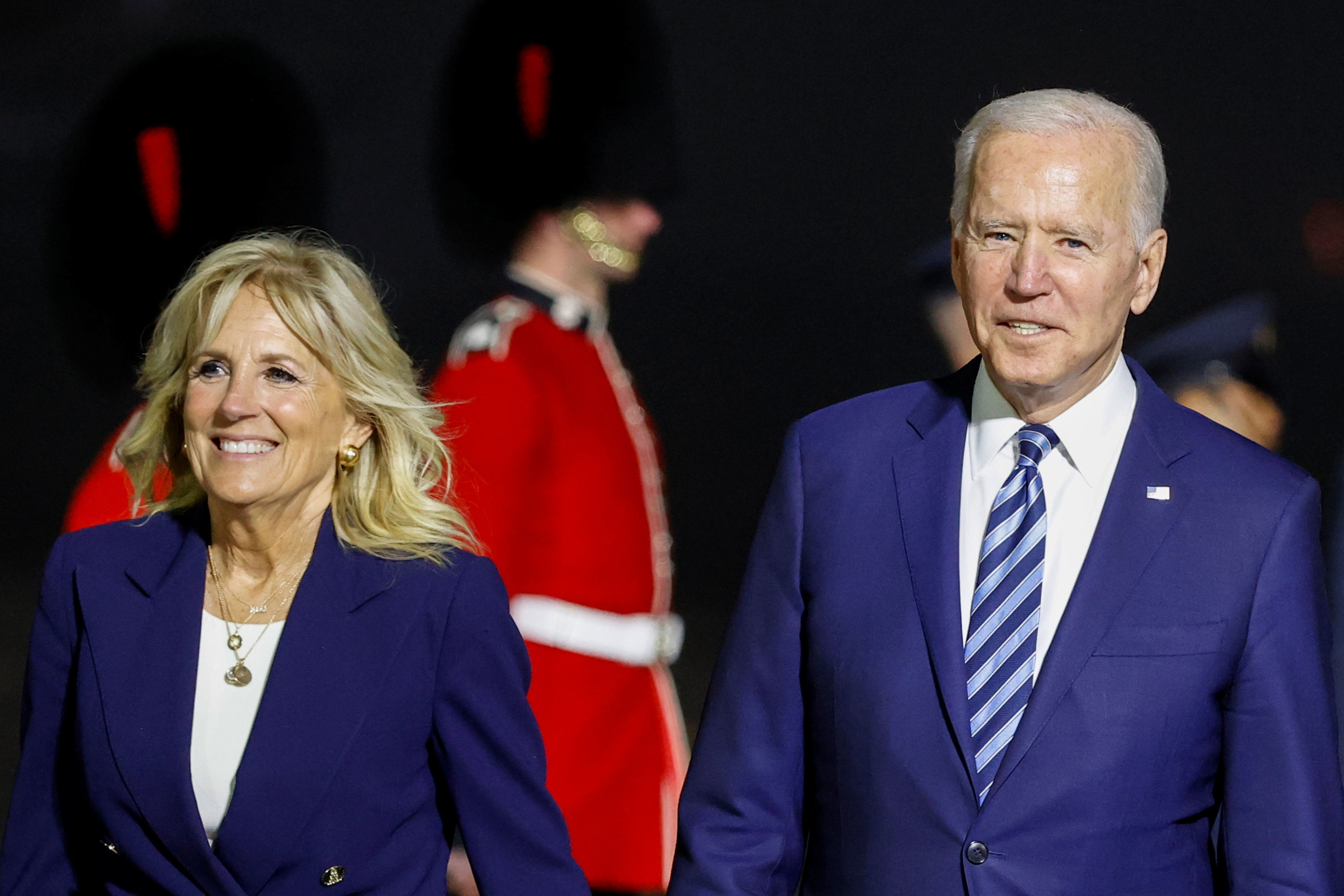 When did Joe Biden arrive in the UK?

Biden arrived in the UK on Wednesday, June 9, 2021 as part of an eight-day overseas trip.

The US President and First Lady Jill Biden landed at RAF Mildenhall in Suffolk.

He addressed US Air Force personnel at the base.

After his time at Mildenhall, Mr Biden flew to Newquay before travelling on to Tregenna Castle in Carbis Bay.

This is his first foreign trip since being elected to the White House in January due to the Covid-19 pandemic.

Biden is due to have a meeting with Prime Minister Boris Johnson on June 10, before the G7 summit begins.

Where is Joe Biden staying?

While the G7 summit is being held at the Carbis Bay Hotel the world leaders attending, including Biden and Johnson, will stay at the Tregenna Castle Resort.

The castle was built in 1774 and became a hotel in 1871 and is now a Grade-II listed building.

It sits in 72-acres and contains an 18-hole golf course.

It was eventually bought by the Bolitho family.

Colonel Edward Bolitho, the Lord Lieutenant for Cornwall, is a representative of the Queen in the Duchy. 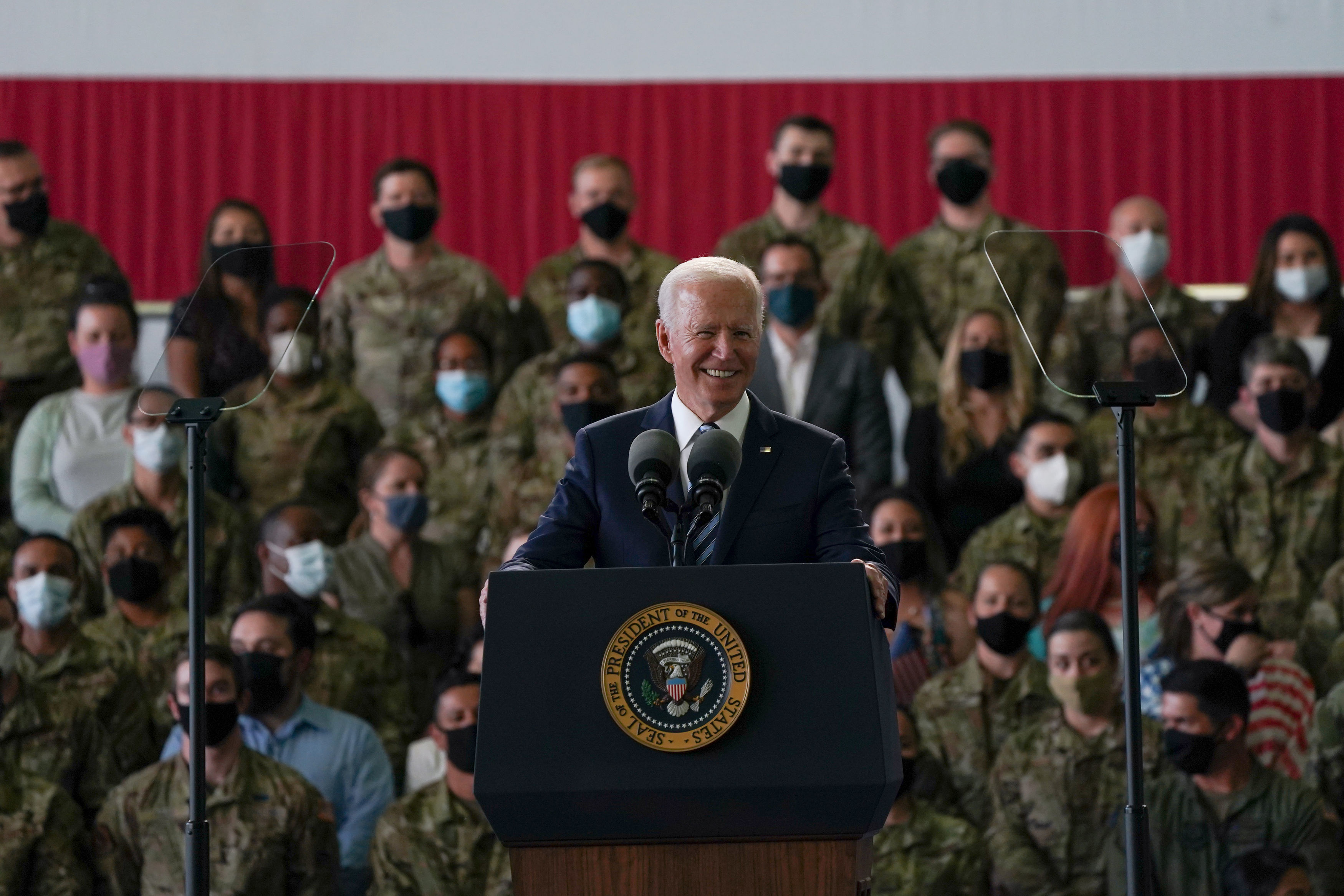 What is Joe Biden's itinerary while in the UK?

Biden is due to hold talks with Boris Johnson today, June 10, before the G7 summit begins the following day.

The key summit is scheduled to last three days with Biden then meeting the Queen on June 13.

During his time in the UK Biden is expected to lay out his plans for a global Covid vaccine strategy to tackle the virus.

Biden plans to donate 500million Pfizer Covid vaccine doses to about 100 countries over the next two years, reports indicate.

The US will distribute 200m shots this year, and 300m in the first half of next year.

The vaccines will be given to 92 lower-income countries and the African Union, and will go through the COVAX vaccine alliance.

He will then move to Brussels for Nato and US-EU summits early next week.

Biden will then travel to Geneva for crunch talks with Russia's President Vladimir Putin.

While addressing US forces personnel at RAF Midenhall he told the audience he wanted to see Putin face-to-face and let him know what I want him to know." 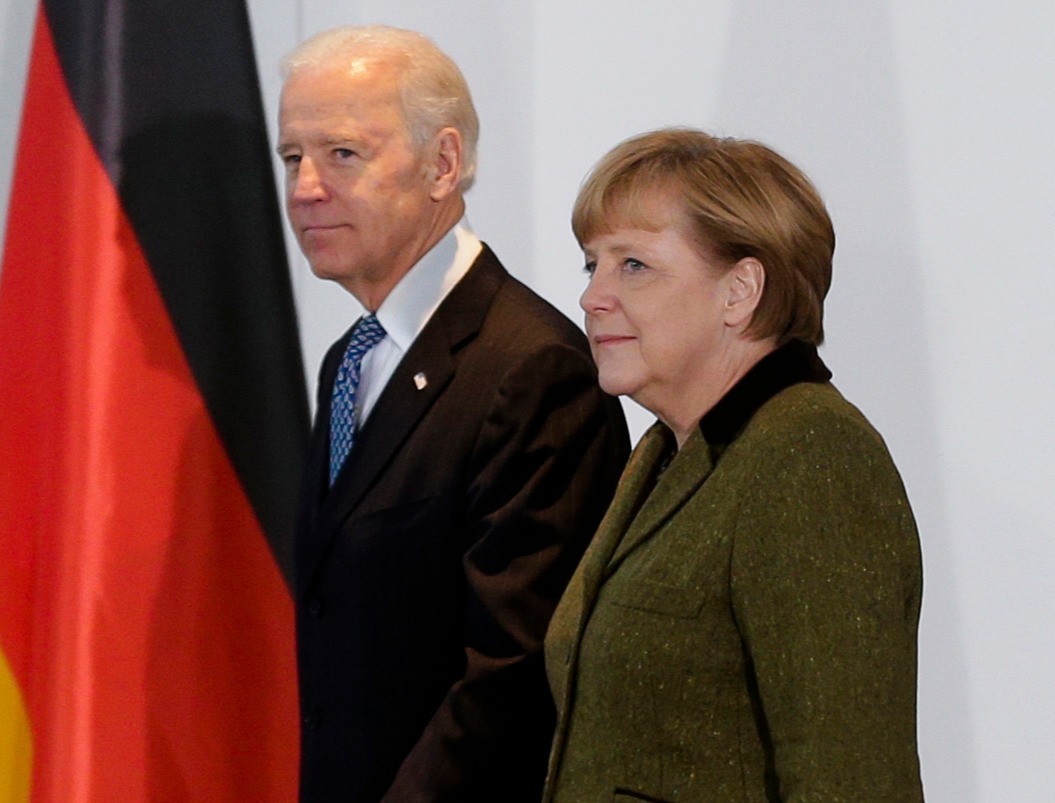 Why is Joe Biden visiting the UK?

Biden is visiting the UK for this year’s G7 summit.

The G7 summit – also known as Group of Seven – is an informal meeting between leaders of the wealthiest nations on the planet.

It will be Biden’s first face-to-face meeting with the aforementioned since the US elections.

The US president has highlighted the importance of the summit in an article for The Washington Post.

He wrote: "In the United Kingdom, after meeting with prime minister Boris Johnson to affirm the special relationship between our nations, I will participate in the G7 summit.

"This group of leading democracies and economies has not met in person in two years due to the coronavirus.

"Ending this pandemic, improving health security for all nations and driving a robust, inclusive global economic recovery will be our top priorities."