JOHN McAfee's wife Janice has said she does not believe the tech guru killed himself, arguing the story of his suicide spread like a malignant cancer.

The widow posted a lengthy statement to Twitter on Tuesday following the tech mogul's death in a Spanish prison last month. 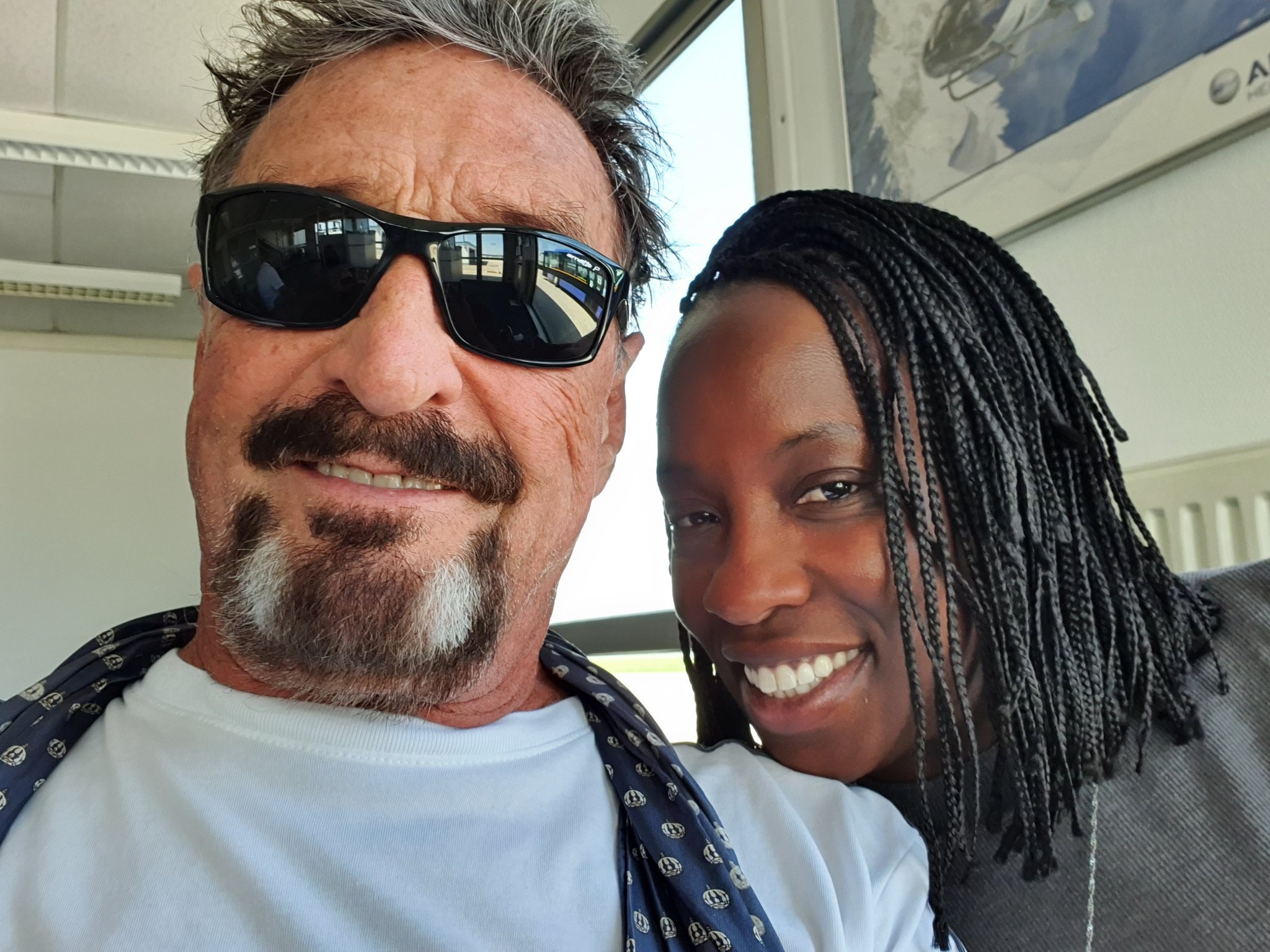 She wrote: "John was a fighter and he had so much more fight left in him.

"He told me to be strong and not to worry, we would continue to fight all necessary appeals.

"His last words to me were I love you, I will call you in the evening but sadly that call never happened.

"The story of John's "suicide" was already prepared and presented to the public before I or his attorneys were even notified of his death." 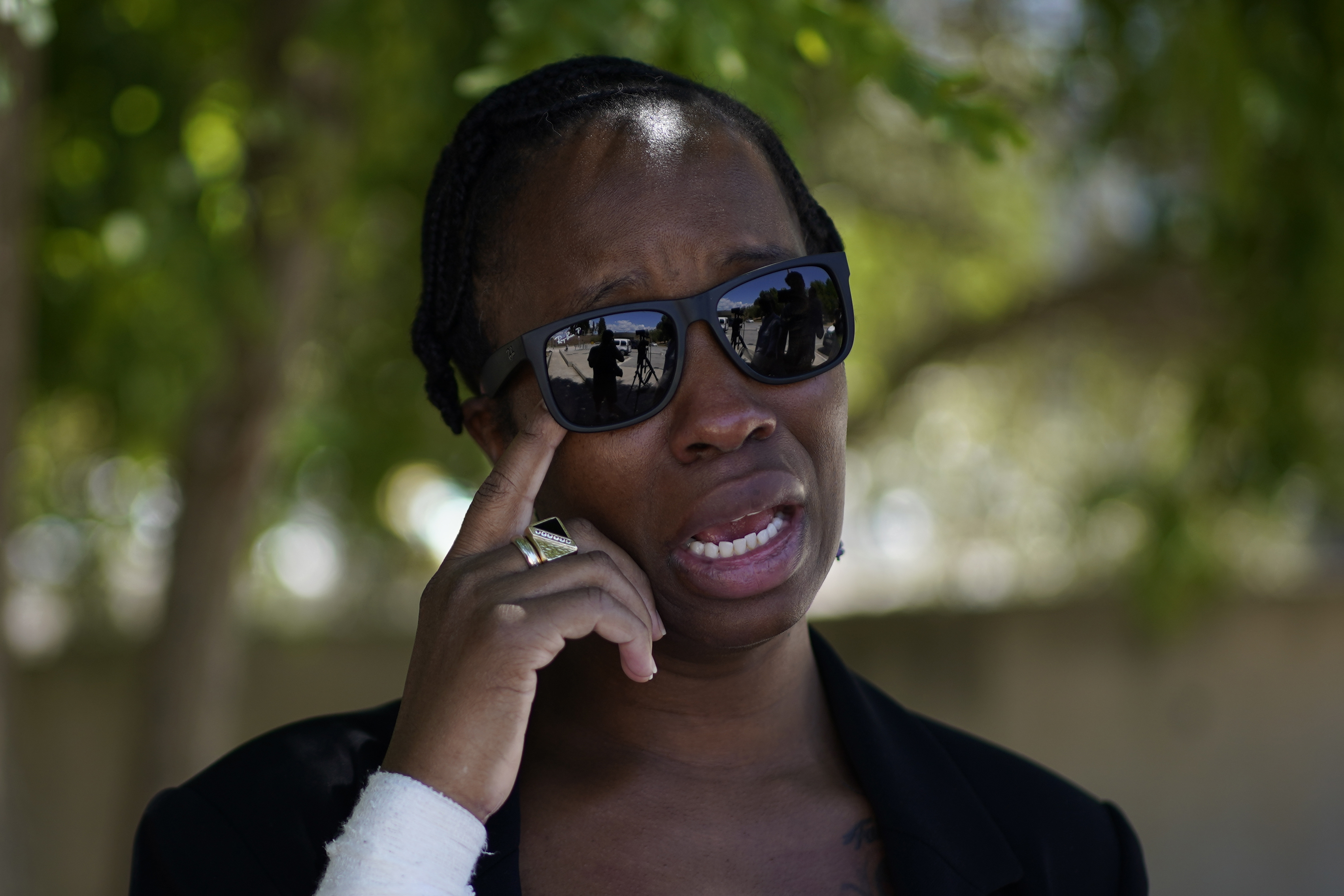 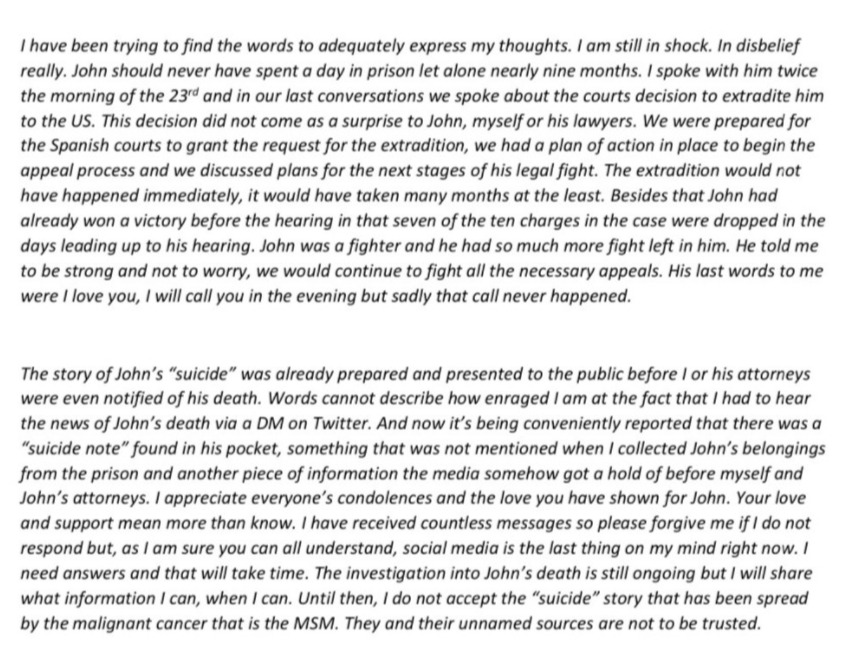 A number of conspiracies have surfaced on the internet following McAfee's, 73, death in Spain, in which officials say all signs "pointed to a suicide."

The antivirus tycoon was found dead on June 23 after he prepared to be extradited to the United States.

McAfee's widow Janice and his close friends have said he was not suicidal.

She said on Tuesday: "I do not accept the "suicide" story that has been spread."

Janice, who met her tech mogul husband in 2012 in Miami, said: "I blame the U.S. authorities for this tragedy. Because of these politically motivated charges against him my husband is now dead."

The widow said her husband had not been suicidal in the hours before his death, adding: "His last words to me were ‘I love you and I will call you in the evening.'

"Those words are not words of somebody who is suicidal."

Relatives of the antivirus software pioneer also questioned his death by suicide as they referenced his own previous claims of "authorities trying to shut him up."

Shelley Uden said she was "very sad" to hear of her cousin's death, adding "if he did take his own life, we may never know why.”

McAfee’s Spanish lawyer, Javier Villalba, said the entrepreneur’s death had come as a surprise to his wife and other relatives, adding he would seek to get “to the bottom” of his client’s death.

"This has been like pouring cold water on the family and on his defense team," Villalba told The Associated Press on Thursday. "Nobody expected it, he had not said goodbye." 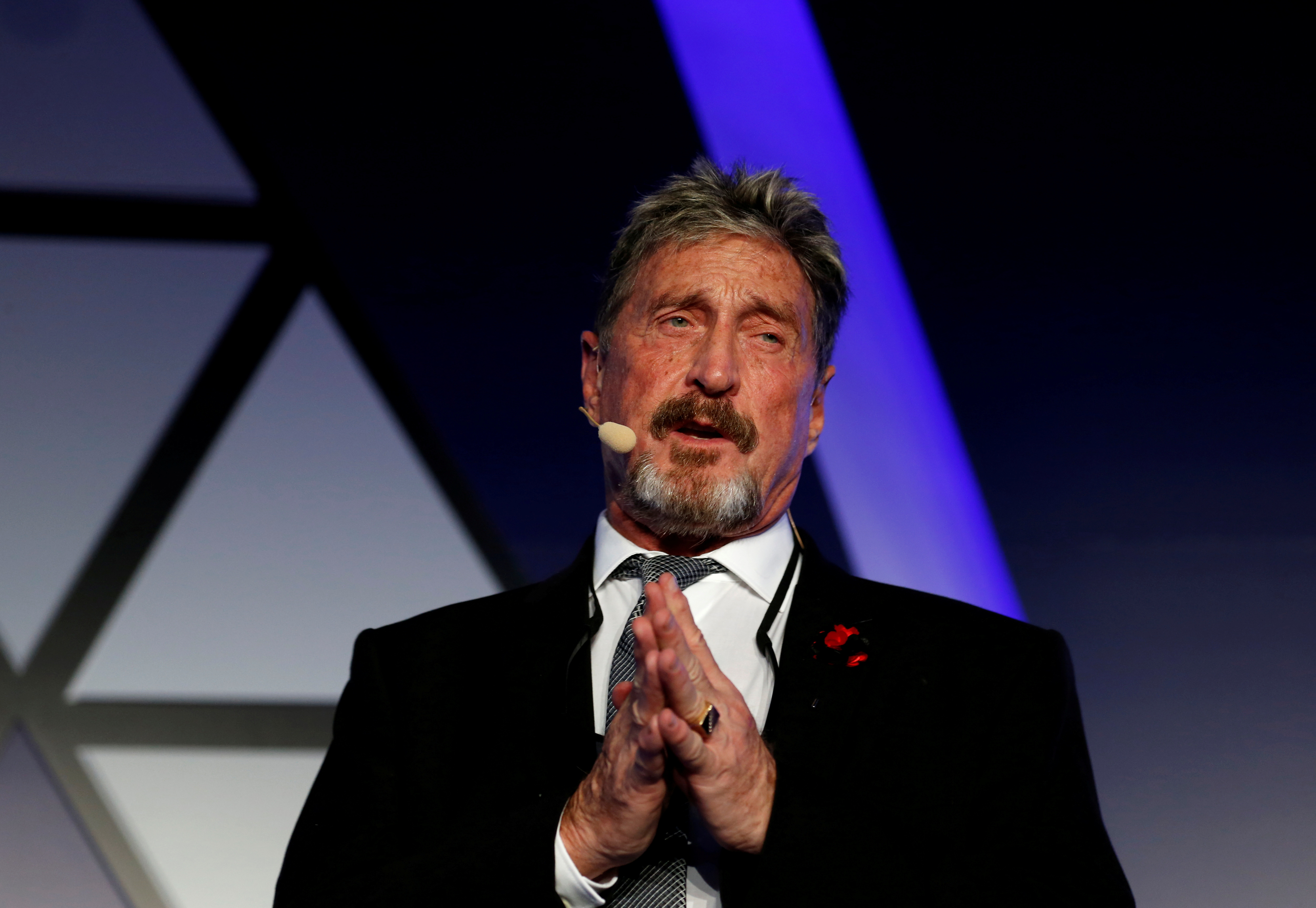 Only three days before his death, McAfee's wife Janice had claimed authorities were "determined" he would die in prison in a chilling Father's Day message.

"Now the US authorities are determined to have John in prison to make an example of him for speaking out against corruption within their government agencies."

It followed years of McAfee making his own claims that he was being targeted as he alleged that he had compiled files about "corruption" in governments.

He said that he had been receiving "subtle messages" from US officials threatening him.

The entrepreneur had also previously compared himself to convicted sex offender Jeffrey Epstein as he claimed that he would never die by suicide.

Epstein was also found dead in a prison cell in 2019.

He also showed off a tattoo on his arm reading "whackd" as he claimed again that he would never kill himself.

Ae well as facing tax evasion charges in the US, authorities in Belize sought to question him over the bloody death of a neighbor who threatened his dogs.

McAfee had lived on the run, living on a boat in international waters before he was arrested in October 2020 while trying to leave Spain for Turkey.

"Not, Be, does, John, McAfee’s, wife
World News