SICK Joseph McCann has been locked up for 30 years after raping and kidnapping 11 people including an 11-year-old boy during a cocaine-fuelled reign of terror.

The monster, 34, wore wigs, told victims he loved them and claimed they were part of a "gypsy initiation ritual" as he carried out a horrific rape spree across the UK. 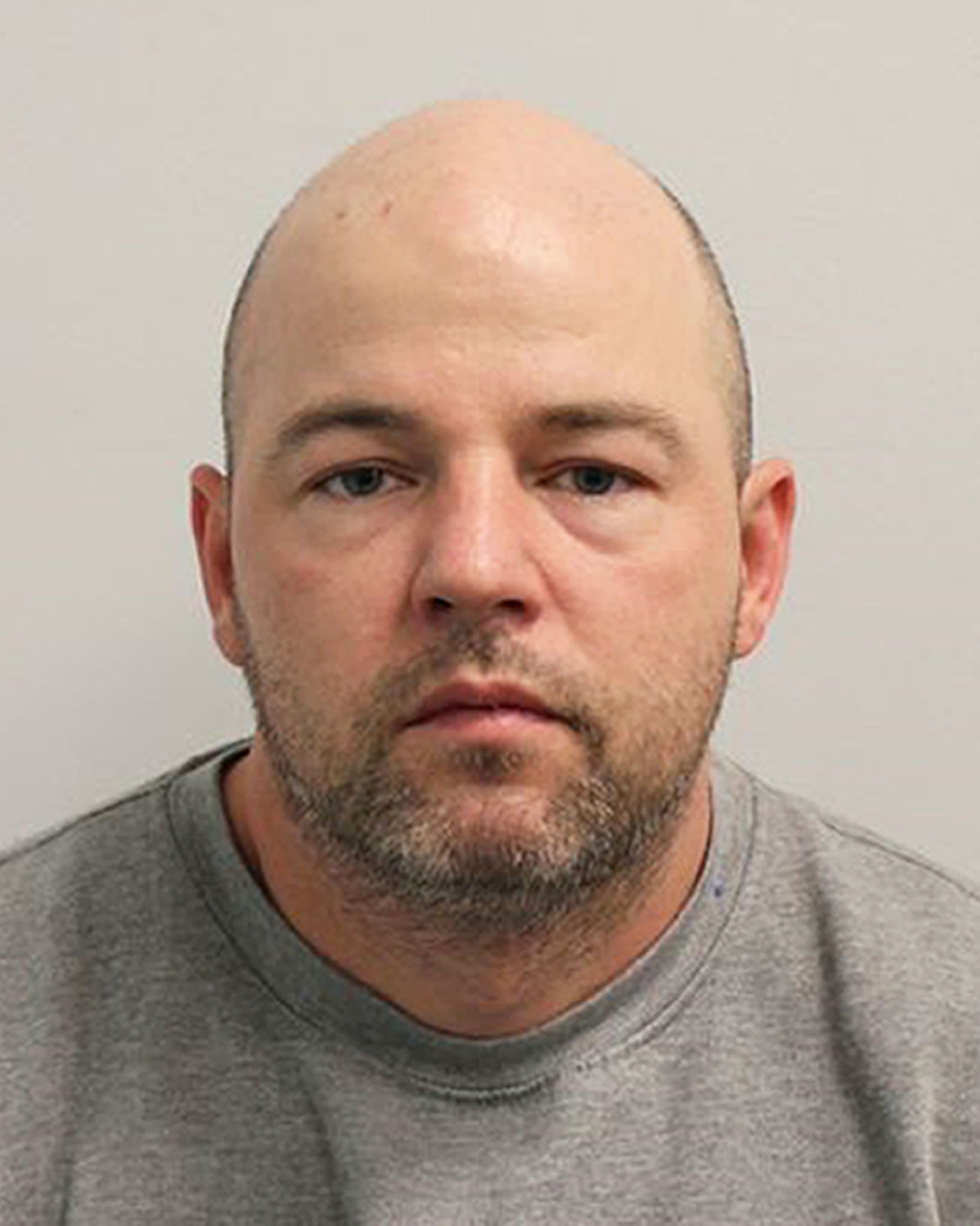 He was handed 33 life sentences with a minimum term of 30 years after a harrowing trial at the Old Bailey.

Jurors wept as they heard of the victims' ordeals – and one was excused from serving on the trial as tears ran down her face when the charges were read out.

Cowardly McCann hid under a blanket in his cell for the duration of his trial.

Jailing him for a minimum of 30 years, Justice Edis branded McCann a "classic psychopath".

you are a coward and violent bully and a paedophile. You are a classic psychopath.

He said: "This was a campaign of rape, violence and abduction of a kind which I have never seen or heard of before."

"Joseph McCann, you are very dangerous indeed to people who are weaker than you are.

"Among other things you are a coward and violent bully and a paedophile.

"Your grip on reality is quite tenuous, your instructions to lawyers were utterly ridiculous.

"You are entirely obsessed with yourself. In your world other people exist only for your pleasure and you have no ability to see the world in anybody's eyes other than your own.

"You are a classic psychopath."

A probe has now been launched by the Ministry of Justice into why McCann was not recalled to prison after committing another burglary following his release from an indeterminate sentence for aggravated burglary in 2008.

The Parole Board had failed to assess whether he was suitable for release – leaving him free to embark on his horrific spree.

The same blunder was the reason London Bridge terrorist Usman Khan was free to kill two people in a knife attack last Friday. 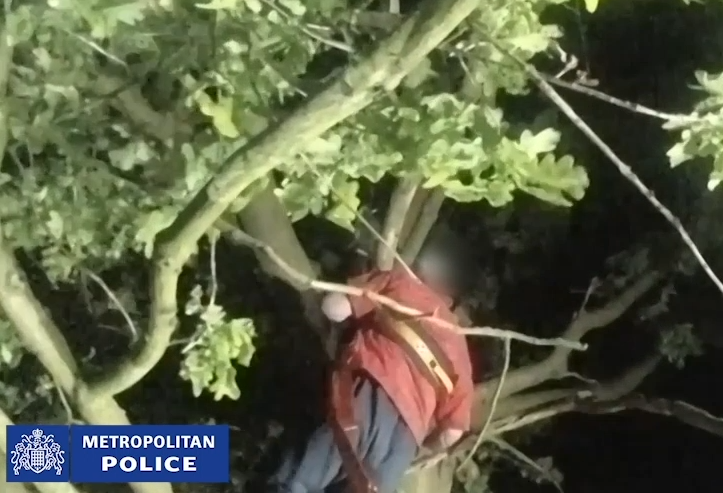 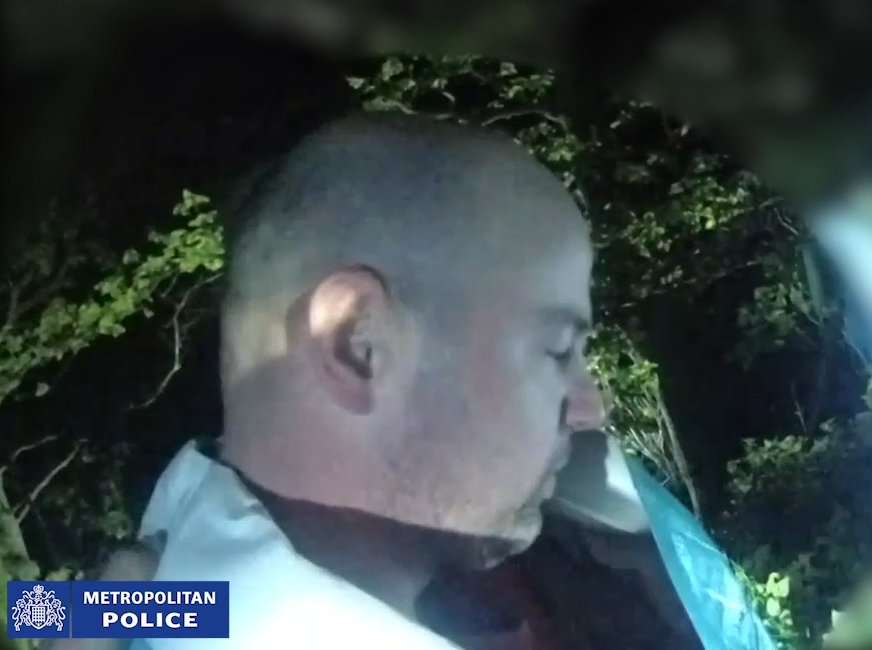 McCann abducted victims from the street and threatened some at knifepoint before brutally raping them for hours on end.

One 17-year-old girl jumped naked from a first-floor window after fearing she would be trafficked abroad when McCann raped her and her 11-year-old brother.

The girl's mum was tied up with hair straighteners and forced to listen to the muffled screams of her children as the sicko raped them both.

COULD SPEND LIFE IN JAIL

McCann's gruesome rampage finally came to an end in May this year following a dramatic five-hour stand-off with cops after the fiend fled up a tree.

He then told police: "If you had caught me for the first two, the rest of this wouldn't have happened."

McCann was today found guilty at the Old Bailey of 37 charges including the rape of a child under 13, kidnap, and sexual assault concerning 11 alleged victims.

They were all aged between 11 and 71, and the offences occurred across five police force areas over a two-week period between 20 April and 5 May.

It took jurors, who have now been offered counselling, seven-and-a-half minutes to deliver verdicts on all counts after deliberating for just four hours.

April 21 — Watford, Hertfordshire
4am: 21-year-old woman abducted outside Pryzm nightclub, driven to her home and raped in her own bed.

April 25 — Walthamstow, London
12.30am: A woman aged 25 is abducted while walking home from the Tube and subjected to 14-hour ordeal.

May 5 — Haslingden, Lancashire
Early hours: A mother is tied up in her own home while her daughter, 17, and son, 11, are raped and sexually assaulted in the room next door.

May 5 — Ramsbottom, Greater Manchester
1.30pm: A 71-year-old woman loading her car with shopping at Morrisons is abducted and raped. She is still in the car when McCann strikes again.

May 5 — Heywood, Greater Manchester
3.30pm: A 13-year-old girl is kidnapped and sexually assaulted. She and the 71-year-old woman escape at Knutsford services shortly before 6pm.

May 5 — Congleton, Cheshire
6.30pm: Two 14-year-old girls are abducted in the Fiat Punto stolen from the 71-year-old woman.

The shocking number of victims makes McCann one of the UK's worst ever sex offenders – just behind Black Cab Rapist John Worboys.

He this year admitted a string of further offences relating to four more women – bringing his total to 16 – but cops fear he may have carried out more than 100 rapes and sexual assaults on women in London.

McCann's rape spree began in the early hours of April 21 when he bundled a 21-year-old mum into his car at knifepoint as she walked home from a club in Watford.

They then drove to her home where McCann forced her in to her bedroom as her son slept next door and donned a wig as he raped her, saying: "It is normal, it is what they do in the traveller community."

Exclusive footage obtained by The Sun Online showed McCann pull into a BP garage in Watford just after 9am on April 21.

The young woman was in the passenger seat of his Ford Mondeo at the time. 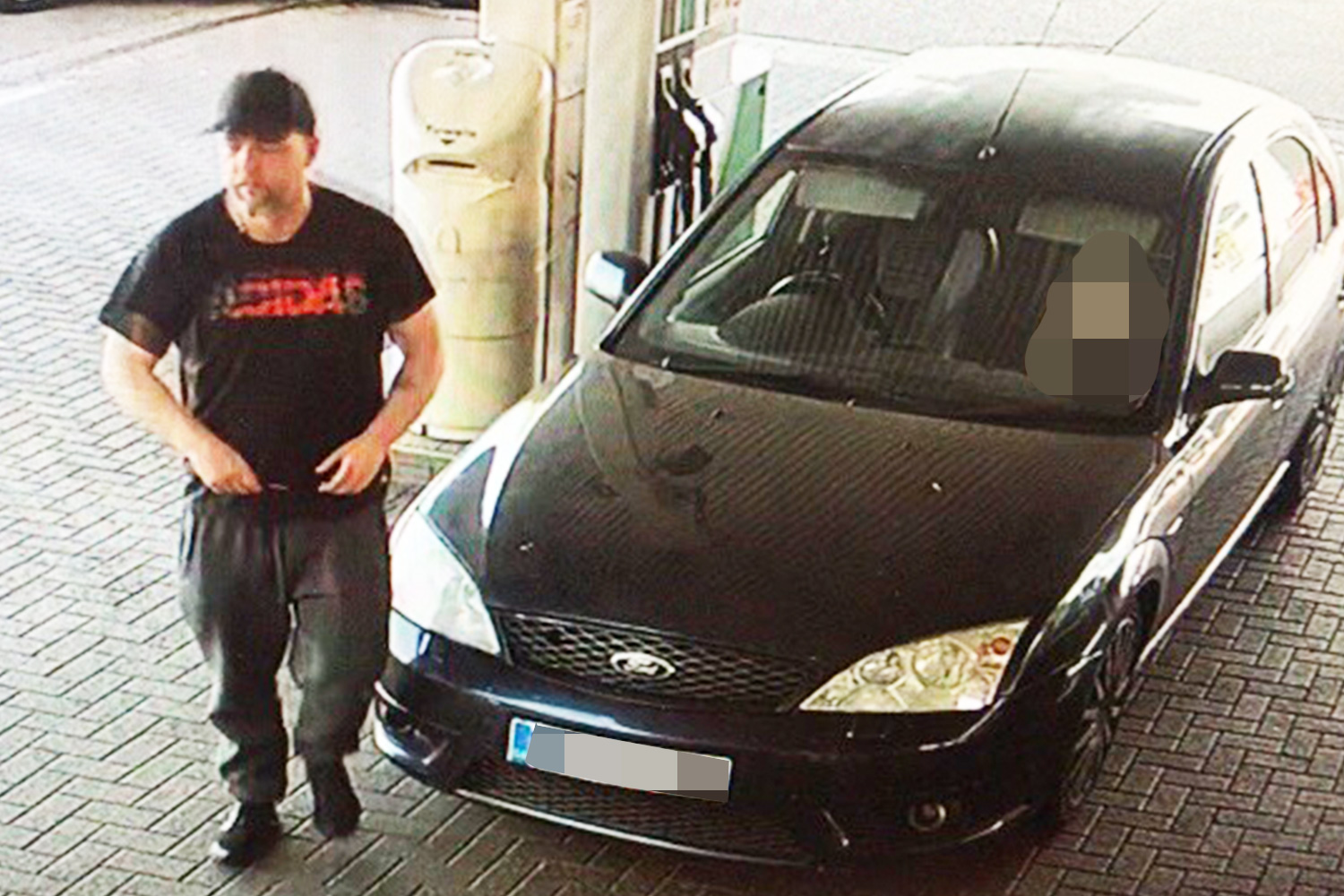 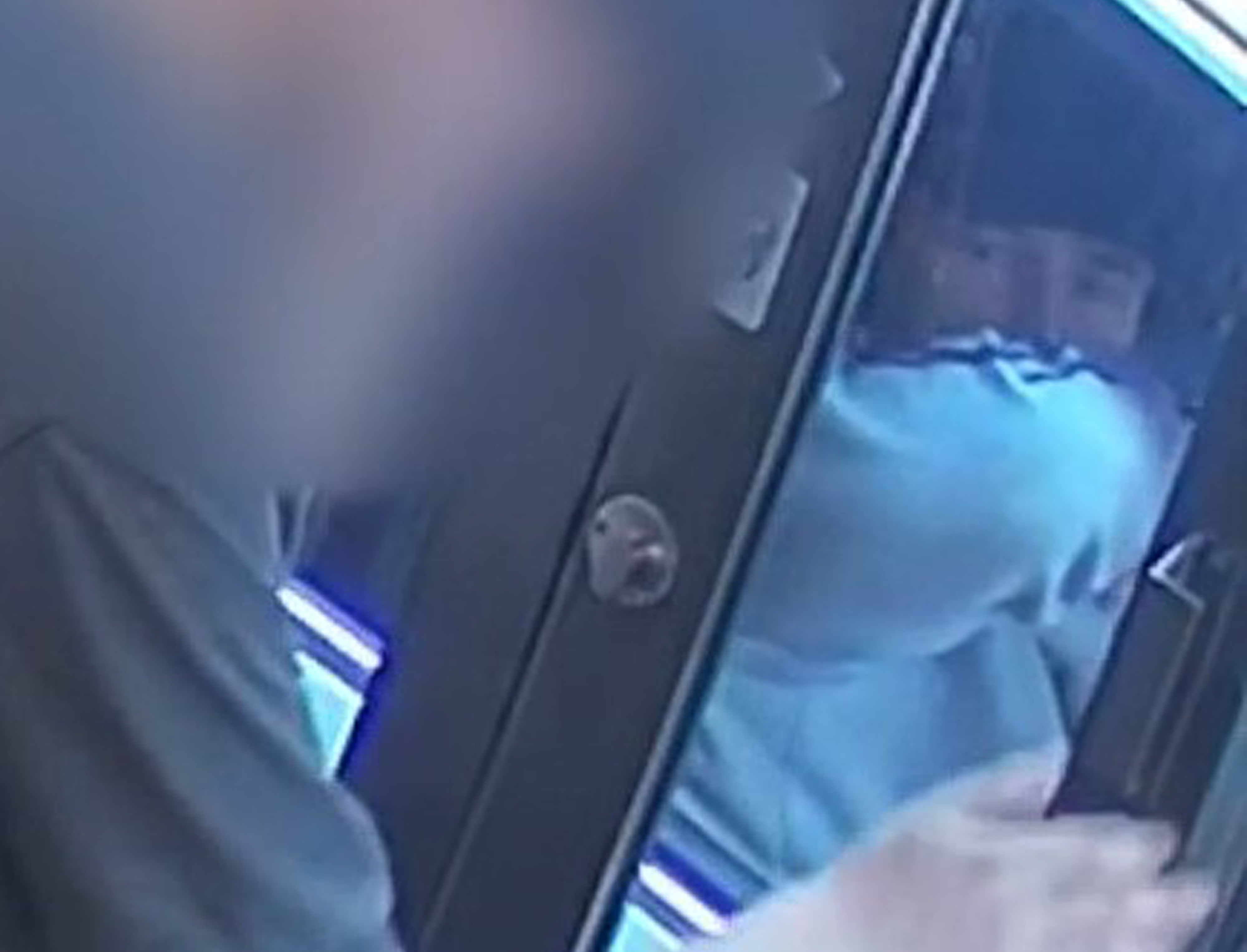 She reported the attack to police and McCann's details were put on the Police National Computer and a prison recall was issued by Hertfordshire Police.

But three days later, he subjected a 25-year-old woman to a 14-hour horror ordeal after bundling her into a car when she left a station in Walthamstow.

He raped the terrified victim repeatedly and told her she would never escape him.

McCann then picked up a 21-year-old girl walking in Edgware with her younger sister – while keeping his second victim captive.

Her sibling managed to escape but she was dragged into the car and forced to perform sex acts on the second victim and was also raped several times by McCann.

She told the court: "He told me he had a knife and he was going to cut my throat and drown me."

The ordeal only ended when the 25-year-old smashed a vodka bottle over McCann's head when he tried to book them into the Phoenix Lodge hotel in Watford, Herts.

Why was he free to carry out attacks?

In 2008, McCann had been ordered to serve a sentence of Imprisonment for Public Protection (IPP) when he burgled the home of an 85-year-old man and threatened to stab him.

This meant after a minimum term of two-and-a-half years he'd be freed from jail only when the Parole Board decided it was safe to do so.

He was out licence from prison when he was arrested in August last year for burglary and should have been recalled to jail – allowing the Parole Board to be informed by the Probation Service about the case.

But he was instead remanded into custody and then given a three-year determinate sentence, which did not take into account his earlier offending.

And like London Bridge terrorist Usman Khan, McCann was then automatically freed to carry out further crimes.

Following his arrest in May, the Ministry of Justice carried out a serious further offence review into McCann's case.

The review is understood to have identified an error in the probation service failing to recall McCann when he committed the burglary.

Of four probation staff in the South East and Eastern division who were directly involved in McCann's supervision, one was demoted, according to PA.

Jo Farrar, chief executive of HM Prisons and Probation Service, has “apologised unreservedly” for failings in the case.

Police then publicly released details of the double kidnap and rape the next day and later issued CCTV.

McCann was finally named on April 30 – with cops offering a £20,000 reward for information after linking him to the attack in Watford.

But the serial sex attacker continued his chilling journey across the country – preying on the mum and her two children in Haslingden, Lancs, on May 5 after meeting her in a bar.

After tying up the mother, he pinned the daughter and 11-year-old down and sexually assaulted them – forcing the teenager to jump from a window and limp to a relative's house with a fractured heel.

The girl, whose brother has been left so traumatised he is unable to speak, said: "Because it happened to me and my brother it has kind of ruined the family."

After the horror attack, McCann then made his way to Ramsbottom where he pounced on a 71-year old pensioner who had just finished loading her bags into her Fiat Punto at Morrisons.

He attacked her in a nearby industrial estate after telling her "so, we will have sex now" and then picked up a 13-year-old girl as the OAP drove him in her car on the same day.

He swigged from a bottle of sparkling wine as he told the girl he was in love with her before abusing her.

She said: "When I was in the car he tried to stab me in the leg with a pen. He kept saying that apparently I am going to go out with him, he asked me if I had a boyfriend." 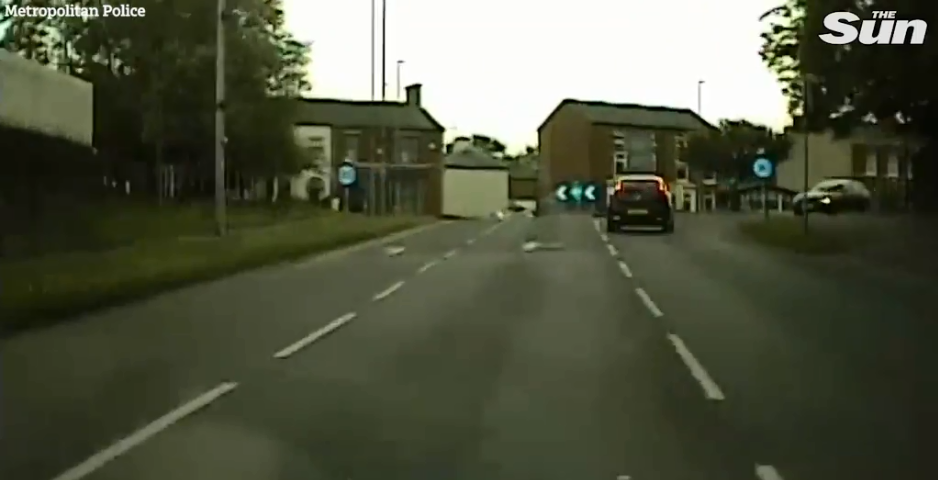 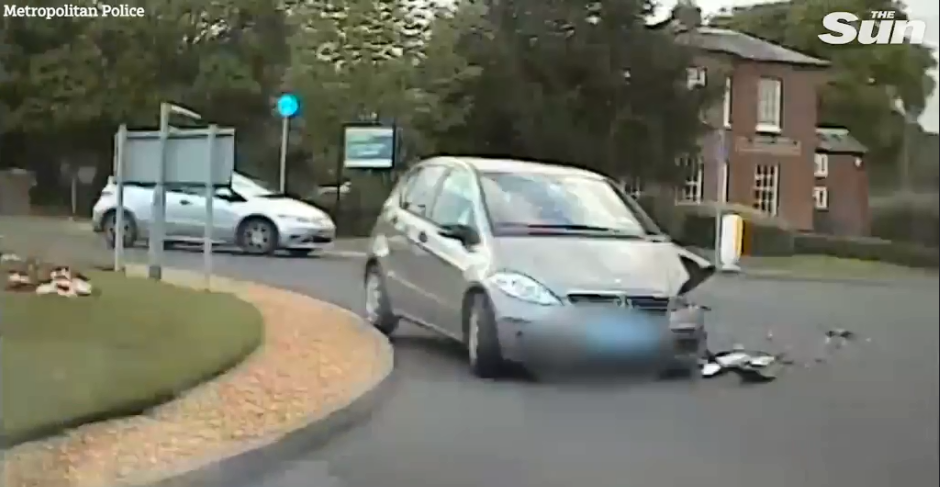 They managed to escape when McCann pulled into Knutsford services on the M6 but the monster continued unfazed to Congleton, Cheshire, to continue his rampage.

McCann snatched two 14-year-old girls and threatened to "chop them up" a machete as he forced them into the Fiat.

But as he drove away he was spotted by a police patrol car and sped off with the two terrified girls screaming in the back seat.

Dashcam footage showed the fiend driving the wrong way on a roundabout and smashing into a Mercedes as he desperately tried to flee police.

After losing officers in a housing estate, McCann then abandoned the car with the two girls inside and was next picked up on CCTV running past a man cleaning a driveway and dashing through his garden.

He swapped his T-shirt with clothes drying on a washing line and hopped in a taxi from a restaurant in Stoke.

McCann then climbed up a tree as negotiators along with paramedics were deployed to the scene.

He was finally arrested at 2.36am – five hours after he was first spotted cowering among the leaves on a heat sensor.

McCann, of Harrow, North West London, refused to appear at his Old Bailey trial and didn't give evidence.

The court was told there was no motivation for his sickening crimes as McCann displayed such "contempt" for his victims he "enjoyed making them suffer".

His victims today were praised for their bravery by the police, prosecutors and jurors – some of whom had wept as they heard the harrowing evidence.

"It was through persistence and bravery that some of them managed to escape.

'They showed great strength of character in recounting their stories to police and giving evidence to the court – reliving some of what must have been the darkest moments of their lives."

It can now be reported that four men and two women have been arrested on suspicion of assisting McCann and released under investigation.

McCann was convicted of 10 counts of false imprisonment, seven counts of rape, one count of rape of a child, two counts of causing or inciting a person to engage in sexual activity without consent and seven counts of kidnap.

After the verdicts, Scotland Yard's Detective Chief Inspector Katherine Goodwin said his crimes were the worst sexual offences her team had ever seen.
DCI Goodwin described McCann as "evil" "manipulative" and "cunning".

She added: "He clearly is a horrendously dangerous individual. Each person feared for their lives while they were held against their will." 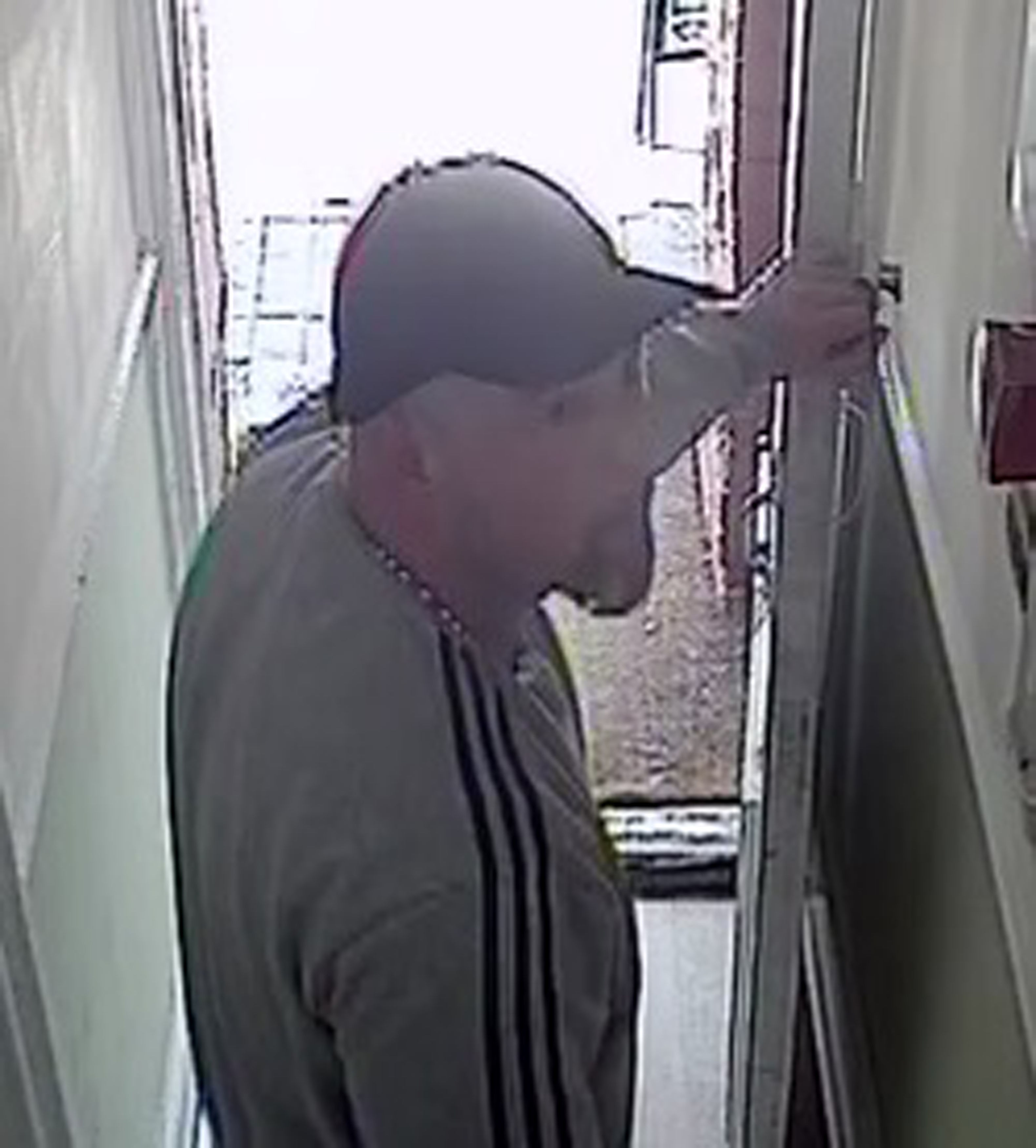 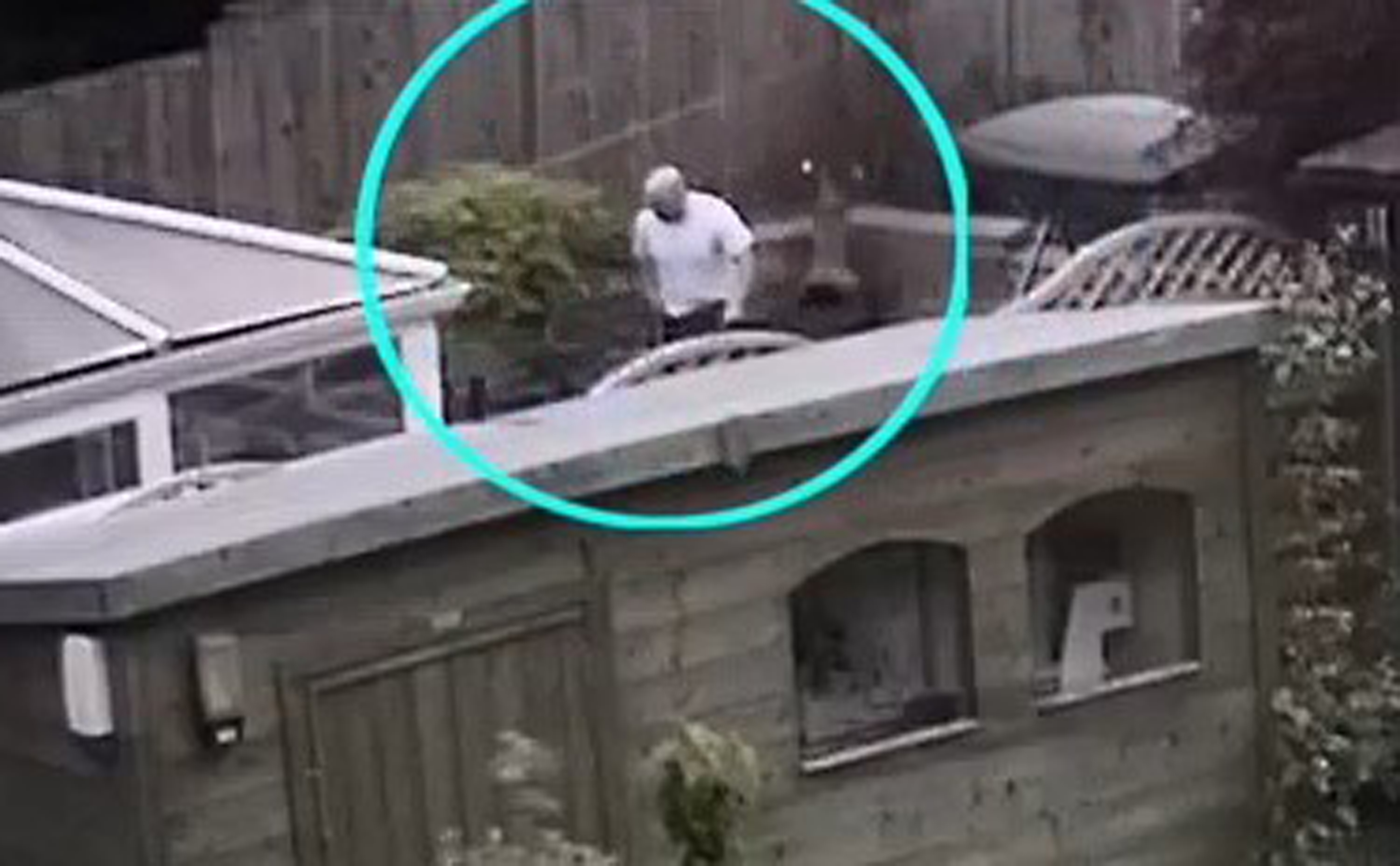 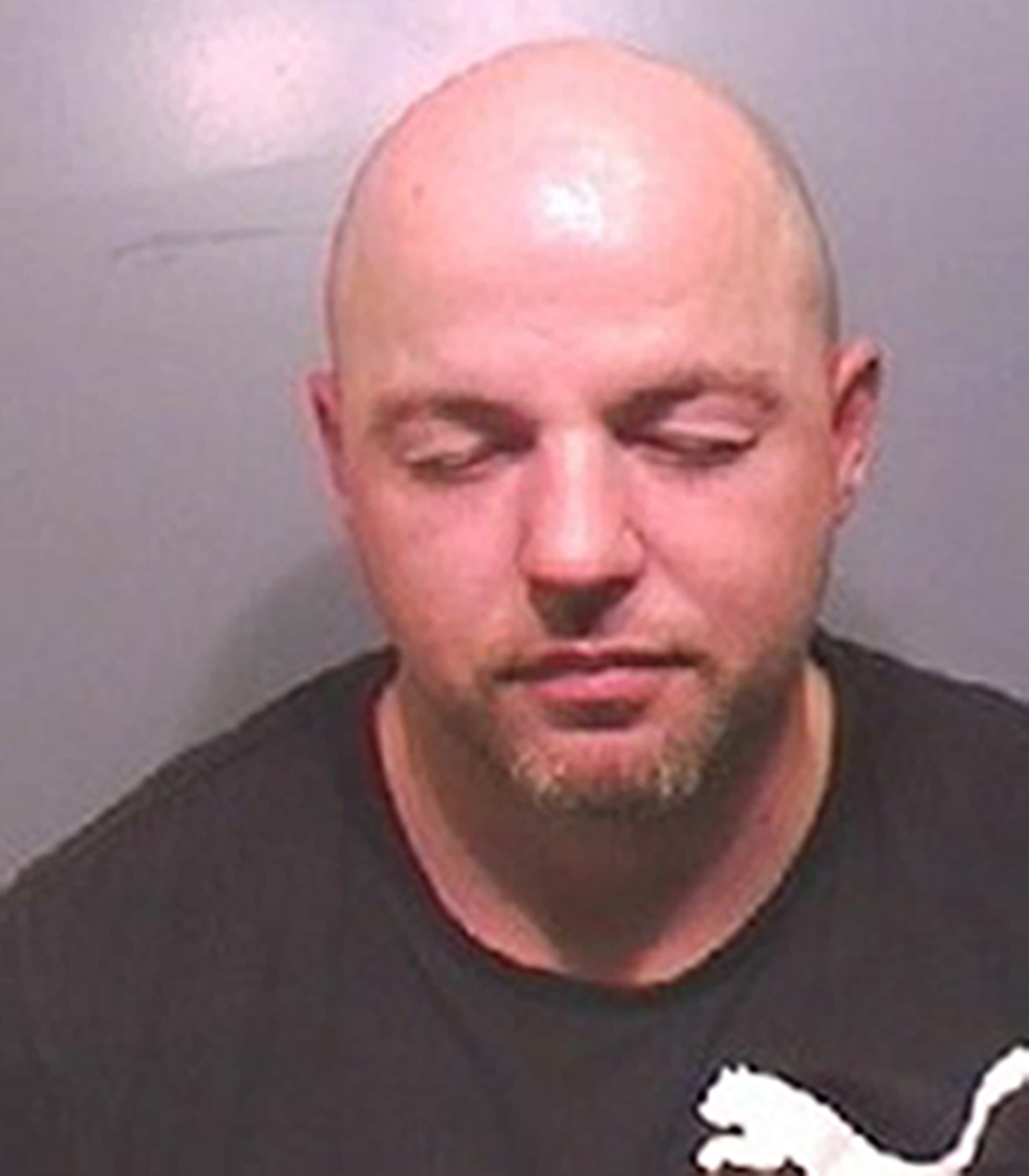