Home » World News » Julia Roberts found out through Ancestry DNA she's not actually a Roberts: 'My mind is blown'

Julia Roberts found out through Ancestry DNA she's not actually a Roberts: 'My mind is blown' 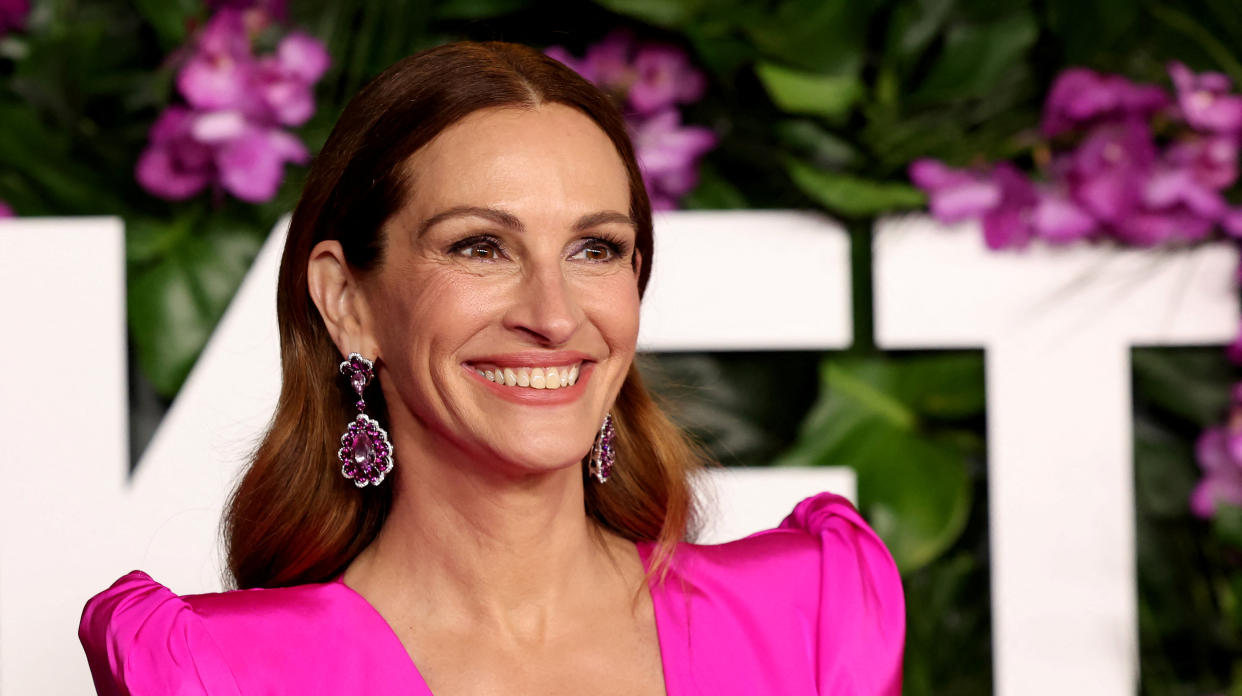 Julia Roberts, one of most recognizable names on the planet, is not actually Julia Roberts. Introducing… Julia Mitchell?

The Pretty Woman star appeared in Ancestry's Finding Your Roots with Dr. Henry Louis Gates, Jr. where she found out (along with the rest of us) that her great-great grandfather could not possibly be a Roberts. Gates Jr. laid out the research he found regarding Julia's family tree.

Julia's great-grandfather, John Pendleton Roberts, was born in 1878 as noted in Georgia's 1880 census. He lived with his mother — Julia's great-great grandmother — named Rhoda Suttle Roberts. (The 55-year-old Oscar winner noted she had never heard of Rhoda before.) However, John's father is "missing" in any official records.

In the 1850s, Rhoda married a man named Willis R. Roberts — the surname Julia now carries — but he passed away in 1964, "over a decade before" Rhoda gave birth to Julia's great-grandfather.

"But wait. Am I not a Roberts?" asked the actress.

Gates Jr. said there are no records in Douglas County listing John's father. Julia and one of her father's first cousins submitted DNA samples and Ancestry matched them to another descendant thanks to publicly available databases.

"In the end, we found a cluster of matches that tied Julia and her cousin to one man," revealed Gates Jr. Julia then read the name aloud: "Henry McDonald Mitchell Jr."

"You just read the name of your biological great-great grandfather," said Gates Jr.

"You're Julia Mitchell," confirmed Gates Jr., which caused Julia to erupt in laughter. "You are not a Roberts biologically."

Looking back at the 1880 census, Gates Jr. theorized why Rhoda didn't divulge who John's father was: Mitchell Jr. is listed as living with his wife, a woman named Sarah, and their six kids. Mitchell Jr. lived a few miles from Rhoda and his mother lived just four houses down from her.

"Sarah was probably saying, 'Oh, you're going to see your mom that's so sweet!'" quipped Julia.

"On the one hand, my mind is blown and it is fascinating. And on the other hand, there's part of me that when I'm calmer, you know, can still wrap my arms around the idea that my family is my family," added the actress.

Julia then laughed, "And I do prefer the name Roberts! Yeah, this was a very unexpected turn."