A New Jersey woman who faces up to four years in prison after pleading guilty to a role in a crowdfunding scam has had her sentencing hearing delayed, according to reports.

Authorities have said Katelyn McClure and her then-boyfriend Mark D’Amico raised about $400,000 from donors, purportedly to aid homeless veteran Johnny Bobbitt — claiming Bobbitt had given McClure his last $20 to help McClure buy gas for her car.

But investigators later acccused McClure and D’Amico of using the donated cash to purchase vehicles and pay for gambling trips to Las Vegas and Atlantic City, N.J., Philadelphia’s KYW-TV reported.

McClure’s sentencing hearing was initially scheduled for Friday but was postponed for an undisclosed reason. No new date has been set, the New York Daily News reported. 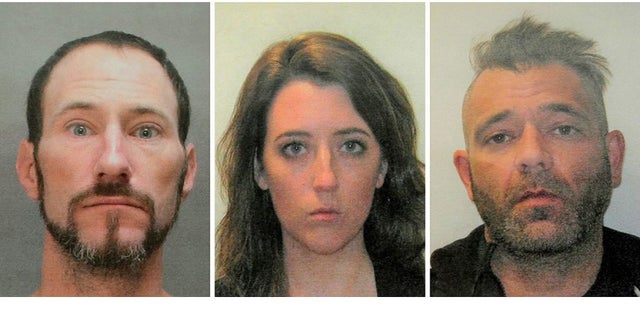 D’Amico is still fighting federal charges filed against him while Bobbitt has pleaded guilty to participating in the scam and is awaiting sentencing, the report said.

Bobbitt received a $75,000 cut of the donated money, the Daily News reported.

Officials for the crowdfunding site that was used in the scam pledged to make sure all the duped donors would have their money refunded.