Kidnappers let girl, two, go after being bitten by her family's dog

Girl, two, is snatched by men in front of her horrified mother but kidnappers let the child go after being bitten by the family’s dog

Police are hunting two men who attempted to kidnap a two-year-old girl, but let her go after being bitten her family’s dog.

This morning, a woman was with her daughter and her dog in The Mount, Ringwood, Hampshire, between 10.40am and 10.50am, when they were approached by two men, who were interested in the pet.

One of the men then picked up the little girl and ran with her towards a nearby housing estate, her mother told police. 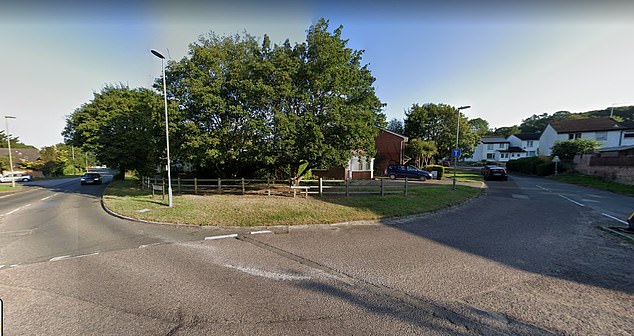 Police are hunting two men who attempted to kidnap a two-year-old girl, but let her go after being bitten her family’s dog. Pictured, The Mount, Ringwood

But the child was let go after the family dog bit the man on his leg.

‘The young girl, and her mother, are being supported by specialist officers who are at this early stage trying to ascertain the exact circumstances of what happened and they are currently dealing with it as an attempted kidnapping,’ a Hampshire police spokesman said.

The two men are described as white, in their late 30s, both approximately 5ft 7ins tall, wearing caps — with one wearing light blue jeans and the other dark jeans.

Detective Inspector Janine Bradley said that she is taking the attempted kidnapping ‘very seriously’ and wants to ‘reassure the public’.

‘We fully appreciate that this incident will have a significant impact on the community,’ she said.

‘Our officers are carrying out extensive inquiries in the local area – including house-to-house visits, scoping CCTV and there will be high-visibility patrols in the area to reassure the community.’