KIM Jong-un has been seen for the first time in nearly a month, as officials warn of a “yellow dust” blowing Covid into the country from China.

In his first appearance in 25 days, the leader commanded officials to do more in their handling of the coronavirus pandemic. 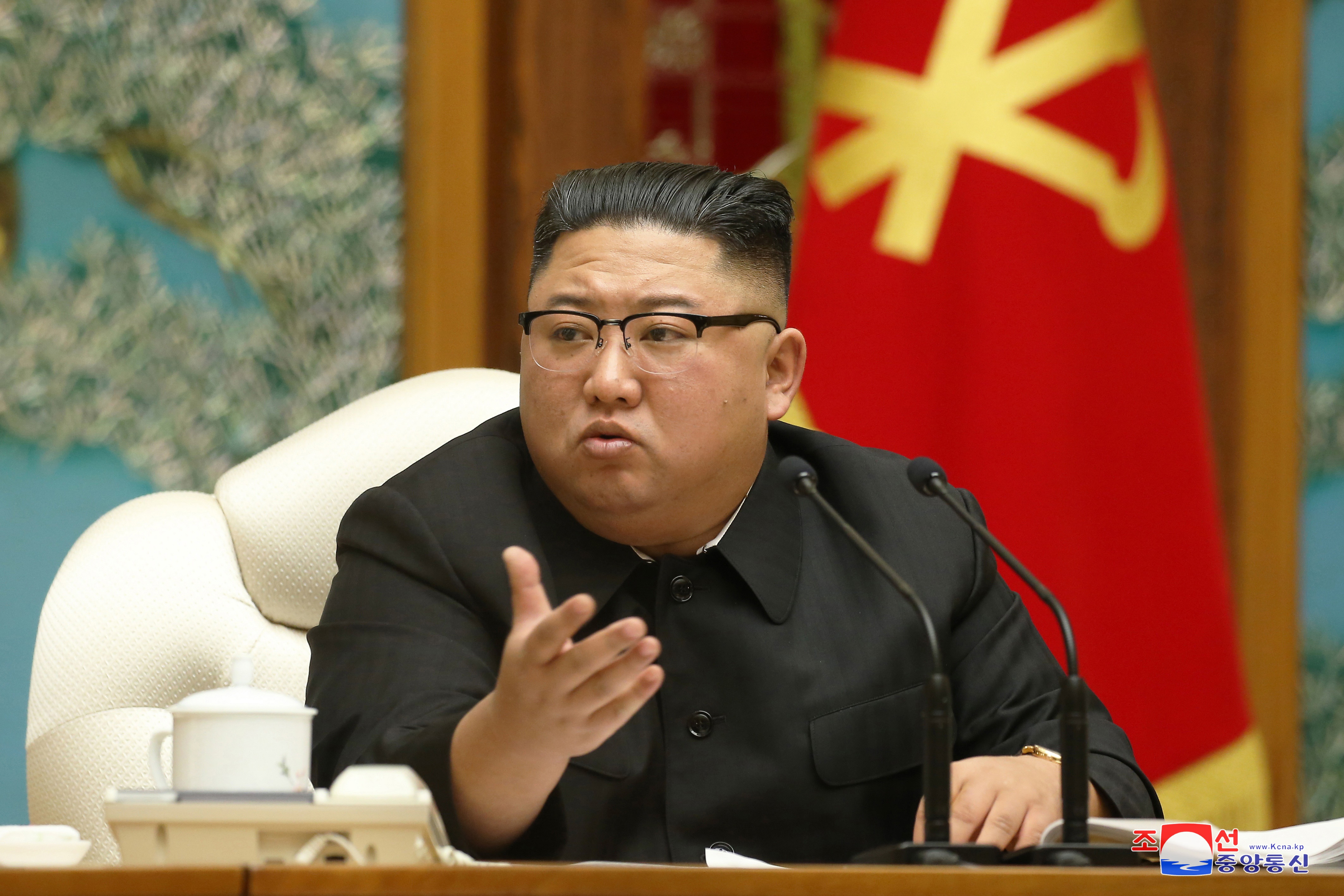 He also warned citizens to desist from “non-socialist” practices.

He addressed members of his Worker’s Party in a politburo meeting where he spoke about how his nation was tackling the deadly bug.

According to state-run media KCNA, he also made clear to the party, the military, and economic experts what their roles were in handling the health crisis.

Mr Kim instructed authorities to “keep a high alert” and endeavour to “build a tight blocking wall and further intensify the anti-epidemic work, being aware of the important responsibility for the security of the state and the well-being of the people.”

So far, North Korea has not recorded a single case of coronavirus, although neighbouring countries such as China and South Korea were both severely affected.

Despite this, strict measures have been put in place to prevent infections.

Officials in the country have warned citizens that a “yellow dust” from China could blow in, bringing coronavirus with it.

The Rodong Sinmun newspaper, which has been known to do the bidding of Pyongyang said: “all workers… must clearly recognise the danger of invading malicious viruses.”

The country’s claims of the disease being able to travel by a cloud of dust are unsubstantiated.

In the meeting, Mr Kim called for a crackdown on educational sectors promoting “non-socialist practices”. 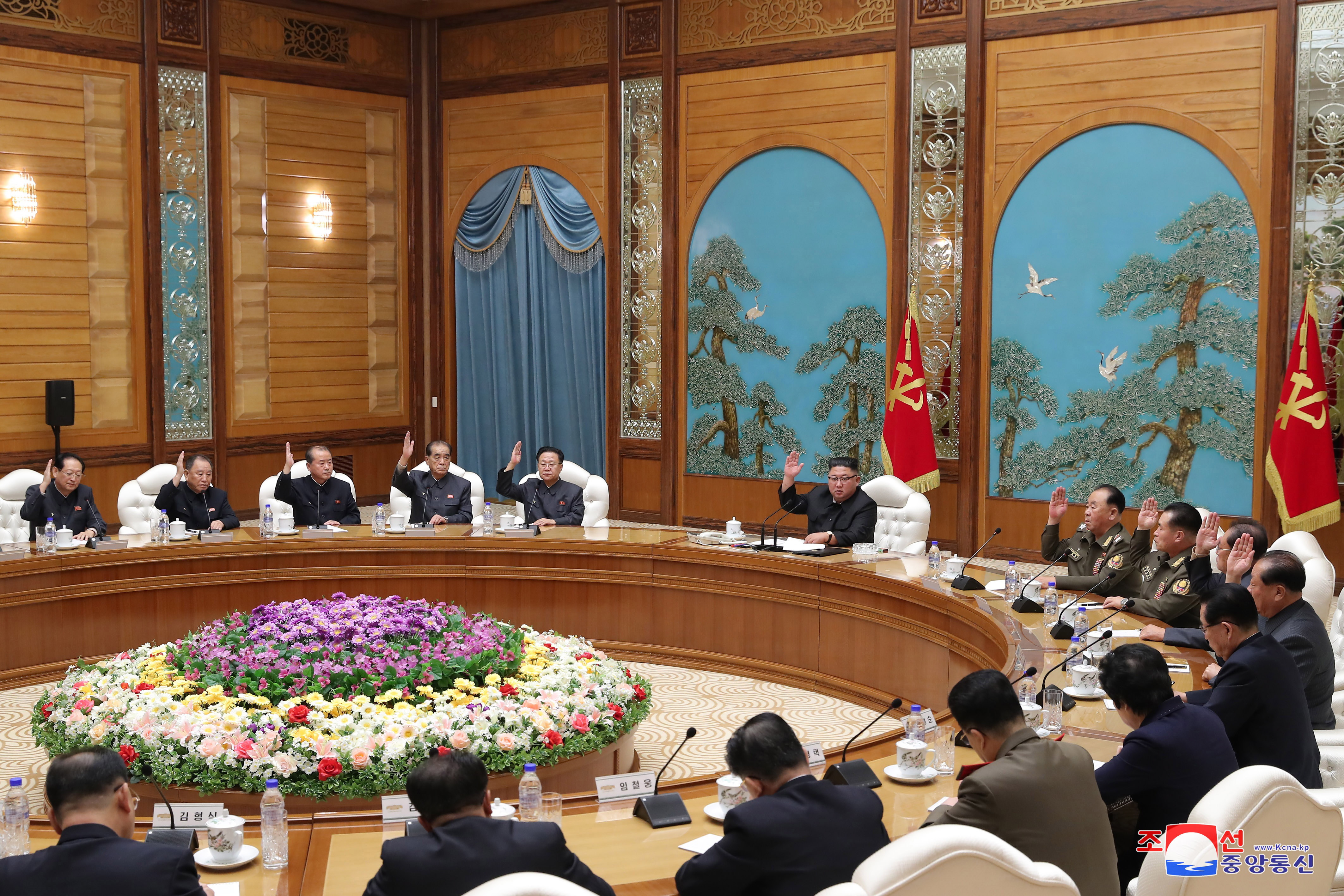 He slammed the party committee of Pyongyang University of Medicine, saying they had committed “a serious crime” but stopped short of saying exactly what they had done.

His own Central Committee, alongside other organisations in the country, were also criticised for their “irresponsibility and extreme dereliction of duty” in confronting “non-socialist practices”.

According to KCNA: “The enlarged meeting of the Political Bureau emphasised the need to awaken the Party organisations at all levels once again and wage a fierce Party-wide struggle to root out practices against the Party”.

Meanwhile, Microsoft has said that hackers from North Korea are trying to steal coronavirus vaccine research.

Although the tech giant said most of the hackers had failed, they refused to mention how many were able to succeed, according to The Daily Express.

The reappearance of the dictator comes amid fears he had been plotting to test the nerve of America’s president-elect, Joe Biden by launching a barrage of missile tests.

Since April, he has disappeared from the public only to reappear after speculation of his whereabouts.

Earlier this year, reports surfaced that he was unwell and that his sister was set to become the leader of the country.

This is not the first time North Korean officials have warned of China’s alleged coronavirus-carrying cloud of dust. 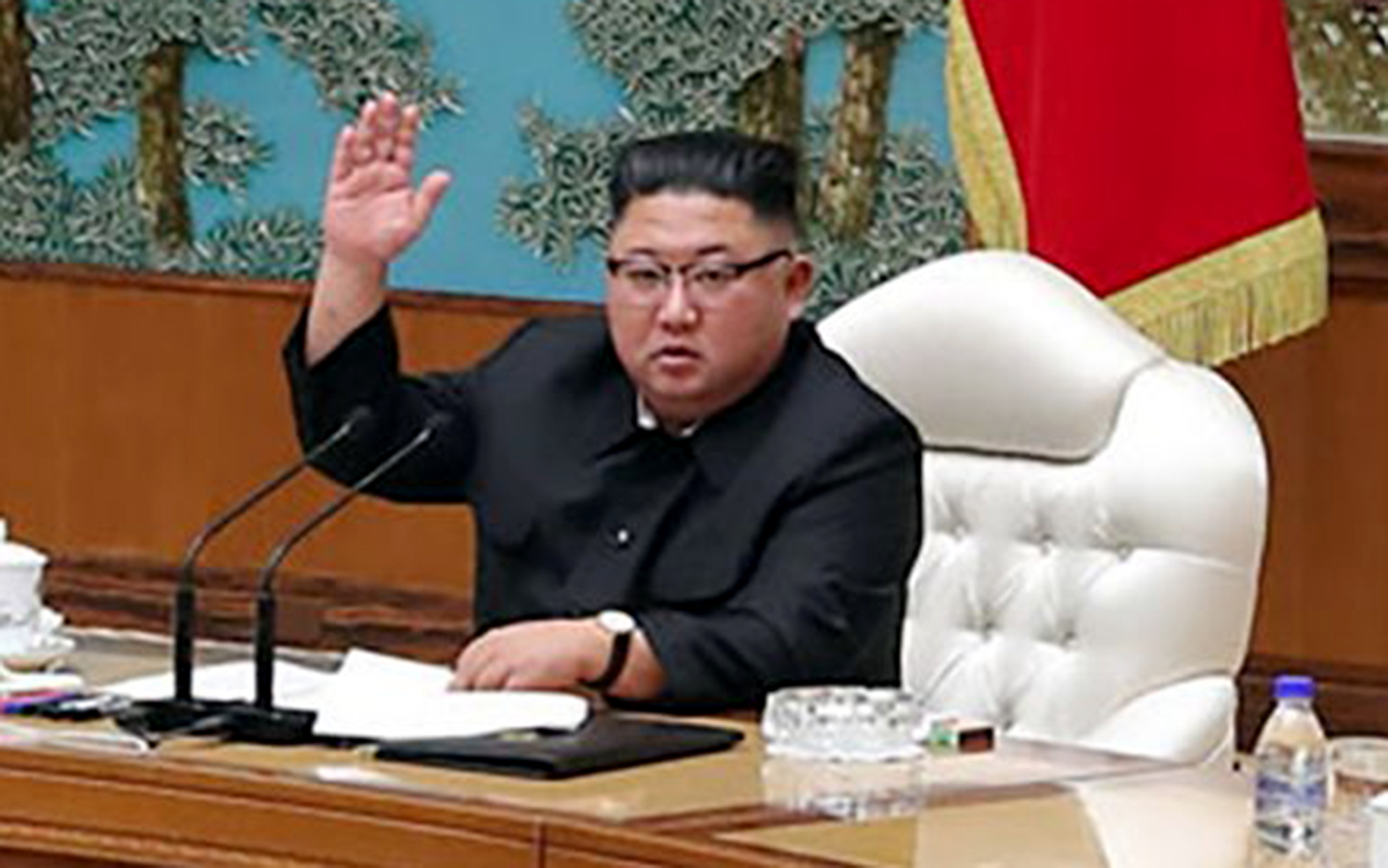