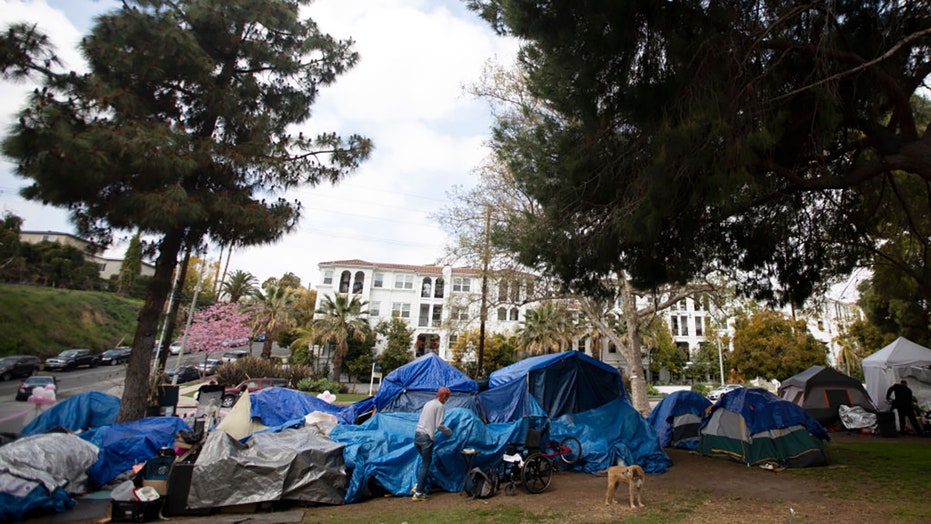 As a massive Los Angeles homeless encampment in Echo Park faces possible closure and some people living there may not leave, according to reports on Tuesday.

David Busch-Lilly, who lives at the park and has been homeless for 20 years, told the Los Angeles Times, “I’ve slept on the streets for the last 10 years in Venice, until the last seven months here and it felt like a retreat.”

He voiced dissatisfaction with city initiatives that seem to put a Band-Aid on the homeless problem.

“These hotel rooms last three to six months, and then they tell you you’re gonna go to a congregate shelter where you’re gonna be separated from your partner, your pets, your possessions,” he said.

A group of encampment residents and activists plan to hold a rally on Wednesday morning, the Times reported.

“For the past year or at least ever since COVID hit we’ve been left alone,” the group of encampment residents said in a written statement. “We’ve gotten together as a community, unhoused with housed and did things together outside the context of charity or pity. We did things together for the sake of doing things together, as one community not separated by labels.”

City officials have been planning to clear and fence in the park, which homeless people have populated within the past year. The growing encampment has reportedly left residents frustrated over the potential danger they face at the park, as well as the city’s response to it.

“People decided that Echo Park was the safest place to set up an encampment and they set up an encampment here, and it grew and grew and it made it so unsafe for residents to live here,” said Riley Montgomery, a local resident who posted an online petition that calls for the tents to be removed, according to KABC-TV of Los Angeles. “We paid $45 million in taxpayer dollars to make this lake a place that everyone can enjoy. And now it’s a place that only a few select people can enjoy.” 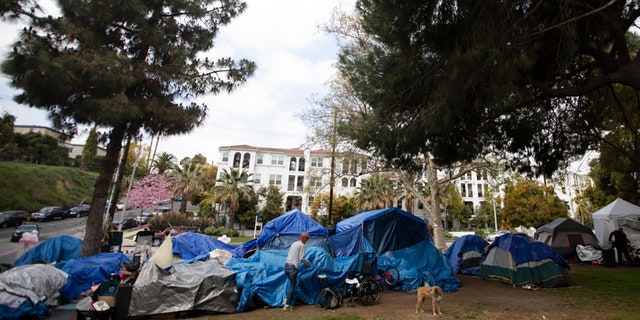 Valerie Zeller and her dog Redd both stand outside their tent in Echo Park Lake on Saturday, March 20, 2021, in Los Angeles, CA.(Francine Orr / Los Angeles Times via Getty Images)

Others argued that displacing the homeless at the encampment would endanger vulnerable people during the coronavirus pandemic. “We need services and housing, not secrecy and displacement,” Echo Park Neighborhood Council member Sachin Medhekar told the Los Angeles Times.

Homeless service providers have been at the park over the past few days and shelter was being offered through state-run initiatives, reports said. Tony Arranga, the communications director for city Councilmember Mitch O’Farrell said more than 100 homeless people living at the encampment were placed “into safe housing and shelter,” according to KABC-TV.

On Tuesday, the Los Angeles Homeless Services Authority shuttled several buses full of people who accepted an offer to stay at a downtown hotel. However, buses stopped coming later in the day, and dozens remained at the encampment, some ready to stand their ground, the paper reported.

Arranga said the city was closing the park for an estimated $500,000 worth of repairs, according to the station. No closure date has been officially announced. Authorities have yet to deny or confirm rumors that police were set to arrive later this week to either cite or expel those who remained, according to the paper.