A LAVISH wedding-style bash between two senior cops was probed by police — amid claims the groom was still married.

Inspector Iain Milligan, 48, and Sergeant Kimberley Bradford, 38, were reported after sharing snaps of their humanist blessing on social media. 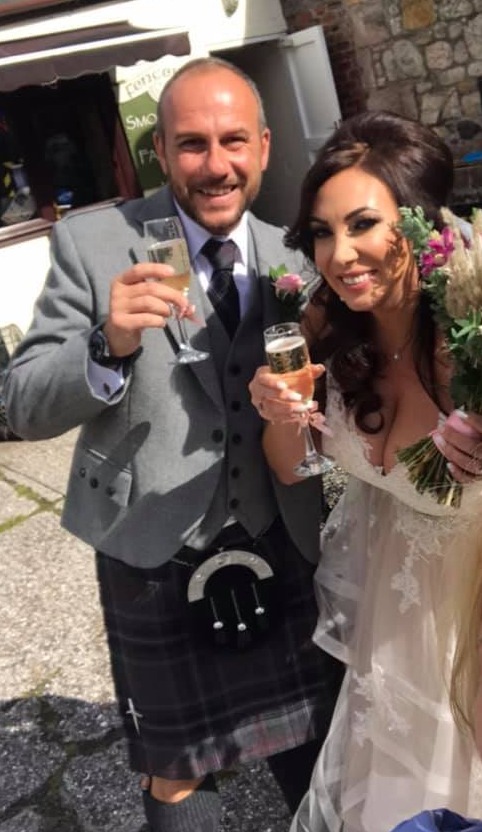 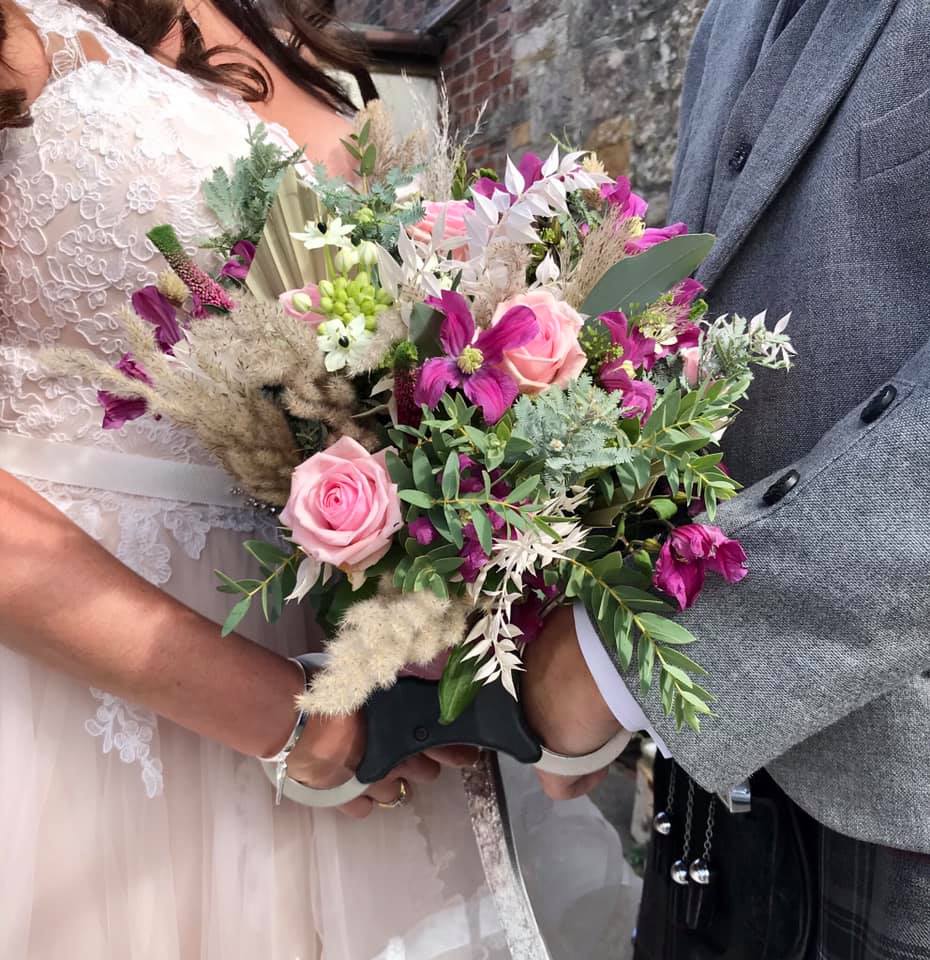 But the complaint was binned after it emerged he and Kimberley, who wore a traditional white gown, had not legally exchanged vows.

One source said of the couple’s posh ceremony in Fairlie, Ayrshire, Scotland: “It’s incredible to think they would go to these lengths and be so public when the groom is still married to another cop.

“Iain and Avril’s divorce proceedings are still ongoing so the ceremony raised a few eyebrows and somebody reported it to cops.

“All the posts on social media describe it as a wedding and anyone would think it was an official marriage, which would obviously be against the law.

“They have even been called Mr and Mrs Milligan. 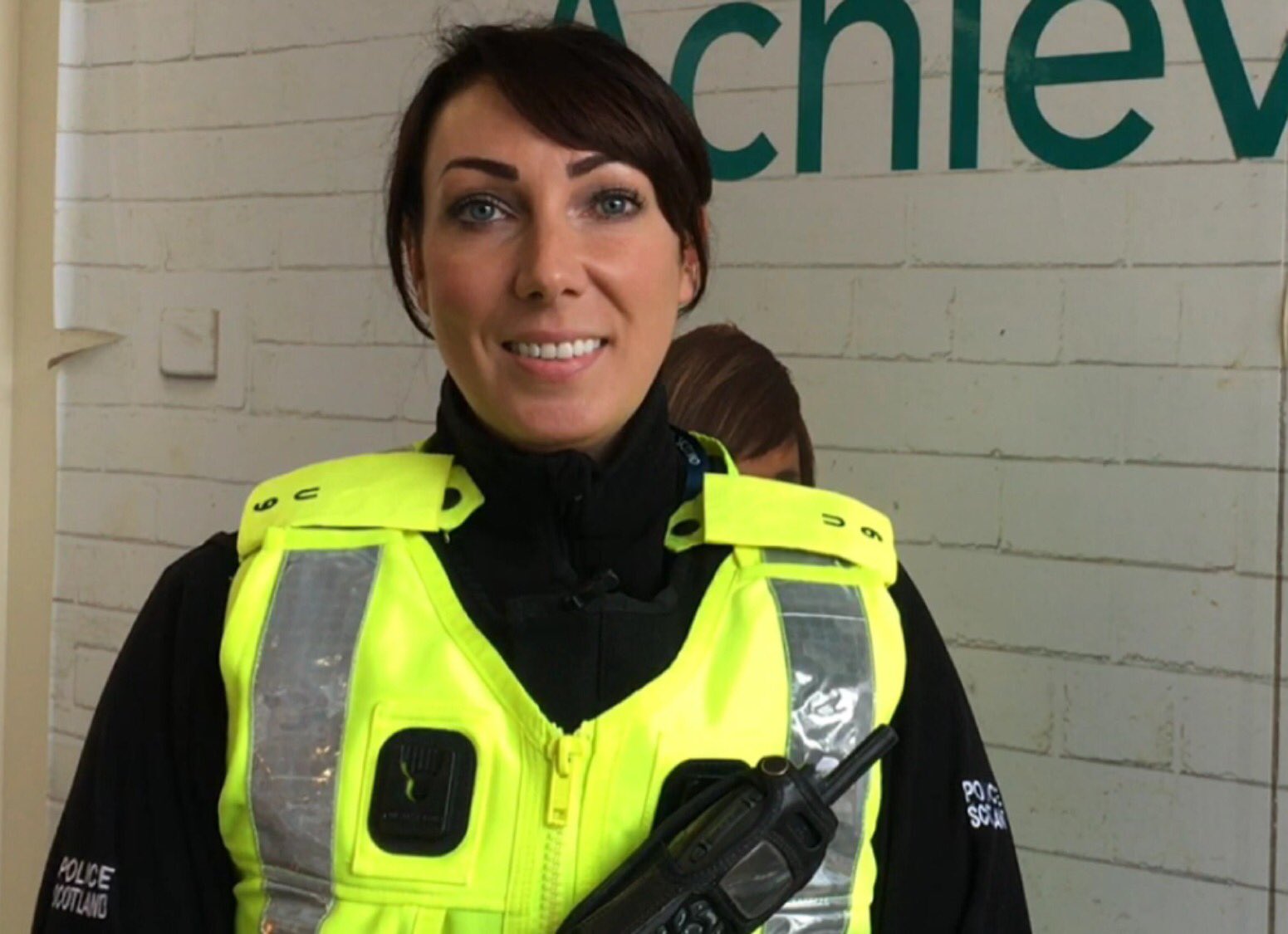 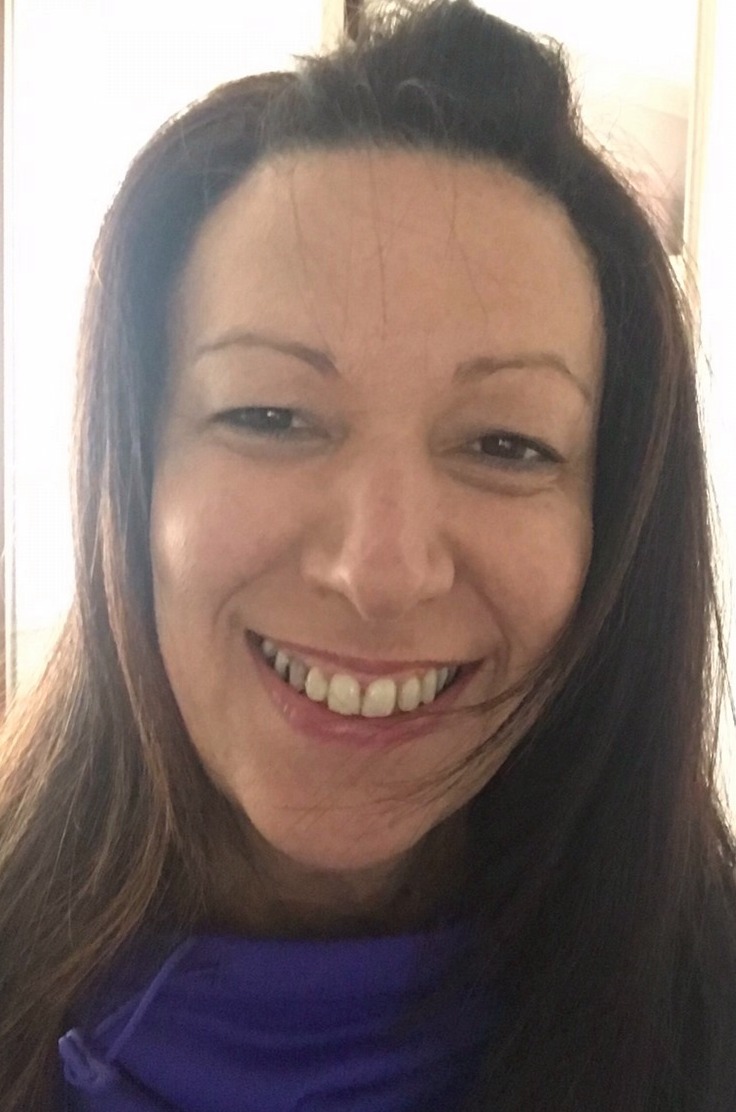 “But it turns out the whole thing was for show and the ceremony was actually a blessing and not an official marriage.”

In one quirky photo from their big day at the Fencebay & Fins seafood restaurant,  Kimberley and Iain  are seen handcuffed together.

Other pictures show dozens of guests celebrating and the couple alongside the humanist celebrant who performed their blessing.

Venue bosses later congratulated them on social media, saying: “We took enormous pleasure in having Kimberley and Iain Milligan here for their wedding. We wish you a long and happy life together.”

Official records show Kimberley — who is based at Saltcoats police station — married fellow cop John Bradford  in Ayr in 2004.

But Iain’s 2007 marriage to Avril, who works out of Kilmarnock station, is not legally finished.

There is no official marriage rec­ord for Kimberley and Iain, who have set up home in Kilmarnock.

Police said of the pair’s August 29 bash: “Inquiries were made and no criminality was est­ablished.”