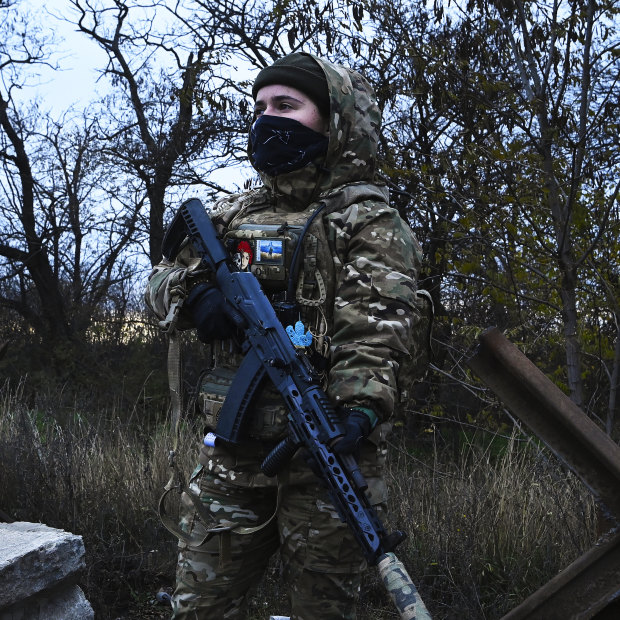 Kateryna 27 years old, is a drone operator in the Ukrainian armed forces.Credit:Kate Geraghty

Druzhkivka: This time last year, 27-year-old Kateryna was growing bored of her job in the police force. So in December, the pint-sized Ukrainian decided to sign up to the army.

“I needed some action – like battlefield and shooting,” she says in a cafe in eastern Ukraine, about 15km from the front line of Russia’s war. 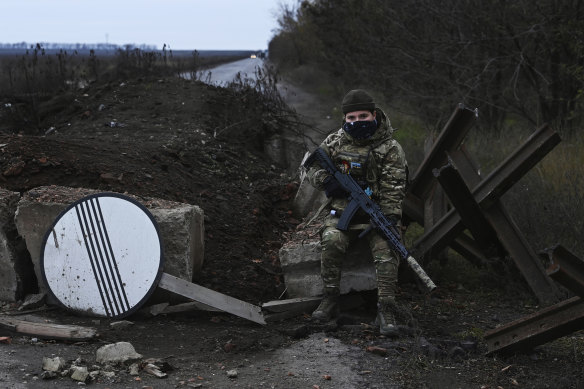 Kateryna, 27, is a drone operator in the Ukrainian armed forces. Credit:Kate Geraghty

But then Russian President Vladimir Putin decided to invade her country on February 24, and things became serious.

After a brief stint in the signals section of the army, a commander gave her a small drone and said: “Learn this”.

Every day she had to go to shooting practice, but during the breaks she learnt how to operate the drone helped by another soldier who had experience flying them in battle.

Then one day in June, she was in a lesson when suddenly she was called to a real combat mission – to help fly a drone over a Russian position.

Now, it’s her daily job to fly reconnaissance drones over the enemy’s tanks, artillery and infantry to pinpoint their location in the eastern Donbas region. With this information, her comrades try to take them out. 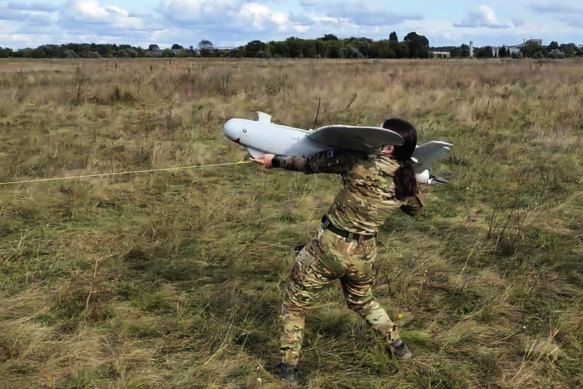 Kateryna flies reconnaissance drones over the enemy’s tanks, artillery and infantry to spot where they are located.

It is also her job to fly drones back over Russian positions after mortars are fired to check that they have been hit.

Her brigade is positioned on the front line in the Donetsk region, which has experienced some of the fiercest fighting in Ukraine over recent weeks.

Kateryna, who withdrew her surname and goes by the codename “Runa”, says being the only woman in her unit of drone operators doesn’t present any issues other than showering, and the men insisting that they carry her bag.

“It is difficult in a sense that boys may not go to shower for weeks, but I try to keep myself a bit cleaner, so this is an issue,” she says.

“Otherwise, there are no issues about that. All the boys are trying to help.

“Even today, they tried to carry my backpack for me. But I told them not to worry about this as this was my backpack and it was me who had put all that stuff in it, so I had to carry it… So, they always say: ‘Why are you so difficult?’”

Despite her dangerous job, she says her mother and father support what she is doing.

Kateryna says she “sort of has a boyfriend” who is also a soldier, but she’s keeping him at a distance because of the war. “I do not want us to get used to each other.” 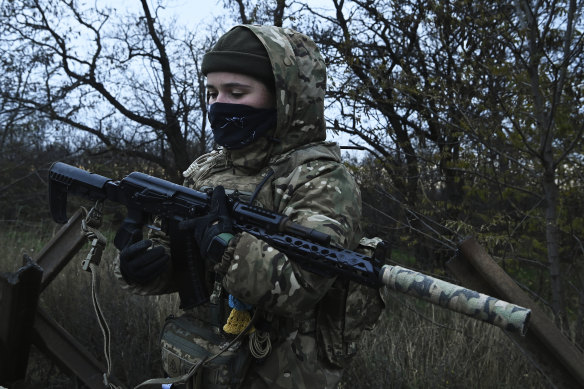 Despite her dangerous job, she says her mother and father support what she is doing.Credit:Kate Geraghty

The risks are too great, not the least because maintaining communication sometimes means standing in the open for a signal.

“I was in a situation where the enemy had located us and started shelling us, so we had to hide in a ditch,” she says.

“We had to stick a remote control out of the trench to operate our drone. They started shelling us and we did not have any comms there at all.

“So, we had to run out into the middle of the road and stand there with our hand upright to get an intermittent connection with a radio, because the enemy blocked us with their electronic warfare.”

Kateryna says Russian soldiers sometimes hack into Ukrainian drones and send them crashing to the ground, although this has never happened while she has been the main operator.

She currently operates a Wing drone, but says it’s her dream to eventually fly a PD-2 unmanned aerial vehicle which is designed for air reconnaissance and for combat use as a bomb carrier.

On the battlefield in Ukraine, drones are making war more brutal for both sides.

“I think drones are a very important part of the army because they are the eyes,” she says.

“And no mortar can operate without the eyes efficiently […] until a drone checks whether there is anyone there or not.”

In this part of the country, civilians aren’t just dealing with the nine-month invasion by Russia. They have been enduring an eight-year war between Ukraine and the Moscow-backed separatists of the two self-declared republics of Donetsk and Luhansk.

“What strikes me about the local people is that they have no fear at all,” Kateryna says. “They have been living here since the start of the war and they have no fear. During shelling, they just continue with their business, unlike us who take cover or at least bend down. They keep riding their bicycles to whatever their destination is.” 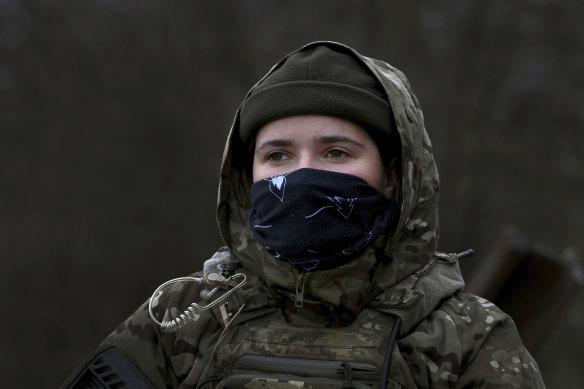 “I think drones are a very important part of the army, because they are the eyes,” Credit:Kate Geraghty

Asked why Ukraine hasn’t been able to make the massive advances in the Donbas that it has in the southern Kherson and north-eastern Kharkiv regions, Kateryna says Russia is desperate not to lose any of the territory it occupies here.

“They have set their goal to reach the official borders of Donbas region,” she says. “Therefore, regardless of any losses, they will continue their fighting and will try to hold what has been occupied.”

Asked what she will do when the war is over, she jokes that she may have to film the weddings of her colleagues with drones.

“But on a serious note, I had planned to be in the army before the war started, so I will continue my professional growth and develop my career in this field,” she says.

“Maybe I will become an officer or a commander of a drone platoon.”