A senior university lecturer has lost a discrimination claim after accusing a colleague of saying ‘that’s so gay’ in front of him.

Stephen Lannin alleged a fellow academic made the remark after seeing something on a computer screen.

When the graphic design lecturer challenged him about it, course leader Brent Meheux replied ‘oh I didn’t mean it like that’, an employment tribunal heard.

Mr Lannin also claimed an incident in which a student was called ‘ladyboy’ during a lecture was offensive.

And he complained about someone being described as ‘puffy’ for not drinking enough alcohol.

Mr Lannin made the discrimination claims after he was made redundant from his job of 17 years at Solent University in Southampton, Hampshire.

But his claims were dismissed, with the tribunal panel ruling Mr Meheux had not made the ‘that’s so gay’ remark. 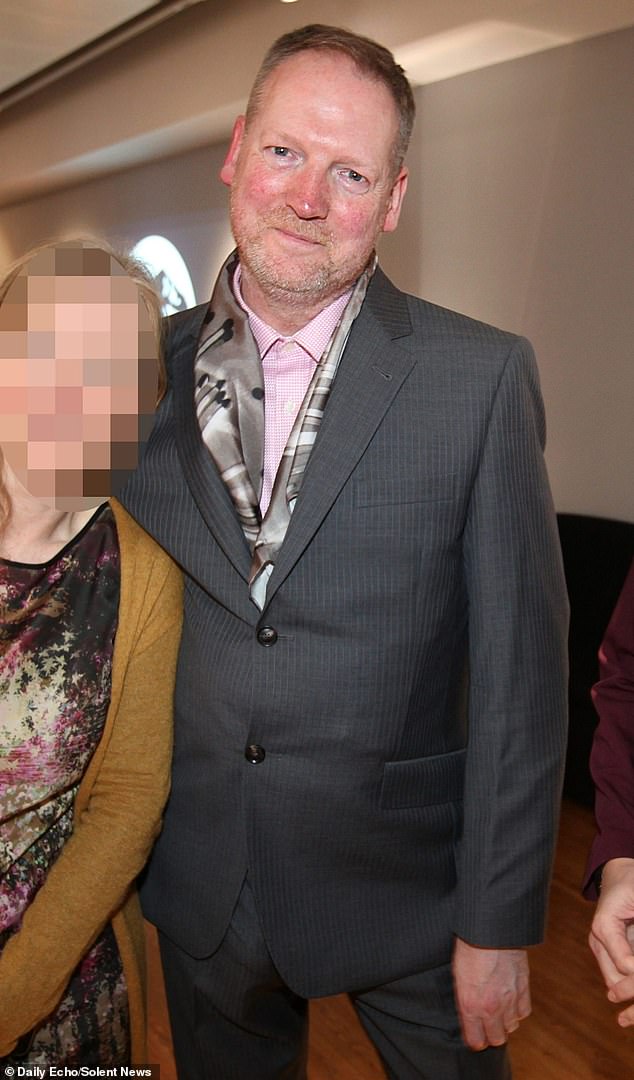 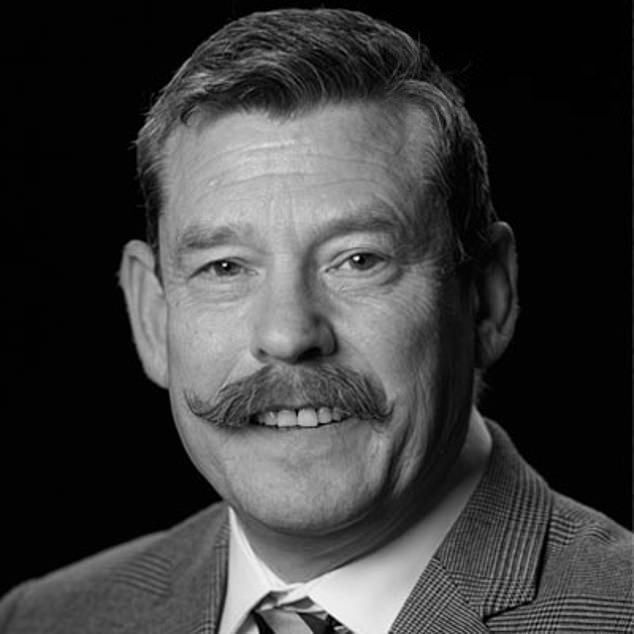 When the graphic design lecturer challenged him about it, course leader Brent Meheux (pictured) replied ‘oh I didn’t mean it like that’, an employment tribunal heard

The hearing in Bristol was told Mr Lannin was a senior lecturer in Graphic Design in the university’s School of Art, Design and Fashion from 2002.

In 2015 he complained to the faculty’s Dean Professor Peter Lloyd about an increase in ‘casual homophobic remarks’ in the office.

He claimed Mr Meheux was ‘anti-PC’, ‘hated PC culture’ and he heard him make the comment as well as say he ‘only liked certain types of gay’.

In an email Mr Lannin wrote of two incidents, without identifying the perpetrator.

‘The person concerned used the phrase ‘that’s so gay’ about something they’d seen on their computer,’ he wrote of the first.

‘I challenged this remark – the person concerned then stated ‘Oh I didn’t mean it like that’ – I replied that I hoped they never use the phrase around students.

Of the second, he said: ‘(a different person], in the context of a joke, used the word ‘Puffy’ to describe how a person [not a gay individual] may be perceived for not drinking enough alcohol. I regret not challenging this person on the remark.’

Professor Lloyd told him to speak to those making the comments directly – a response Mr Lannin criticised, the panel heard.

The tribunal was told during an inaugural lecture filmed and put on YouTube, Professor Lloyd invited four students on stage dressed as ladybirds and mushrooms.

The hearing was told the professor turned to a man dressed as a ladybird and said ‘that would make you a ladyboy, is that right?’ before saying ‘OK that doesn’t sound right, they are ladybirds’.

Mr Lannin told the panel he felt ‘disgusted that the Director of the School of Art, Design and fashion would make such an offensive, demeaning joke towards a student at a public gathering’. 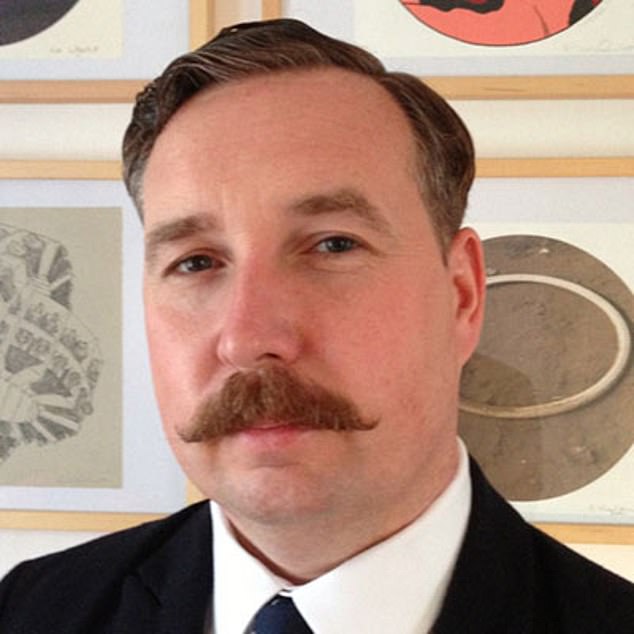 But the tribunal ruled Professor Lloyd ‘did not make that association’ but noted the fumble was ‘no doubt a source of embarrassment to him’.

In April 2019, Mr Lannin was told he was being made redundant due to ‘changing operational needs’. He appealed the decision, claiming his sexuality was ‘relevant’.

During the appeal meeting, Mr Lannin said he had suffered discriminatory treatment and bias as a young man and this had continued in his teaching career, including at Solent University, the panel heard.

The tribunal heard he also adopted a policy of ‘provocative questioning’ and asked the former Vice-Chancellor, Professor Graham Baldwin, about his sexuality.

The panel heard Mr Lannin asked ‘when did you come out to your parents as being heterosexual?’ and ‘as a teacher/lecturer, when did you have conversations with your students about your sexuality?’

Professor Lloyd refused to answer and there were ‘raised voices’, the tribunal was told. 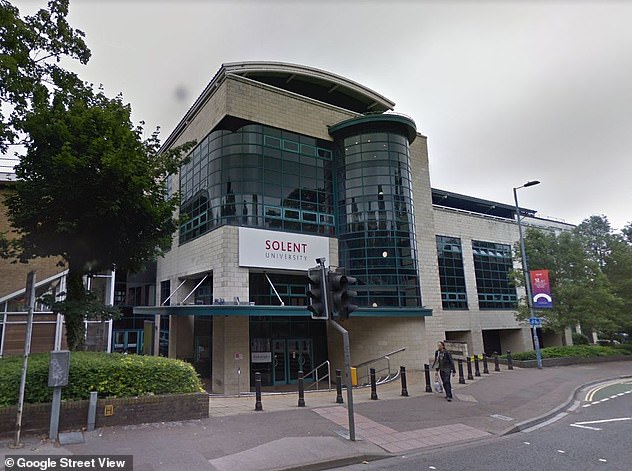 During the appeal meeting, Mr Lannin said he had suffered discriminatory treatment and bias as a young man and this had continued in his teaching career, including at Solent University (pictured), the panel heard

His appeal was ‘unanimously’ dismissed so he took claims for unfair dismissal, discrimination, harassment and victimisation to a tribunal.

But the panel – headed by employment judge Andrew Matthews – concluded Mr Meheux had not made the comments Mr Lannin claimed he had.

The tribunal also found his other claims had been brought too late but ruled that, in any case, they were without foundation.

‘Any such comment was not made by Mr Meheux,’ the panel’s judgement said.

In relation to Professor Lloyd’s ‘ladyboy’ joke, it said: ‘We do not find, however, that it had the purpose of violating Mr Lannin’s dignity or creating an intimidating, hostile, degrading, humiliating or offensive environment for Mr Lannin.

‘It was not addressed to anyone in particular. We also do not find that it had that effect. Mr Lannin took no action at the time.’

The panel also found his behaviour during the appeal meeting ‘provocatory’.

‘We have rejected Mr Lannin’s claim that his dismissal was discriminatory,’ it said. ‘The University has shown a permissible reason for the dismissal, being redundancy.’