The Back in Black belter, 75, says he and Jimmy – a housewives’ favourite as star of Spender – have been penning original compositions together.

Brian – who is a Geordie just like Jimmy – has admitted he does not think they will be released in their lifetimes.

But he added he thought an album of the tunes might be put out posthumously one day.

The star – who replaced Bon Scott in the band after his tragic 1980 death – made the remarks in an interview with music bible Rolling Stone.

He said: ‘I’ve been writing some songs with a guy called Jimmy Nail, who’s had a few big hits of his own. 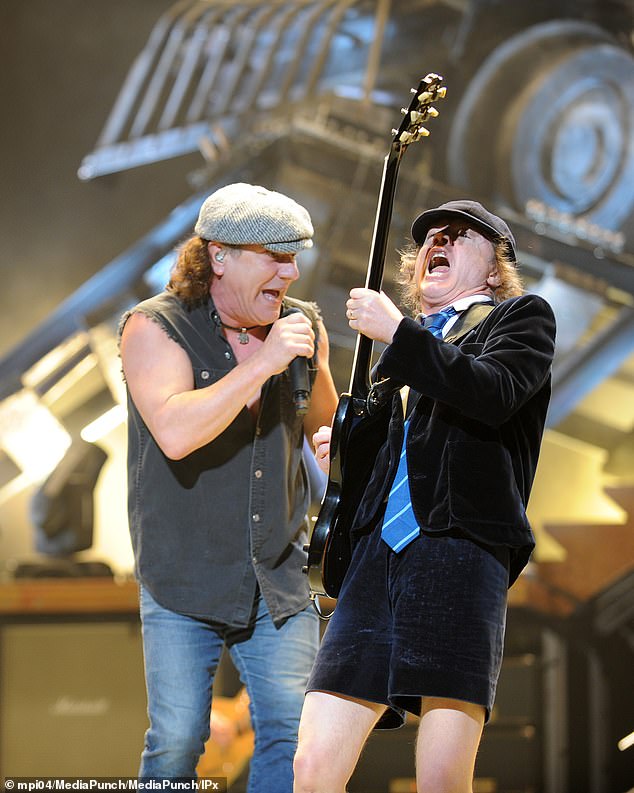 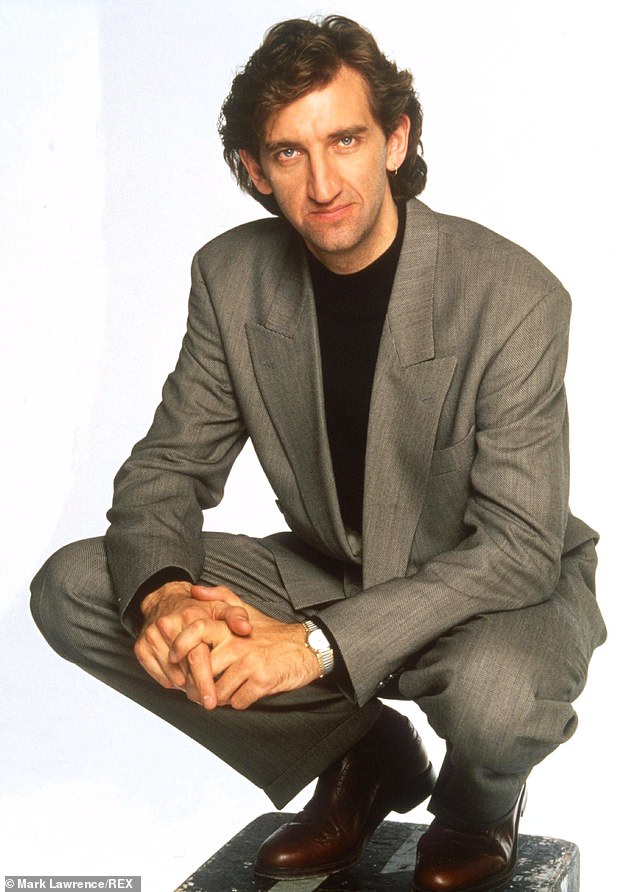 ‘And we don’t do anything with them. We just write these great songs, which, one day when we’re all dead, somebody will probably push out.

The singer is currently promoting an autobiography of his early years called The Lives of Brian.

While his link-up with Nail might at first glance seem an unusual pairing, it could be more fruitful than expected. 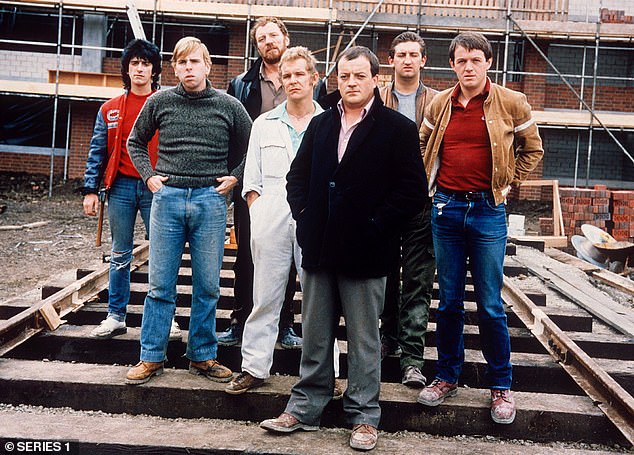 Jimmy Nail, second from right, was made a massive star on TV favourite Auf Weidersehen Pet 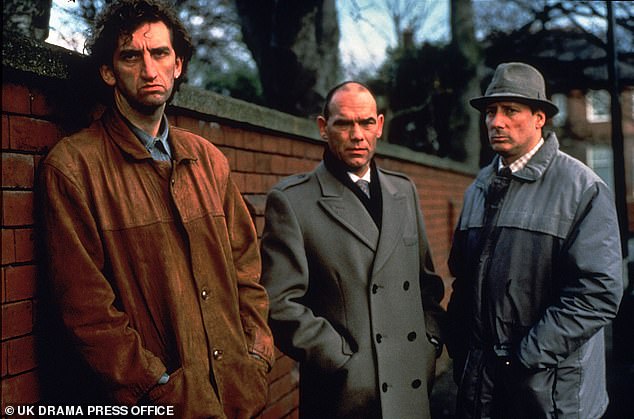 The 68-year-old was a massive hitmaker in the 90s on the back of his television fame.

He had pop hits with Ain’t No Doubt and of course Crocodile Shoes.

And with his show Spender he was apparently the highest paid television star at one point, making £1million in a year.

‘Music was always my first love, my real passion. I just needed to prove myself and acting parts were a step along the way to this.

‘It was a fluke I hit the jackpot as an actor.’

Brian’s new book tells how before he began tearing the roof off arenas he was fixing roofs.

In his new memoir, he recounts how he went from being a vinyl car roof fitter in the northeast of England to leading one of the most hailed bands in the world.

‘I don´t know what it is, I just never, ever sort of gave in,’ he said recently by phone from his home in Florida. ‘I was always willing to give something a shot when more pessimistic people wouldn´t have. I always thought the glass was half-full.’

‘The Lives of Brian Johnson,’ from Dey Street Books, goes chronologically through his ups and downs growing up near Newcastle, ending with him joining AC/DC and recording the band’s seminal ‘Back in Black’ album.

‘It wasn´t so much to validate my life,’ he said of the book. ‘It was to validate the lives of all the wonderful people that I met that helped shape my life – friends from school, friends at the factories, friends in the music.’