The Liberal Democrats are ‘looking at court action’ over Jo Swinson’s exclusion from a BBC pre-election debate between Boris Johnson and Jeremy Corbyn.

The broadcaster announced on Friday that it would host a head-to-head debate between the Prime Minister and Labour leader on December 6.

It comes after Ms Swinson said her party would launch legal action if ITV does not include her in its televised leaders’ debate set to be aired on November 19. 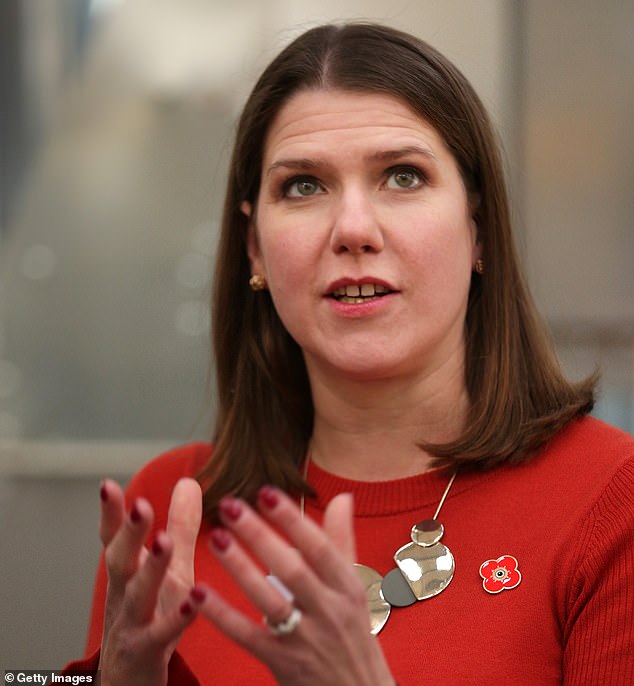 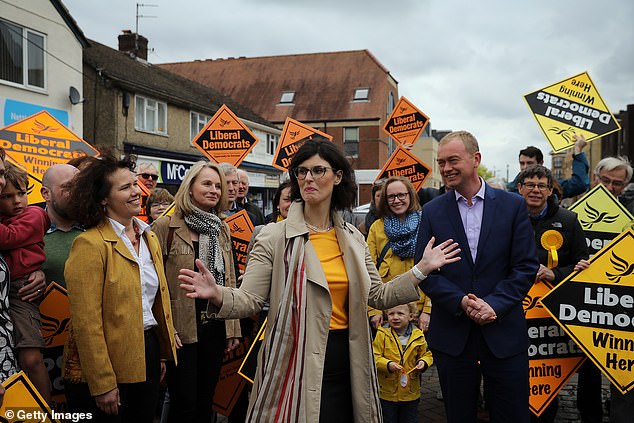 The Party’s education spokeswoman Layla Moran, pictured centre, said it was ‘critical’ there was a Remain voice included in the TV debates 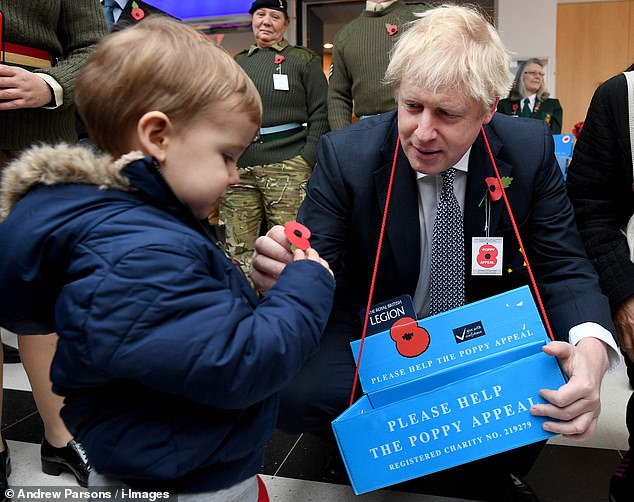 Boris Johnson, pictured today campaigning in his Uxbridge constituency, will face Jeremy Corbyn in head-to-head television debates on the BBC and ITV

Mr Johnson, who was campaigning in his Uxbridge constituency today wants only to face Mr Corbyn in the TV debates.

Layla Moran, the party’s education spokeswoman and Oxford West and Abingdon candidate, said it was ‘critical’ that the TV debates had a Remain voice.

‘We are the biggest, strongest Remain party fielding candidates in all parts of the UK and actually we are the only party that can challenge Labour and the Conservatives on this,’ she told Sky’s Sophy Ridge on Sunday.

‘We are in discussions with lawyers about what we are going to do with the ITV detabate and we are also looking at court action for the BBC one too.’

Ms Moran claimed it was ‘entirely possible’ that Ms Swinson could be prime minister.

‘I think in this election – and no-one is saying this isn’t a huge mountain to climb, no-one is pretending that it is not – but what we did see is that in the Europeans, different electoral system I get it, but we polled higher than the Conservatives and the Labour Party for the first time in 100 years.

‘There is something weird happening in British politics right now – it’s showing itself in the last few months – anything is possible. 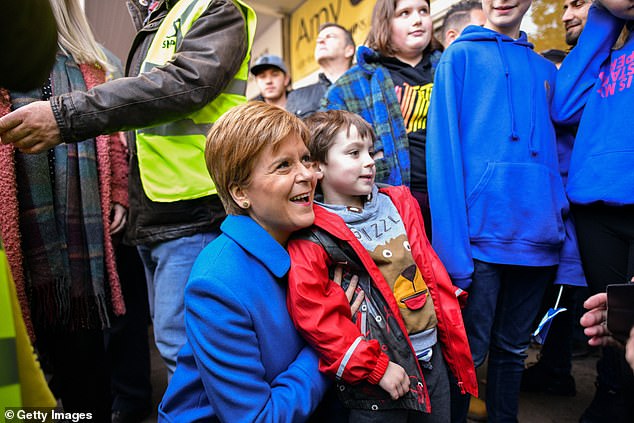 Nicola Sturgeon, SNP leader, pictured campaigning in East Dunbartonshire today, is also angry by her exclusion from the leadership debates

‘I’m not saying it’s not a stretched target, it is, but for once I actually genuinely think that it is possible.’

A spokeswoman for the BBC said: ‘Our aim is to cover political parties fairly and proportionately during the election campaign.

‘The BBC’s plans are for a head-to-head debate between Boris Johnson and Jeremy Corbyn, a four-way Question Time additionally involving Nicola Sturgeon and Jo Swinson, a seven-handed debate where wider views are also heard – and a similar multi-party debate aimed specifically at younger audiences – plus separate debates in Scotland, Wales and Northern Ireland.

‘We believe this is fair and proportionate.’