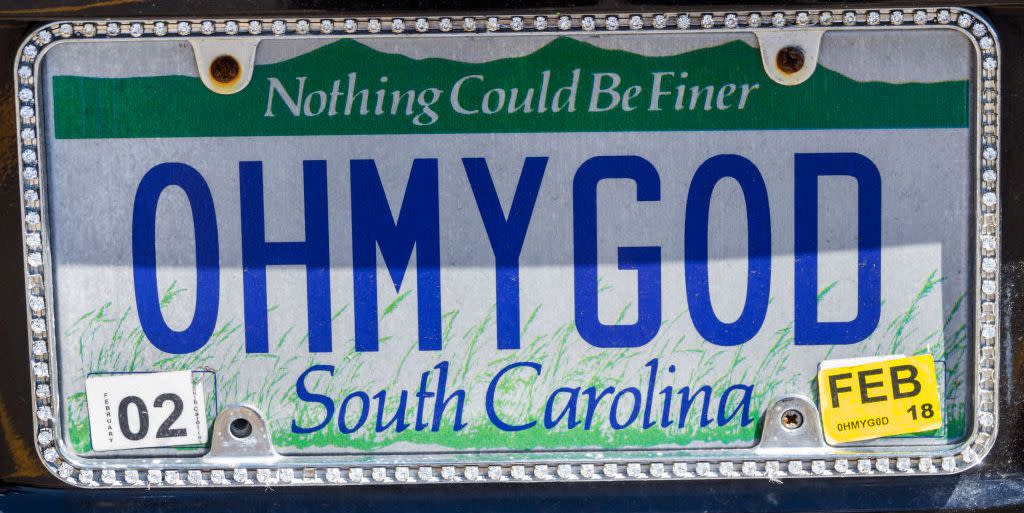 There are limits, people. More than 750 car owners in Ohio submitted personalized license plates that the authorities at the state Bureau of Motor Vehicles denied. Hundreds more were attempted in Oregon. Down in Texas, over 5000 people tried last year to slip a few naughty words past the poor people at the DMV.

The rules about what phrases or letter combinations are allowed or not allowed vary from state to state, but KHOU in Texas explains that the general rule is not to permit anything that could be considered indecent, vulgar or derogatory. Texas also states that plates referring to "race, ethnicity, gender, or sexual orientation are also not allowed, whether they are derogatory or not."

Speaking of which, the Cincinnati City Beat notes that one of the most commonly denied phrases in Ohio was people putting "AF" at the end of their plates, as in LATE AF, SALTY AF, and FINE AF. One Oregonian attempted MILFAF.

Some of the rejected plates were a little too obvious—DOOKIE and POO BUTT, for example —but others must have given the submissions people at state DMVs a bit of a challenge to understand what the intended message was. Only the terminally online among us would understand why LIGMA is a problem, but the Oregon DOT caught it and labeled it "alarming, threatening, offending, or misleading." We won't reprint some of the racist labels, but you can believe they were attempted.

Drug references were routinely caught, with BLAZIT, EM0420, and PHATT1 all making the lists. Turns out, using an "o" instead of a zero isn't the foolproof plan that the person who submitted WEED42O thought it was. Oregon also said no to R0LC0L as a configuration that refers to illegal acts.

There were a few rejected plates that would have made us smile in an unoffended way had they made their way to a driveway near you. GRLBOSS, for example, and EWWW G4S or L8YBUG, but the general attitude seems to be better safe than sorry. We'll check back in a year from now to see what people tried to tell the world through government-issued metal plates in 2023.