THIS is the moment a zoo worker screams in pain as a lion clamps its jaws down on his hand.

The guide at Park Hann zoo in Dakar, Senegal – named in by media as Abdoulaye Wade -foolishly stuck his arm through the beast's cage in an attempt to pet it after allegedly antagonizing the creature. 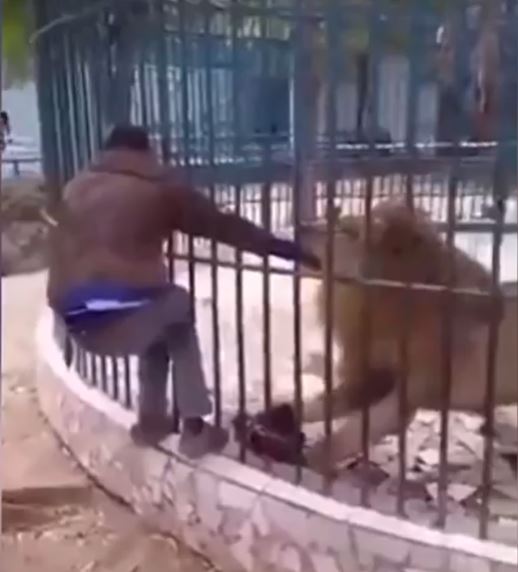 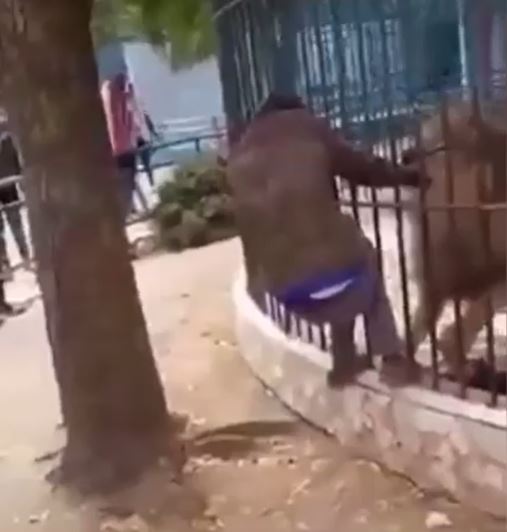 Local media reports Mr Wade was playing with the lion in an attempt to impress tourists visiting the zoo.

Horrific footage shows the huge lion chomping down on the man's outstretched arm as he flails helplessly, his body pressed right up against the cage's bars.

He desperately attempts to bash the lion over the head as onlookers yell and throw stones.

The beast's head twists violently as he clamps his jaws around the terrified worker's arm and it elongates unnaturally as it's almost ripped from its socket, the sickening scenes show.

The lion eventually relents after an almighty thump from the worker who can be heard bizarrely laughing – presumably in shock – as he woozily stumbles away from the cage towards the safety barrier, arm dripping with blood.

Footage from before the attack appears to show him antagonizing the lion, swiping his fingers through the bars as the giant cat leaps up to swat at them.

Footage of the aftermath – reportedly filmed back in February – shows bloodied rocks around the enclosure, and appears to show the irresponsible worker getting a telling-off.

Comments beneath a Youtube video of the inicdent, shared by Buzz Senegal, are less than sympathetic.

One user wrote: "You don't play with a sleeping lion".

Another added: "Thank you lion," while one cheeky user wrote: "He wanted a show… he got it".

The incident has chilling echoes of viral lockdown sensation Tiger King, which aired footage of one employee, Saff, getting his arm bitten OFF by a lion.

The employee poked his arm through the cageone feeding time, and the big cat immediately latched on.

As Saff yanked his arm back through the bars, the skin caught on the bars resulting in a horrific accident.

The ex-armed forces member was offered the choice between a full amputation or years of grueling reconstructive surgery, and opted for the chop. 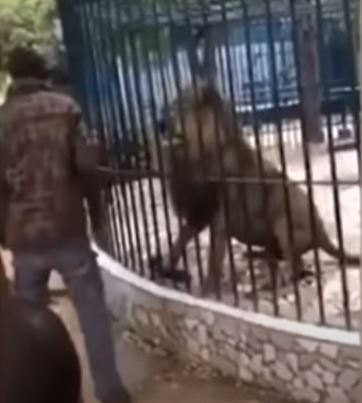 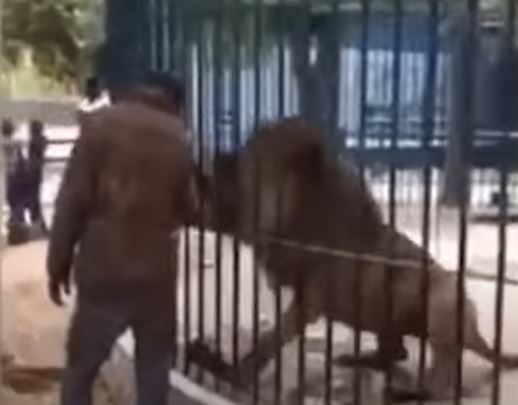 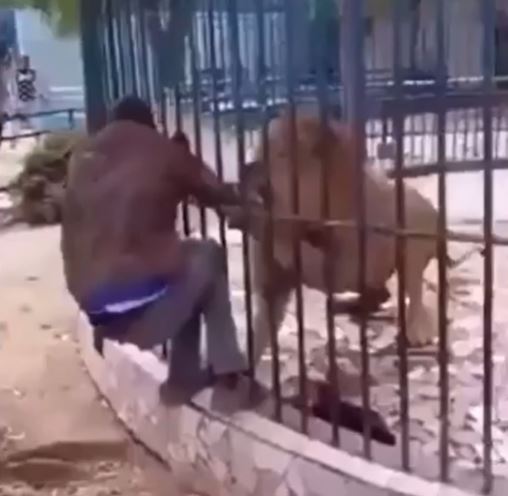 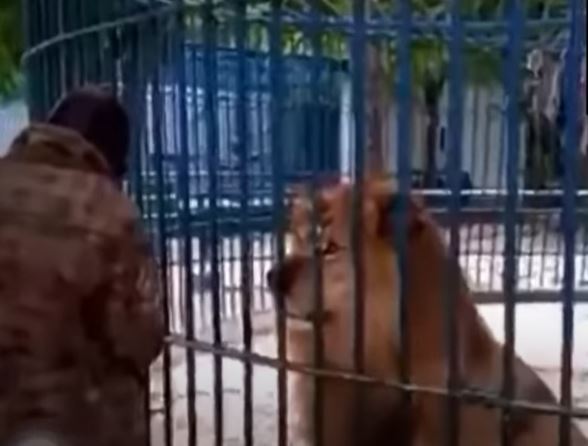 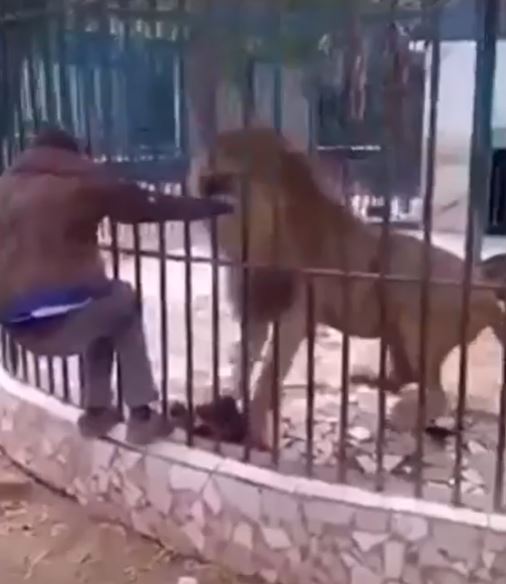 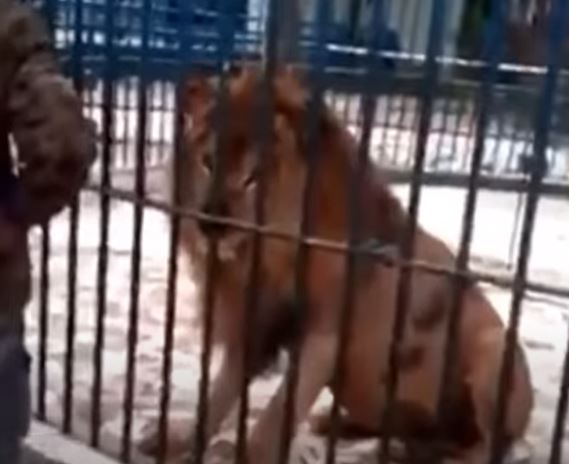 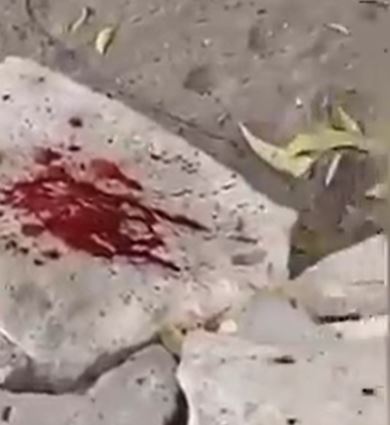