CARNAGE has erupted in London overnight with at least five people being shot – one reportedly with a sub-machine gun – within just hours.

Six people were reportedly shot as horrific violence broke out across the city on a blood-soaked Friday night. 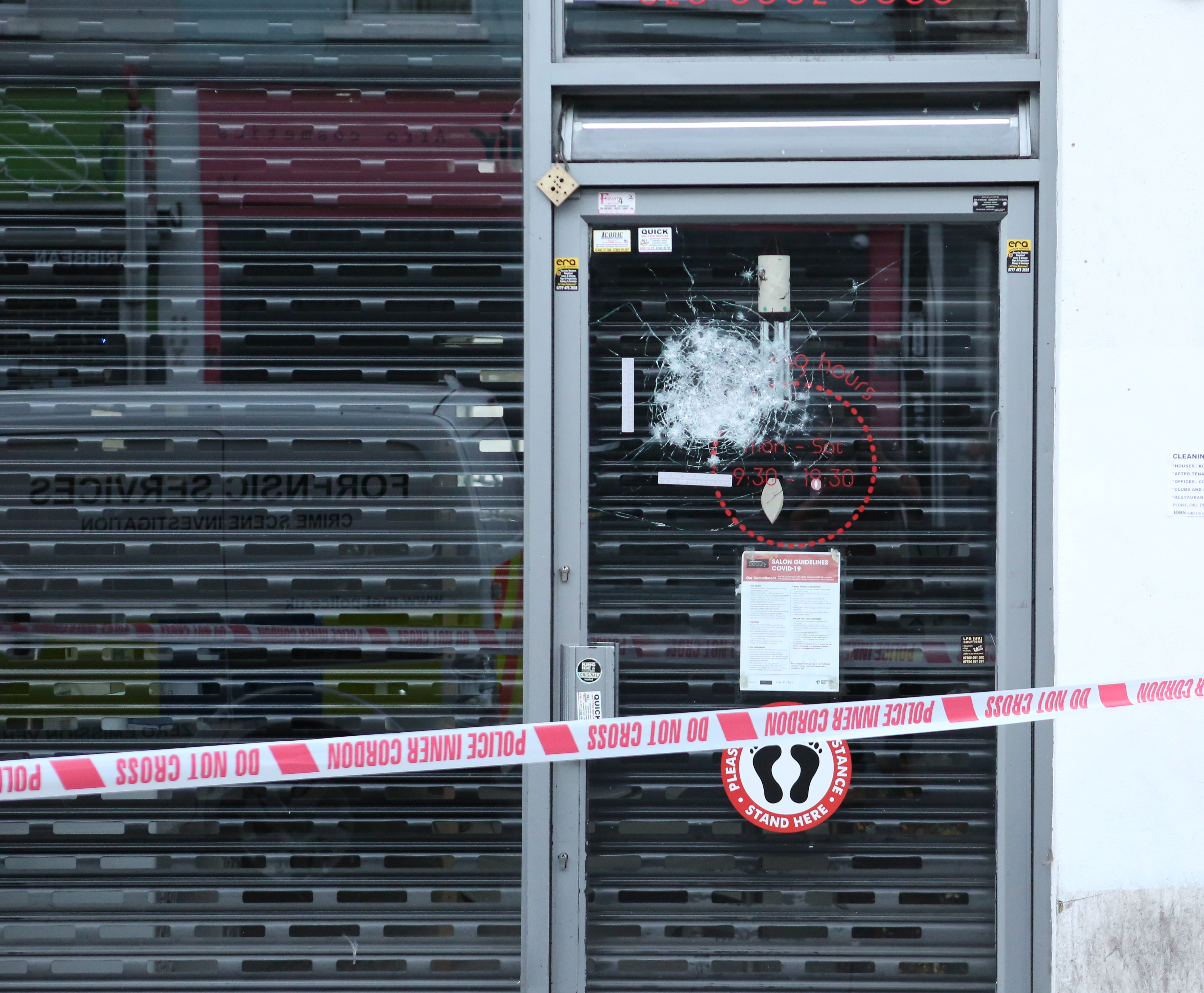 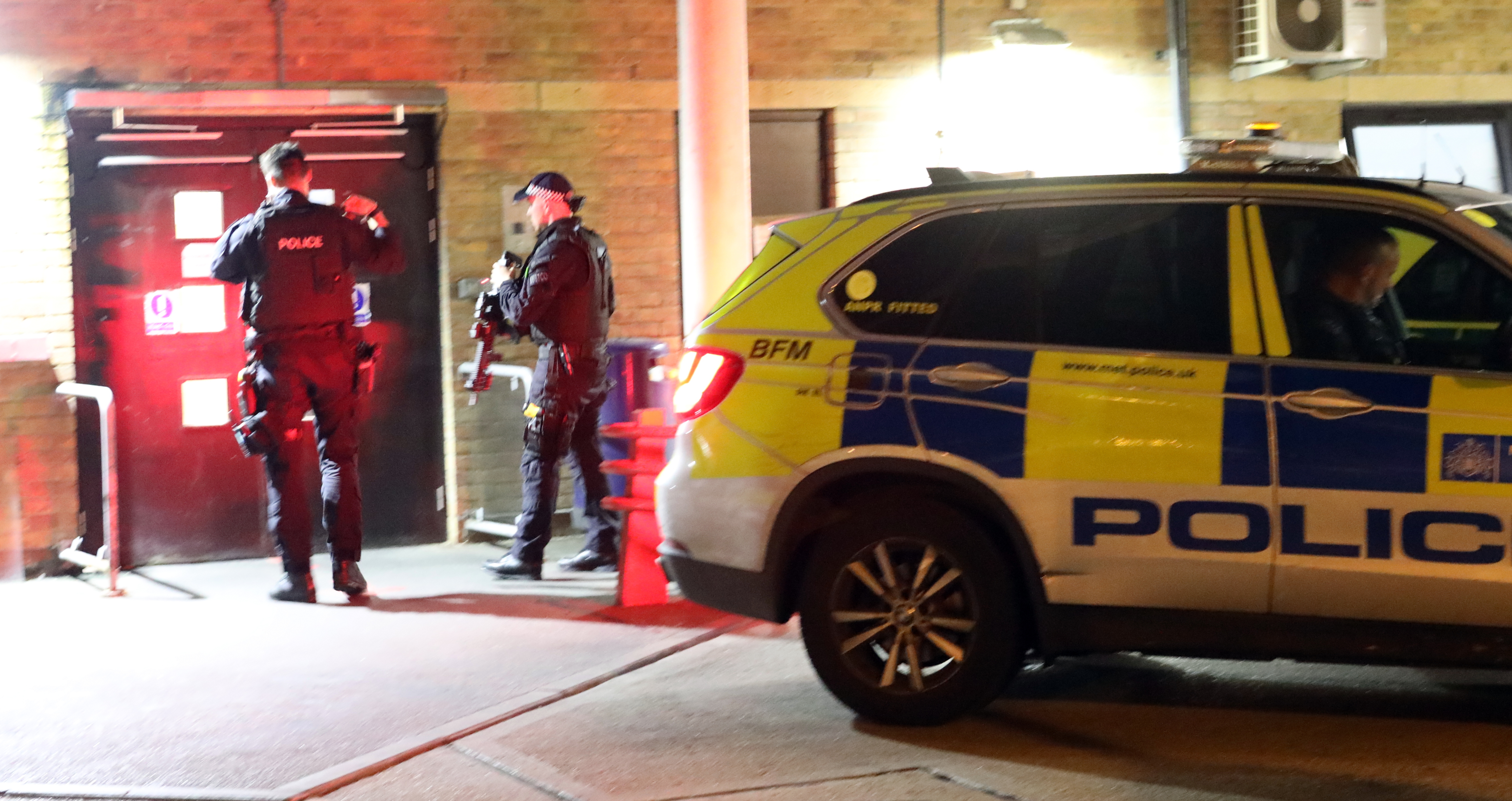 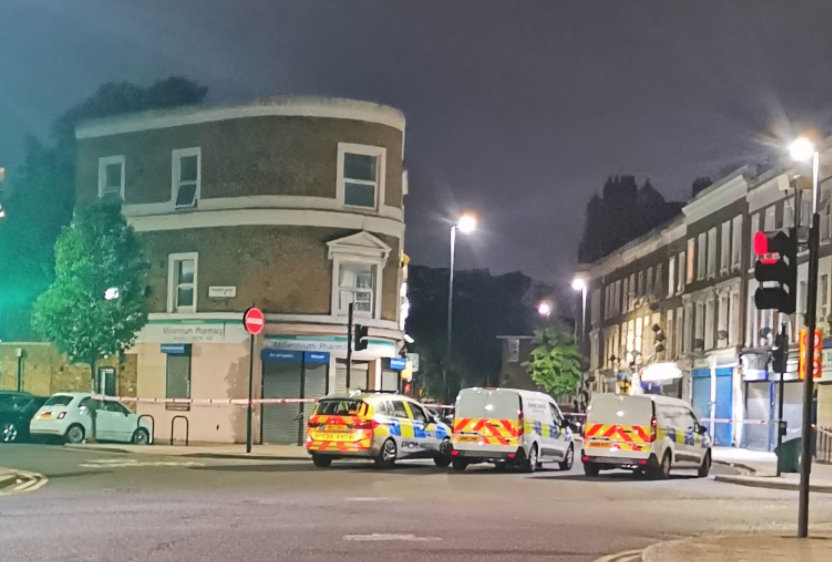 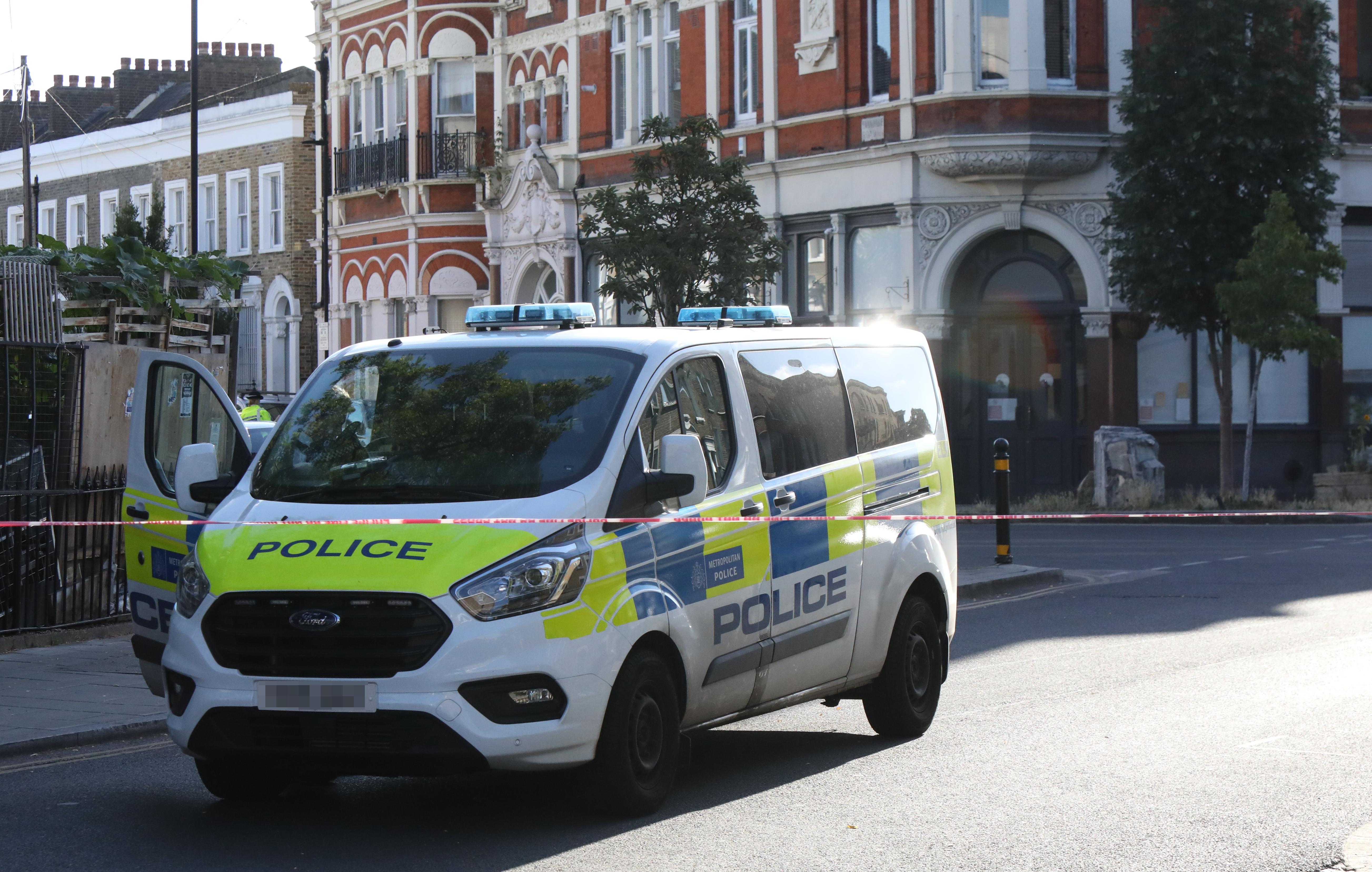 Two were shot in Brixton just before 7pm, another two people were shot in Hackney between 1am and 2am on Saturday, a fifth person was injured in Croydon at 1.40am, and another was hurt in Lambeth.

Another was also reportedly shot at Lambeth on Friday night.

Two men were rushed to hospital in Brixton, South London after reportedly being attacked by a man armed with a sub-machine gun.

Cops, paramedics and other first responders were called to Angell Town estate just before 7pm on Friday.

Seventeen shots were reportedly fired at the two men, who turned up to hospital with gun shot wounds.

The surrounding area was locked down by cops as they searched for the shooter. No arrests have been made.

Two other men, aged 30 and 31, were shot and stabbed during a fight at an illegal rave in Hackney, East London in the early hours of this morning.

The injured men were reportedly driven to Homerton hospital in a blue BMW for treatment. 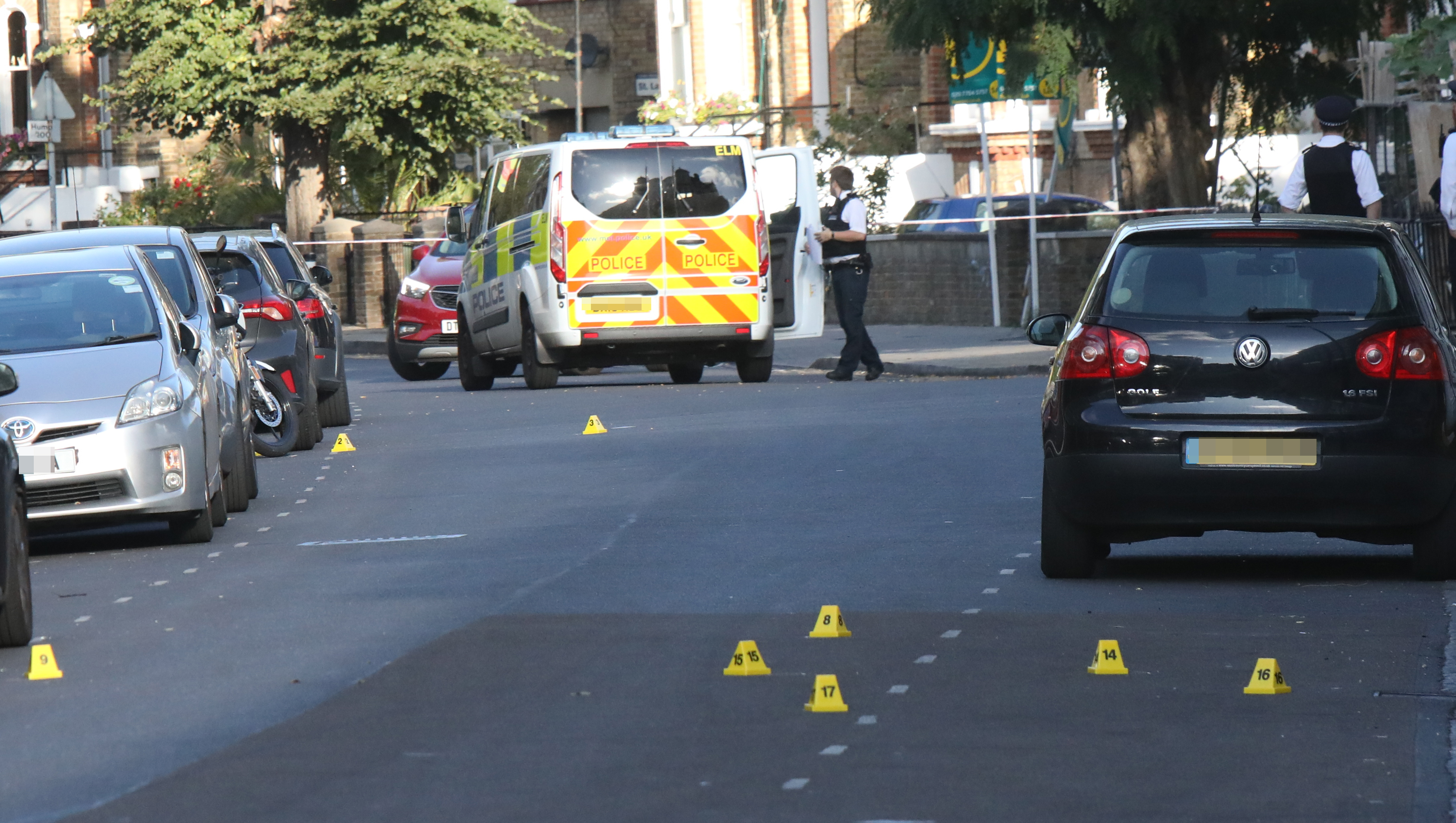 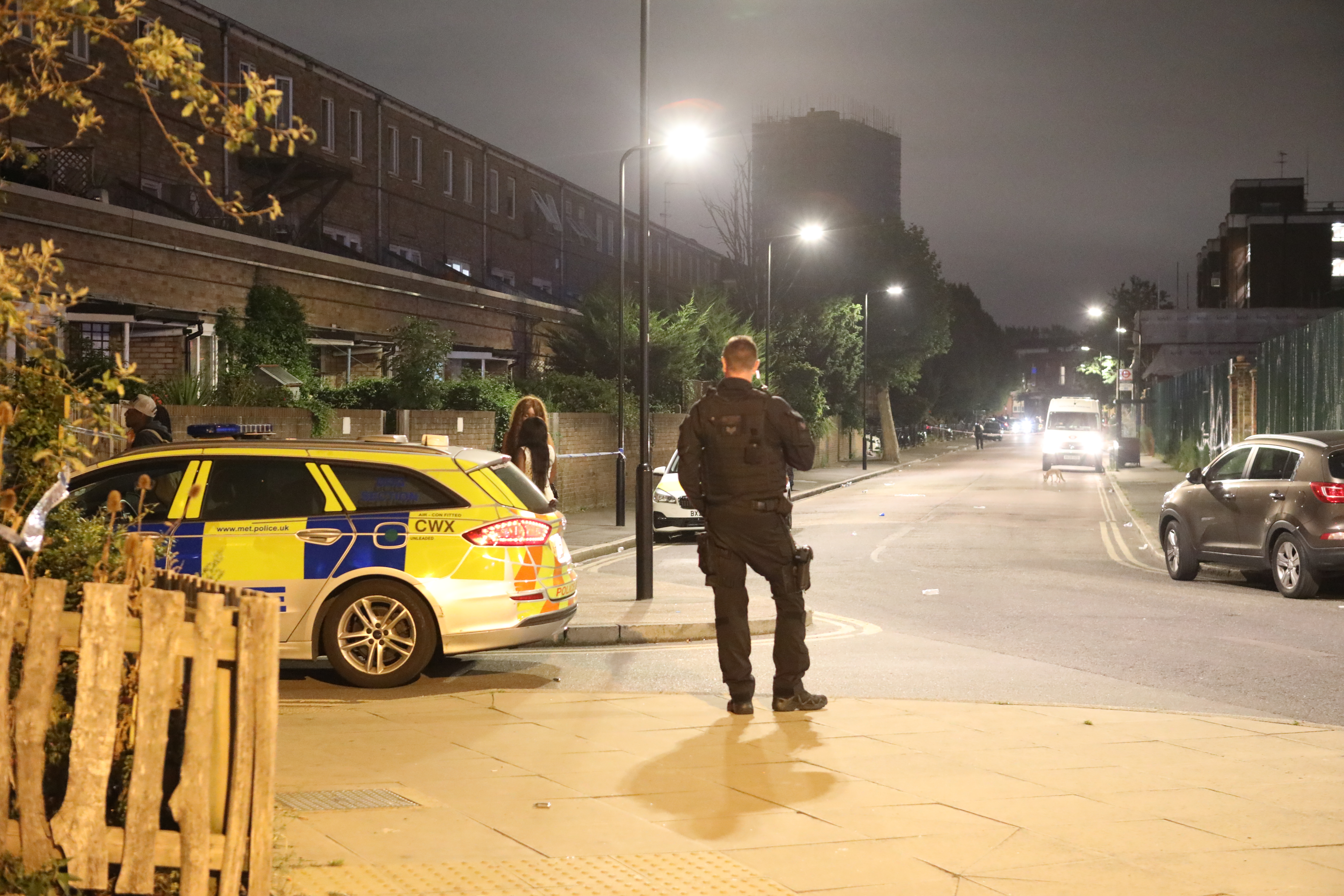 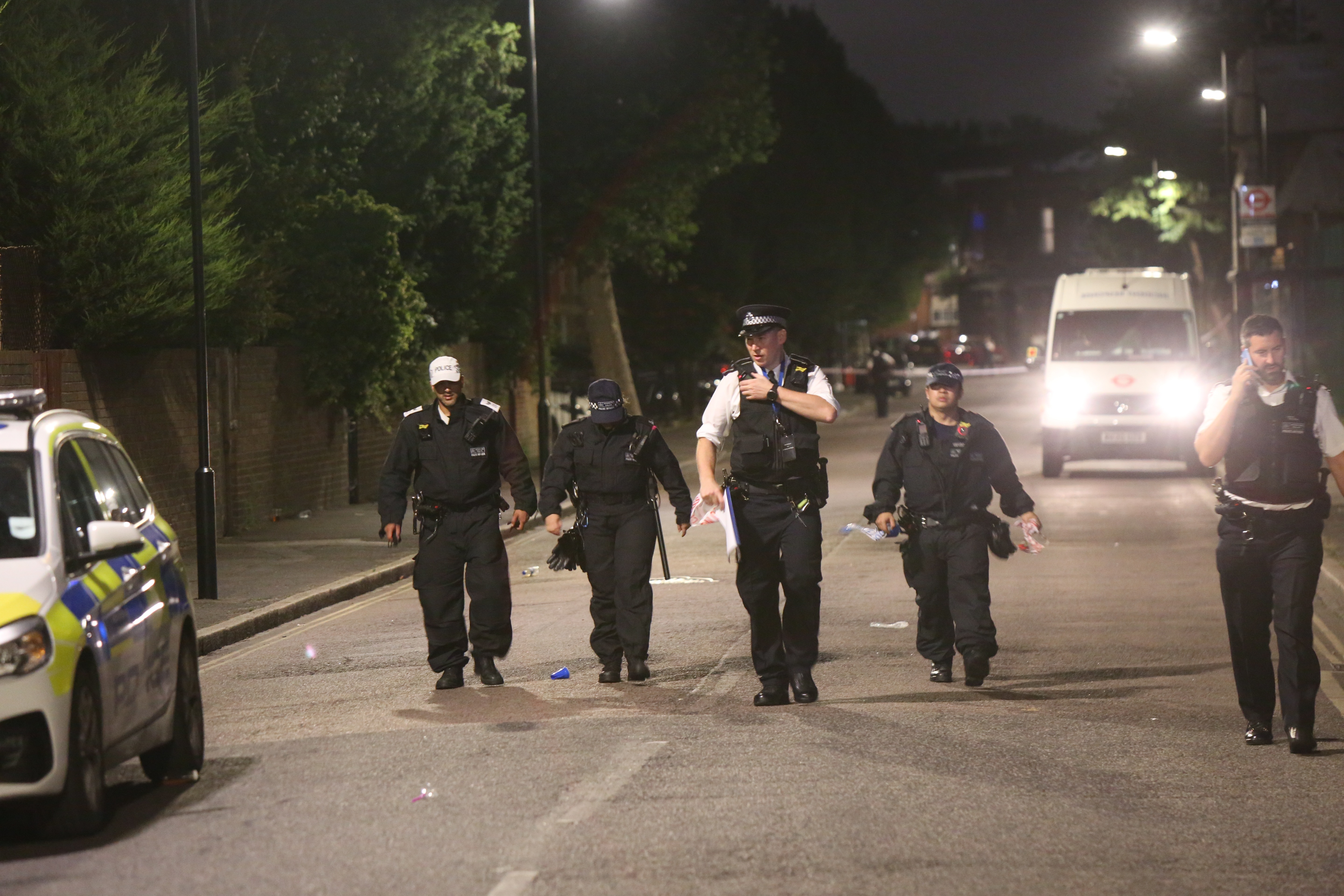 Armed cops rushed to both the scene of the shooting and the hospital after they received reports of the attack.

Specialist blood and explosives detection dogs were used to search the area.

A bullet casing and a machete were reportedly found on a bridge near the scene of the shootings.

The mother of one of the victims said her son's name was Kyle as she went to the hospital to see him.

"All I know is my boy has been shot, I got a phone call. I know nothing more," she said.

Both victims have been taken to the Royal London Hospital for further treatment.

Meanwhile in Croydon, South London, a man believed to be in his 20s was shot at close range early this morning near West Croydon station.

The road was cordoned off after reports of the shooting, and a forensic examination has taken place.

Cops said no arrests have been made but enquiries into the shooting continue.

The summer shooting spree comes after knife crime on the streets of Britain was at its bloodiest ever last year.

Cops recorded 45,627 knife offences in 2019 – a jump of seven per cent compared to the previous year. 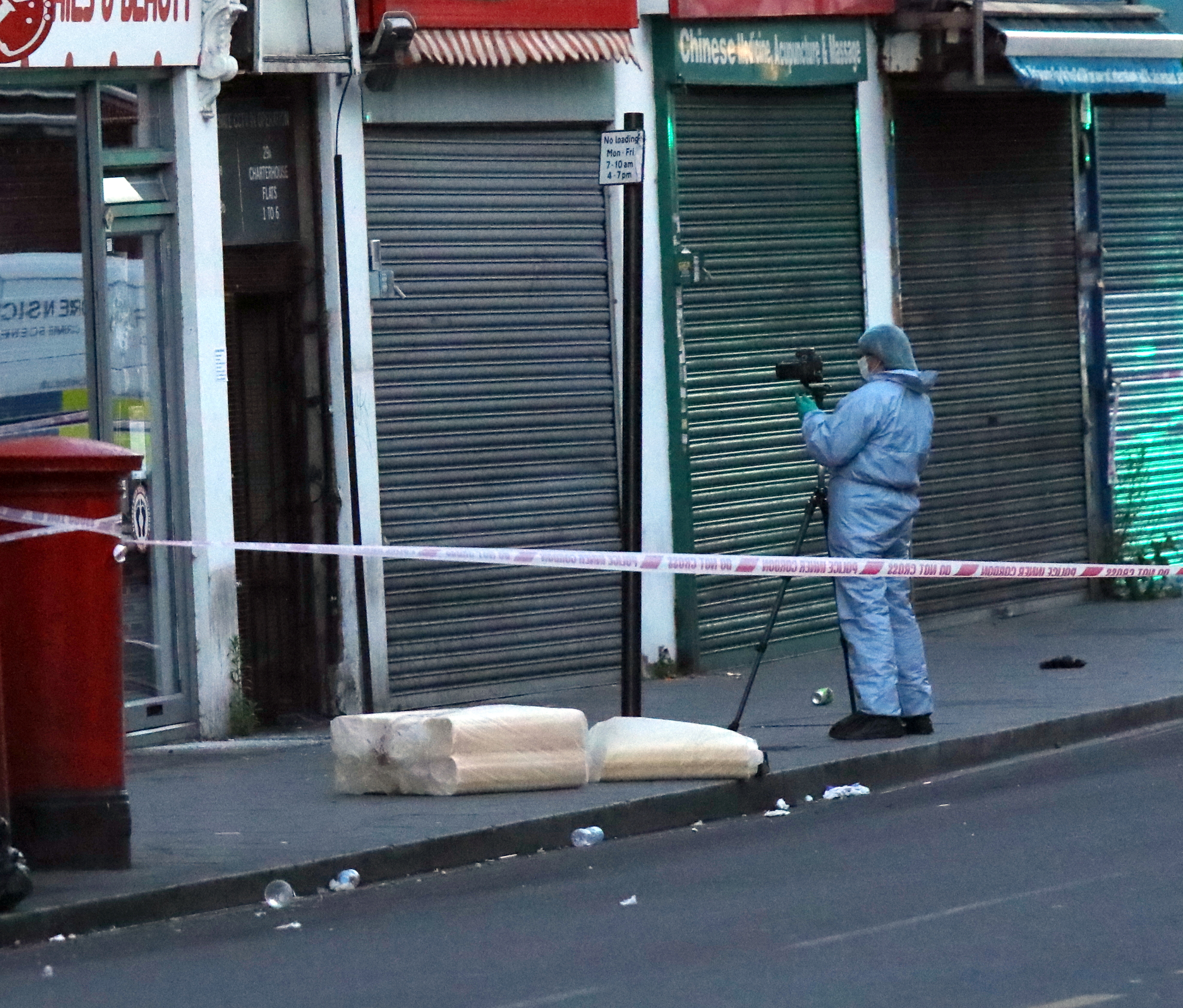