Louisiana governor says Ida too severe for search and rescue

As Hurricane Ida tears through Louisiana, Gov. John Bel Edwards said first responders might be unable to get answer calls from stranded residents until  sunrise on Monday.

Edwards told reporters he was aware of calls, particularly in the Jefferson Parish area in the southeast portion of the state hard hit by the storm, but they would likely have to wait until morning for search and rescue crews

With sustained winds of more than 150mph at the storm’s peak, Edwards said the conditions were too treacherous.

‘At the height of a hurricane you can’t get first responders out because it’s just simply too dangerous. The wind speeds don’t allow for that,’ Edwards told CNN.

‘Just as soon as we can, we will be engaged in very robust search and rescue operations.’ 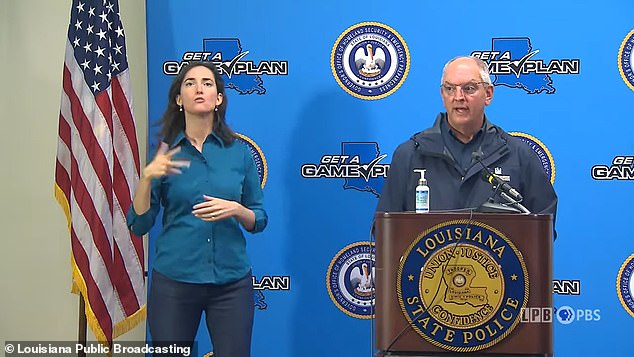 Louisiana Gov. John Bel Edwards said Sunday that stranded residents due to Ida would have to wait until Monday morning for rescue, as conditions were too dangerous for search-and-rescue crews 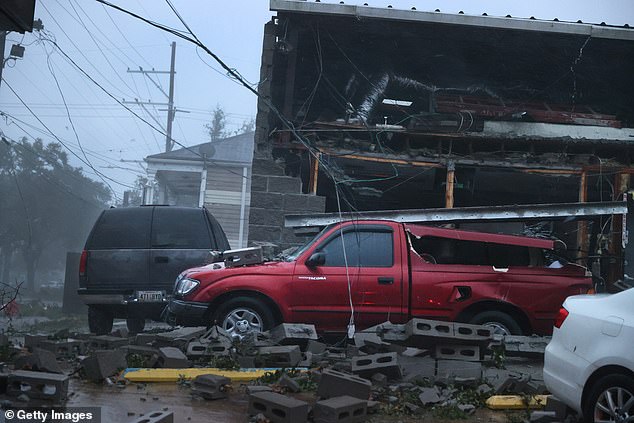 Vehicles damaged in New Orleans after Ida, now a category 2 storm, made its way through the area 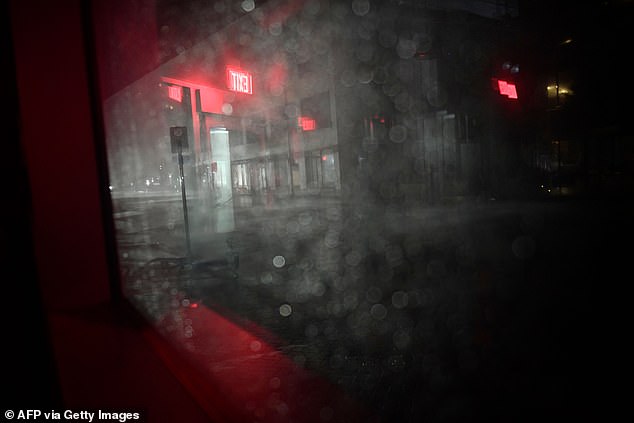 In addition to Jefferson Parish, 911 operators in St. John the Baptist Parish further inland, reported that they were being inundated with calls as Ida slowly made its way past New Orleans, the outlet also reported.

The force of the storm was so strong that the Mississippi River was flowing in reverse, according to the Army Corps of Engineers. Some 22 barges docked on the river in Destrehan, a town in St. Bernard Parish, have broken loose, according to officials, posing a threat to the water intake and refinery infrastructure.

When the storm calms, there will be around 21 urban search and rescue teams from some 15 states that will search for those stranded, according to the governor, who said that the extent of the damage won’t be known until Monday morning.

‘It’s weather dependent and quite frankly, before the weather gets good enough for us to respond it’s also going to be dark,’ Edwards said.

‘We will be ready at first light tomorrow morning to go out to those areas that we know already have received the most damaging impacts from the storm.’

Already Ida had been downgraded to Category 2 as of around 10pm eastern time Sunday, meaning it was no longer a hurricane. 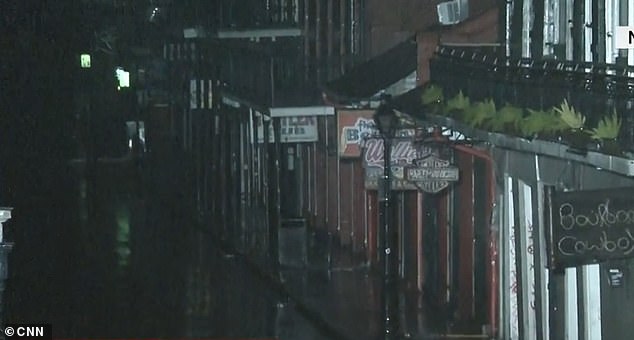 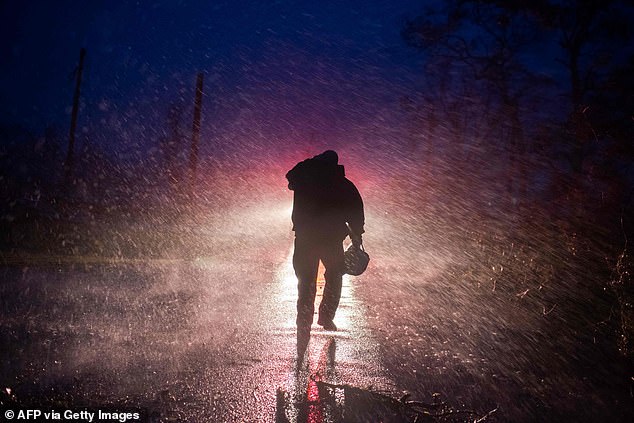 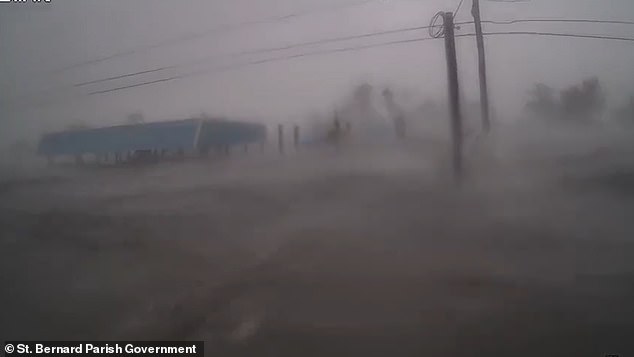 As of around 10pm eastern time on Sunday, Ida weakened to a Category 2 storm, but Edwards said the conditions were too dangerous 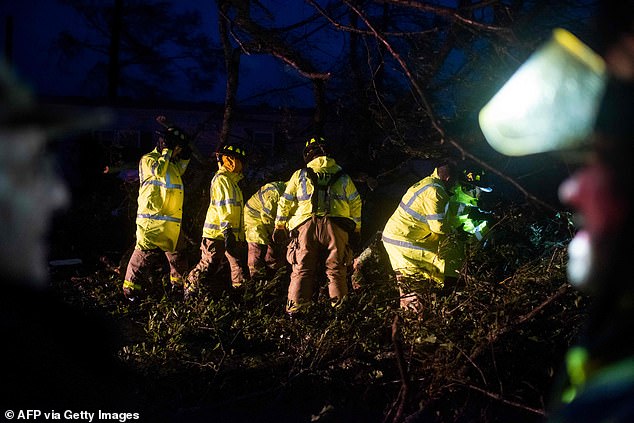 Montegut and Bourg firefighters cut through trees on the road in Bourg, Louisiana as Hurricane Ida passes 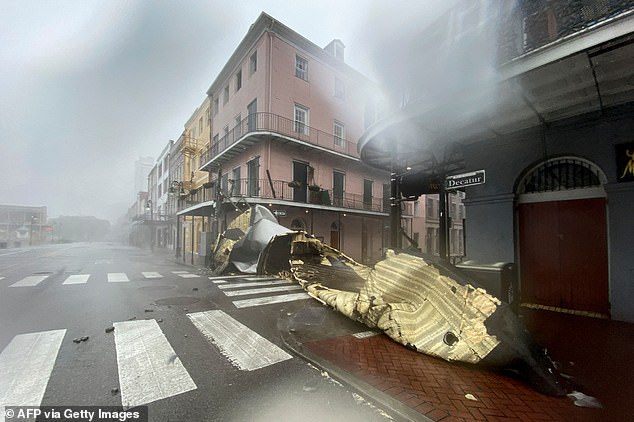 It had, however, claimed its first life when a resident died of a fallen tree in Ascension Parish.

Although the storm was slowing, Edwards said residents would have to sit tight.

‘Nobody should be expecting that tonight a first responder is going to be able to answer a call for help,’ Edwards told The Advocate.

The risk, he said, of sending search and rescue out during the peak of the storm would be counter productive.

‘It doesn’t help anyone to dispatch first responders on a call if you’re actually going to cause the first responder to be in a very bad situation in terms of either getting hurt or killed or just being stuck where they then have to ride it out there or you send somebody else,’ he said, according to The Advocate. 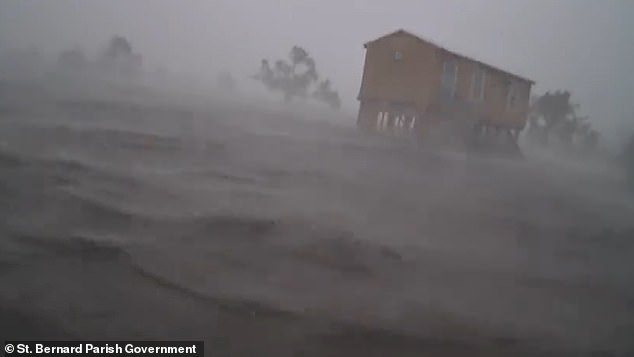 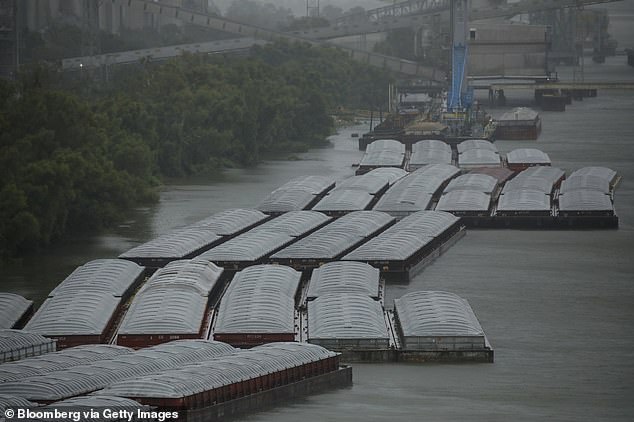 Some 22 barges docked on the Mississippi River in Destrehan, Louisiana, a town in St. Bernard Parish, have broken loose, according to officials, posing a threat to the water intake and refinery infrastructure

The warning came as the storm knocked out power for entirety of New Orleans, along with its nearly 400,000 residents, and Edwards warned the devastation would continue.

‘Nobody is out of the woods in southeast Louisiana yet,’ the governor said.

‘We’ll be dealing with this until sometime after midnight.’