A gang of armed and masked robbers were forced to leave the scene of the crime empty-handed after they couldn’t open the locked door to a high-end watch shop.

The video starts with a white saloon car drawing up outside the shop.

The vehicle stops right next to the crowded pavement in front of dozens of witnesses as four suspects jump out and head for the entrance of the watch business.

The masked robbers leap out the car carrying weapons including machetes. One carries a hammer and what looks like a blue bag. They wear white gloves.

The gang storm towards the store but footage shows one of the robbers quickly turning on his heels and heading back to the car. 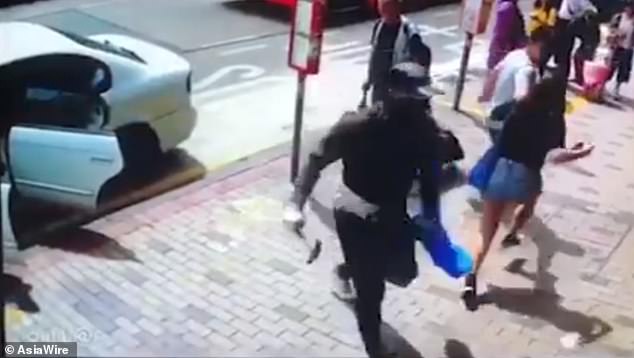 The masked robbers leap out the car carrying machetes outside the Tang Kwan watch shop on Cheung Sha Wan Road in Hong Kong’s Sham Shui Po district. One carries a hammer and what looks like a blue bag. They wear white gloves

He is soon followed in quick succession by other members of the gang who hurriedly clamber back in the car.

The shop’s CCTV images show the cleaver-wielding robbers have been thwarted by the shop’s locked glass door.

The first robber pushes against the door handle, but to no avail. 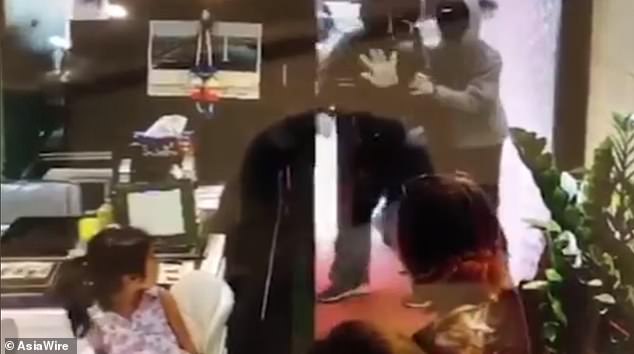 The first robber pushes against the door handle, but to no avail. The door is locked 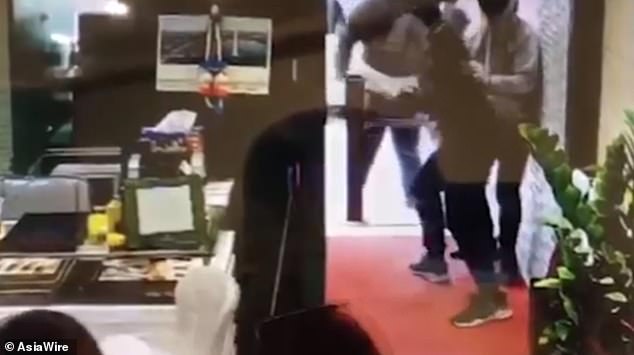 Two of the robbers then try and break the glass with their weapons. When they are unsuccessful they turn and flee back to their getaway car

They bang on the glass with their weapon but nothing happens.

A second robber in a grey hoodie then tries his luck, hacking at the door, but when that doesn’t work the gang turns tail and jumps back into the getaway car.

Customers look frightened inside, including a young girl who jumps down from her chair. 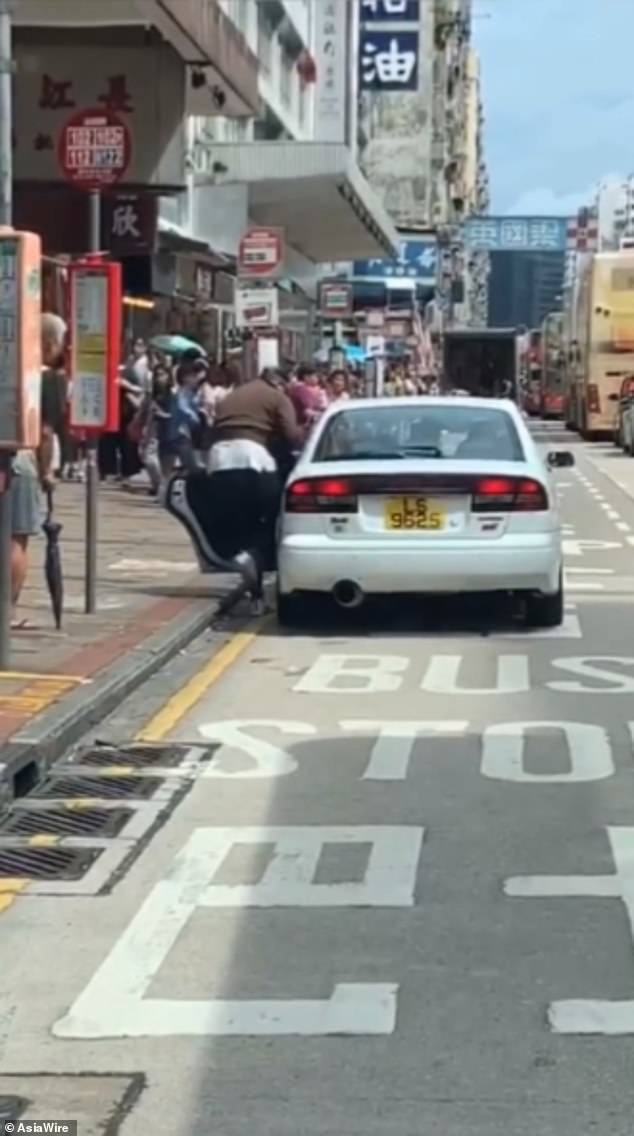 The getaway car (pictured) later lost control and slammed into a crash barrier after a high-speed chase lasting over 7 miles, the authorities added

The getaway car later lost control and slammed into a crash barrier after a high-speed chase lasting over seven miles, the authorities added.

Armed police drew their weapons as they arrested the group of five, which included a 16-year-old boy and four men age 20 to 33.

Bottles of paint thinner, a hammer, four blades and plastic cord were among the items confiscated from the car.

All five remain in detention and questioning for suspected involvement in the failed heist, but none have yet been charged.