A New York man was charged with harassment after he told a teenager he was in the KKK and then sprayed the teen down with a hose, police said.

Police said the incident stemmed from a dispute in a park near the house of Glen Nicodemus, 59, of Rochester. Steven Clancey, the chief of police with the Rochester Police Department, told ABC News Nicodemus was having trouble with a group of kids who had been allegedly harassing his mother.

Nicodemus then spotted the kids he thought were involved and went to the park to take their pictures so he could identify them to police, Clancey said, though he noted he did not know if it was actually the group that was allegedly making fun of Nicodemus’ mother. 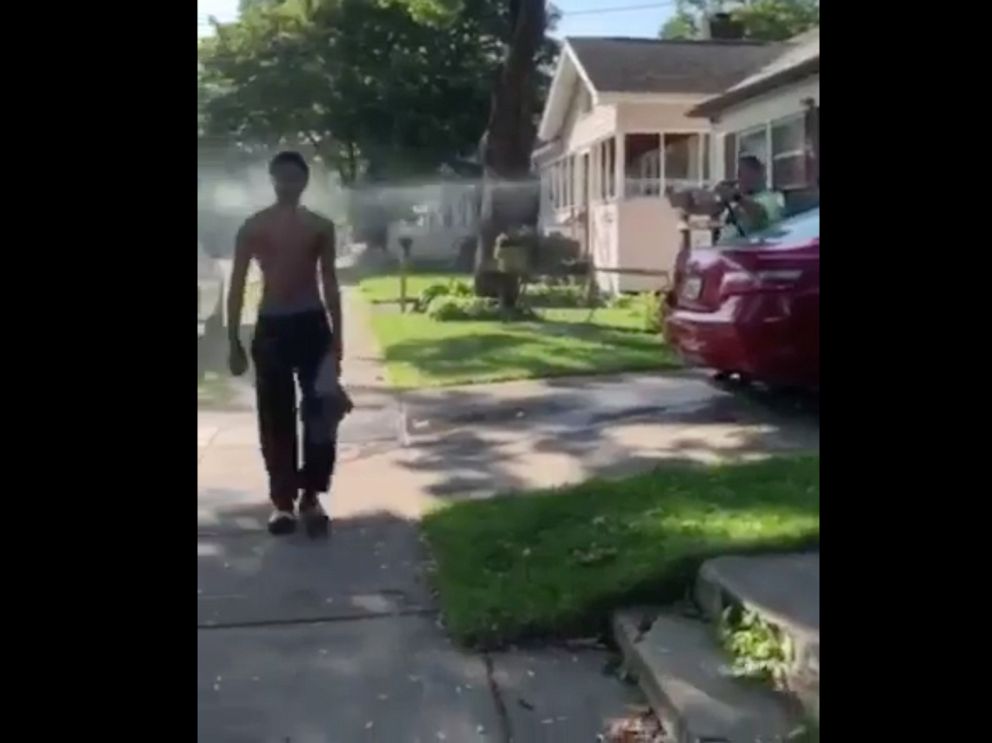 The group of kids and Nicodemus got in a “dispute” at the park after he began taking pictures of them. Police responded to that incident and spoke to all involved before everyone parted ways without arrests or citations.

It was about half an hour after that when some of the kids, including 14-year-old Jaiden Rodriguez, walked by Nicodemus’ home, saw he was outside and began exchanging words again, according to Clancey.

In the video of the Aug. 14 incident apparently taken by one of the kids, Nicodemus can be seen grabbing his hose and spraying Rodriguez after telling him he was “a member of the Ku Klux Klan.” Rodriguez makes threats to beat Clancey up, but walks away with friends as he’s being sprayed.

Christina Poles, Rodriguez’s mother who later posted the video to Facebook, said her son has received “tremendous support” since the incident, which she thinks has helped him overcome the dispute.

“He was very nervous to do a police statement and advocate for himself,” she told ABC News.

A man who identified himself as Nicodemus’ father declined to comment when reached by ABC News on the phone. 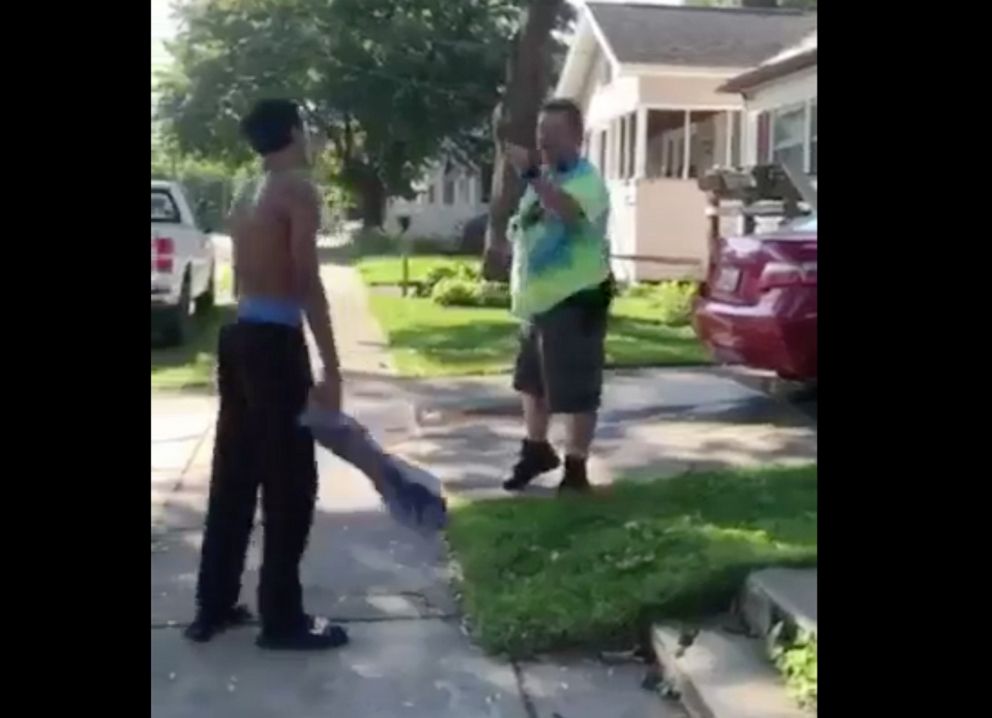 Police said the incident did not rise to the level of a hate crime after checking with the New York State Police Hate Crimes Unit and the Monroe County District Attorney’s Office.

Clancey said a judge did issue an order of protection for Rodriguez, but noted that Nicodemus is not a member of the KKK.

Nicodemus was arraigned by police on Wednesday. He has since been released and will report to pre-trial release under supervision.