A heroic man in his 80s has died after diving into a canal to save the life of his struggling daughter.

The elderly man, who was in his 80s, drowned in the Bude Canal in Cornwall at 5.20pm on Wednesday evening.

He leapt into the icy water to try to rescue the woman, who is in her 20s, from drowning.

But the man got into difficulty himself and died while the woman was pulled out by passers-by.

The man’s daughter took to social media to thank the ‘incredible passers by who stopped to help during the incident at Bude Canal in which my father tragically lost his life rescuing my sister’. 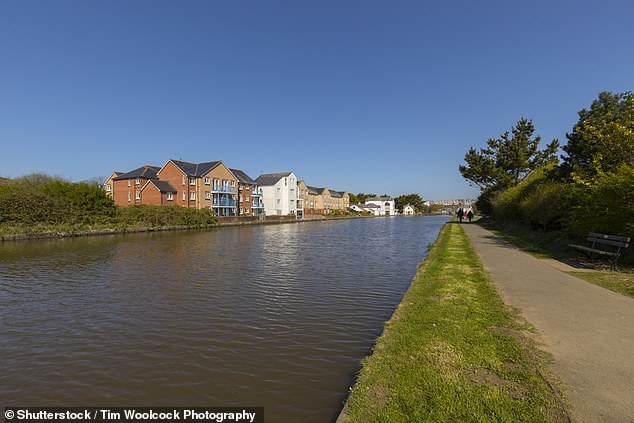 The elderly man, who was in his 80s, drowned in the Bude Canal (pictured) in Cornwall at 5.20pm on Wednesday evening

They added: ‘We are deeply shocked of course but I am so incredibly heartened by those who helped. My family and I would like to express our deep gratitude for all those involved.’

The woman was taken to hospital for treatment while a police spokesman confirmed the man in his 80s had died.

They said: ‘The death is not being treated as suspicious and a file will be prepared for the coroner.

‘Emergency services were called at 5.20pm to Bude Canal following reports of concern for the welfare of two people in the water.

‘A woman in her 20s was pulled from the water by members of the public and taken to hospital by land ambulance.

‘A man in his 80s was confirmed deceased at the scene. His next of kin have been informed.’