‘You’re going to hate me. I’m a paedophile’: Moment pervert, 49, made shocking confession to his employer after vigilantes caught him messaging ’13-year-old girls’ 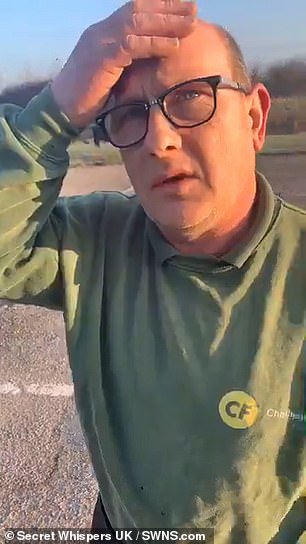 Fencing contractor Malcolm Barnard, pictured, was snared by a group of paedophile hunters after he tried to make contact with young girls

This is the astonishing moment a pervert caught inciting underage girls to have sex calls his boss in a panic and admits: ‘You’re going to hate me. I’m a paedophile.’

Malcolm Barnard, 49, was snared by a paedophile hunter group who confronted him about sending indecent pictures to teenage girls.

A video of his shocking confession was released by the group after Barnard, in Leigh, Essex appeared in court to admit child sex charges.

The footage shows Barnard being confronted by the group as he is working for a fencing company.

He is allowed to calls his boss ‘Kev’ to explain why he would not be working that day.

During the recorded conversation he admits being paedophile and tells his boss that he has ruined his life and is going to jail.

The paedophile hunter group Secret Whispers UK had set up ‘decoy’ accounts pretending to be children to snare Barnard.

In the video, Barnard immediately admits to talking to 13 and 14 year old children online and sending them ‘indecent images.’

The man pleads with the hunters not to call the police and says: ‘I’ve never done it before.

‘I do apologise, I wouldn’t harm nobody.’

He then picks up his mobile phone as he is being called by his boss called ‘Kev’.

Barnard’s boss can be heard asking whether the 49-year-old will be at work that day.

Barnard says: ‘No I’m not, I’m getting arrested.

‘I’ve done the worst thing in the world.

‘The worst thing ever, ever in my life.

‘I’ve been talking to the kids, Kev- I’ll be honest with you, I’m never coming back to work again I’m going to be put in prison.

‘I’m gunna be done by paedophile… I’m a paedophile, so you’re going to hate me. 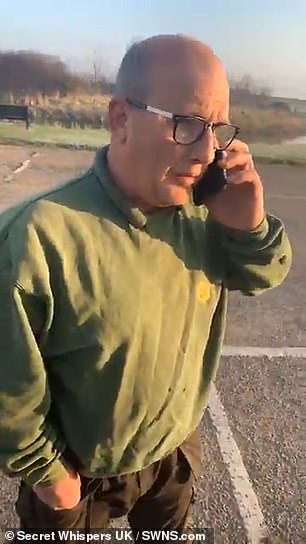 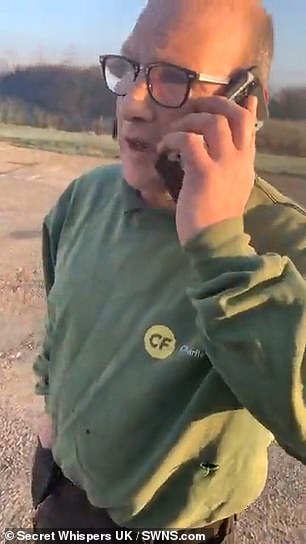 Paedophile hunters confronted Barnard in a car park in Canvey, Essex after he had tried to incite a 13-year-old girl to engage in sexual activity 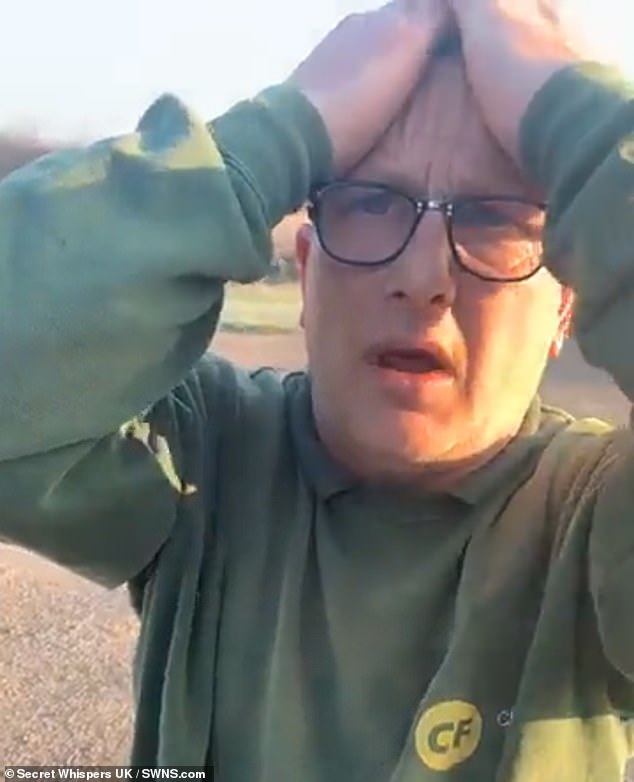 Barnard, pictured, told his boss that he thought the online conversations were ‘harmless fun’

‘I’ve been talking to kids.

‘It was only a bit of harmless fun.’

The company, Charfleets Fencing Ltd have been contacted for comment.

The filming took place at a car park in Canvey, Essex early in the morning. During the confrontation the hunters filmed Barnard fleeing and driving into the team. 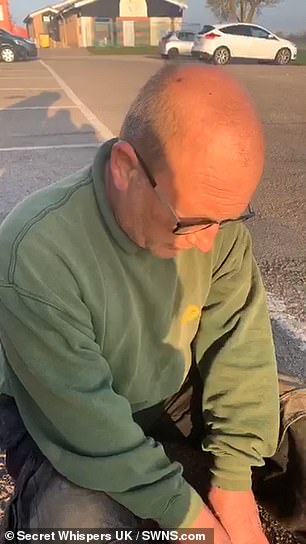 He faced allegations of assault and dangerous driving at Basildon Crown Court yesterday but these have been dropped.

Steven Levy, representing Barnard in court said that he was a man ‘of good character’ without any previous convictions.

Mr Levy also told the court that he has moved homes from Leigh, Essex to Crostwick, Norfolk as a result of the charge.

Judge Samantha Cohen adjourned the sentencing hearing until July 4 so a report can be prepared.

Addressing Barnard, she said: ‘The offences that you have admitted are of course extremely serious.

‘I should tell you that because I have asked for a pre-sentence report, there is absolutely no guarantee at all that your final sentence will not be an immediate custodial sentence.

‘It is important that you be frank with the team when they compile your pre-sentence report when asking about you, even if it is difficult to talk about.

‘Whilst you are on bail you must not have any unsupervised contact with anyone under the age of 18.’

Barnard responded: ‘I have never had contact with any child under 18 unsupervised. Ever.’ 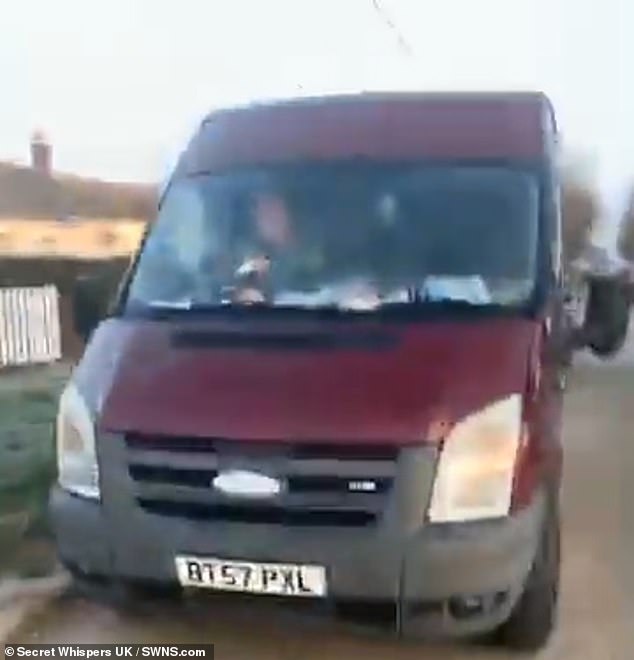 Barnard, pictured in his Transit van, will reappear in court next month for sentence