Management consultant, 44, was caught three times the drink-drive limit on her way to an Alcoholics Anonymous meeting after her own husband called police

A management consultant was caught drink-driving on her way to an Alcoholics Anonymous (AA) meeting after her own husband called the police.

Catherine Hawkins, 44, was three times over the legal limit as she drove her Mini along Plantation Drive, in Worcester, at around 8pm on June 3.

The mother-of-one was pulled over by officers near her home where she failed a roadside breathalyser test and was taken into custody.

JPs heard she had been on her way to an AA meeting as part of an ‘ongoing struggle’ and was reported to cops by her concerned husband. 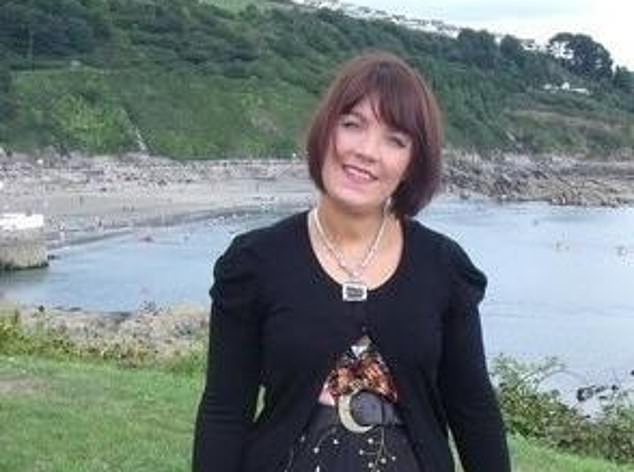 Catherine Hawkins, 44, was three times over the legal limit as she drove her Mini along Plantation Drive, in Worcester, at around 8pm on June 3

At a police station she provided two readings, the lowest being 108mcg of alcohol in 100ml of breath – the legal limit being 35mcg.

On Thursday, last week, Hawkins was given a 12 month community order after admitting drink driving at Worcester Magistrates Court.

She was banned from the roads for two years, told to complete 40 hours unpaid work and ordered to pay costs of £135 and a £85 victim surcharge.

Chairman of the bench Simon Freebairn warned Hawkins she wasn’t allowed to drive on any public road and to do so would be a ‘serious offence’.

He offered her the opportunity to complete the drink drive awareness course which, if she completes successfully, will reduce the ban period by 25 per cent.

Prosecutor Nichola Ritchie said the probation report revealed Hawkins regretted what she did and was now seeking help.

The report said: ‘When she was under the influence on the evening of the offence that (an AA meeting) was where she intended to go.

‘There is no reason for her to drink.

‘She has her own business with her partner, and a 12-year-old daughter.’

Mark Lister, defending, said his client should be given credit for acknowledging the problems she had with drink, which was an ‘ongoing struggle’.

He said: ‘This is one of those cases the focus should be on prevention and rehabilitation.

‘She knows it was wrong to have been drinking while over the limit.

‘She has a daughter and really wants to go to groups and turn her life around.

‘Her husband was the one who reported her to the police.’