A British auction house has been forced to withdraw a rare Maori cloak from sale and call in the police after receiving a torrent of abuse from angry New Zealanders.

The flax and cotton shawl is understood to have been worn by 19th-century tribal leader Chief Rewi Maniapoto, pictured, who is revered in Maori culture. It was discovered in a linen cupboard by retired couple Steve and Mary Squires, from East Sussex.

They planned to sell it at auction house Burstow and Hewett, of Battle, for £5,000, but it resulted in an avalanche of negative comments from social media trolls. Notorious New Zealand gang the Mongrel Mob told the auction house they would come to the UK and ‘get the cloak back’.

The retired couple, who are aged in their 60s, said they had withdrawn the Maori cloak from sale after they and the auction house were subjected to a campaign of ‘nastiness and bullying’.

Mrs Squires, a retired English teacher, said: ‘We are just ordinary people, living in an ordinary village and we had no idea this item would be of such interest to everybody and elicit such nastiness and bullying. 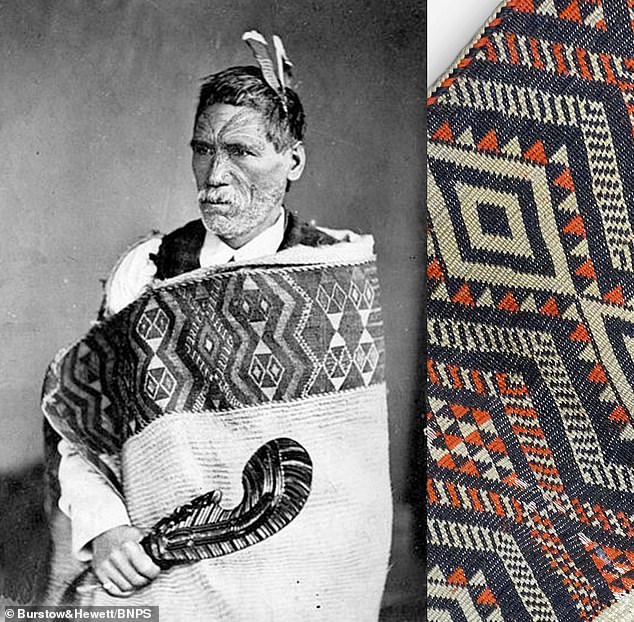 he hand-woven flax and cotton shawl is understood to have been the property of the 19th century tribal leader Chief Rewi Maniapoto, who is revered to this day in Maori culture.

‘You hear about online abuse but until it happens to yourself you don’t know how much it will affect you and your family. It is quite scary.

‘We withdrew the lot from sale because we felt it was not worth our while to subject ourselves or anyone else to any more abuse.’

After tracing their family tree back to the mid-19th century, they believe Mr Squires’ ancestor Thomas Grice, an overseas merchant who spent time with Maniapoto in the late 1860s.

A number of museums in New Zealand were thought to have been interested in buying the cloak after it was offered at auction. 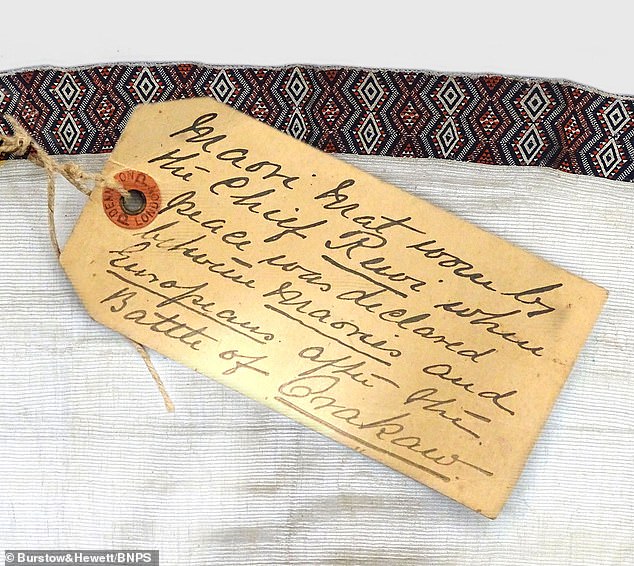 The cloak was found with an old handwritten note that read: ‘Maori mat worn by the chief Rewi when peace was declared between Maori and Europeans after the battle of Orakau.’ 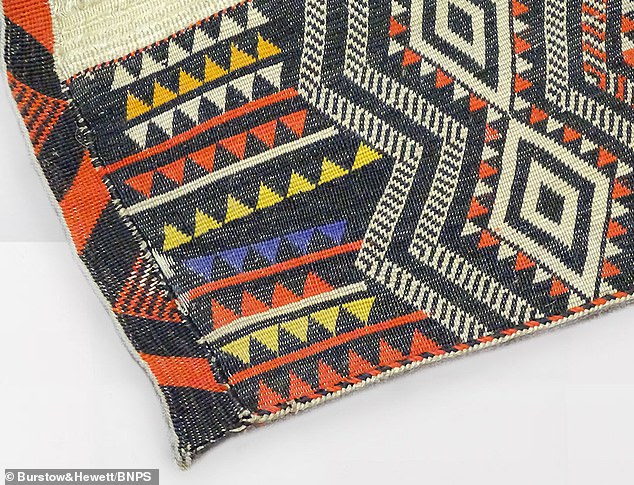 The auction house has since received messages of apologies from a number of New Zealanders about the ‘hate’ they were subjected to.

Posting on Facebook, Robbie Titchener said: ‘While I agree that the cloak is a taonga (treasure) and should be returned back to Ngati Maniapoto, I am intensely disappointed by the hate and threats you have received.

‘Please understand that those idiots are not real Kiwis. We are ashamed of them and apologise for the pain they have caused you.’

The cloak has been returned to Mr and Mrs Squires. Sussex Police said: ‘A report of this incident has been recorded. Safety advice has been given to the recipient.’