A masked gunman was taken into custody Monday morning after firing a rifle outside of a courthouse in downtown Dallas – just one block away from where five police officers were murdered in a 2016 ambush attack.

The suspect, in a video posted online by KDFW, was shown running through the parking lot of the Earle Cabell Federal Building before being hit by gunfire from police.

Officials told the Dallas Morning News the gunman, who has not been identified, opened fire shortly before 9 a.m. local time. A witness told the newspaper the shooter fired off rounds for about 45 seconds – and a photographer on-scene reported seeing the glass in one of the building’s revolving doors shattered in the aftermath.

The condition of the suspect is unclear and Dallas police say he is being sent to a local hospital. There were no other reports of injuries. 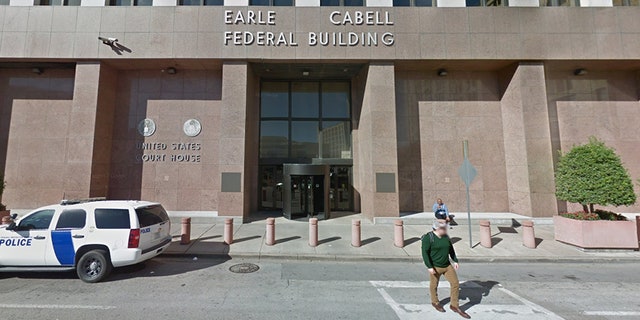 Police later carried out a controlled detonation of a "suspicious device" inside of a nearby vehicle believed to be owned by the suspect. The ATF and Dallas County Sheriff's Department also are said to be assisting in the investigation.

The scene is about a dozen blocks from the Winspear Opera House, where, on Monday morning, the new Dallas mayor and city council were being sworn in, a WFAA reporter tweeted.

This is a developing story. Please check back for updates.