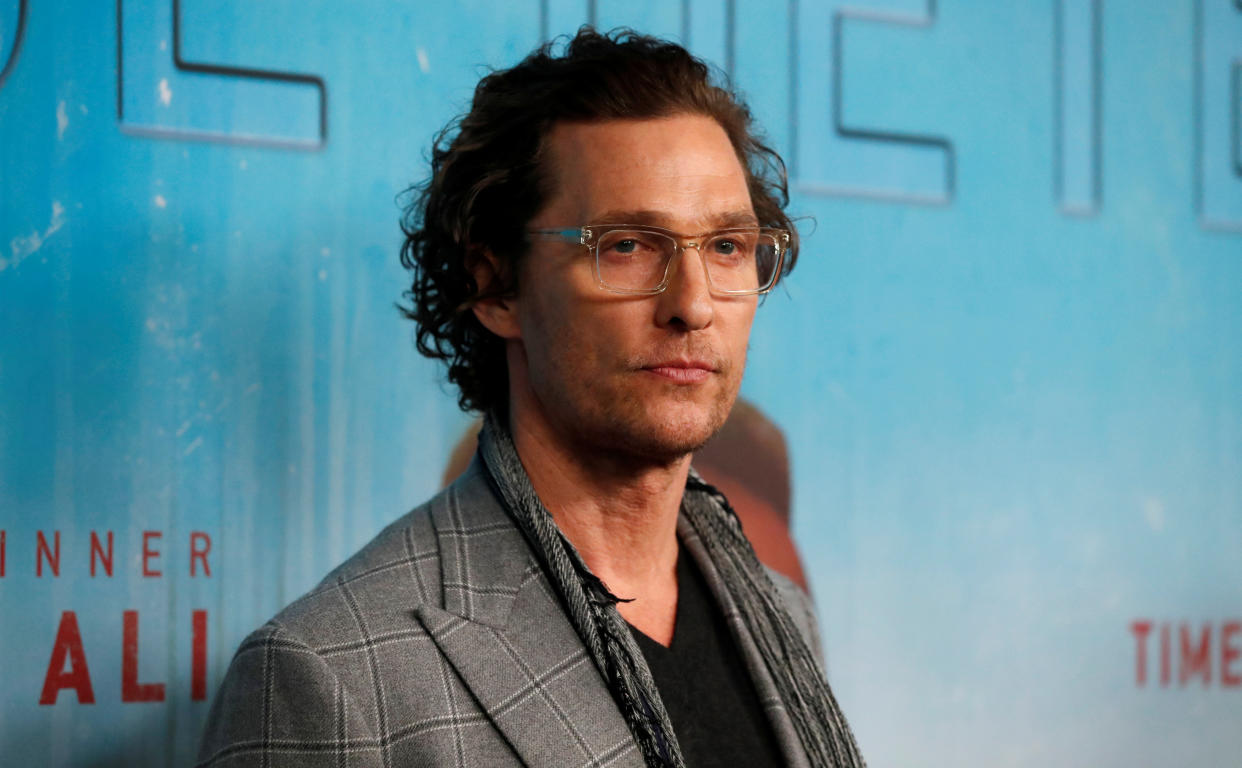 For Matthew McConaughey, the May 24 shooting at an elementary school in Uvalde, Texas, that left 19 children and two teachers dead is more than just another casualty in American history. The actor is asking for action.

On Monday, the Texas native wrote an op-ed for The Austin American-Statesman, part of the USA TODAY Network, titled “It’s Time to Act on Gun Responsibility.” “I am a father, the son of a kindergarten teacher, and an American. I was also born in Uvalde, Texas,” the actor begins. “That’s why I’m writing this.”

McConaughey writes he believes that “responsible, law-abiding Americans have a Second Amendment right, enshrined by our founders, to bear arms” but also believes “we have a cultural obligation to take steps toward slowing down the senseless killing of our children.”

“The debate about gun control has delivered nothing but status quo,” he writes, explaining he believes there’s a difference between control and responsibility when it comes to owning guns in the U.S.

“Depraved acts of violence, with guns as the weapon of choice, are ripping apart families, tearing at people’s faith, and shredding the fabric of our society,” McConaughey writes. “We have an epidemic of indiscriminate mass shootings, of parents burying their children, of inaction, and buck-passing. Saving the unnecessary loss of lives is not a partisan issue.”

Analysis: How cable news covered the Uvalde, Texas, school shooting. ‘We all just have to say that’s enough’

The Uvalde, Texas shooting in May marked the deadliest shooting at a U.S. grade school since the 2012 attack at Sandy Hook Elementary School in Newtown, Connecticut.

In his op-ed Monday, McConaughey continues: “We need to make the lost lives matter. Our leaders must make bipartisan compromises on a few reasonable measures to restore responsible gun ownership in our country.”

To do this, the actor outlines four measures he believes must be taken including requiring background checks to purchase guns, establishing Red Flag Laws and enacting stricter rules for obtaining assault rifles. 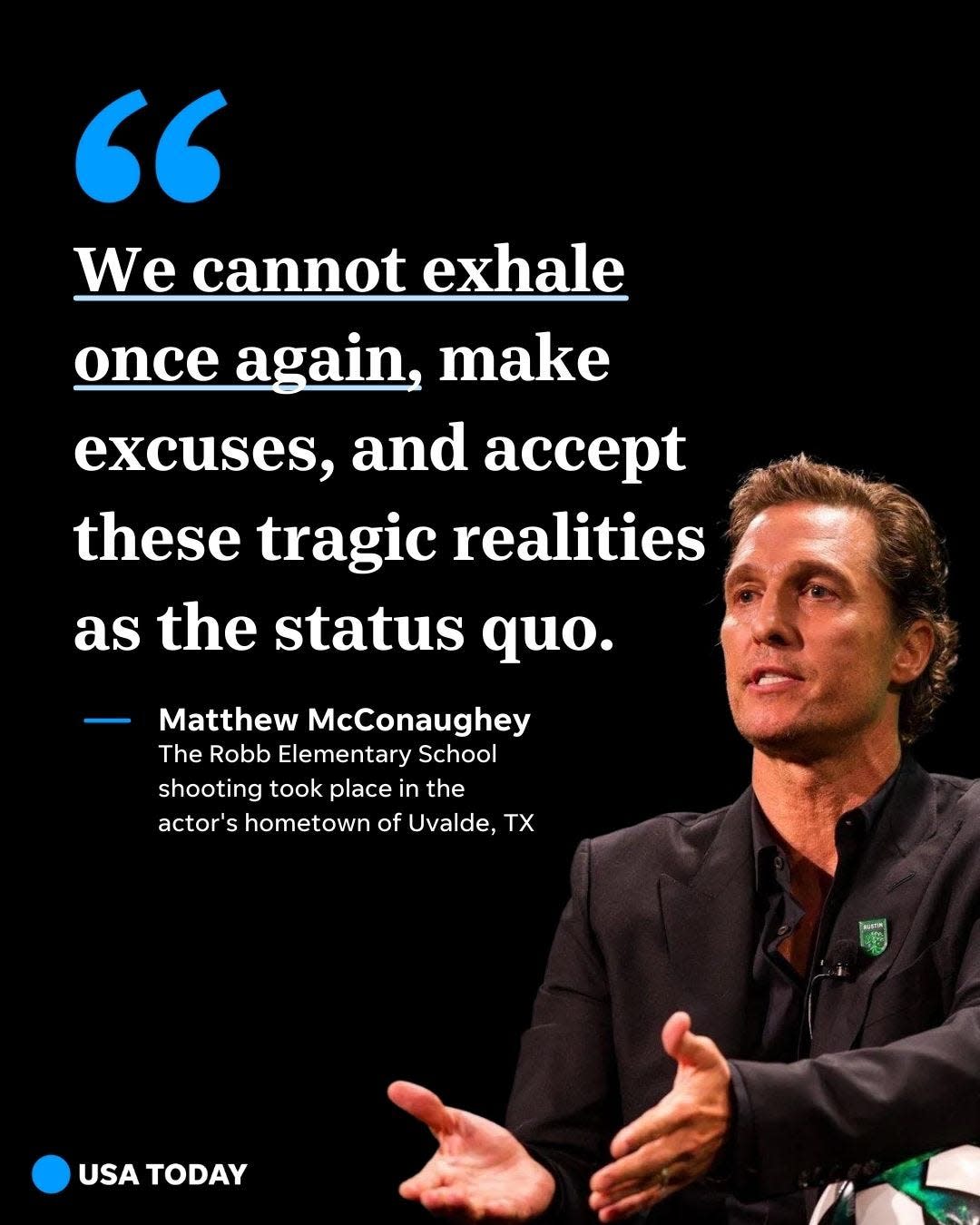 “For ourselves, our children, and our fellow Americans—we have a duty to be responsible gun owners,” the actor concludes. “Please do yours and protect the Second Amendment through gun responsibility. It’s time for real leaders to step up and do what’s right, so we can each and all just keep livin’.”

Looking for Congress to change gun laws after a mass shooting? These 5 states didn’t wait

While McConaughey calls for stricter gun laws in this country, he’s also given back to his community of Uvalde. McConaughey and his wife, Camila, spent time in the actor’s hometown in early June to visit with the Robb Elementary School victims’ families in the aftermath of the mass shooting.

Following their visit, the couple announced the launch of their Just Keep Livin Foundation’s Uvalde Relief Fund to help support the reeling community.

“While the spirit of the community is in pain, the unanimous support of families to families and strangers to locals is beautiful, the organization shared in a statement to Instagram.

“After the initial shock, the town has now begun the funerals and the grieving process, which will continue for the surviving children, families and the entire community. The community will need ongoing grief counseling and support on the long road ahead of them. Please join us to help the people of Uvalde, TX,” the organization added.

Hours after the shooting in May, McConaughey also shared a statement, writing, “Once again, we have tragically proven that we are failing to be responsible for the rights our freedoms grant us.”