For seven years, Ken Gray has relied on the NDIS to help manage the challenges of living with Down syndrome. For much of that time, the 23-year-old could have been the poster child of the scheme introduced by Labor in 2013 and which is designed to give disabled Australians and their families greater control over accessing and spending taxpayer funds formerly controlled by service providers and government agencies.

Ken’s funding package paid for carers to take him to the gym and on regular outings in which he was able to develop independence, social skills and make friends. Carers also supported Ken to work three jobs, including stacking shelves at Coles and selling cookies at a local market in Perth. 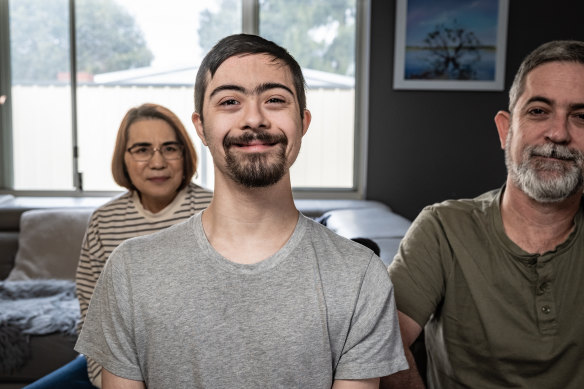 Mark and Keiko Gray are the parents of 23-year-old Ken with Down syndrome. Ken’s NDIS funding was almost halved without explanation.Credit:Tony McDonough

He was the embodiment of the point made by the NDIS’s fiercest champions: that despite its ballooning cost – the $30 billion program is estimated to grow to $60 billion in 2030 – the NDIS returns an estimated $2.25 in economic activity for every dollar spent on its 500,000 participants.

His father Mark says the scheme was ultimately preparing his son for a future without his parents.

“Ken needs to learn to live alone because we are going to die before he does. And everything we’re doing is preparing for that moment.”

Within days, Ken’s world became smaller. Friends and fitness were replaced with loneliness and hours spent on a computer screen. Mark and Ken’s mother Keiko noticed their son began talking to himself, forced to imagine the world that had been ripped from him.

The cuts to his funding were combined with what Mark describes as a suddenly adversarial relationship with the organisation that manages the scheme, the National Disability Insurance Agency (NDIA).

He says disability support networks across Australia describe similar experiences of plans being slashed without adequate reasons. Along with these mounting anecdotal reports, official figures reveal a 400 per cent increase in complaints about NDIS plan cuts to the Administrative Appeals Tribunal, and the scheme agency spending tens of millions of dollars fighting its disabled clients.

While the NDIA has dismissed claims of a razor gang engaged in wholesale plan slashing, the previous minister Linda Reynolds publicly warned that the scheme was facing a financial sustainability crisis.

It was against this backdrop that the Australian Criminal Intelligence Commission (ACIC) began gathering intelligence about serious organised crime syndicates exploiting the scheme. Some of the commission’s information came from the gangsters the agency hauled before closed-door inquiries, where suspects must answer questions truthfully or face jail.

The NSW, Queensland and Victorian police, along with a joint NDIA and federal police fraud taskforce established in 2018, had also been gathering evidence of crime gangs using loopholes to steal tens of millions of dollars in disability funding (the Australian Federal Police has made several major arrests of NDIS fraudsters linked to crime gangs).

A senior source from the NDIA says that in March the then chief executive Martin Hoffman was warned, via a classified briefing paper emailed by the criminal intelligence commission, that organised criminals were freely exploiting “systemic vulnerabilities” in the NDIS.

The commission’s chief executive, Mike Phelan, has confirmed this rorting to The Age, the Sydney Morning Herald and 60 Minutes, revealing the ACIC had determined that the scheme was far too easy to exploit and that the scale of fraud was in the “billions,” potentially as high as 20 per cent of its total.

Mark Gray struggles to stomach the concept that drug traffickers and money launderers are exploiting the welfare program that has helped give his son a quality of life not possible without government support.

For Mark, the rorting of the National Disability Insurance Scheme (NDIS) is not just about money.

Phelan is calling for a new multi-agency taskforce to combat the problem and has described an array of strategies being employed by high-level criminals to steal disability entitlements. Some are as simple as billing the federal government for services never provided, confident that desktop audits won’t detect the fraud.

While the intervention of a police chief in a public policy debate is rare, Phelan’s warnings are not news to the Formica family in the southern NSW town of Shellharbour. Parents Guy and Dawn are full-time carers for their daughter, Felicity, 16, who suffers from severe autism and epilepsy.

They, too, were once fierce proponents of the scheme until they hired an NDIS-approved contractor to renovate Felicity’s bathroom to make it safer if she has a seizure while showering. Guy says that this contractor sought to inflate the costs of the renovation, assuring him the NDIS would cover any blowout, no questions asked. 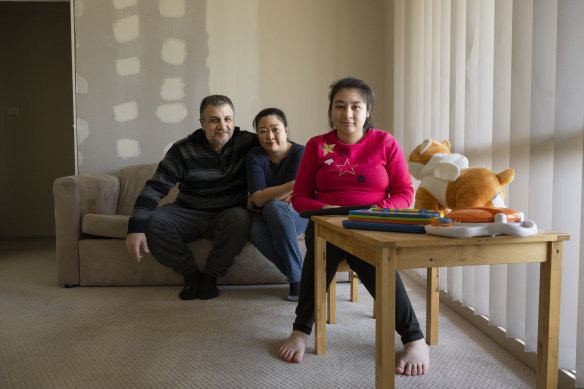 Dawn and Guy with their 16-year-old daughter Felicity.Credit:Louise Kennerley

When Guy pushed back, the builder abandoned the job unfinished. The builder’s last act, though, was to claim the full $33,000 allocated by the NDIS to complete the renovation.

“These providers can just go in, put in a claim and get, get paid, and nobody checks. The actual system on how these providers get paid needs to be revamped,” says Guy, echoing the ACIC boss.

The calls for NDIS reform from the Formica and Gray families and the criminal intelligence commission have been welcomed by minister Bill Shorten. Shorten dismisses claims the scheme was poorly designed by Labor a decade ago, heaping blame on the recently ousted Coalition government.

In a statement, the National Disability Insurance Agency apologised for distress caused by its handling of the Gray family's case, acknowledging the delay in resolving their complaint was "not acceptable." It said it had forwarded the Formica's family's concerns to the industry watchdog for assessment.

Phelan, who has spent 40 years pursuing criminals in a decorated policing career, is confident that systemic reforms and more investigations will save the NDIS hundreds of millions of dollars – money that should be going to people such as Ken Gray and Felicity Formica.

“It is a personal mission. I look at some of the material that has come across my desk, all the intelligence that is available to me. And it just sickens you,” says Phelan.

“At the end of every single case is a victim who is already a victim.”