MEGHAN Markle may never come back to Britain after her bombshell Oprah Winfrey interview angered the Royal Family.

Insiders fear she and Prince Harry could have burnt their bridges by failing to tell family members what was in the two-hour chat before it was shown in the US at 1am today.

Sources say royals including the Queen were not planning to watch the interview, to be shown here on ITV at 9pm.

Royal staff described Prince Harry as Meghan Markle’s “hostage” before the couple left for a new life in the States, it emerged last night.

They said it was “disgusting” that senior royals — including the Queen, Prince Charles and William — were given no advance details of what was in their pre-recorded two-hour interview.

Family members were instead waking to a staff briefing about the couple’s complaints of a restrictive life and overbearing aides inside the monarchy.

Sources fear pregnant Meghan’s decision to tell millions worldwide her side of their fall-out with “The Firm” means she has no intention of returning to these shores. 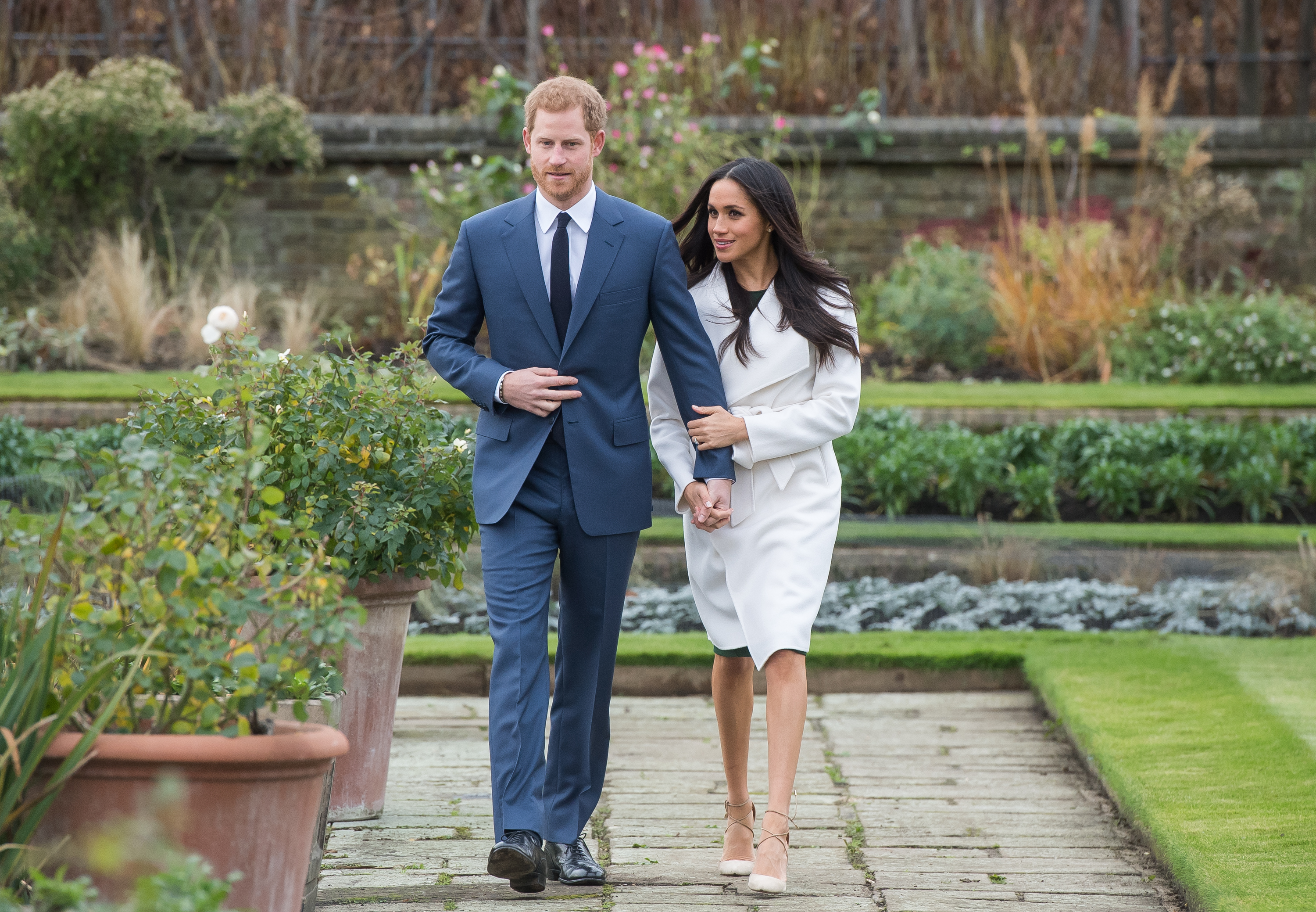 One insider said: “It is astonishing that Harry had not told his father, his brother or his grandmother beforehand what was to be in the interview.”

Yesterday it emerged that royal staff who worked with Meghan gave Harry the nickname “The Hostage” before the couple left Britain for a new life in the States.

Employees claimed they were living in a “climate of fear” where they were routinely humiliated and subjected to unreasonable demands.

A staff insider said: “Everyone would welcome Harry back on his own. He is still Prince Harry.

“But after this interview you have to question whether Meghan has any intention in ever returning to Britain.

"Because it makes it impossible to sit down in a room with family and staff after you’ve done this Oprah interview.”

There was also speculation over the future of their 22-month-old son Archie — as well as the new arrival expected later this year.

Another insider added: “This raises questions about whether the royals will see Archie and their next baby much at all, or really have any part in their upbringing. If that is the case then they’ll be devastated.”

Even Meghan's closest advisors at her LA PR firm were not allowed at the filming of the interview in California last month.

Four clips were carefully selected as trailers by Oprah’s producers to give a flavour of the chat.

They included Meghan, 39, accusing “The Firm” of spreading lies and Harry, 36, referring to his mother Diana, saying he fears “history repeating itself”.

A source said: “The only advance footage the Royal Family and household saw were the trailers just like everyone else. It is disgusting.”

Royal insiders said members of the family were not planning to stay up until 1am, when the Stateside interview will be screened UK time.

Instead, the Queen will be given a breakfast briefing by aides this morning.

Sources close to her said she will continue to focus on national issues this week.

One said: “There are more important things going on than a TV show and everyone will be glad when the circus surrounding it is over.”

Staff at Windsor Castle and Buckingham Palace have already dubbed the interview “Moperah” after seeing the teasers last week.

The CBS channel which is showing it was not available for patients at King Edward VII’s Hospital where Prince Philip, 99, is recovering from a heart operation.

A senior source said last night: “I cannot imagine any member of the Royal Family will be staying up all night to watch it.”

New allegations include claims that Meghan “went mental” at former PA Melissa Toubati during a shooting party at Sandringham for Harry’s friends.

Meghan was said to be furious that embroidered blankets as gifts for the guests were not the correct shade of red.

Staff at the time have accused Meghan of being “genuinely unkind” to workers.

Others are said to be furious that unfounded allegations of racism could stick in their new careers. 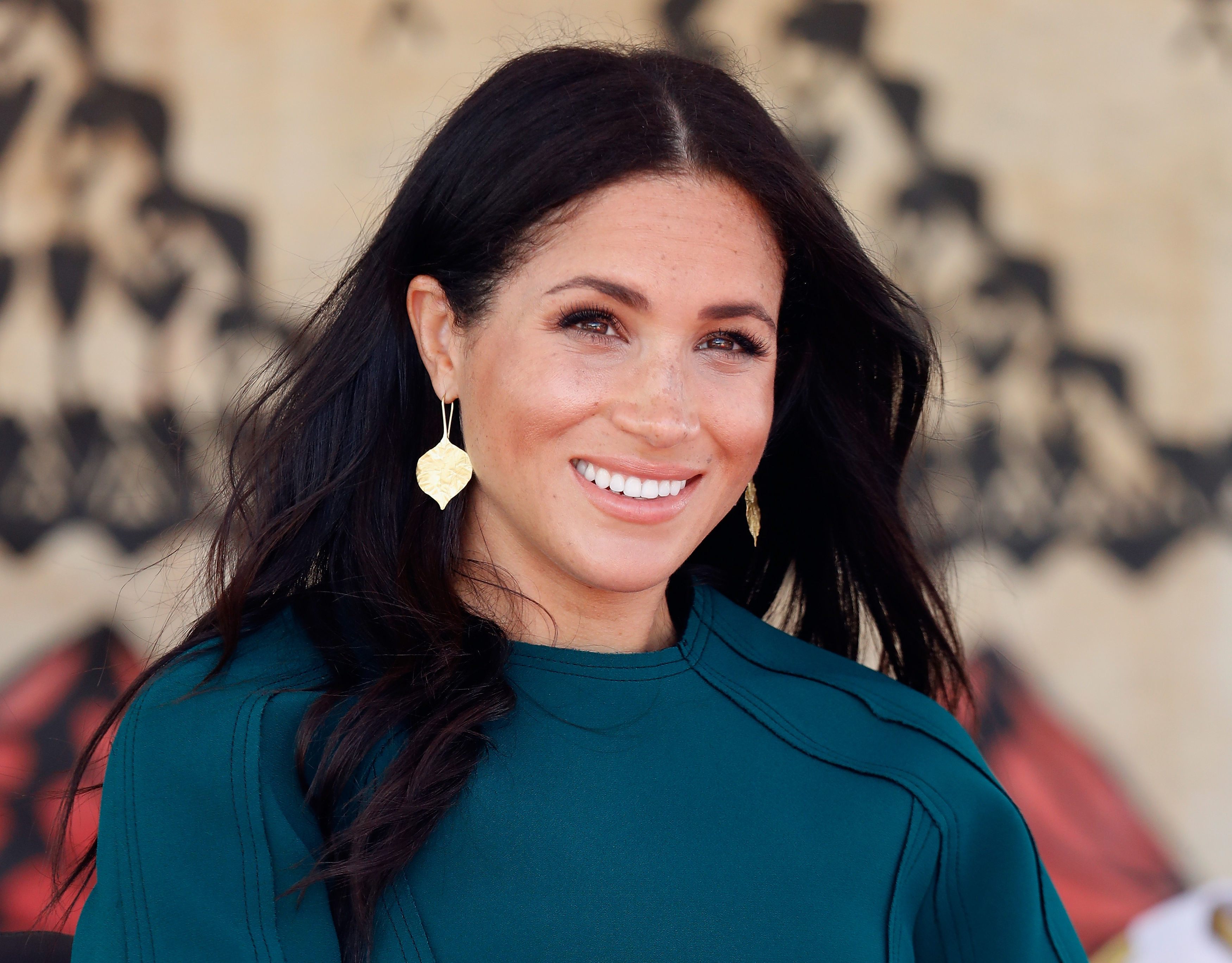 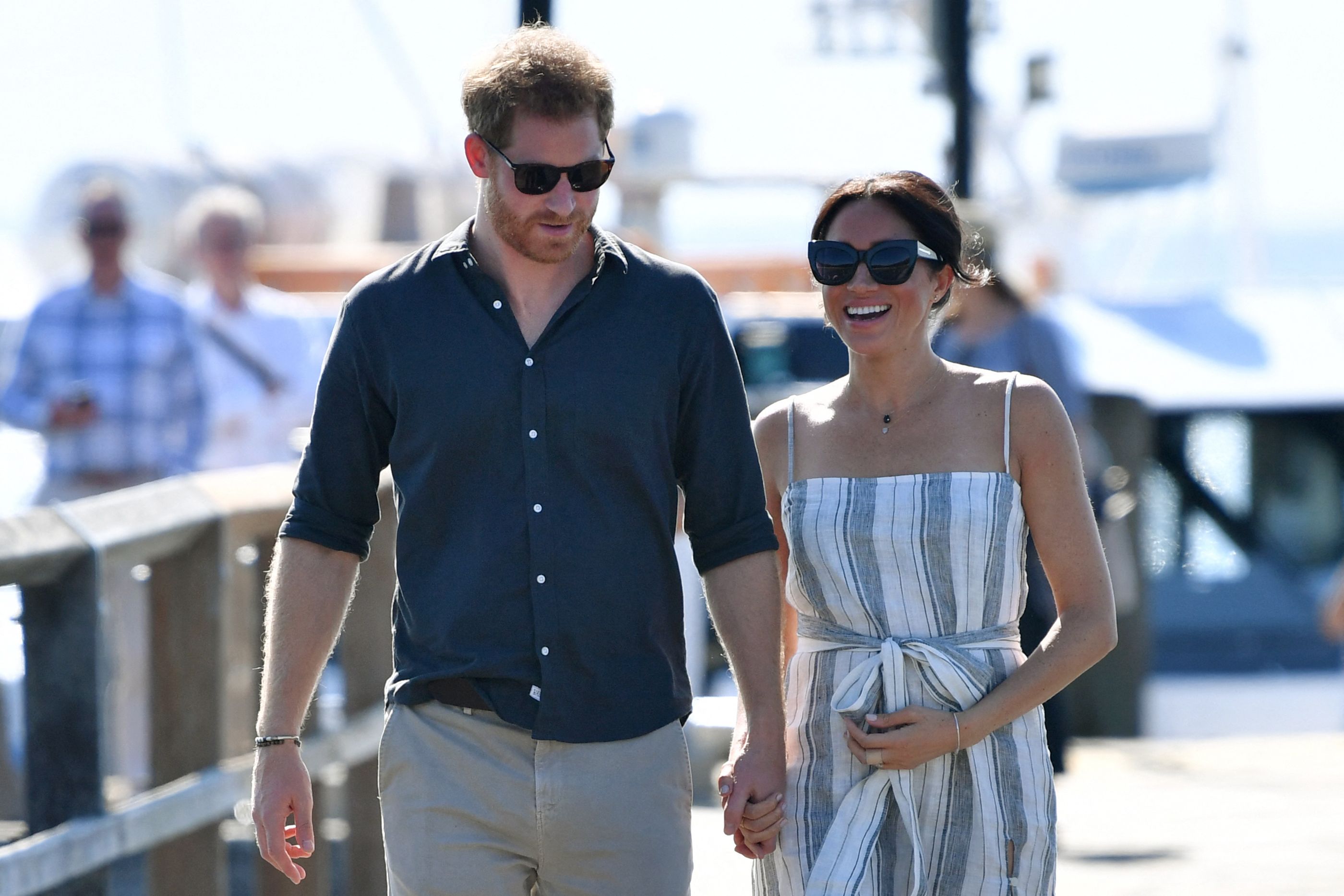 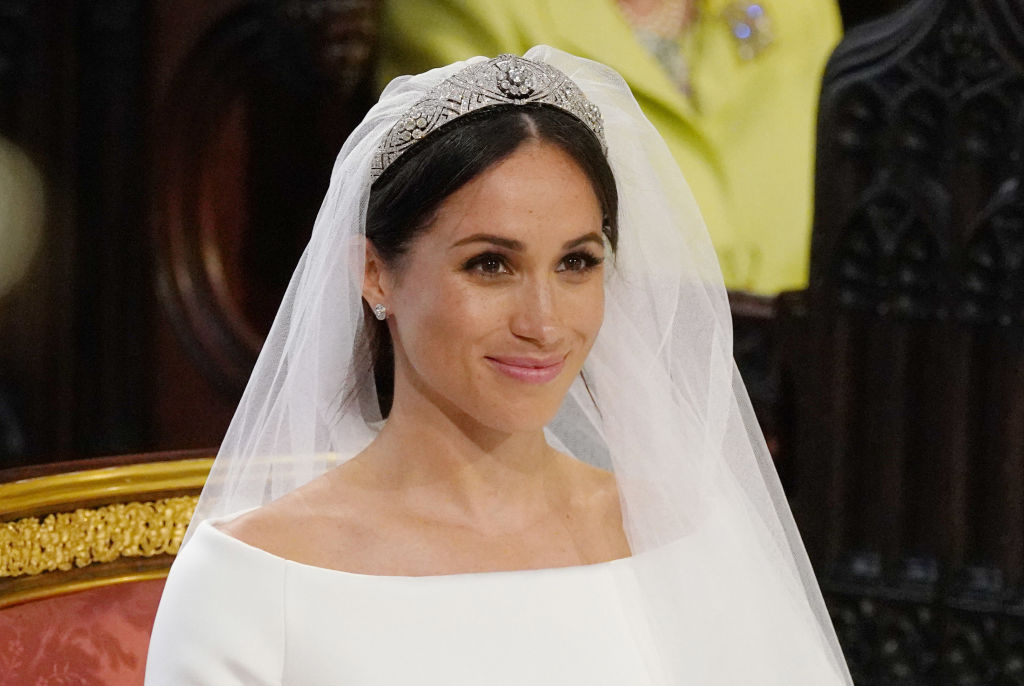 Many deny claims they did nothing to help her adjust, saying they bent over backwards to accommodate her.

Harry got a telling-off from the Queen for one tirade over the choice of her wedding tiara, when he said “what Meghan wants, Meghan gets”.

Six senior members of Meghan’s staff quit between the wedding and Archie’s birth a year later.

A spokesperson for the Sussexes has denied bullying and called the allegations a “calculated smear campaign”.

Last night, a poll found more than half of Brits (55 per cent) believe Meghan is “fame-obsessed”.

Just under half (47 per cent) believe the couple should be stripped of their royal titles.

Just 21 per cent of 3,000 people surveyed think the couple should be able to cash in on interviews while still keeping their titles.

Royal author Phil Dampier believes it unlikely Meghan will ever return to the UK.

“But I do feel she might even get a hostile reception by members of the public if she does return.

"There is no doubt Harry and Meghan’s popularity has plummeted.

"While they may still be popular with younger people in America their star has definitely fallen here.

"The interview has made it harder for Harry and William to repair their rift. 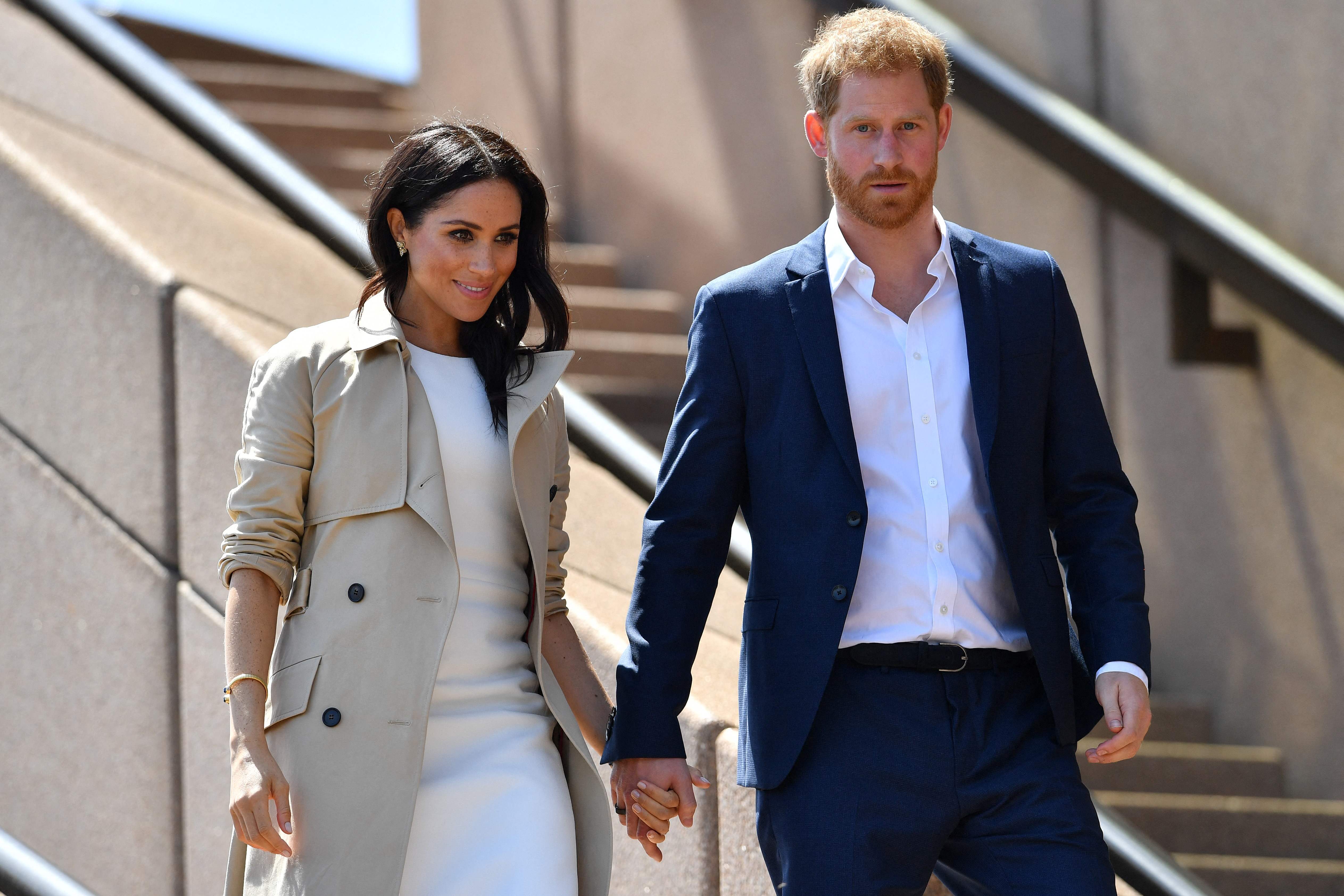 "I even have my doubts whether Harry will return for the Queen’s 95th and Prince Philip’s 100th or even the unveiling of Princess Diana’s statue in July.”

The couple have handed their Frogmore Cottage home for Princess Eugenie and Jack Brooksbank to bring up their son August.