MEGHAN Markle has vowed she and Prince Harry “won’t be silent” on their split from the Royal Family and “won’t live her life in fear”.

The Duchess of Sussex said she didn’t know how the Palace could expect her to remain quiet if they continued to “perpetuate falsehoods” about the couple. 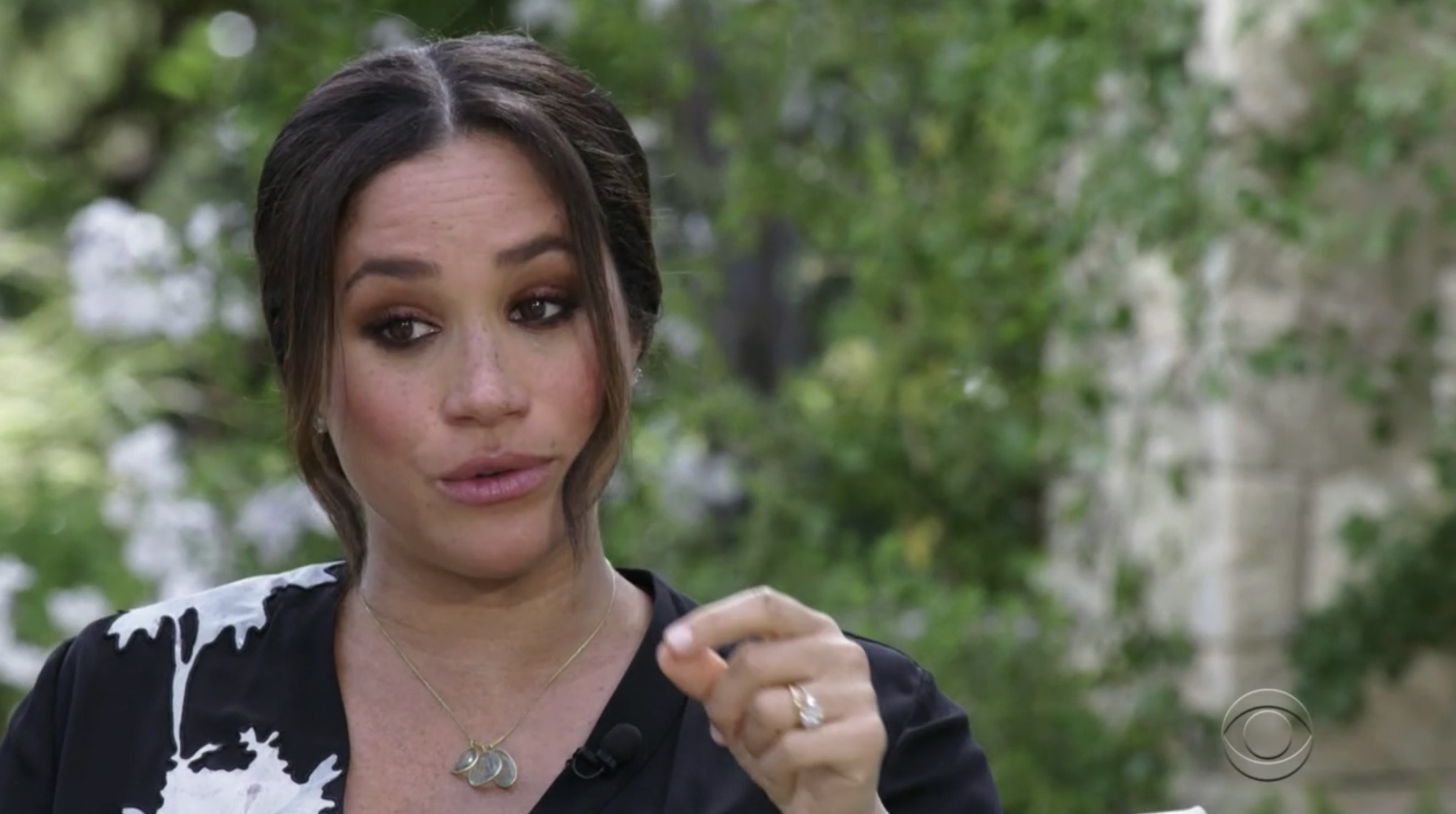 She admitted she has “lost a lot already” including her “father, a baby and her identity” but added that she wants people to know there’s another side and that “life is worth living”.

In her bombshell interview with Oprah Winfrey, she said: “I don't know how they could expect that, after all of this time, we would still just be silent if there is an active role that The Firm is playing in perpetuating falsehoods about us.

"And, if that comes with risk of losing things, I mean… there is a lot that has been lost already."

Meghan said she hoped the message people would take from the interview was "know there's another side, to know that life is worth living".

She said: "I have lost my father, I lost a baby, I nearly lost my name, there's the loss of identity," but added: "I'm still standing."

She told Winfrey she did not intend to say anything "shocking" and asked about a potential backlash, Meghan said: "I am not going to live my life in fear."

Meghan broke down in tears during the interview as she revealed she told Prince Harry she "didn’t want to be alive anymore".

She said she had suicidal thoughts in the shocking tell-all interview with Oprah.

The Duchess said she begged for help from the Firm after struggling with her mental health – saying it was her husband who "saved" her.

I don't know how they could expect that, after all of this time, we would still just be silent."

Meghan also used the story of The Little Mermaid to describe her experience in the royal family.

The Duchess likened herself to the character Ariel – who falls in love with a Prince and ends up losing her voice.

It came as the Duchess claimed royal aides had allowed the press to believe that she had made Kate cry in the run-up to the royal wedding, when it was the other way around.

Meghan said: "Only once we were married and everything started to worsen that I came to understand – not only was I not being protected but that they were willing to lie to protect other members of the family.

"They were not willing to tell the truth to protect myself and my husband."

She added that her biggest regret was believing that she would be protected by the royals.

When Oprah asked Meghan if it was true that she'd made Kate cry, the Duchess replied: "No, no, the reverse happened.

"I don’t say that to be disparaging to anyone. She was upset about something, she owned it, she brought me flowers and brought a note apologising.

"She did what I would do if I hurt someone."