Memorable moments from past political conventions

Thanks to the coronavirus pandemic, the upcoming Republican and Democratic conventions will look very different than they have in the past. They’ll both be largely digital, meaning that they might look more like a Zoom call than the massive, stadium-packed events we’re used to. But through other moments of turmoil in U.S. history, including wars, recessions and social unrest, the conventions have never failed to deliver memorable and sometimes entertaining moments — and even a much-needed laugh.

Here’s a look back at some of the most notable moments from past conventions.

On the final night of the 2000 DNC, Democratic nominee Al Gore joined his then wife, Tipper, onstage and gave her a kiss that lasted an “exceptionally long time.” Commentators speculated that the smooch was an effort “to change his robotic image,” according to the New York Times.

Claire Shipman of NBC suggested at the time that the seemingly endless embrace may have been an effort to cast Gore as the “faithful husband” in the wake of the Clinton sex scandal that had rocked the White House. After Gore lost the election by a razor-thin margin to Republican George W. Bush, some Democrats would argue that Gore’s effort to distance himself from the still-popular Clinton was a mistake that may have lost him the White House. 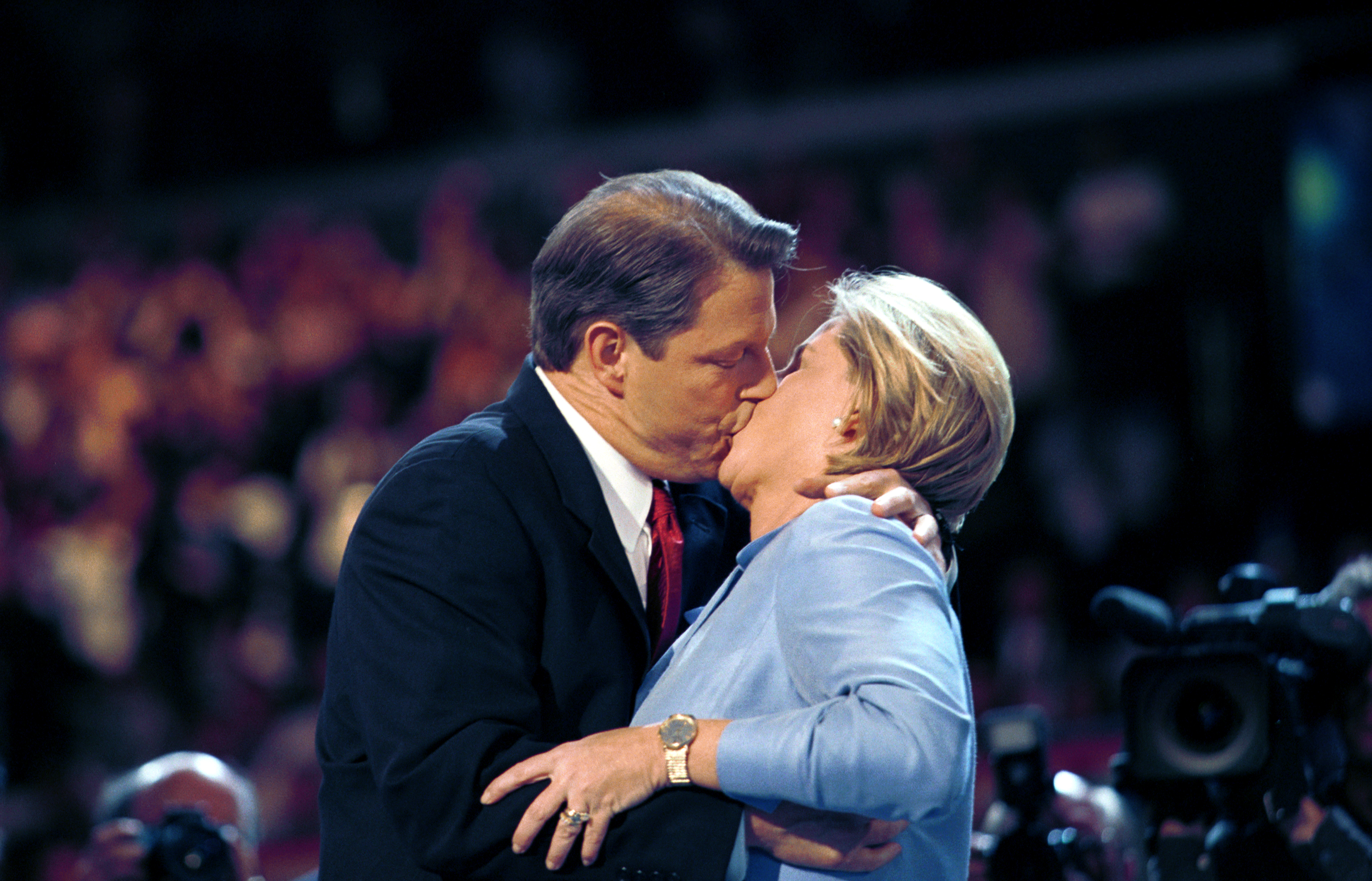 After being revealed as the 2012 RNC’s much-anticipated “mystery guest,” actor and director Clint Eastwood appeared onstage and had a conversation with an empty chair, which he said was meant to represent President Barack Obama. Eastwood received applause and laughter from the convention floor, but elsewhere reactions were less enthusiastic, with Rachel Maddow calling the appearance “the weirdest thing I’ve seen at a political convention” and Wolf Blitzer calling it “confusing,” “rambling” and “a big mistake.”

The Obama campaign had some fun with the moment, tweeting in response, “This seat’s taken,” with a photo of Obama sitting in the Oval Office chair. 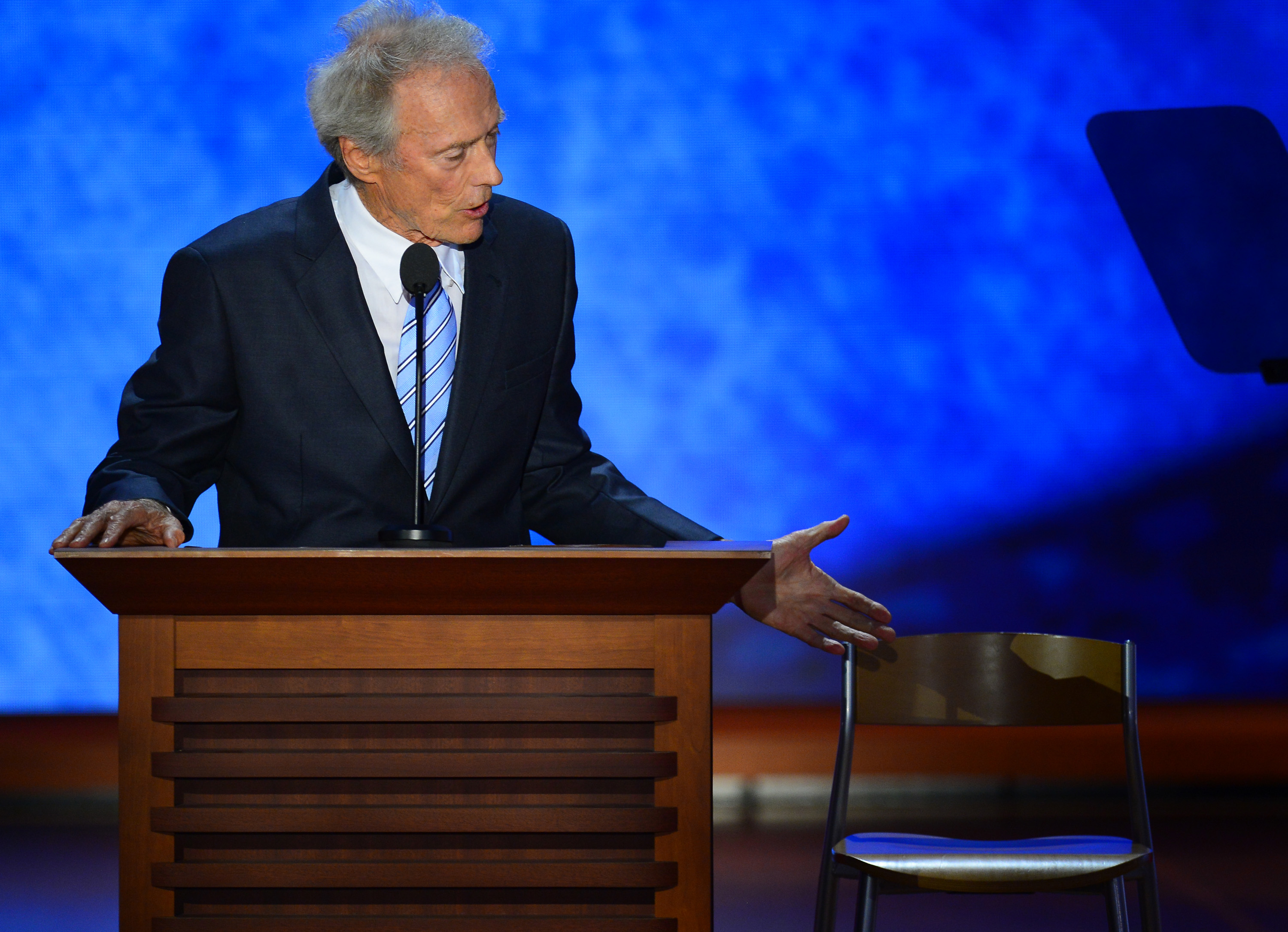 The DNC nominated President Franklin D. Roosevelt for an unprecedented third term in 1940 after a “voice from the sewer,” Thomas Garry, suddenly emerged to rally delegates and stampede the convention into choosing Roosevelt.

According to the New York Times, Garry was superintendent of sewers in Chicago and in charge of setting up the Chicago Stadium for the DNC when, at a key point in the convention, he used a separate sound system in the catacombs under the stadium and began booming “We want Roosevelt!” into a microphone.

Garry had arranged for the party faithful to fill the galleries and take up the chant — and the rest is history. With Europe already embroiled in World War II and American involvement looming, Roosevelt would go on to be reelected for a third (and eventually a fourth) term before dying in office in 1945. 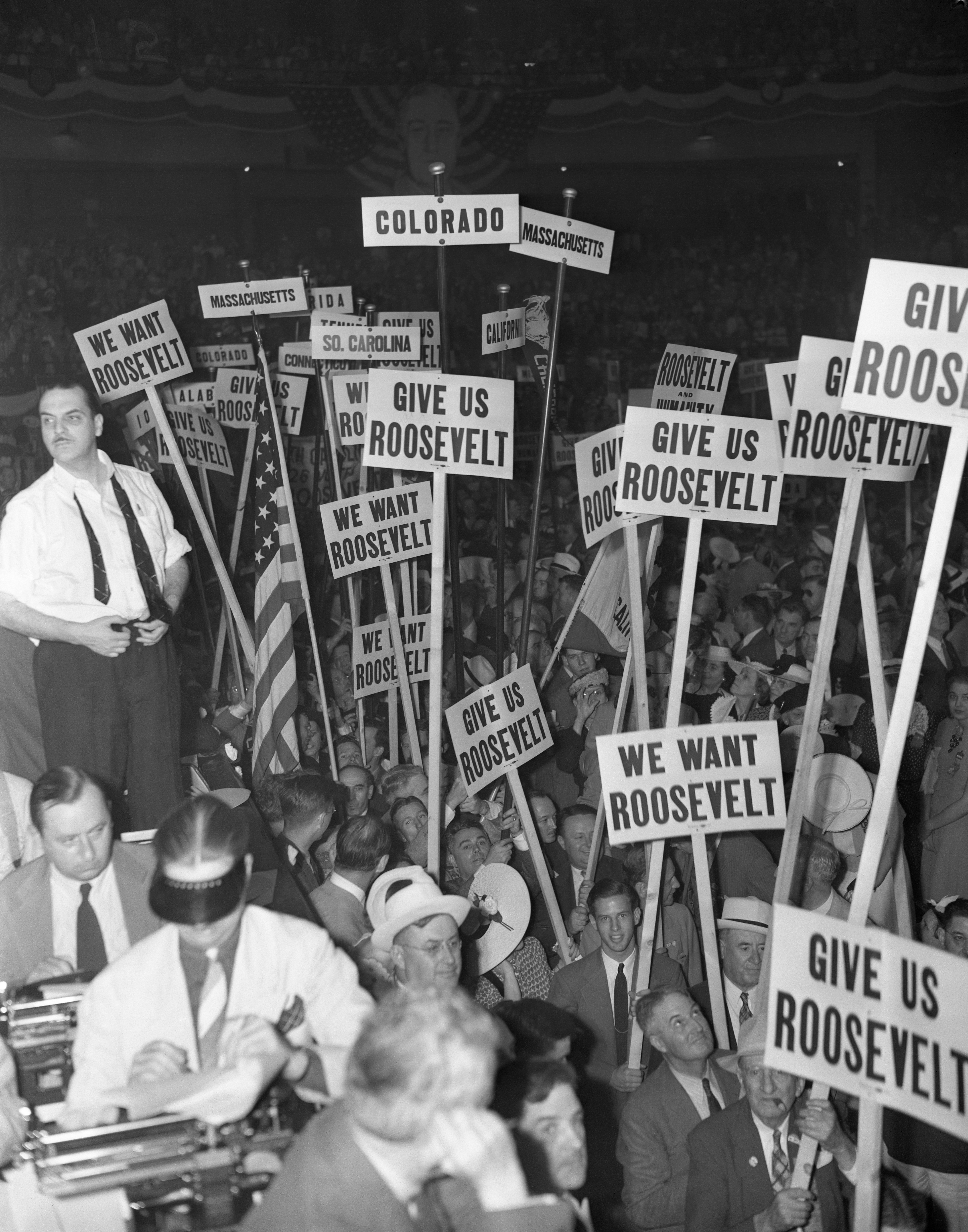 The world was introduced to then-Alaska Gov. Sarah Palin at the 2008 RNC, where she made her acceptance speech as Republican nominee John McCain’s running mate. Prior to the convention, more than seven out of 10 Americans had never heard of Palin, according to a Gallup poll at the time.

That all changed after her RNC speech, which “brought the Republican National Convention to its feet” as delegates chanted her name, according to ABC News. During the speech, Palin also delivered one of her famous one-liners — “You know, they say the difference between a hockey mom and a pit bull? Lipstick.”

The line helped cement Palin’s status as both a conservative icon and a pop culture figure who was memorably lampooned by Tina Fey on “Saturday Night Live.” 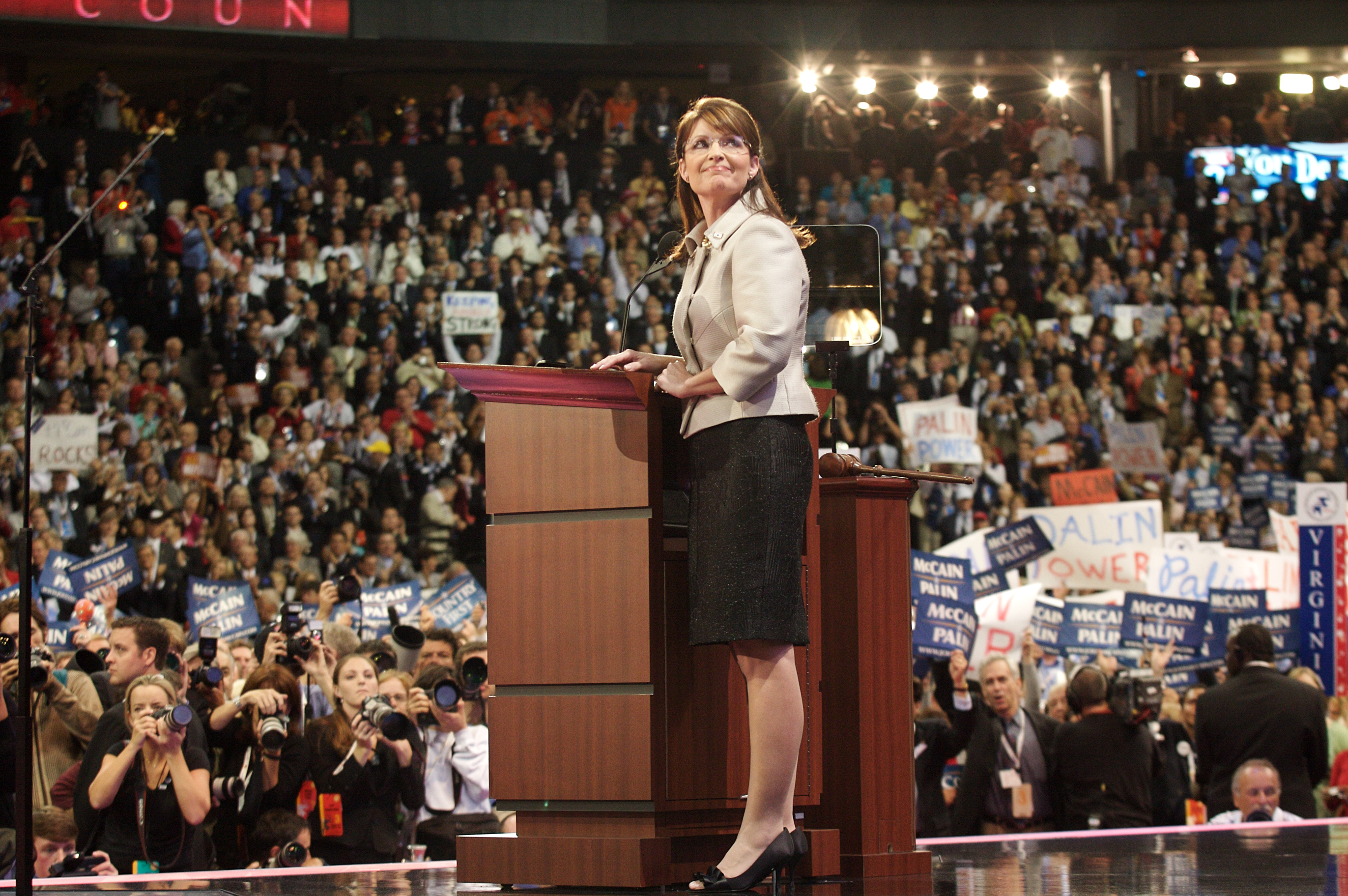 During the 2016 RNC, many accused Melania Trump of plagiarizing a speech given by Michelle Obama at the 2008 DNC. One section in particular was nearly identical.

“Barack and I were raised with so many of the same values. That you work hard for what you want in life. That your word is your bond, and you do what you say you’re going to do. That you treat people with dignity and respect, even if you don’t know them, and even if you don’t agree with them,” Michelle Obama said in 2008.

“From a young age, my parents impressed on me the values that you work hard for what you want in life. That your word is your bond, and you do what you say and keep your promise. That you treat people with respect,” Melania Trump said eight years later.

Meredith McIver, a staff writer for the Trump Organization, later took the fall.

“In working with Melania Trump on her recent First Lady speech, we discussed many people who inspired her and messages she wanted to share with the American people. A person she has always liked is Michelle Obama,” McIver wrote in an explanation. “Over the phone, she read me some passages from Michelle Obama’s speech as examples. I wrote them down and later included some of the phrasing in the draft that ultimately became the final speech.” 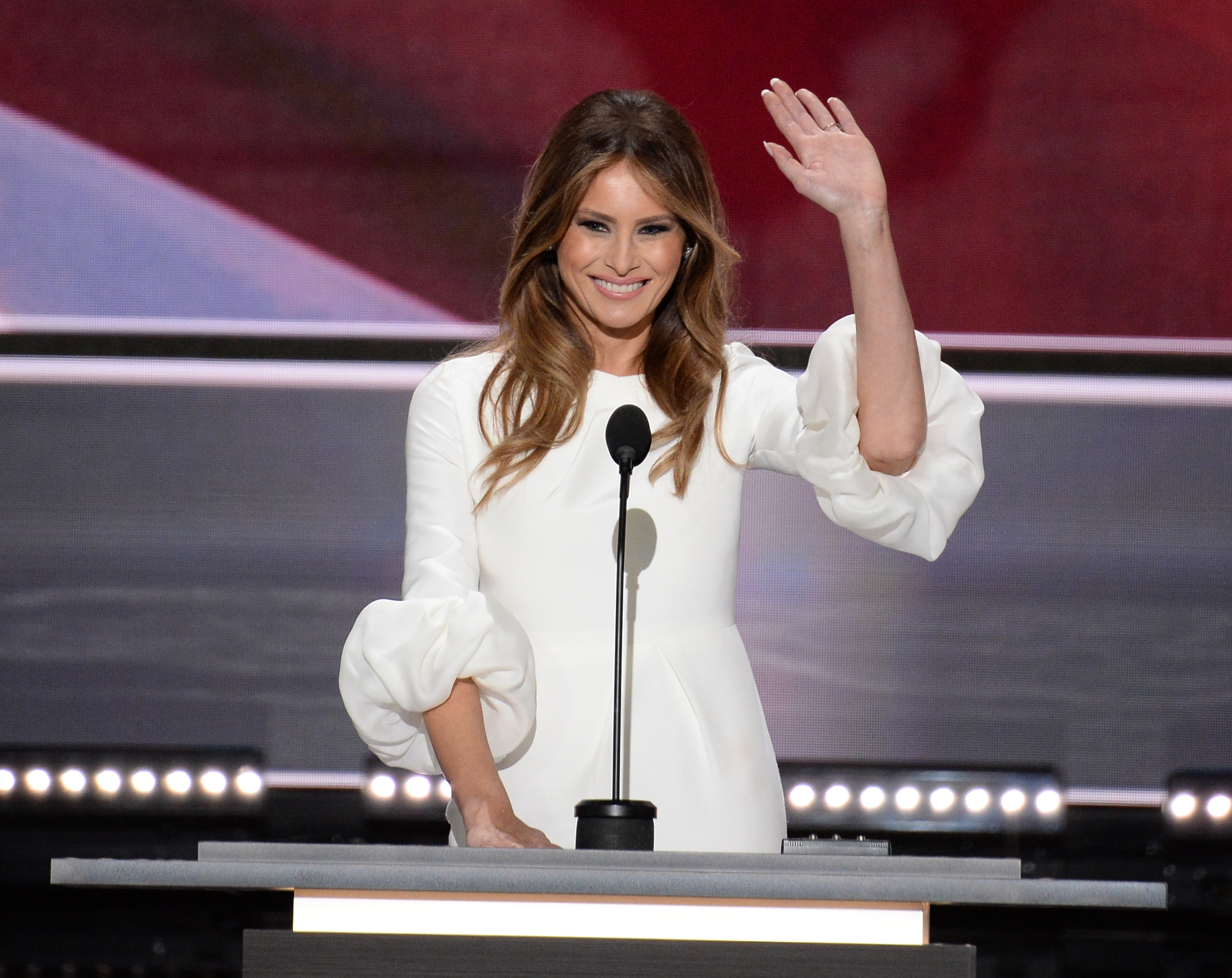 President Jimmy Carter’s reelection bid took an embarrassing blow when Democratic challenger Ted Kennedy snubbed him at the 1980 DNC, avoiding a unity pose with the president and offering only a formal handshake before leaving the stage.

Kennedy had made the unusual move of running against a sitting first-term president in his own party for the Democratic nomination. But after a failed coup at the convention, and an emotional concession speech by Kennedy on the convention floor, Carter hoped the popular Kennedy would stand with him onstage, arms aloft, in a sign of party unity.

Instead, after several failed attempts by Carter, Kennedy walked offstage smiling amid applause from the convention. “The president of the United States was groveling on live TV, in front of the nation, for a photo with the man he had defeated for his own party’s nomination,” wrote Yahoo News Senior Political Correspondent Jon Ward. “It was all awkward enough to make the country wonder if Democrats had made the right choice.” 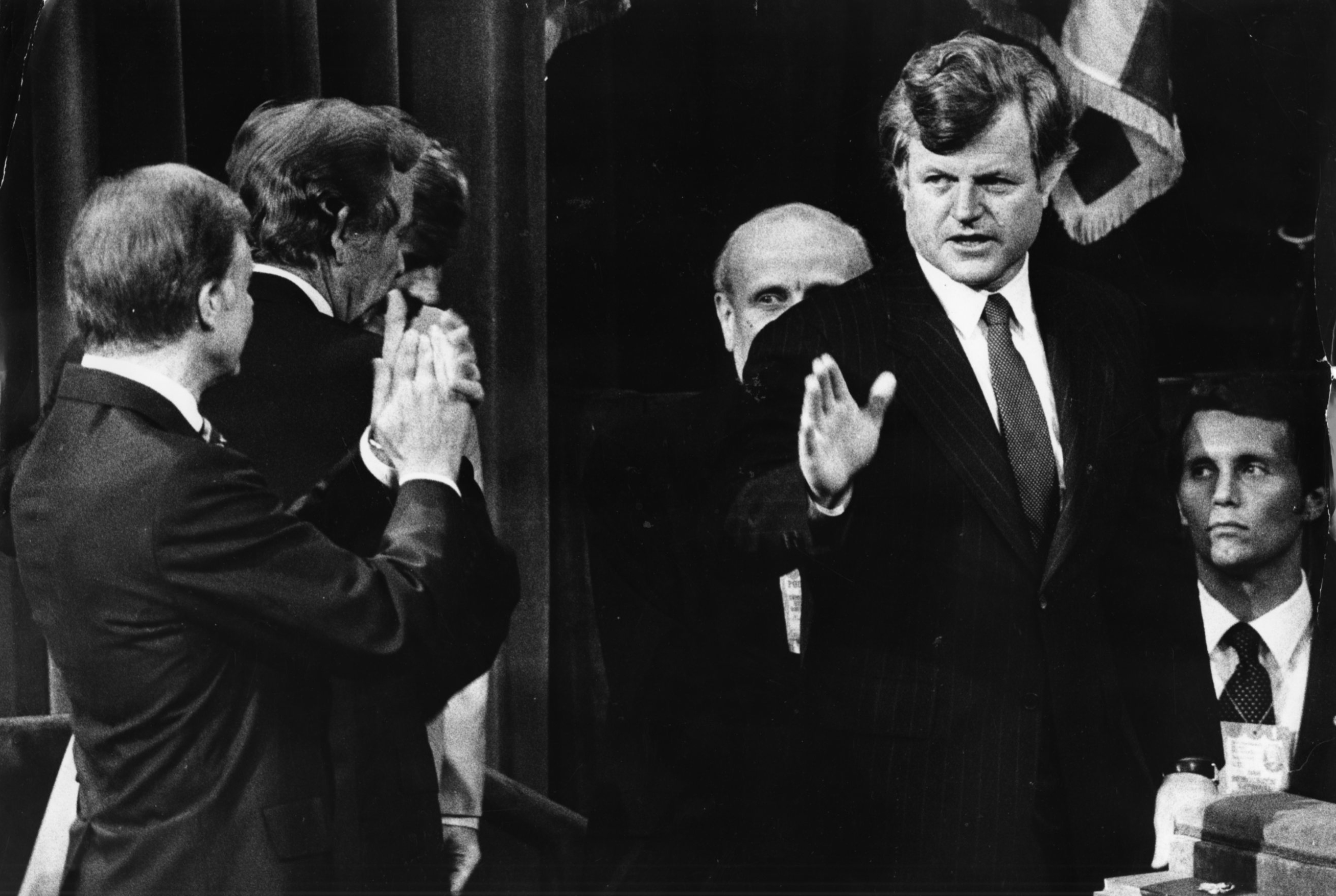 While introducing 1988 Democratic nominee Michael Dukakis, then-Arkansas Gov. Bill Clinton received boos and jeers from restless delegates during a speech that ran nearly 20 minutes over the 15 minutes he had been allotted.

“He droned on and on, and droned on,” Tom Brokaw recalled. “When he finally said, ‘In conclusion,’ people began to cheer.”

The speech could have been a career-ending disaster. But four years later the “Comeback Kid” reappeared at the DNC, this time as the party’s nominee for president. 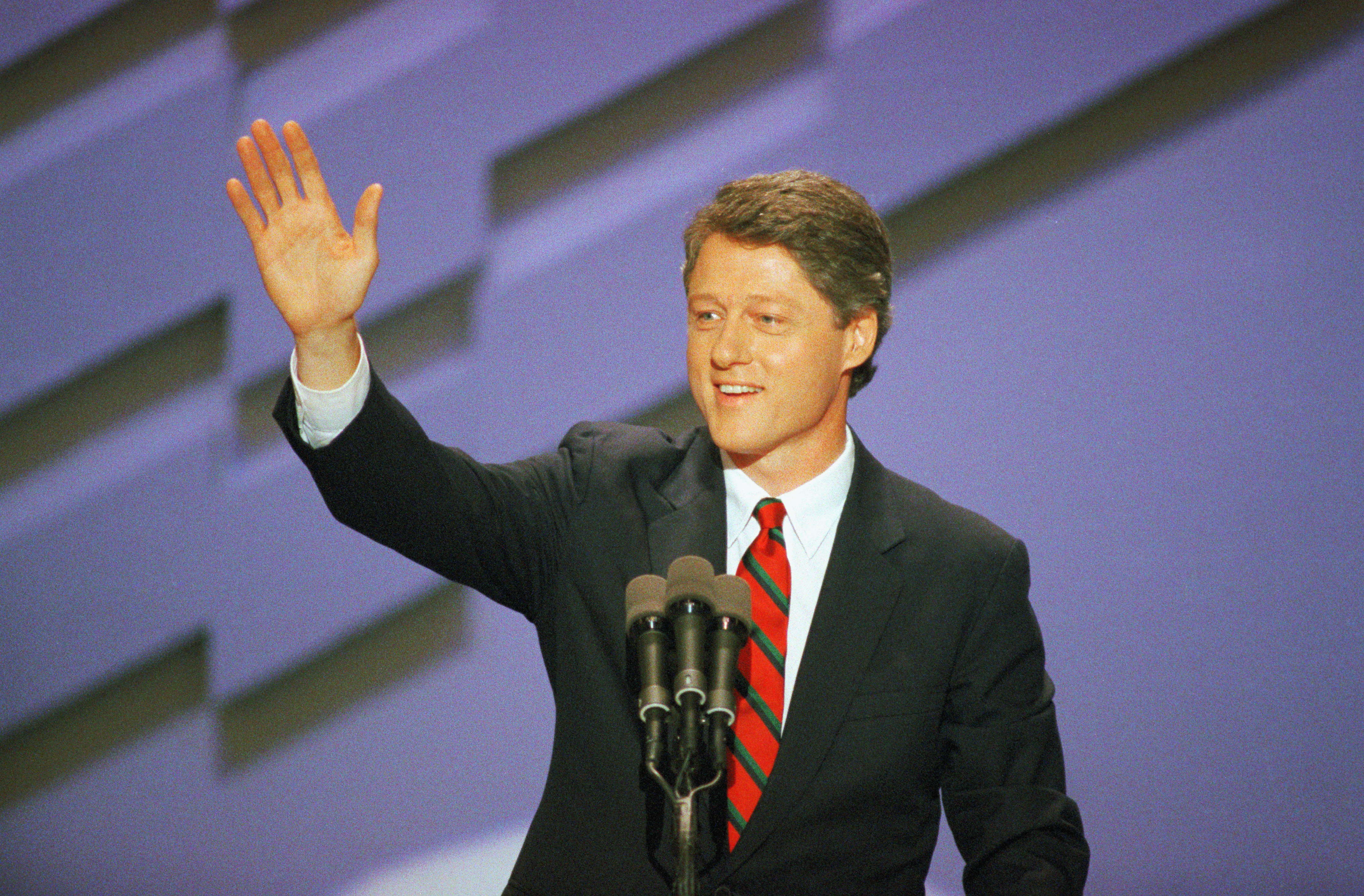