Formula DUMB! Confused SUV owner forces racing drivers to slam on the brakes after she drives up the pit lane of the Interlagos F1 track in Brazil

This is the bizarre moment racing drivers come across a SUV blocking the pit lane exit as the driver desperately carries out a ‘three-point turn’ to get out of the way.

The incident took place at the famed Interlagos motorsport circuit in the Brazilian city of Sao Paulo, home of the Brazilian Grand Prix.

Footage shows two racing car drivers slamming on the brakes as a Mercedes GLA driver attempts an Austin Powers-style three point turn in front of them. 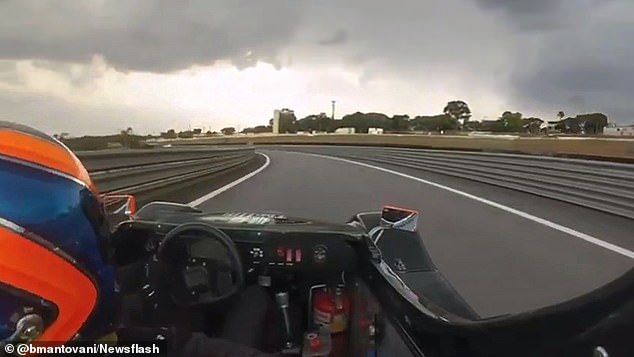 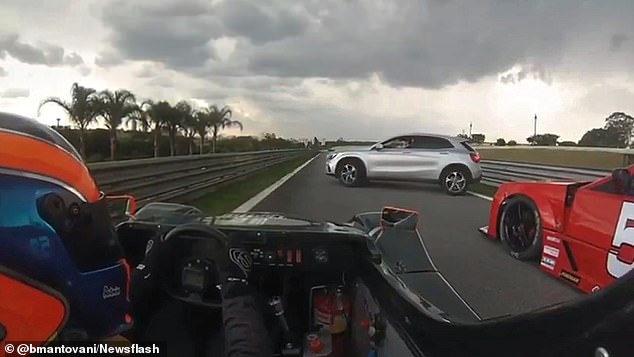 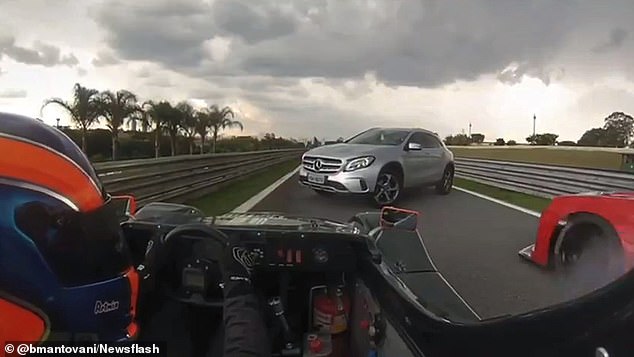 It is unclear when the footage was filmed, but it was posted on Twitter on December 1.

It is believed that the event was a practice run and not an official race, unlike a similar incident in October when a Mini driver accidentally gate-crashed a Copa Mercedes race at the same circuit.

Driver Renata Monti, 29, a publicist who was meant to be covering a nearby drag race, took a wrong turn and ended up on the circuit during the race.

She later explained that there were no cones, signs, or staff members at the racetrack entrance.

It is not known if the responsible authorities plan to make changes at the circuit to stop these kinds of incidents happening again.