The frightening moment a footbridge collapsed, sending a mayor and about two dozen other people plunging into a riverbed in the southcentral Mexican state of Morelos was caught on camera.

About 25 people were injured, according to the city government.

A cellphone video of the accident shows a man jumping twice as he walked onto the hanging bridge that is made of wooden boards and metal chains.

The man who leapt up-and-down manages to hold on to the chain line and remains suspended several feet over the rocks and boulders in the streambed. 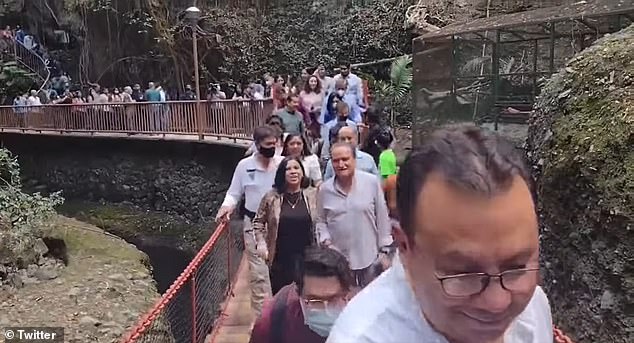 City officials and press members were among those who joined the mayor of the south central Mexico of Cuernavaca to celebrate the inauguration of a footbridge Tuesday moments before it collapsed, sending about two dozen people plunging into a stream 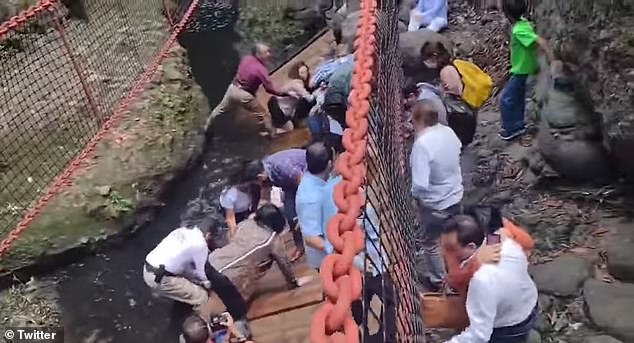 At least 25 people were injured after a footbridge collapsed in the south central Mexican city of Cuernavaca on Tuesday. Mayor José Luis Urióstegui was joined by his wife, city officials and journalist for the inaugural walk across the Ribereño Bridge at Porfirio Díaz Park when the span that had been recently remodeled collapsed 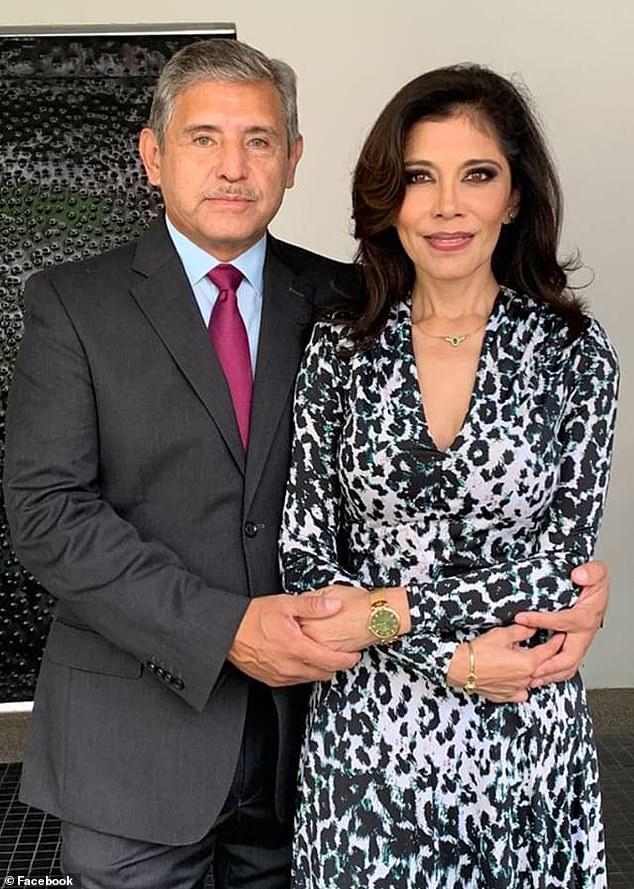 Mayor Urióstegui said after the incident that some of the people accompanying him on the walk had been jumping on the bridge, perhaps in an attempt to make it sway.

‘There were a lot of people jumping. That was reckless,’ Urióstegui said.

The mayor added that the number of officials and journalists could have exceeded the bridge’s capacity, causing it to fall apart.

‘There were more of us than there should have been there,’ he said.

The Cuernavaca city government said in a statement that four city council members, two other city officials and a local reporter were injured and had to be extracted on stretchers from the gully and were taken to local hospitals.

Urióstegui himself was taken to a hospital with ‘light injuries,’ but later spoke to reporters outside.

He said his wife Luz María Zagal Guzmán suffered a left femur injury and was scheduled to undergo surgery.

Cuernavaca councilwoman Patricia Torres had surgery to repair an ankle fracture and is in stable condition.

Councilman Fernando Carrillo was hospitalized for a head injury and is recovering.

Wendi Salinas y Mirna Delgado, who are also part of the Cuernavaca city council, were discharged after receiving medical attention. 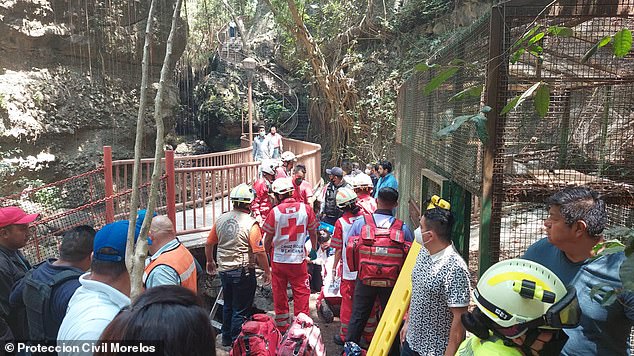 Red Cross workers tend to some of the people who were injured when a footbridge collapsed in Cuernavaca, Mexico, on Tuesday 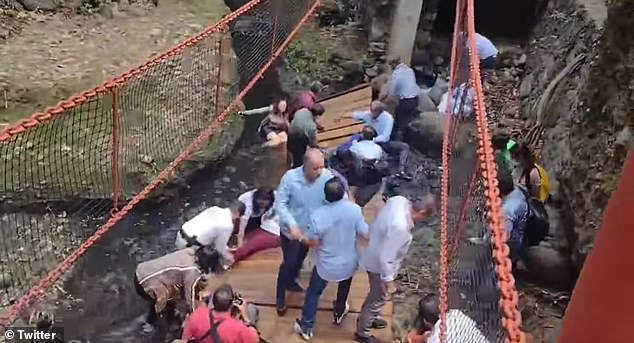 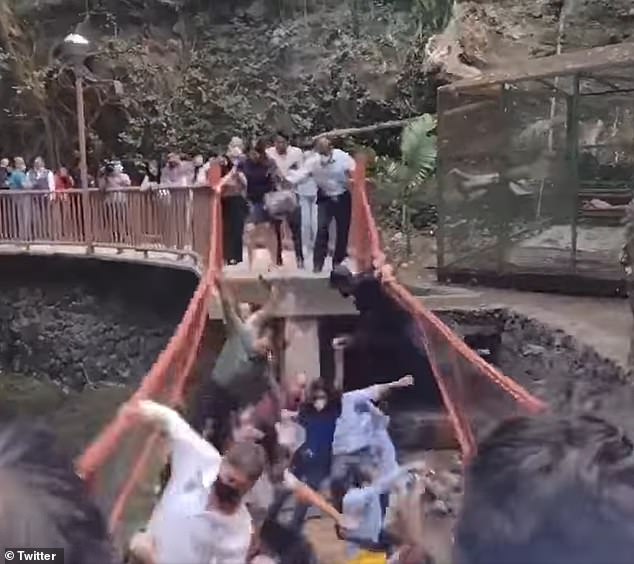 Still image from a cellphone video captures the frightening moment a footbridge snapped over a stream in Cuernavaca, Mexico, on Tuesday, injuring at least 25 people

The Morelos state government said the hanging footbridge was not included in a $340,000 riverwalk construction program that started in 2021 and may have existed prior to that.

Cuernavaca, located just 53 miles south of Mexico City, has long been a weekend getaway for capital residents due to its abundance of water and balmy climate.

The footbridge was part of a river walk along one of the city’s many streams.

Cuernavaca has undergone explosive growth and has largely ignored or polluted many of its waterways. The river walk was intended to be part of a revival of the city’s natural attractions.