MICHAEL Gove has vowed there is "no point" in more Brexit talks and called for the UK to get ready for No Deal.

As the Cabinet minister denounced further meetings as "pointless" in the House of Commons, EU negotiator Michel Barnier caved to pressure and agreed to "intensified" discussions. 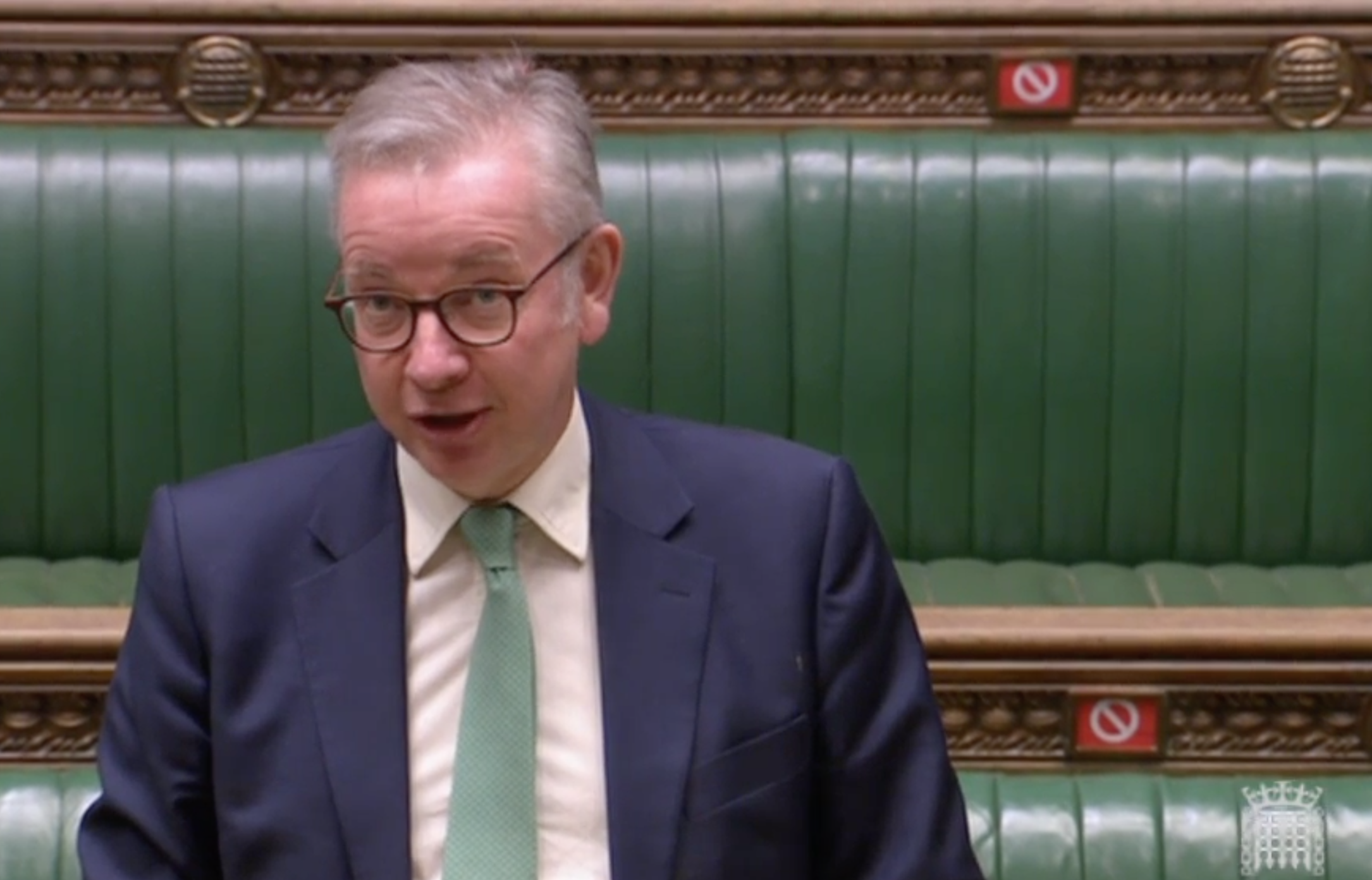 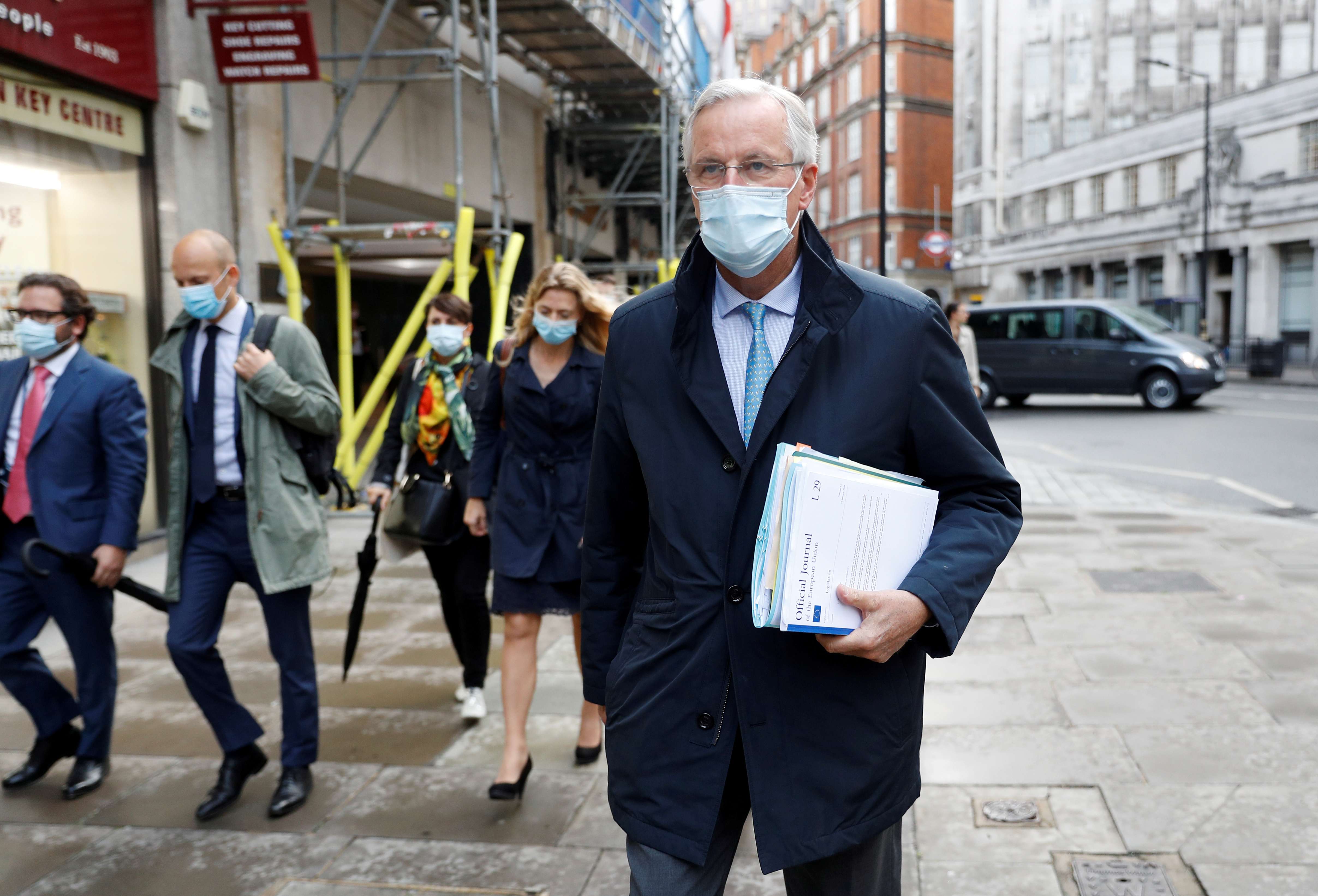 After Boris Johnson's gave up talks last week, Mr Gove told MPs a Canada-style free trade agreement "would not now happen" and told businesses to "get ready" for No Deal.

He said this afternoon: "There needs to be a fundamental change in approach from the EU if the process is to get back on track."

Mr Gove slammed the bloc for backtracking on promises made by EU Commission Chief Ursula von der Leyen that there would be intensive talks in the run up Mr Johnson's October 15 deadline to make progress.

He said: "The conclusions of the European Council meeting dropped a reference to intensive talks that had been in the draft and declared that all future moves had to be made by the UK."

"There's no point in negotiations proceeding as long as the EU sticks with this position, such talks would be meaningless and would take us no nearer to a workable position."

And Mr Gove hammered home the message that Britain "should get ready" for January 1st next year, when the transition period will end with so-called Australian-style trading rules – code for No Deal.

But he didn't entirely slam the door on more talks – saying if EU chiefs wanted to come back and hash out a deal they would have to give up their stubborn positions.

"If the EU wants to change this situation, and I devoutly hope it will, it needs to make a fundamental change in it's approach.

"It has to be serious about talking intensively on all issues."

"We have to be in control of our own borders, our fishing laws, we have to be free to thrive as an independent, trading nation," he said.

And as Mr Gove ramped up the rhetoric on No Deal, EU chief negotiator Mr Barnier finally caved to Britain's demands after a call with Britain's negotiator David Frost.

He wrote on Twitter: "I just spoke to @DavidGHFrost.

"As stated by President (Ursula von der Leyen) on Friday, I confirmed that the EU remains available to intensify talks in London this week, on all subjects, and based on legal texts."

Responding to Mr Barnier bowing to the pressure, Mr Gove said: "We need to make sure that we work on the basis of the proposed intensification that they propose.

"I prefer to look forward in optimism rather than to look back in anger.

"The difficult period over the past few weeks has been a result of some of the EU side not being as energetic as we have been to reach an agreement."

But he warned he would not put up with "the illusion of engagement, without the reality of compromise."

He said: "(EU bosses) want the continued ability to control our legislative freedom, our fisheries in a way that is completely unacceptable to an independent country.

"And since we have only 10 weeks until the end of the transition period on January 1, I have to make judgment about the likely outcome and get us ready.

"And given that they have refused to negotiate seriously for much of the last few months and given that this summit appears explicitly to rule out a Canada-style deal, I've concluded that we should get ready for January 1 with arrangements that are more like Australia's based on simple principles of global free trade."