Michel Barnier has warned EU states that Brexit talks are stuck in ‘paralysis’ after Boris Johnson’s crack team failed to come up with any proposals to break the Irish backstop deadlock.

The EU’s chief negotiator wrote to envoys from the bloc’s 27 nations raising his doubts that a breakthrough could be reached in talks as the two sides head for a No-Deal Brexit on October 31.

Barnier’s warning came on the same day that he held a six-hour long meeting with David Frost, the prime minister’s own chief negotiator, in Brussels.

EU officials claimed that Mr Frost was unable to present any reasonable alternative to the backstop that would protect the soft border between Ireland and the UK. 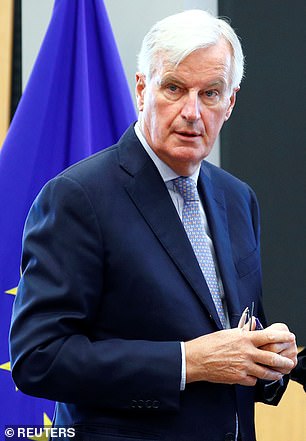 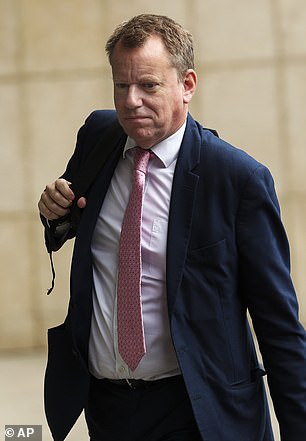 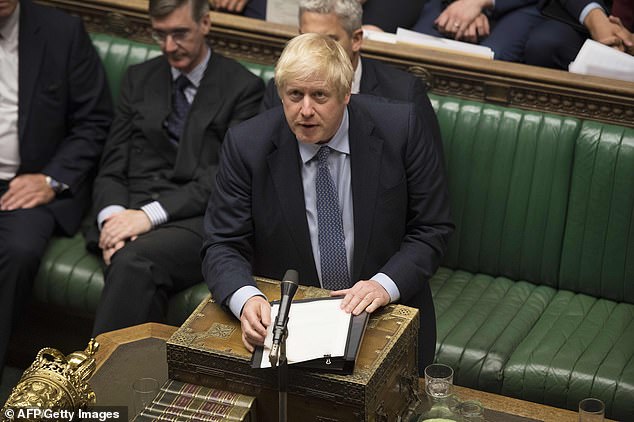 Boris Johnson (pictured above) said the ‘country must decide’ after the Remainer legislation was passed by the Commons. The PM needed to get the agreement of two thirds of the House for an early election, but fell far short of the mark

In a leaked diplomatic note seen by the Financial Times, Mr Barnier claimed: ‘We are currently in a state of paralysis’.

The EU has even said Brexit talks are ‘completely irrelevant’ because Mr Johnson is powerless to get a deal through the Commons.

The bloc ramped up its No Deal preparations and said negotiations were futile as Mr Johnson has ‘lost control’ after his majority plummeted from 1 to -43.

One senior official told the Mail that Mr Frost’s visits, which have been stepped up to two a week, were ‘purely cosmetic’ and just ‘talks about talks’.

Another EU source said: ‘Why move if we know it can never pass in the House of Commons?

‘The British can come over here and ask what they want, but without being able to promise it can pass through Parliament, there’s nothing to talk about.’ 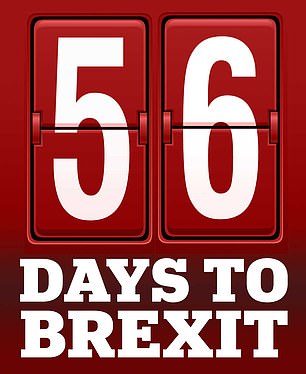 Sources say EU leaders will most likely grant another Brexit extension if Mr Johnson is forced to ask for one by MPs because the bloc does not want to be blamed for No Deal.

Last night, Jeremy Corbyn denied voters the chance to decide the future of Brexit after ordering his MPs to block Boris Johnson’s call for a snap election.

A visibly frustrated PM ridiculed the stance taken by Corbyn – who did not even bother to be present for the declaration of the result – taunting that he was the first Opposition leader ‘in history’ to turn down the opportunity of a poll.

But crucially, Mr Johnson did not give a clear indication of how he might now try to extricate himself from the impasse – merely hinting that he might try staging another vote in the coming days.

That move appeared more likely in the early hours of today after the House of Lords reached an unexpected agreement to allow the rebel No Deal bill to pass by tomorrow evening.

That potential lifeline would remove a key obstacle to Labour supporting a new bid to send Britain to the polls. Without it, Mr Johnson appeared to have few other cards left to play.

Yesterday’s vote leaves the Prime Minister in potential purgatory with just a few days to find a solution before Parliament is suspended next week.

Last night aides were frantically casting round for an alternative way to either force an election or kill off the rebel legislation. 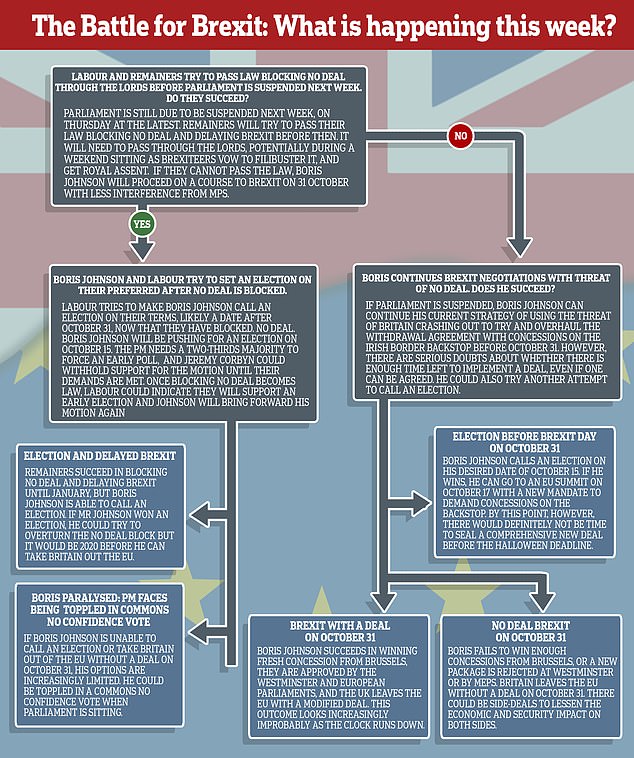