BORIS Johnson’s alleged use of an ultra-secretive messaging app that destroys texts after sending faces a courtroom challenge.

Last year The Sun revealed the PM had joined Signal, the most secure digital communication app on the open market, alongside a host of other ministers and officials. 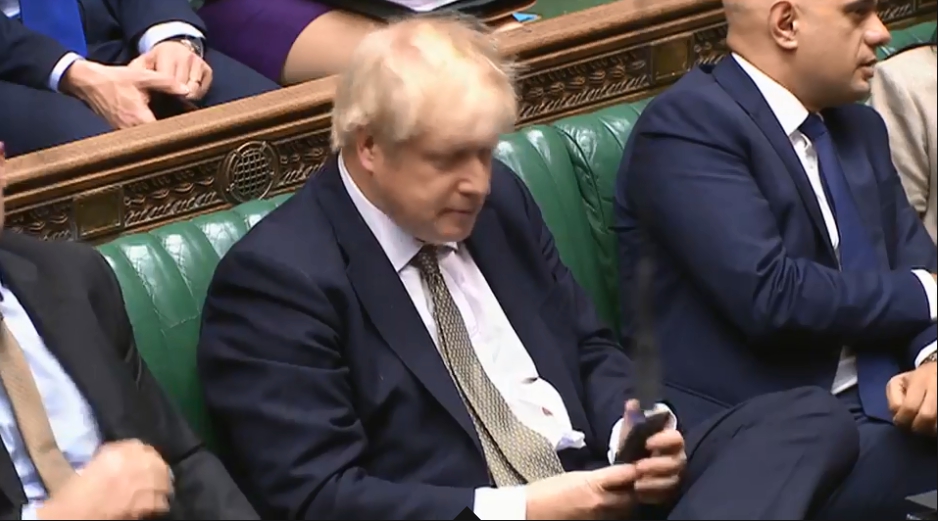 It gives users the option of being able to self-destruct their messages within a set period of time, from a week down to just five seconds.

Disappearing messages are liked by senior Government figures because they help limit leaks.

But transparency campaigners fear it is a loophole to avoid scrutiny fromFreedom of Information laws and are threatening legal action.

The law states all such communications must be retained forever like emails but there are growing concerns ministers and aides are bypassing this by using the self-destructing instant messages.

A spokesperson for campaign group Citizens claims: “Government business is being conducted under a cloak of secrecy enabled by the tech platforms.”

They added: “This entire period of British history is going to be one giant black hole. We are in an unprecedented national emergency and we are going to have no records of how decisions were made or even who made them."

They have joined forces with anti-big tech group Foxglove as they mull legal action.

Their boss Cori Crider said: “We’re deeply concerned by this government’s approach to data – it seems to involve collecting more and more information on all of us, while we have less and less information on our own representatives. “

And she threatened: "Privacy is for the people – transparency is for the government. And if we have to sue to tip the scales back in favour of the citizen, so be it.”

The campaigners have given ministers 14 days to give a clear explanation of how the secret messages are monitored and stored – and accessible by FoI – or they will begin Judicial Review proceedings.

Asked about the PM’s social media habits his spokesman said last night: “We abide by all the relevant data laws. We are transparent.”

They added: “We of course abide by the FoI laws to ensure that any questions asked are responded to in a timely fashion.”

FAR too much Downing Street business is done in secret.

That has worsened since everyone from the PM down began using Signal, a highly-encrypted messaging app which automatically deletes texts.

It means hugely important conversations — about policy failures, or maybe worse — are impossible for the public or Press to scrutinise via Freedom of Information requests or even court order. It is a licence for cover-ups.

The Sun revealed this practice last May. Now the Government faces a legal challenge — and we hope it succeeds.

Ministers do need to secure  communications against hostile states’ hackers. But they must be accountable too for how critical decisions are arrived at.

That is not possible if no one can ever prove who said what and to who.

', Ministers, of, Secret, use
World News