Crime is spilling into Minneapolis’ suburbs, putting the neighborhoods “under attack from mobile criminals,” one local mayor said.

“Our town, and our neighboring towns, have had their security and serenity under attack from mobile criminals who are coming into Edina and other nearby communities to steal private property and in some cases injuring people who resist or assist a victim,” Edina Mayor Jim Hovland said in an email to residents of the town Sunday, Fox 9 reported. “Edina residents have become angry and fearful. The peace and tranquility of our community has been disrupted. At a time when we should be celebrating peace in our families, communities and places of worship, we all worry what each day will bring in the way of criminal activity.”

Hovland said he will meet with mayors, city managers and police chiefs of neighboring towns to discuss how to combat the recent increase in crimes. 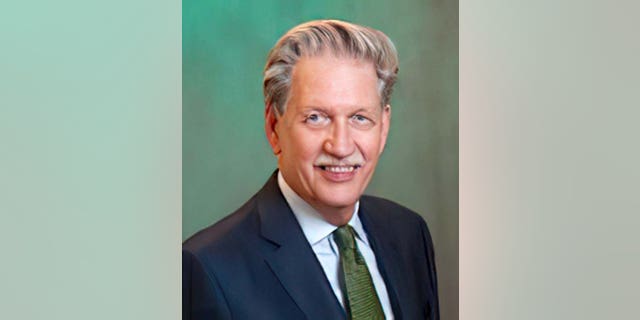 “Whatever resources our Police Department wants available, we will facilitate on behalf of our residents,” Hovland continued. “Our Police Department has responded and has been working around the clock on not just responding to emergencies involving criminal behavior, but also working with Police Departments in neighboring cities to share information and security strategies to combat and catch these criminals.”

Carjackings in Minneapolis have spiked this year. More than 500 carjackings have been reported so far this year, which is 100 more than 2020, CBS Minnesota reported. The crime has spilled into the suburbs, including an attempted carjacking in Edina on Thursday night. 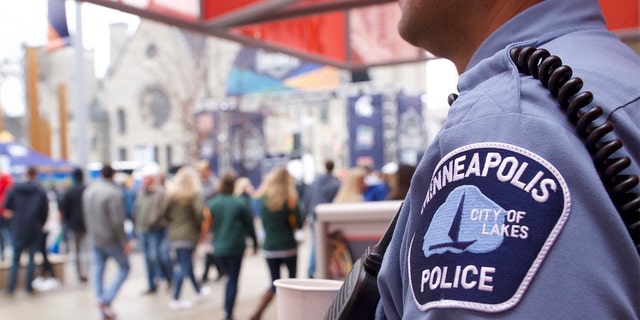 The city is offering a $5,000 reward for information on four suspected teenage boys who tried to carjack an occupied vehicle. The crime was thwarted by Good Samaritans who intervened.

Three people were injured during the incident, one seriously, and the suspects were able to flee the area.

In the weeks leading up to Thanksgiving, the Edina Police Department investigated at least three vehicles stolen from homes during the day and repeated thefts from cars, Fox 9 reported. The crimes sparked police to increase patrol of the neighborhoods where the theft occurred.

“We need to be both on offense and defense with regard to this criminal activity. On the offensive side, as mentioned above, we are working day and night to apprehend these criminals and thwart future criminal activity. We will look at the latest in technology to see how it can assist us in this effort and we will work closely with our neighboring communities to end this outburst of crime,” Hovland added in his message to residents. 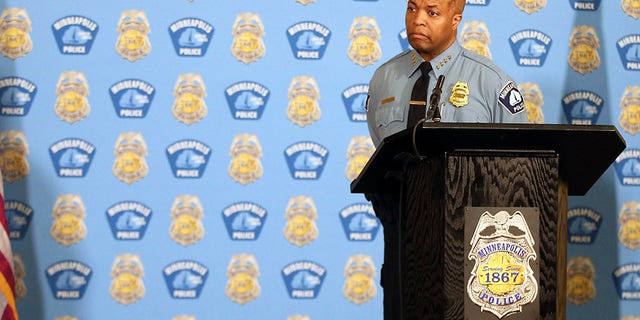 Minneapolis Police Chief Medaria Arradondo listens to a question Wednesday, June 10, 2020 in Minneapolis. The press conference follows the Memorial Day death of George Floyd in police custody after video shared online by a bystander showed former officer Derek Chauvin kneeling on Floyd’s neck during his arrest as he pleaded that he couldn’t breathe. (AP Photo/Jim Mone)

Smash-and-grab lootings have also unfolded in the Twin Cities. About 30 people stormed a Best Buy on Black Friday in the city, stealing electronics. Another Best Buy in St. Paul was also hit by thieves on Black Friday.

Calls to defund the police rang out in Minneapolis following Floyd’s death, sparking the city to strip millions from the police department. This month, the mayor and city council agreed to a $191 million police budget that will nearly restore the budget to pre-2020 funding to the department following the crime surge.