Mississippi inmate who escaped troubled prison is captured in Tennessee

The second of two inmates who escaped a troubled Mississippi prison where three others were killed last week has been taken into custody in Tennessee.

Dillion Williams, who vanished from the Mississippi State Penitentiary at Parchman early Saturday, was arrested Monday in a wooded area near Rossville, about 100 miles away and just across the state’s northern border.

“Teamwork at its finest!” the Tennessee Department of Correction posted on Twitter alongside an image of the 27-year-old being detained by an officer. 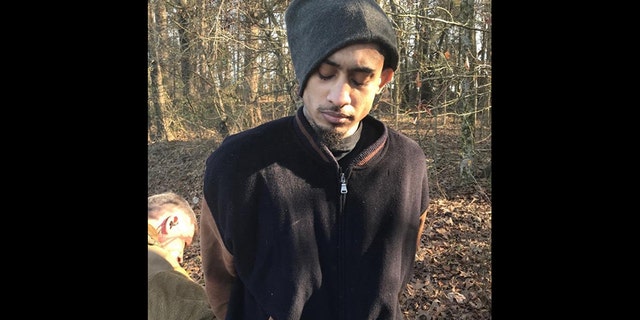 Dillion Williams, who escaped from the Mississippi State Penitentiary at Parchman early Saturday, was arrested Monday in Tennessee. (Tennessee Department of Correction)

Williams had been serving a 40-year sentence for residential burglary and aggravated assault.

The other inmate who busted out of the prison with Williams, David May, was arrested early Sunday after police found the pickup truck they are alleged to have used in their escape.

Two inmates were stabbed to death at Parchman last week and another was found dead in his jail cell in a series of killings that Mississippi’s outgoing prisons chief says is linked to gang disputes.