This is the moment a truck full of fireworks exploded as a Bonfire Night display went horribly wrong.

Hundreds of people were watching the display at Ringwood Raceway in Matchams, Dorset, on Saturday night when a hot end from one of the fireworks landed in the bed of a tipper truck and the whole vehicle caught on fire.

Spectators were left dumbfounded and one eyewitness described it as ‘carnage’ as everyone fled from danger. 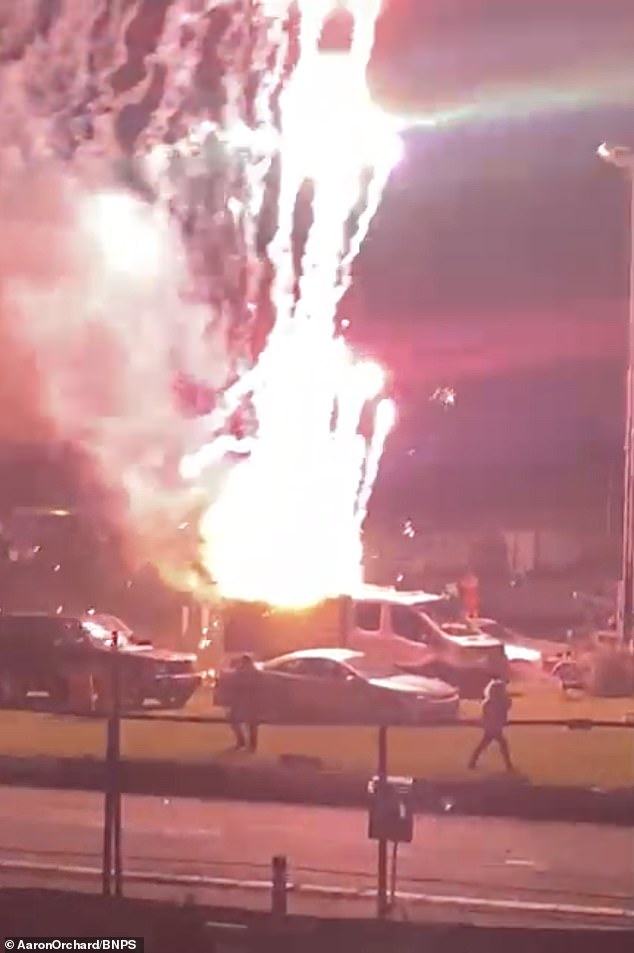 A firework landed inside a tipper truck during a display at Ringwood Raceway in Matchams, Dorset, on Saturday night

Fireworks exploded from the truck for about three minutes before marshalls were able to get the blaze under control.

As the fireworks finished exploding an announcer told the crowd: ‘That was not quite scheduled to happen. Did you enjoy that? You aren’t going to see that anywhere else.’

Aaron Orchard, from Abbotswood in Hampshire, attended the banger racing and fireworks event with his partner Fay Lucas and captured the disaster on camera.

He said there were a lot of people crammed into the event, which cost £20 a ticket.

The 22-year-old, who runs a gardening business, said: ‘The van just exploded and chucked up like mushroom clouds and everybody just started running.

‘It just turned into carnage, people were hurting each other trying to get out the way.

‘There were hundreds of cars parked about 30 metres from where it happened so fireworks were hitting cars and everyone was running away from the fence. 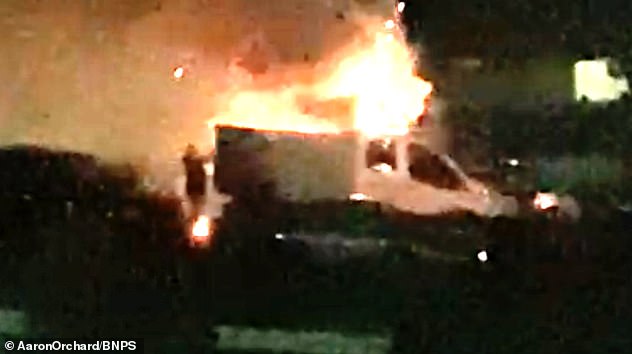 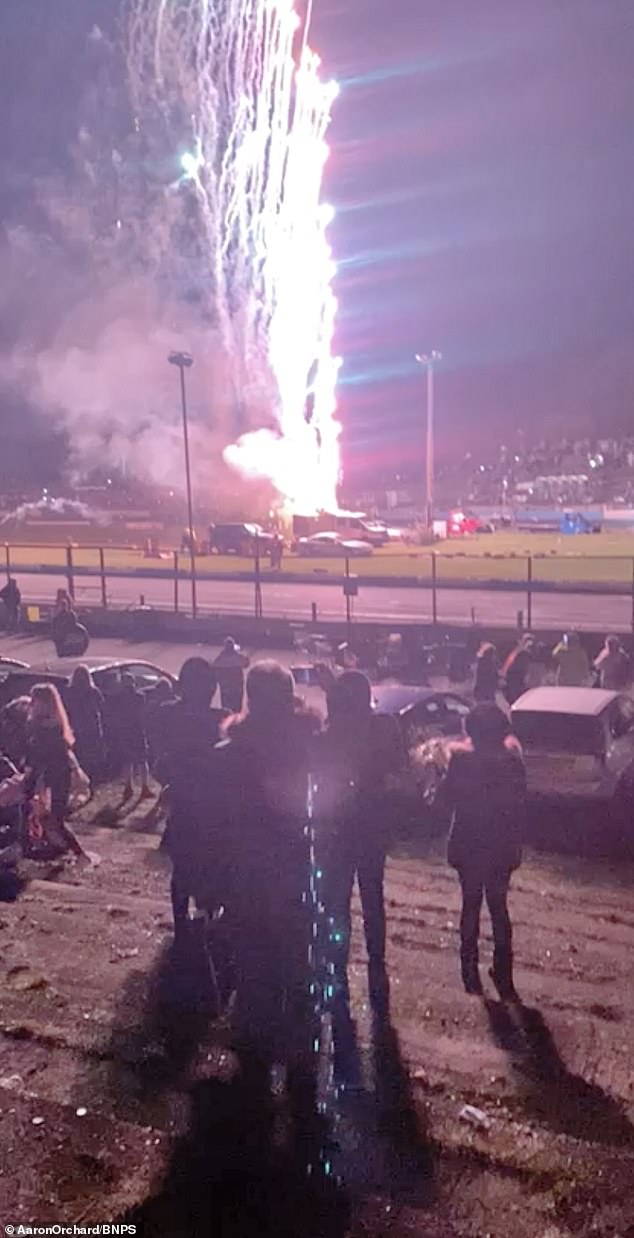 ‘The whole thing was a complete shambles. I’ve never heard of anything like it.

Another eyewitness said that organisers apologised afterwards and said if anyone had any injuries to get them checked.

A Dorset fire service spokesman said they attended at 9.23pm but the fire had already been extinguished when they arrived.

The organisers have been contacted but have not yet commented.